THE Gavin and Stacey cast are reuniting for a brand new BBC Christmas Day show after the broadcaster faced a backlash for their festive TV schedule.

The schedule – released yesterday – was blasted for being the “worst Christmas TV schedule EVER” by fans. 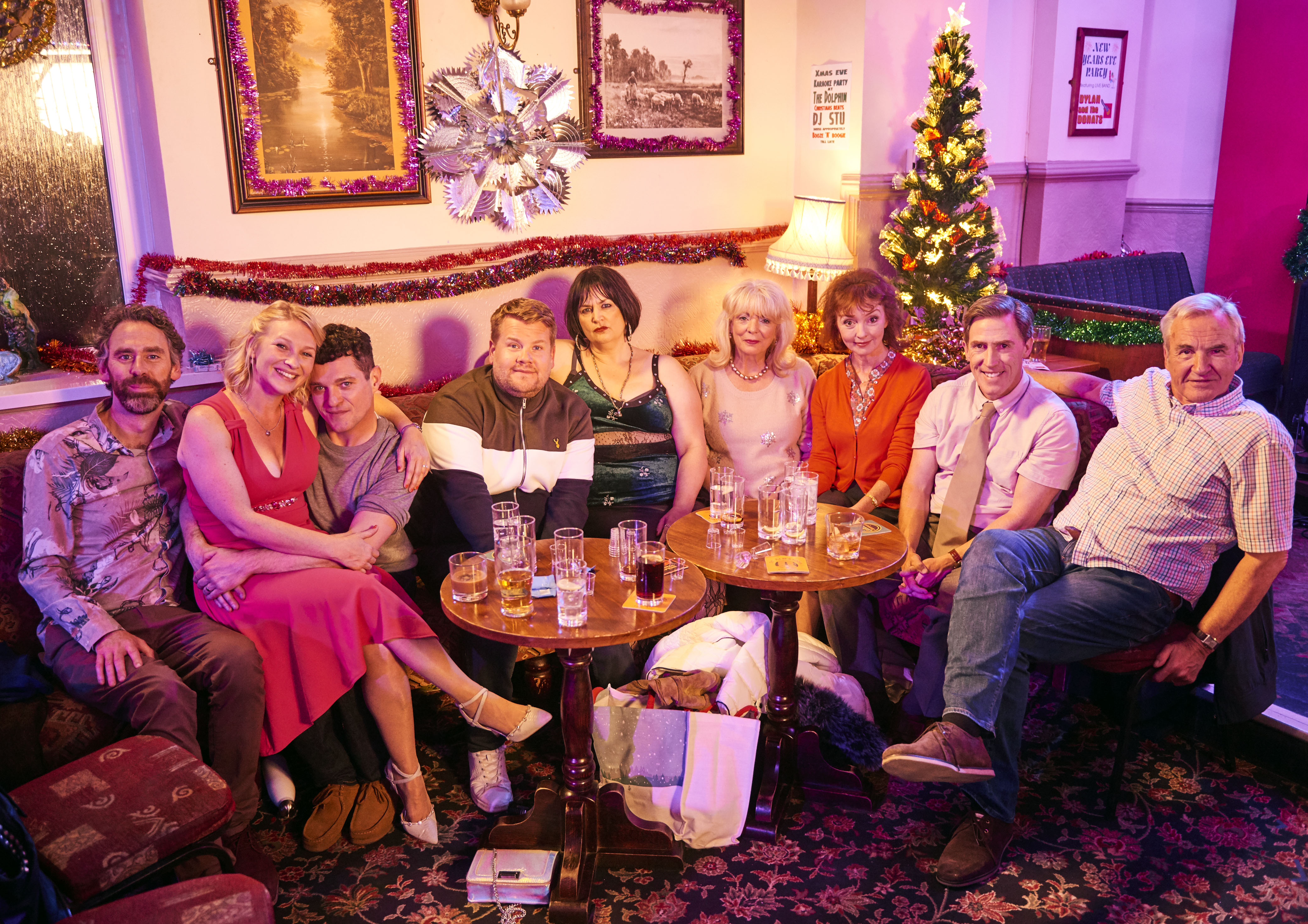 The Gavin and Stacey gang will mostly reuniteCredit: BBC

Many were disappointed Gavin and Stacey was not returning for a Christmas special after the smash hit of the 2019 one.

While fans will have to wait a bit longer for the next chapter in the Essex-Wales comedy, the cast have promised to add a bit of festive entertainment.

Matt Horne (Gavin) and Joanna Page (Stacey) will be fronting a Christmas show on BBC Radio Wales with their co-stars.

They will be joined by Larry Lamb, Alison Steadman, Melanie Walters, Steffan Rhodri and Robert Wilfort. 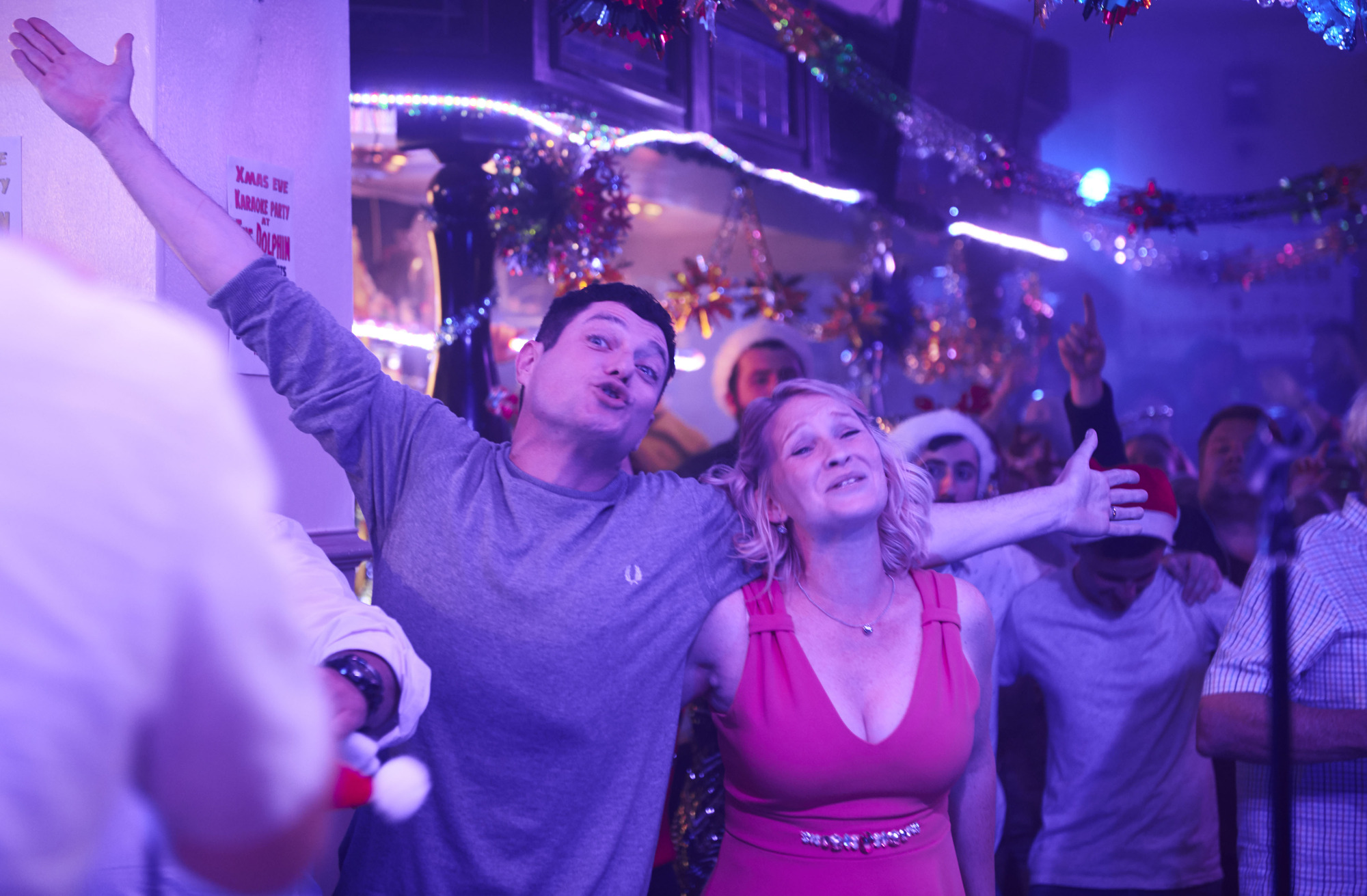 The show will be hosted by Matt and JoannaCredit: BBC

James Corden won’t be in attendance, but he has recorded a special message from his home in Los Angeles.

Joanna said: “When it came up that we could do a Christmas Day show I knew that if there was anybody I’d want to share that with, it’s Matt. I love working with him, he’s so much fun.”

Matt said: “I love working with Jo, I love Wales and I love doing radio.

“Christmas Day is a special day and, particularly this year, it’s been very challenging for a lot of people. So it’s nice to feel like we might be bringing a little bit of joy.” 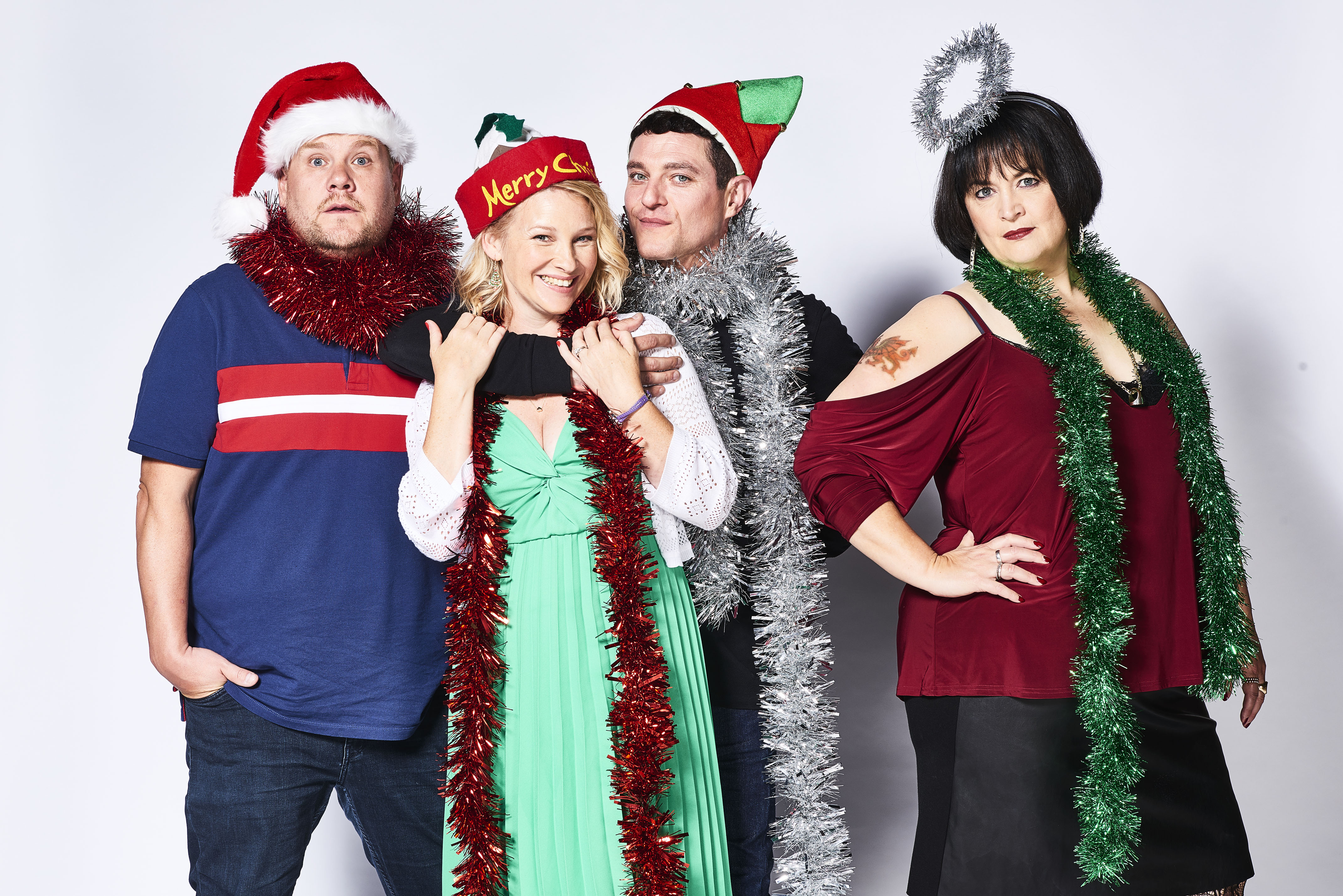 The Gavin and Stacey Christmas Special was a smash hitCredit: WARNING: Use of this image is subject to the terms of use of BBC Pictures’ Digital Picture

The Gavin and Stacey Christmas special became the most watched UK scripted TV show of the last decade when it aired.

It amassed 17.1million viewers, with only the 2010 X Factor final – where Matt Cardle beat One Direction – and sporting events achieving higher ratings.

This comes as viewers branded the BBC’s schedule the “worst ever”.

The schedule include plenty of shows for the kids, including all three Kung Fu Panda films back-to-back on December 24, followed by Disney’s Moana, Cars 3, Paddington 2 and everyone’s favourite scarecrow, Worzel Gummage. 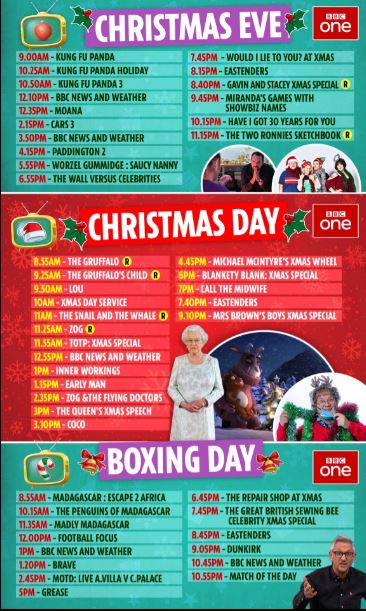 There’s a sole Christmas 2020 soap offering in the form of EastEnders while Gavin and Stacey’s long-awaited Christmas special, which delighted fans with its comeback last year, is again shown.

On the big day itself, BBC license fee payers are treated to two instalments of the Gruffalo, as well as a traditional Christmas Day service and the Queen’s Speech.