ARSENAL travel to strugglers West Brom on Saturday hoping to win their third game on the bounce in the Premier League.

New Baggies boss Sam Allardyce already stoked the fire ahead of this match last week, when he claimed that the Gunners were ‘absolutely’ in a relegation battle. 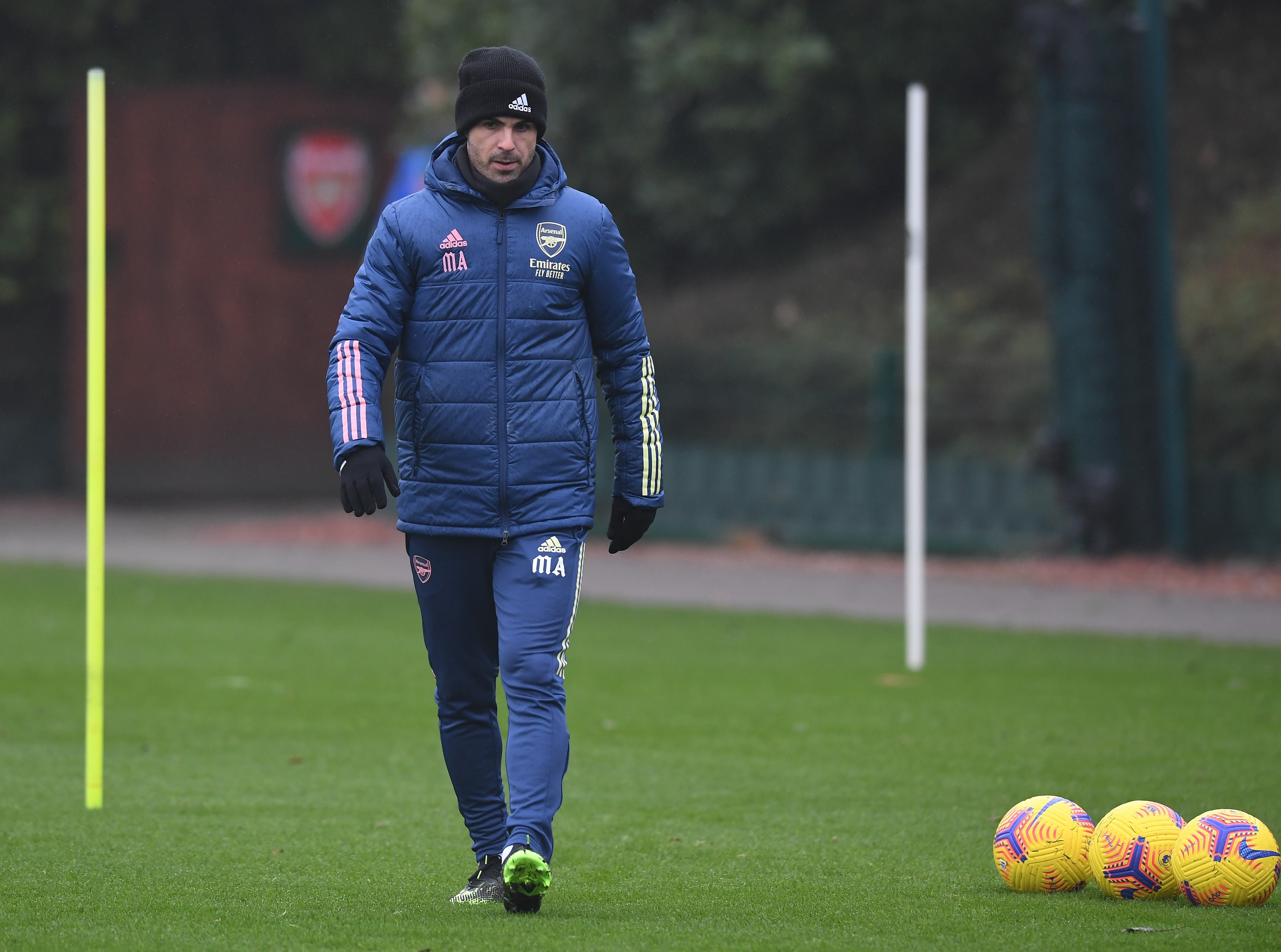 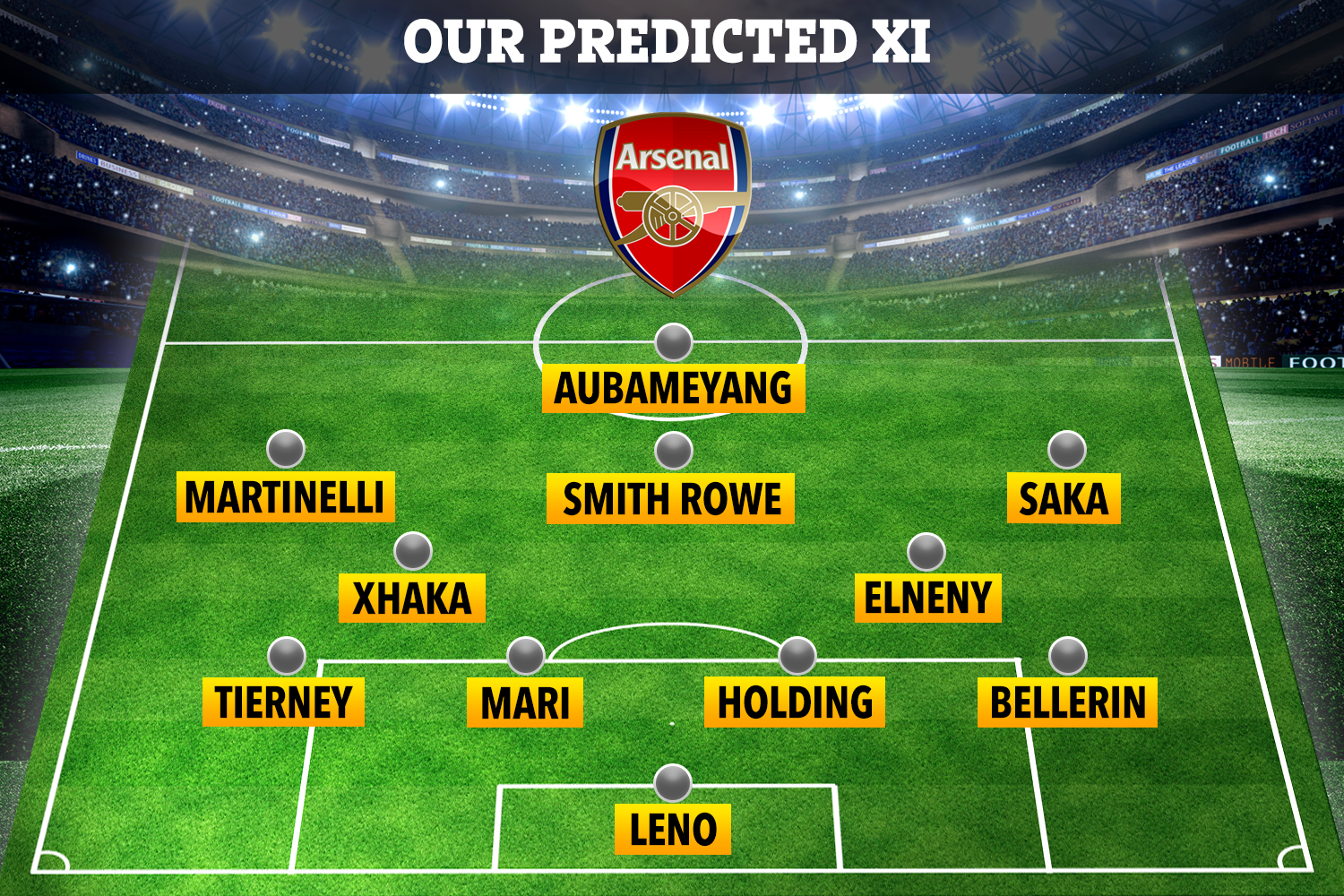 How Arsenal could line up against the Baggies

Mikel Arteta’s men have put together two decent wins since, while Allardyce, 66, may have his tail between his legs a little, having seen his side battered 5-0 by Leeds on Tuesday night.

Much of Arsenal’s recent improvement has owed to Arteta, 38, putting his trust in the kids, with experienced players like David Luiz and Willian having been unavailable.

But with the Brazilian, ex-Chelsea duo now back in contention, it remains to be seen how the Gunners will decide to set up.

One certainty is that Bernd Leno will start between the sticks.

Ainsley Maitland-Niles has been unlucky to miss out in recent weeks, but Hector Bellerin’s performances should see him keep his place at right-back.

Kieran Tierney is an early front-runner for Arsenal Player of the Year, and will start at left-back, particularly with Sead Kolasinac having left the club on loan.

Rob Holding and Pablo Mari are beginning to build a partnership at the back for the Gunners, and with Gabriel Magalhaes still self-isolating, there is no reason for Arteta to split the duo up.

Unless, of course, he decides to bring Luiz back into the mix. 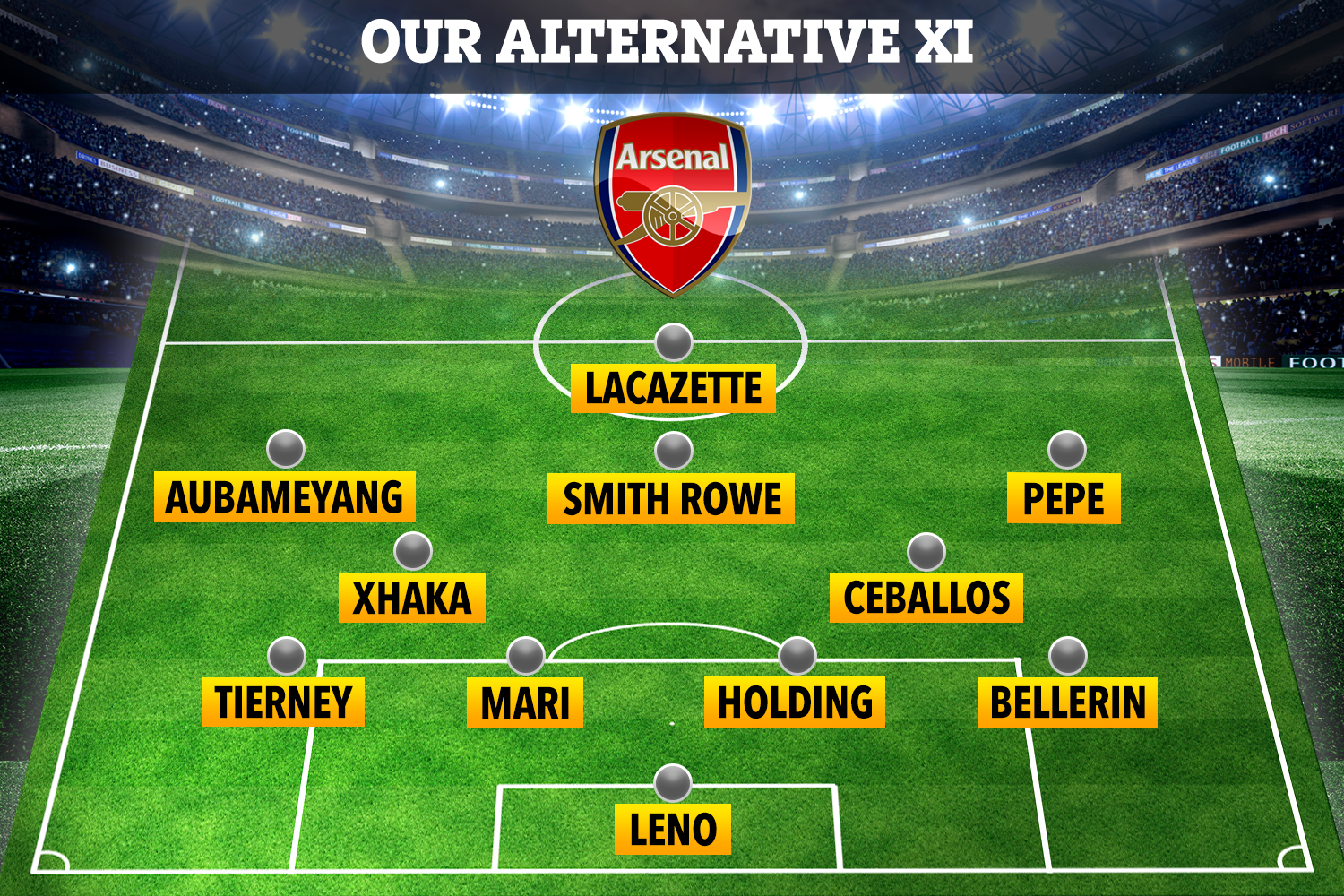 Another way Arteta could set his team up

Granit Xhaka’s excellent free-kick against Chelsea helped give Arsenal the shot in the arm that they so needed and he appears a shoo-in to start again.

Thomas Partey remains out with a thigh injury, making Mohamed Elneny favourite to keep his place alongside Xhaka in the 4-2-3-1 formation. Arteta could otherwise turn to Dani Ceballos, amid rumours that the midfielder may be recalled by parent club Real Madrid.

Bukayo Saka has started Arsenal’s last seven matches in the Premier League, but could miss out on this one after turning his ankle against Brighton.

Arteta said: “I hope he is available. We will see with training on Thursday or not. He has played a lot of minutes. I am confident he will be OK.”

Should the teenager be unavailable, Nicolas Pepe would be favourite to step in – although Willian has returned to full training.

Emile Smith Rowe is favourite to keep his place in the No10 position, while most fans will hope that Gabriel Martinelli can play on the left, with Pierre-Emerick Aubameyang upfront.

Should the Brazilian miss out, however, Aubameyang could step out onto the left-flank, with midweek supersub Alexandre Lacazette stepping in to start.

Reiss Nelson is unavailable with a muscular issue.