The first Indian restaurant in Britain opened more than two centuries ago – almost as long ago, in fact, as the earliest Scotch whisky distilleries – so it’s no surprise that curry is so firmly embedded in the nation’s psyche. But the days of the homogenous chicken tikka masala or korma are firmly in the past, as a new breed of restaurateurs have spiced up the nation’s palate with their original thinking and modern perspectives on Indian cuisine. And despite a tumultuous year for the restaurant industry, this culinary revolution shows no signs of abating.

Think of game-changing Indian restaurants in Britain and a leading contender has to be Dishoom. Inspired by, and putting a fresh twist on, the Irani cafes of Mumbai, it sparked a wave of new restaurants, all bent on pushing boundaries and unearthing the richly-varied culinary lore of India. 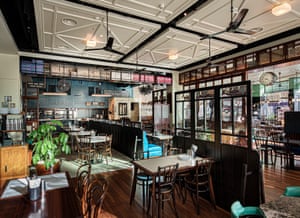 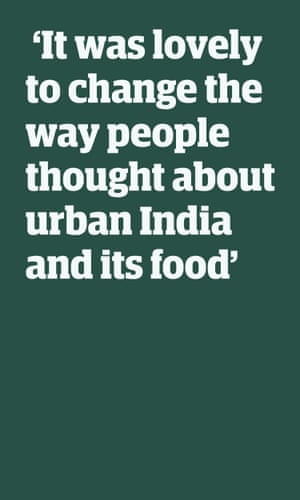 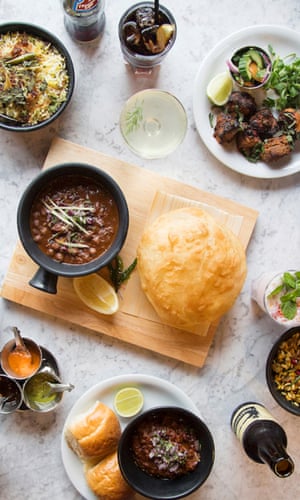 “Before Dishoom, certainly in London, there was a sense of Indian food just being about curries,” says its co-founder Shamil Thakrar. “Dishoom allowed for more regionally-focused Indian cuisine, and for people to mess around with small plates and cocktails. When others saw we were successful, they thought: ‘We could do something like that.’ There are some fantastic restaurants that have come up subsequently, like Gymkhana or Gunpowder.”

For housewife-turned-chef Asma Khan, the notion of refining tradition has taken the form of unwinding the templated feel of the typical high-street curry house, and going back to the roots of Indian cooking – an authentic labour of love, served with the warmth of the home. Darjeeling Express began life in 2012 as a supper club, as Khan experimented with the old family recipes she’d grown up eating in Kolkata. Within five years, she had opened her restaurant to such acclaim that, before long, she had appeared in her own episode of Netflix’s Chef’s Table (the first British chef to do so).

At Darjeeling Express, in central London, slow-cooked dishes such as lamb dum biryani and fish malaikari are designed to be shared, while the chef looks on, a warm presence in the dining room rather than staying hidden in the kitchen. “I see the people come in and, like a grandmother, I watch while they eat,” says Khan. “I want people to relive that moment of knowing that someone loves you enough to cook for you. It is the reason for cooking – it should not be to impress.” 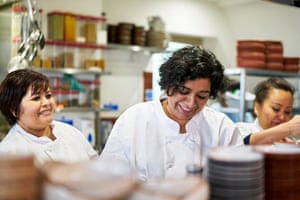 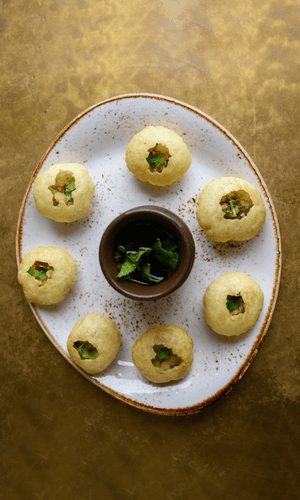 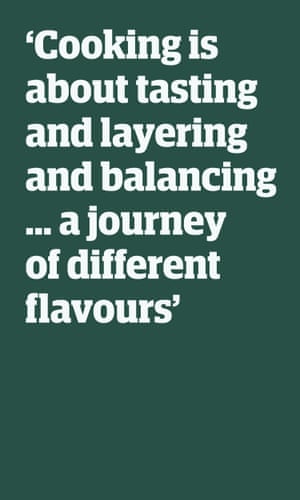 If Darjeeling Express makes diners feel right at home, then Dishoom, which now has eight restaurants across London, Birmingham, Manchester and Edinburgh, is like the friendly cafe down the road whose door is always open. It’s charming, immersive and stylish thanks to mid-20th century Irani cafe design details such as marble tables, ceiling fans and family portraits. Dishoom’s signature staples such as vada pav and black dal, not to mention the legendary bacon naan breakfast rolls, ensure customers return again and again, often queuing round the block for a table.

“The idea of cafes doesn’t feel very Indian, so it was lovely to change the way people thought about urban India and its food,” says Thakrar. “Irani cafes were some of the early spaces in India that brought together different walks of life – the taxi driver, the barrister, the artist – in one place to eat. I remember when we opened in Shoreditch, there were hipsters in their skinny jeans and big glasses standing in the queue next to old Indian aunties.”

Having non-culinary backgrounds seems to have enabled both restaurateurs to envision new takes on the norm. Thakrar worked as a corporate strategist and then as a director at his family-owned business before co-founding Dishoom; Khan, meanwhile, did a PhD in British Constitutional Law before eventually deciding to pursue “the dream of cooking for others”.

“I don’t cook the way people think Indian people cook, I don’t measure,” says Khan, who taught herself using her mother’s recipes when she was homesick after her move to Cambridge from India in the early 1990s. “Cooking is about tasting and layering and balancing. There’s a whole journey of different flavours. Even though it’s spicy, the chilli should not dominate – and if it does, you’re a bad cook!”

Innovation is not only to be found on the plate, of course. A point of pride at Darjeeling Express is its all-female kitchen, where the average age is 50. Khan likes to employ people from an immigrant background who don’t have professional culinary skills, because they remind her of herself.

“I needed to cook with people who cooked like me – home cooks,” she says. ”The Masterchef generation do not cook the way my mother cooks. The women in my kitchen have the skills, passion and techniques – for example, none of them use a machine to make dough. How will a paratha [flatbread] be perfect unless we know how smooth [the dough] is? That is only by touch, by experience.”

While Thakrar might not be as hands on in the kitchen at Dishoom – where executive chef Naved Nasir reigns – the skills he brings to the table are just as essential for the brand to remain ahead of the game. 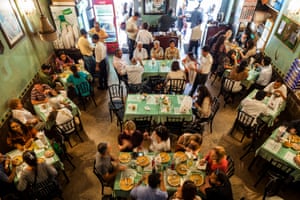 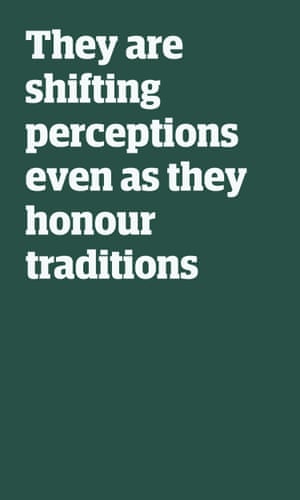 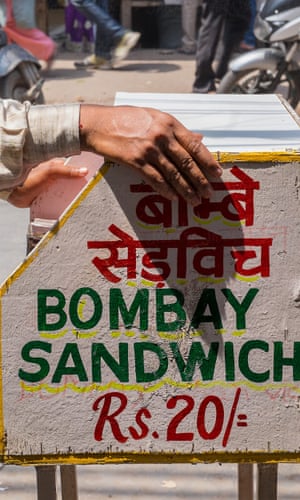 Thakrar is an inveterate storyteller, even creating a fresh narrative theme that closely informs the concept and design of each new branch of Dishoom. He imagines who might have launched the cafe, and who its patrons might have been, had it opened in Mumbai – which Thakrar, evoking its more freewheeling older days, refers to it by its former name.

“It takes you to a different time and place and offers you a sense of immersion,” he says. “I love the idea that you can take these stories and make them whimsical and beautiful, and teach someone a bit of history, and then finally you get to taste this delicious food. For people who know Bombay, it is transporting, and for everyone else it’s putting the food and drink in the right cultural context.”

Khan advocates a similar transportative connection: “[People] don’t need to be Indian or have eaten this kind of food before to recognise the love, patience and passion I put into my cooking,” she says. “In that moment, I can take them home.”

The restaurant industry, like so many others, is facing up to the challenges of the coronavirus pandemic and subsequent lockdowns, and both Thakrar and Khan have had to innovate and adapt. Dishoom now offers a delivery service and – taking advantage of the popularity of its breakfasts – an at-home bacon naan kit. Darjeeling Express has launched a takeaway deli menu even while going ahead with plans to open a new, larger site in Covent Garden in December.

As a year like no other continues to redefine the once gloriously-normal pleasure of dining out and exploring the nuances of global cuisines, restaurateurs such as Khan and Thakrar continue to pave the way – shifting perceptions and pushing boundaries even as they honour traditions.

Original by Tradition
The Glenlivet is the original Speyside Single Malt and has been breaking traditions to set new standards in whisky since 1824. Discover the single malt that started it all at theglenlivet.com