How the Chippendales’ success led to arson, fraud and cold-blooded murder

THE club was lined with women at small tables drinking strawberry daiquiris ferried to them by handsome male waiters.

As the tension in the room built to a climax, an MC appeared, struggling to be heard over the all-female audience. 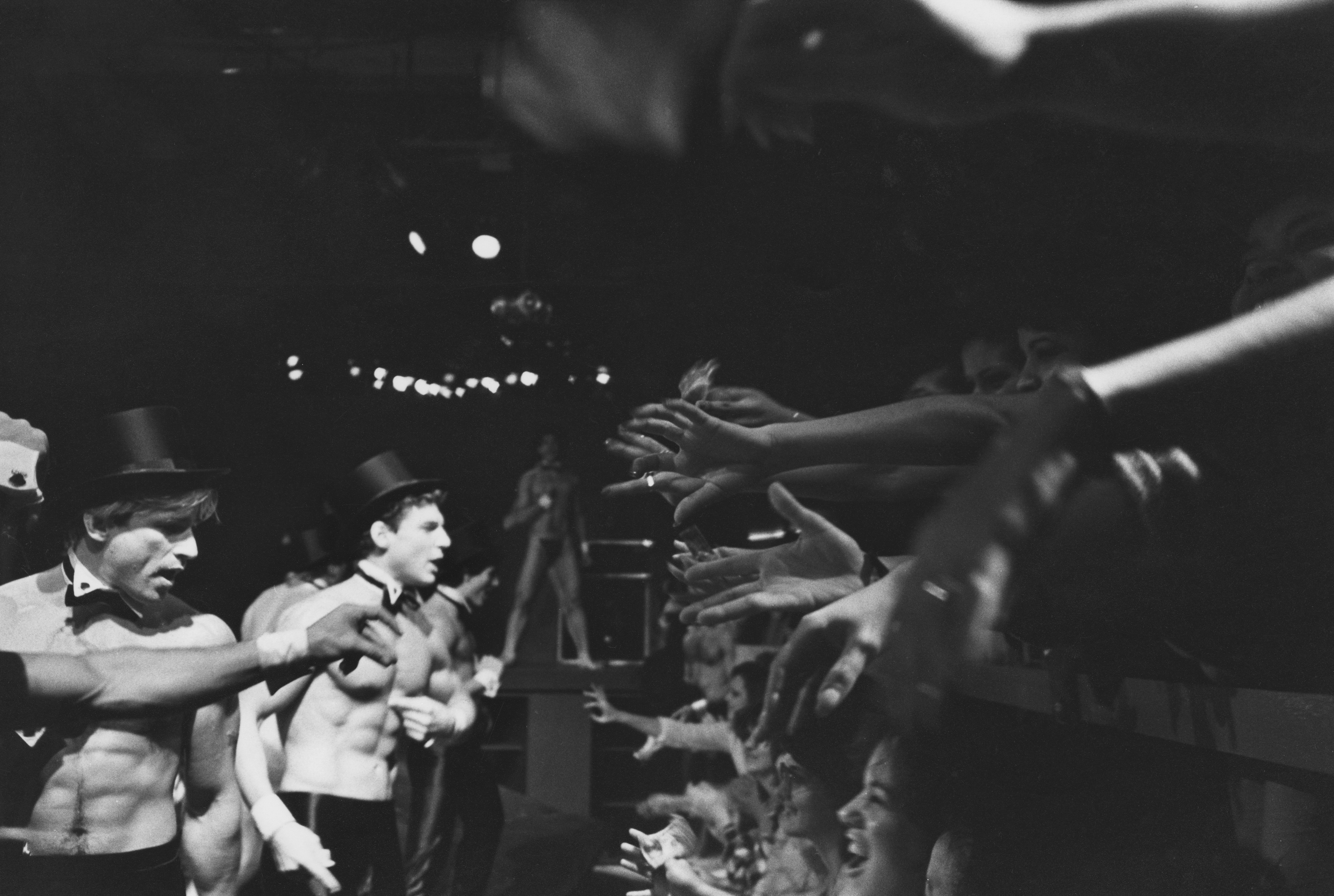 At its height in the ’80s, Chippendales was ‘the ultimate fantasy land for women’Credit: Getty

“Ladies, fasten your seat belts!” he exclaimed as the main attraction bounded on stage. The audience went wild at the sight of the muscled, baby-oil-slicked male dancers, wearing collars, cuffs, black Spandex pants and little else. The Chippendales were in the house.

Backstage, however, a very different type of screaming was coming from the office, as Chippendales founder Somen “Steve” Banerjee and choreographer Nick De Noia fought over who was responsible for the infamous act’s outrageous success.

With Steve stopping at nothing to stay one pelvic thrust ahead of the competition, this vicious power struggle would end in a murder that would rock America on April 7, 1987.

Now, the seedy saga is set to be retold by Hollywood in an upcoming film starring Dev Patel as Steve, and directed by Craig Gillespie, who helmed the multi-Oscar-nominated 2017 biopic I, Tonya.

It’s also the subject of a new Spotify podcast, Welcome To Your Fantasy, which explores the corruption that bubbled beneath the troupe’s origins and success.

“Chippendales was the ultimate fantasy land for women – and Nick was the man who made it happen,” Candace Mayeron, associate producer for the Chippendales from 1982 until 1988, tells Fabulous. 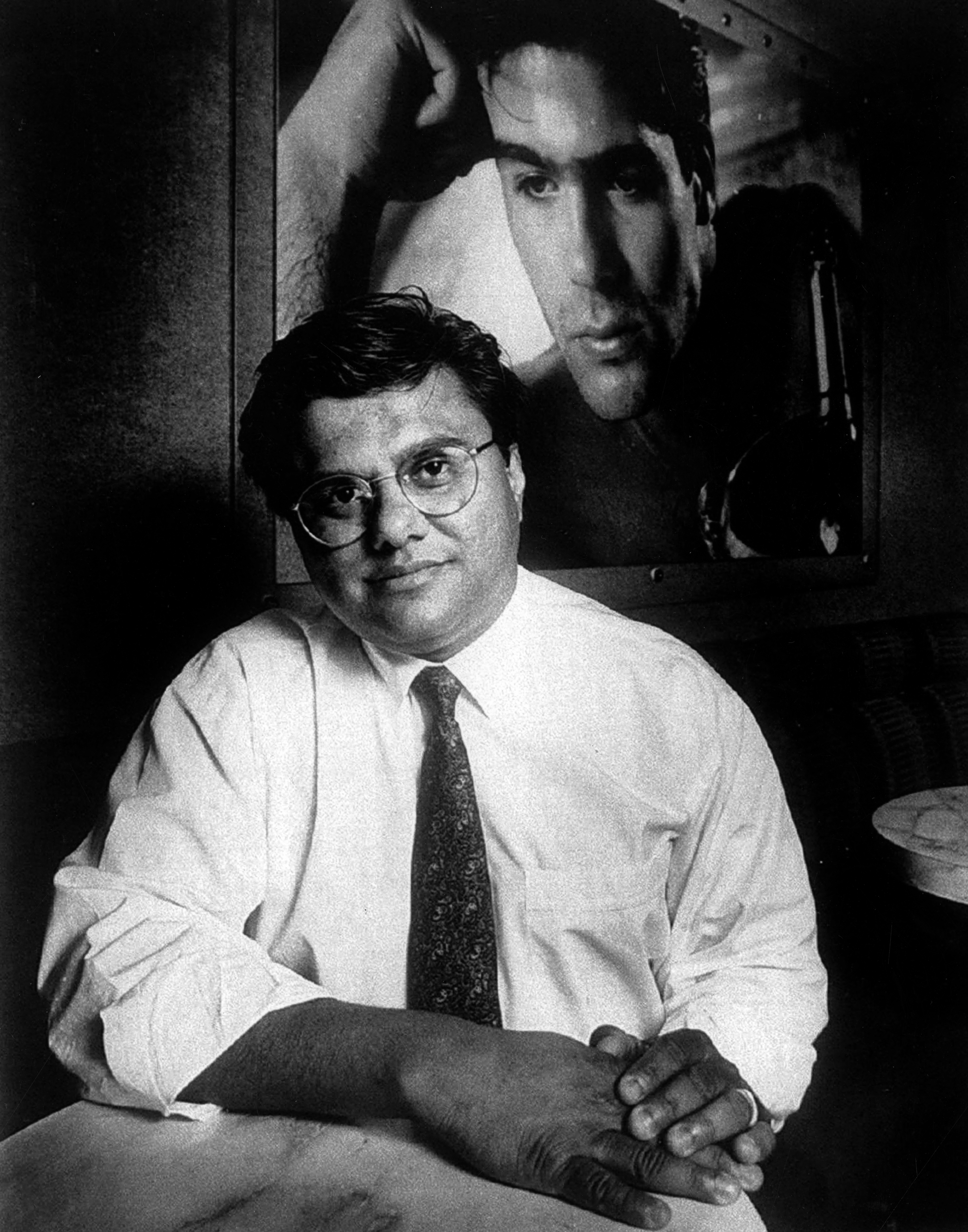 But behind the scenes, founder Somen ‘Steve’ Banerjee was growing greedy and troubledCredit: Ellen Jaskol

“Nick was incredibly high-energy, a fast-talking, street-smart New Yorker. He was so passionate about his work and would never accept anything less than the best.

“From the moment I first met Steve Banerjee, however, I was aware that he was a troubled guy,” Candace goes on. “He was never at the performance, but the minute the show was over, there he was. He was the opposite of Nick.”

Chippendales was the ultimate fantasy land for women – and Nick was the man who made it happen.

Born in Mumbai, Steve emigrated to Los Angeles in 1969 with one goal in mind: to live the American dream and turn himself into a nightclub impresario.

In 1971, he bought a petrol station and capitalised on the oil shortages to hike prices, using the profits to rent a nightclub in West LA.

Putting into action his idea for a male exotic dance night, he rebranded his club Chippendales, named after the replica 18th-century furniture he outfitted the darker recesses of the club with in the hope of attracting a classy clientele.

After Chippendales opened in 1979, Steve told Los Angeles Times: “I wanted to package an all-American, Ivy-league look and sell it to the American women. The minute the lady walks in here, she feels it’s something different.” 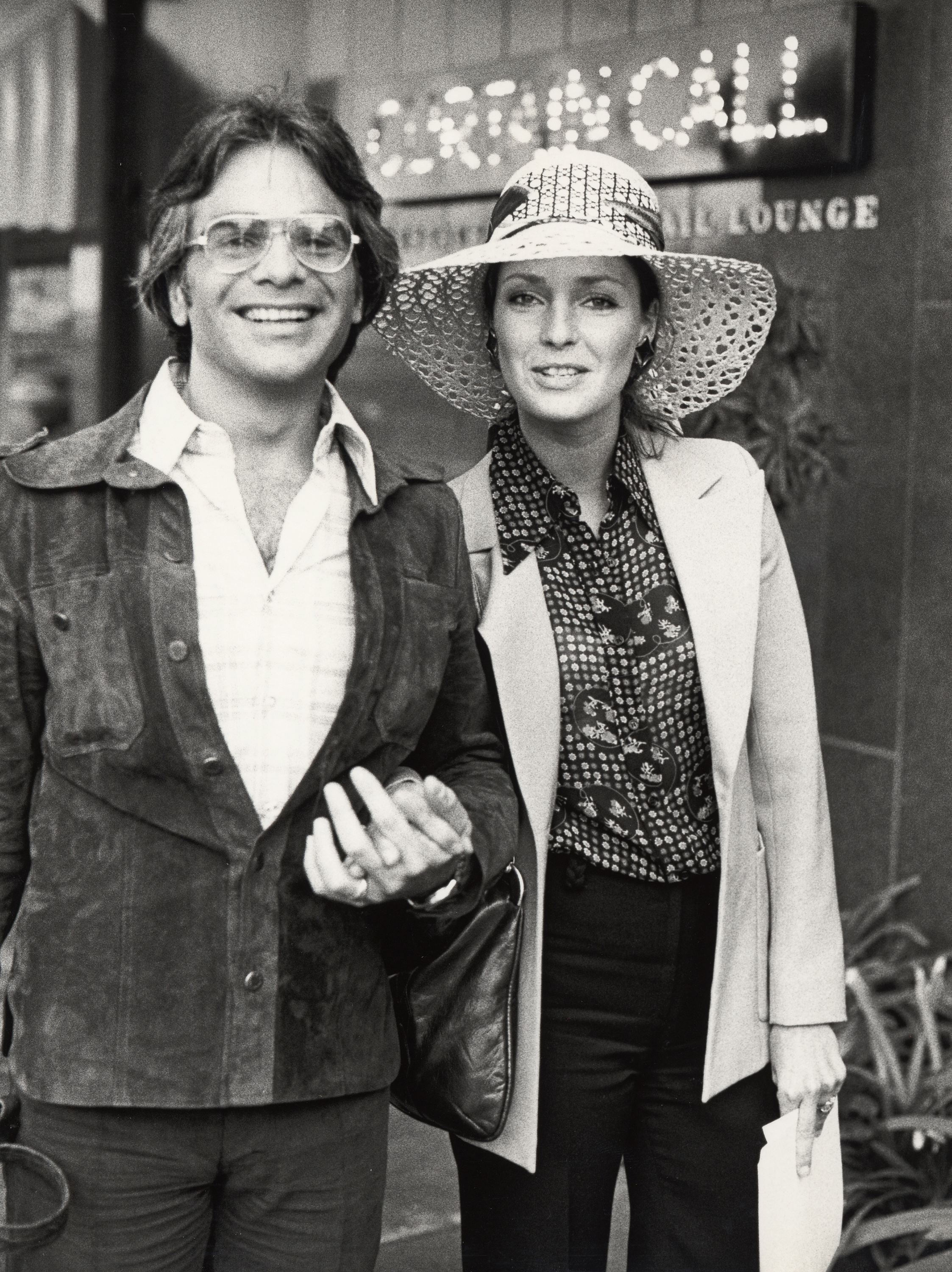 In 1981, Steve brought Nick onboard and was happy to let him hire the talent, choreograph the routines and run the show, transforming the Chippendales into the hottest act in LA. Nick steered the revue away from the sleazy acts that populated the LA scene.

“Nick wanted performers not strippers,” says Candace. “His real skill, as a choreographer and director, was coming up with moves that a great, big, muscled guy could perform and look graceful while doing it.”

Nick, who was divorced from actress and model Jennifer O’Neill, had big plans for the troupe, so in 1983, he went about finding a bigger venue in New York.

Desperate to keep Nick, rather than see him go to one of the many copycat troupes that had begun to appear all over the US, Steve agreed to let his Chippendales loose on Manhattan.

“New York City was the big time for the Chippendales, and especially for Nick, who always had Broadway dreams,” says Natalia Petrzela, historian and host of Welcome To Your Fantasy podcast. “Plus, it allowed him to get far away from Steve.

“The club was much bigger, the production values higher and the proximity to the media world meant they were getting invited on talk shows and visited by celebrities. 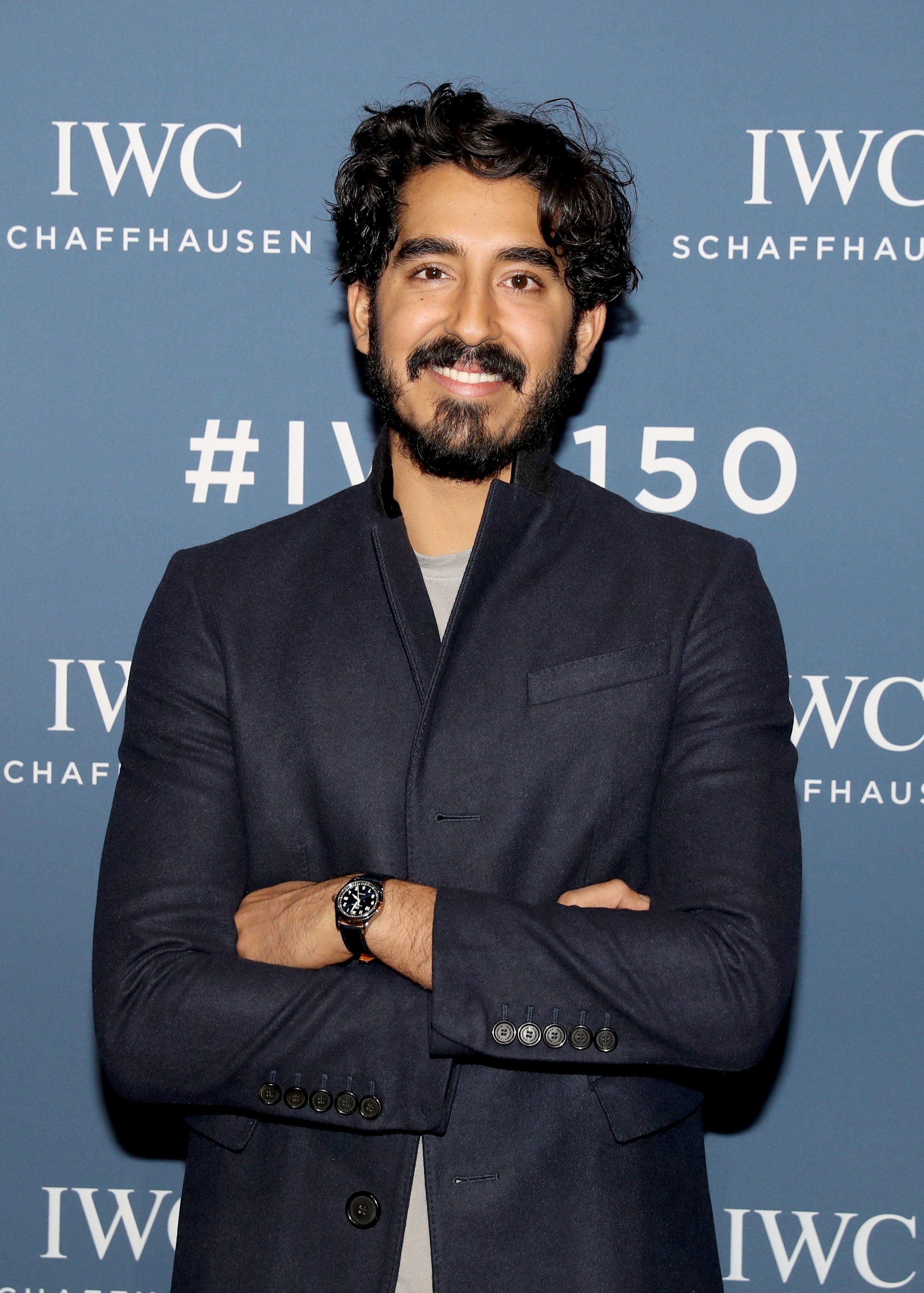 Now, the seedy saga is set to be retold by Hollywood in an upcoming film starring Dev PatelCredit: Getty

“Nick also adored the spotlight, so when interviewers lavished praise on him, he tended to beam rather than share the credit with Steve. This only stoked the resentment between them.”

Even though Steve knew that Nick’s talent had made the Chippendales a huge success, he refused all his requests for a greater share in the profits.

Finally, in November 1984, Nick and Steve sat down in a restaurant to try to sort out their differences. Nick agreed to give up his rights to the New York show in exchange for half of any future touring profits.

Steve agreed and was so keen to make it legally binding, he wrote a contract there and then on a paper napkin, which both men signed.

It didn’t take Nick long to capitalise on the deal, orchestrating the Chippendales’ first tour to a nightclub in Philadelphia, then on to a casino in Atlantic City.

Next, he took the show overseas, where the revue played to packed clubs and arenas. By the mid ’80s, the Chippendales’ tour profits were $80,000 per week. 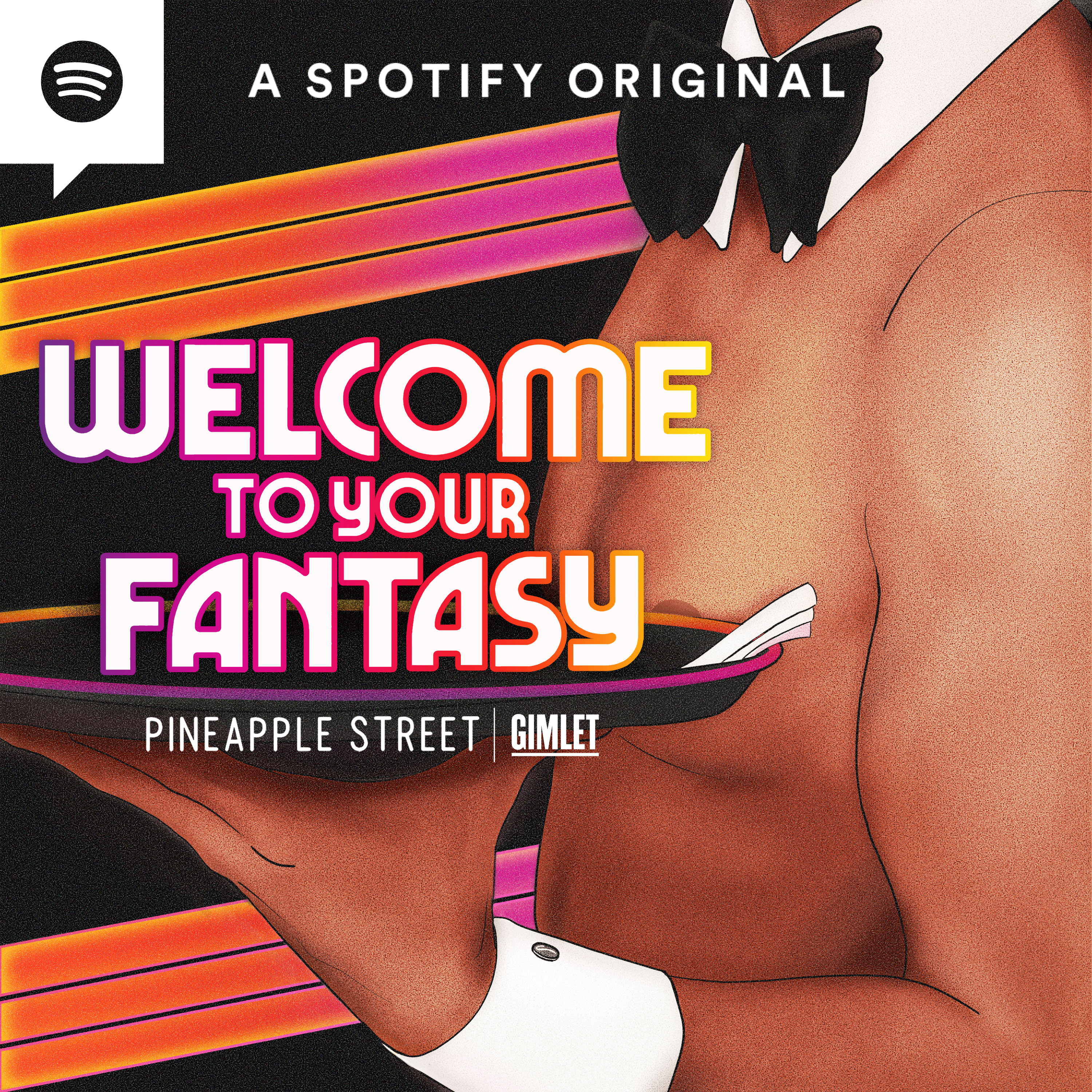 It’s also the subject of a new Spotify podcast, Welcome To Your Fantasy

Seeing the money he was missing out on now that Nick had a bigger cut, Steve began to operate his own tours.

Nick went to the courts to stop his boss, arguing that it was in violation of their “napkin deal”, and the courts not only ruled in Nick’s favour, saying he owned the rights to all tours, but that the napkin was significant enough to change Nick’s status from Steve’s employee to partner.

By 1985, the two men only spoke when necessary. “They never argued on the dance floor – they weren’t that public about it – but you could hear the clashes between Nick and Steve coming from the office,” says Candace. “You couldn’t help it, because it was so loud.”

Years earlier, in 1978, in a desperate bid to protect his Chippendales empire, Steve had turned to long-time associate Ray Colon to organise arson attacks on clubs he considered to be muscling in on the action.

They never argued on the dance floor – they weren’t that public about it – but you could hear the clashes.

Colon bungled those, but he had more success when asked to organise Nick’s murder.

“On April 6, 1987, we were playing in Indianapolis and Nick and I went out for dinner because we were starting our own group, which was going to be called US Male,” says Candace. 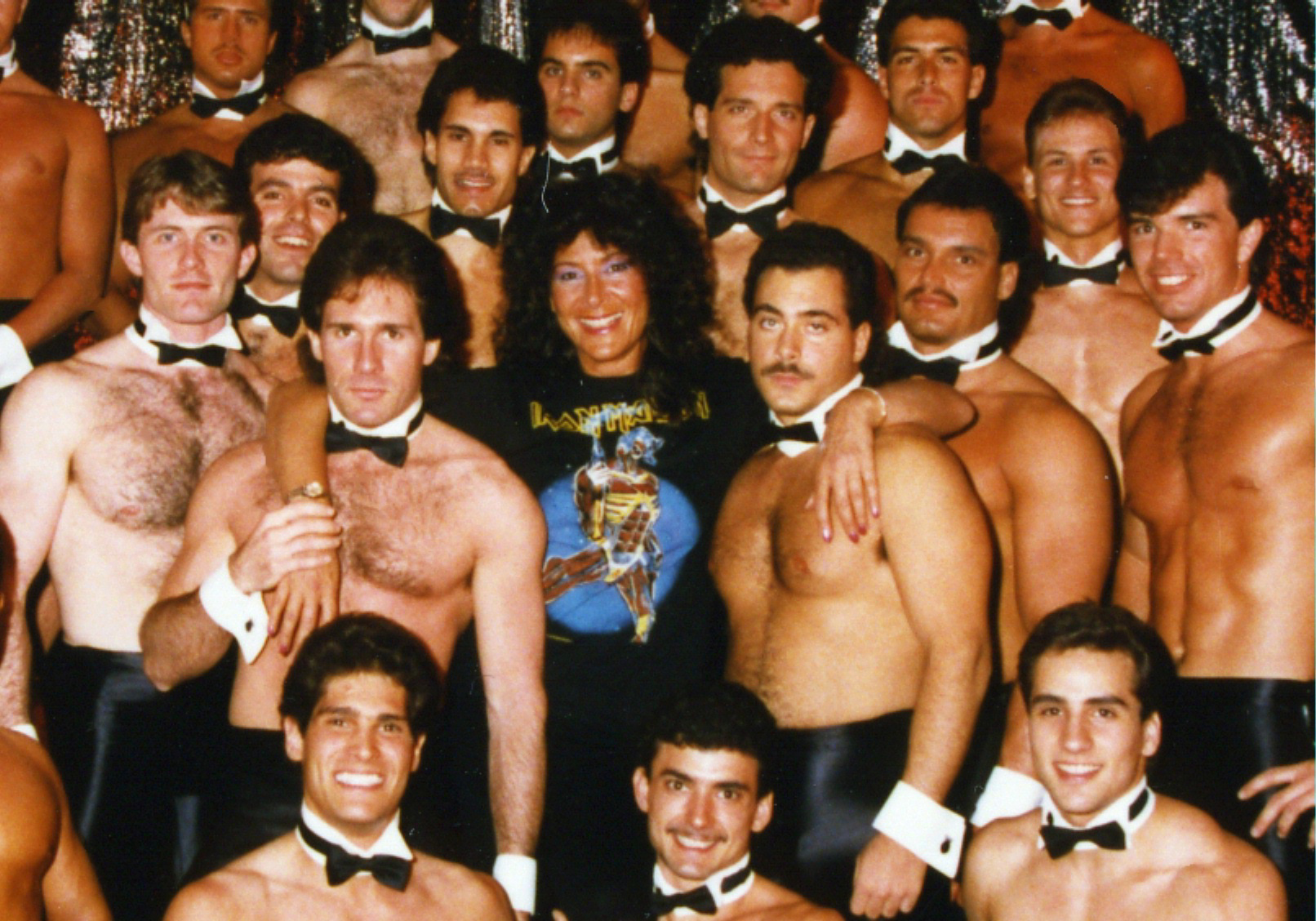 Candace Mayeron, former associate producer for the Chippendales, had to break the news of Nick’s death to the dancersCredit: Candace Mayeron

“We were going to finish with the Chippendales and premiere our new act in London, so Nick needed to go to New York to sign the contracts. That’s the last time I saw him.”

The next day, Nick was sitting in his Manhattan office when a delivery man carrying a paper envelope walked through the door, produced a gun and shot him once in the face, killing him instantly.

Nick’s co-worker discovered him slumped at his desk and called 911. When detectives arrived on the scene, they could find no sign of a struggle – his cash, credit cards, and keys were still in his pocket and his ring was still on his finger.

Back in Indianapolis, an hour before show time, Candace received a call from a colleague telling her Nick had been shot. “It affected me more than anything else in my life, but the show had to go on,” she says.

“I was standing alone at the back of the club, and during The Perfect Man number, when screaming reaches fever pitch, I just let it go and I howled like a wounded animal. No one heard me.”

After the show, Candace let the dancers know Nick had been murdered. 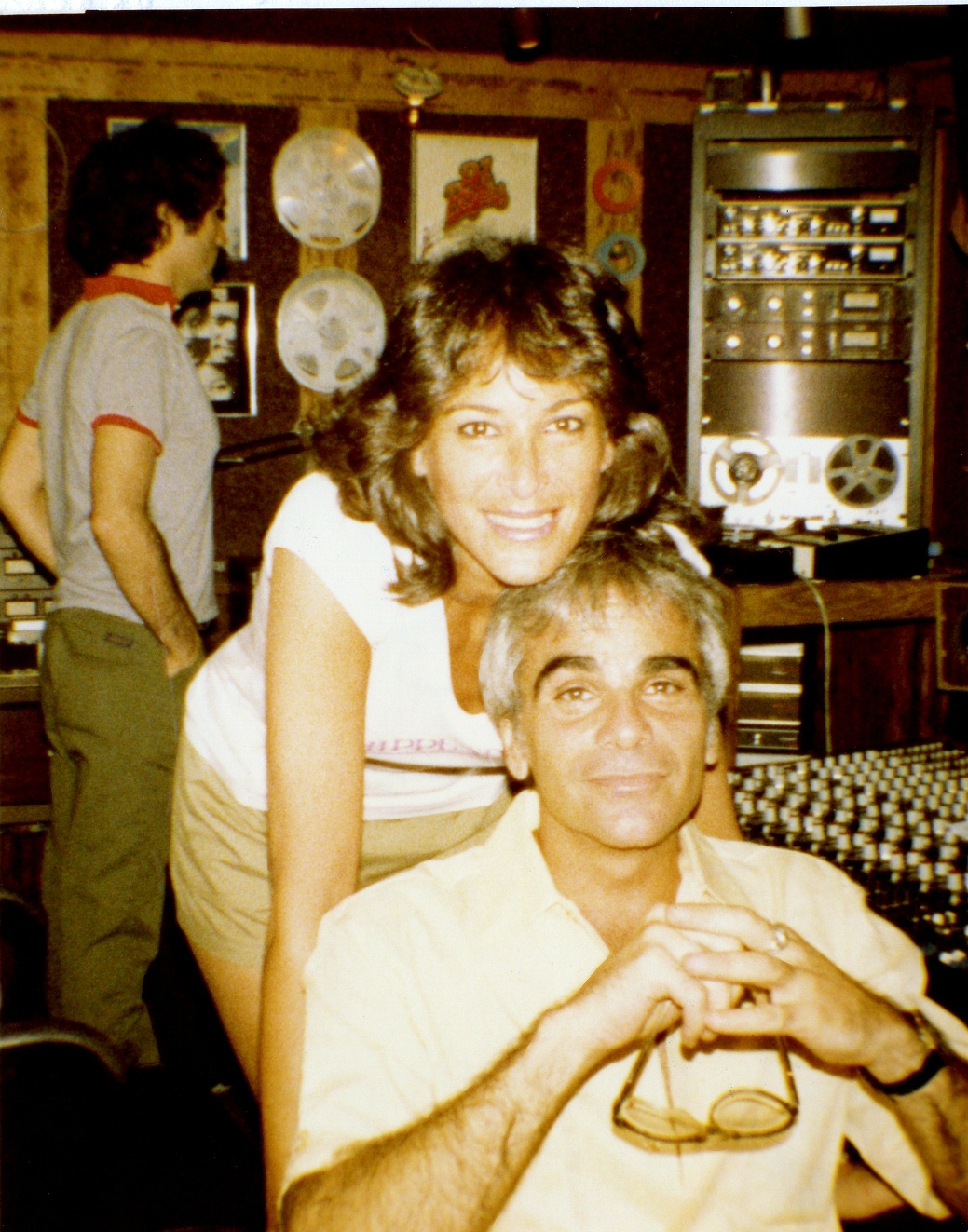 She says Nick’s death affected her more than anything else in her life, but ‘the show had to go on’Credit: Candace Mayeron

“There was no doubt at all that it was Steve,” she says. “We all suspected it was him and I had to restrain one of my guys from jumping out of the dressing room, in his G-string, to get on a plane to LA and beat him up. Steve knew that I knew too, so he barred me from the club.”

The assassin was 32-year-old Gilberto Rivera Lopez, whom Ray had hired and Steve had paid $25,000.

After he’d shot Nick, four witnesses saw him leave, but none could give a clear description. Without a suspect, NYPD detectives focused on a motive, but found nothing to tie the murder to Steve.

TAKING OUT THE COMPETITION

With Nick out of the way and his family having sold his share of the business to Steve, Steve turned his attention to copy-cat troupes. No act escaped a cease and desist order from his lawyers.

But in 1990 a new act emerged that Steve couldn’t touch, as they were concentrating on the UK.

Adonis: Men of Hollywood included former Chippendales, plus Chippendales’ choreographer Mike Fullington and MC Reed Scott. With Nick’s murder investigation having gone cold, Steve believed he would be able to get away with murder again. 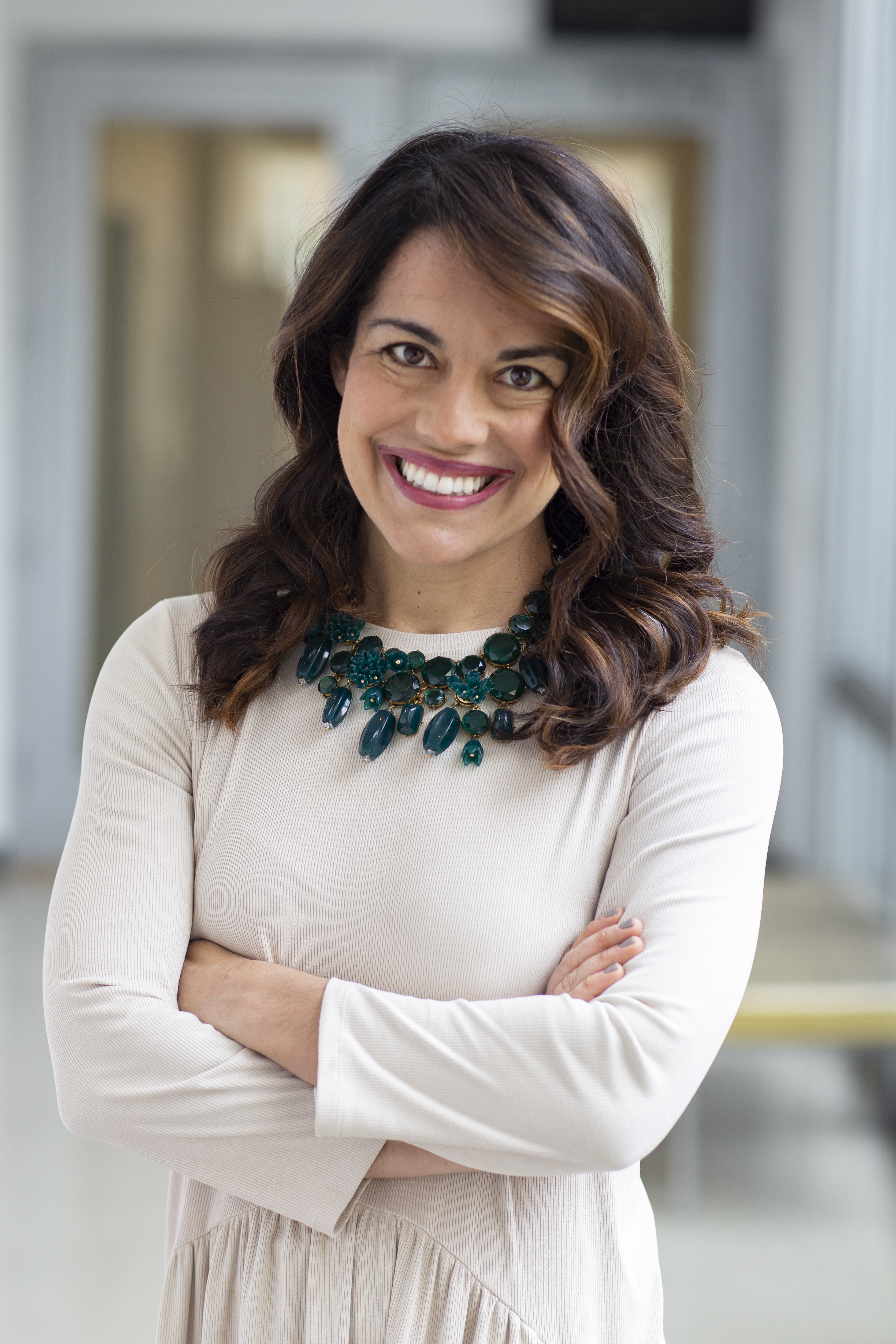 In July 1991, an informant called Lynn Bressler contacted the FBI and told them he’d been hired by Colon to travel to the Winter Gardens in Blackpool to murder Mike Fullington and Reed Scott.

It didn’t take long for the FBI to build a case against Colon, who’d incriminated himself in conversations with Lynn. After Colon was arrested, he struck a plea bargain and agreed to work with the FBI to entrap his former boss.

On September 2, 1993, Steve was arrested and charged with conspiracy to murder the members of Adonis, held without bail and subsequently charged with the second-degree murder of Nick De Noia, plus counts of racketeering and arson.

On July 29, 1994, Steve pleaded guilty in court and, under the terms of his plea bargain, Chippendales defaulted to his wife Irene, who subsequently divorced him and sold it on for $2.5million.

With his American dream in tatters, on October 23, 1994, Steve took his own life in his cell, just hours before he could receive his sentence of 26 years in prison.

“I went down to the courthouse, but was told there would be no sentencing because Banerjee had killed himself,” Candace says. 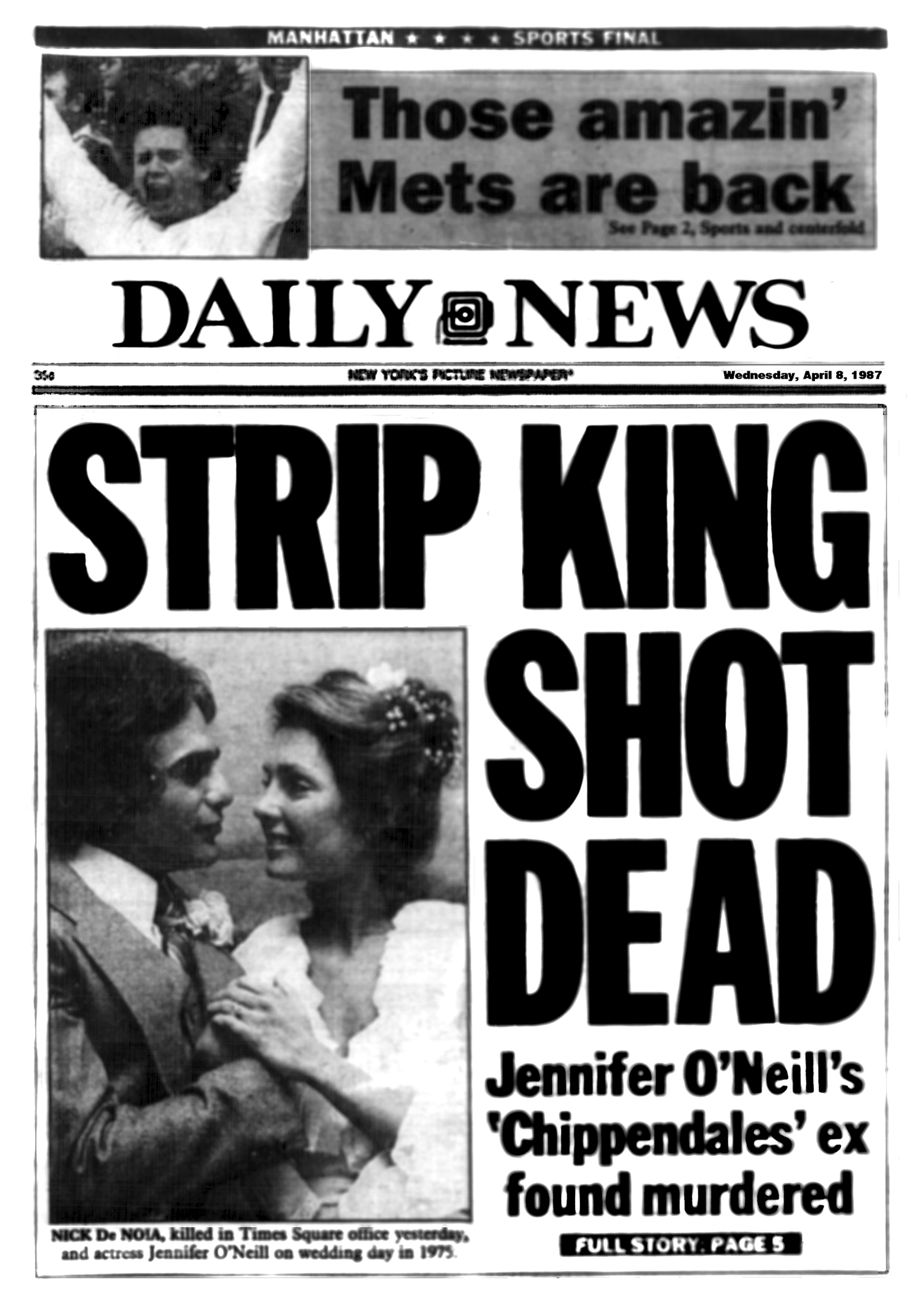 Steve took his own life in 1994, just hours before he could receive his 26-year prison sentence

“I felt cheated because I wanted to look him in the eye as he was led away in chains. Even now, I have no forgiveness for Steve. He murdered my mentor. There is no forgiving that.”

The Chippendales continue to perform seven nights a week in Las Vegas, and Candace has been to see them several times since, but says the experience isn’t the same.

“It was an entertainment art form that existed nowhere else,” she says. “From the moment you arrived at the club, the energy in the room was electric. There was nothing else like it – there still isn’t.”