HUGE handball star Gauthier Mvumbi has gone viral for his incredible size and skill – even earning the attention of NBA legend Shaquille O’Neal.

The 6ft 2in, 17st powerhouse is representing DR Congo at his nation’s first-ever appearance at the IHF Men’s Handball Championships. 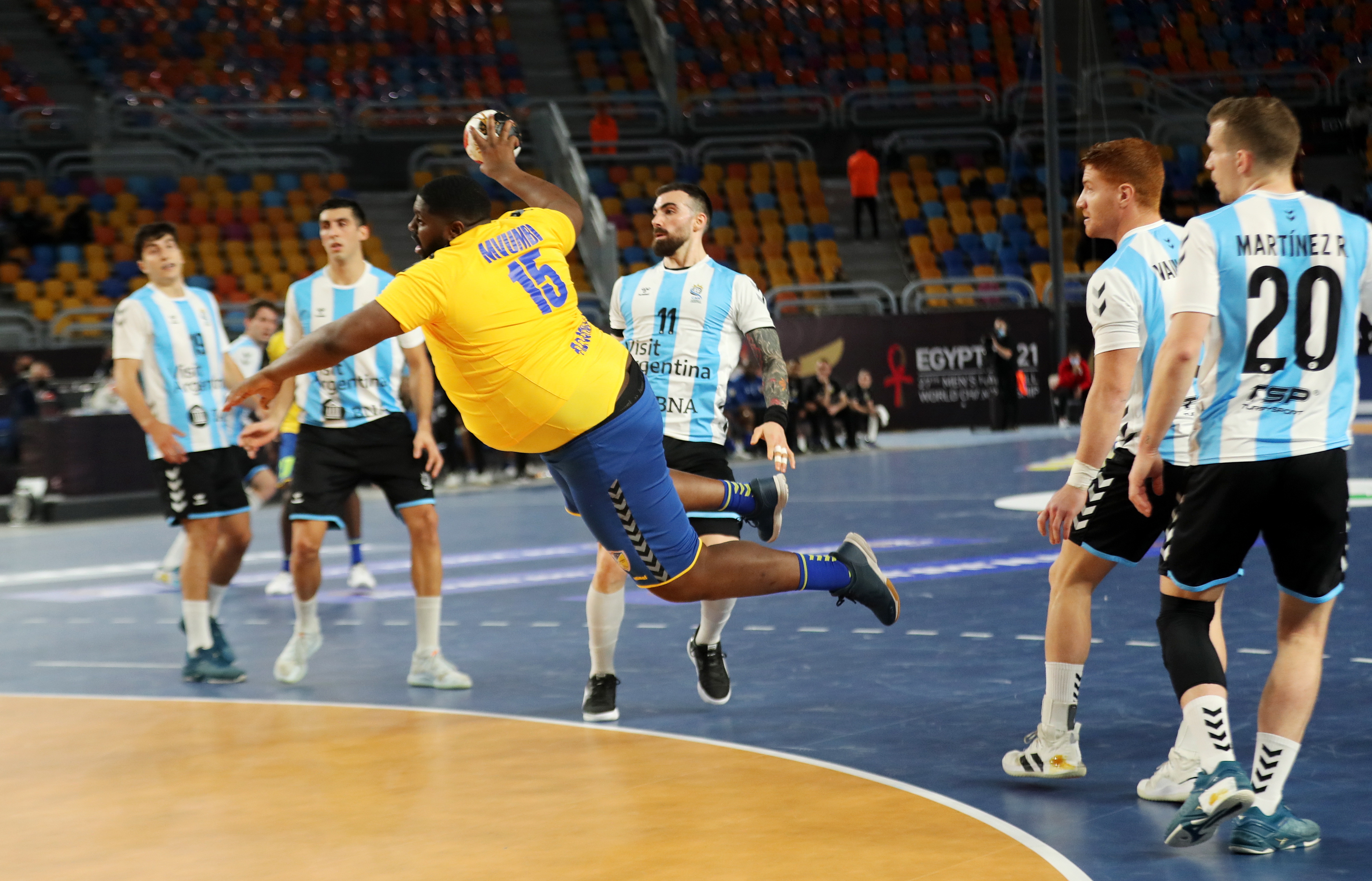 DR Congo star Gauthier Mvumbi has thrilled fans with his athleticism despite his 6ft 2in, 17st frameCredit: EPA

Despite DR Congo slipping to a 28-22 defeat in their tournament opener, eyebrows were raised by Mvumbi’s performances.

The giant star, 26, has thrilled fans with his barely-believable skills.

He scored four goals from just four efforts, including some spectacularly athletic attempts and asked his fans to call him ‘El Gigante’ from now on.

Mvumbi’s combination of size, strength and agility packed into such a massive frame has seen viewers compare him to NBA legend Shaquille O’Neal.

And the 7ft 1in basketball superstar has even sent Mvumbi – who lists Shaq as an idol of his – a personal message of congratulations.

In a video message, the NBA Hall of Famer said: “They say you’re the Shaq of team handball… what’s happening?”

A giddy Mvumbi – who plays in the French FOURTH tier for Dreux – replied with a mix of shock, awe and starstruck innocence.

Sharing the video message with his 4,200 Instagram followers, French-born Mvumbi wrote: “A dream that becomes reality that I do not believe in it. 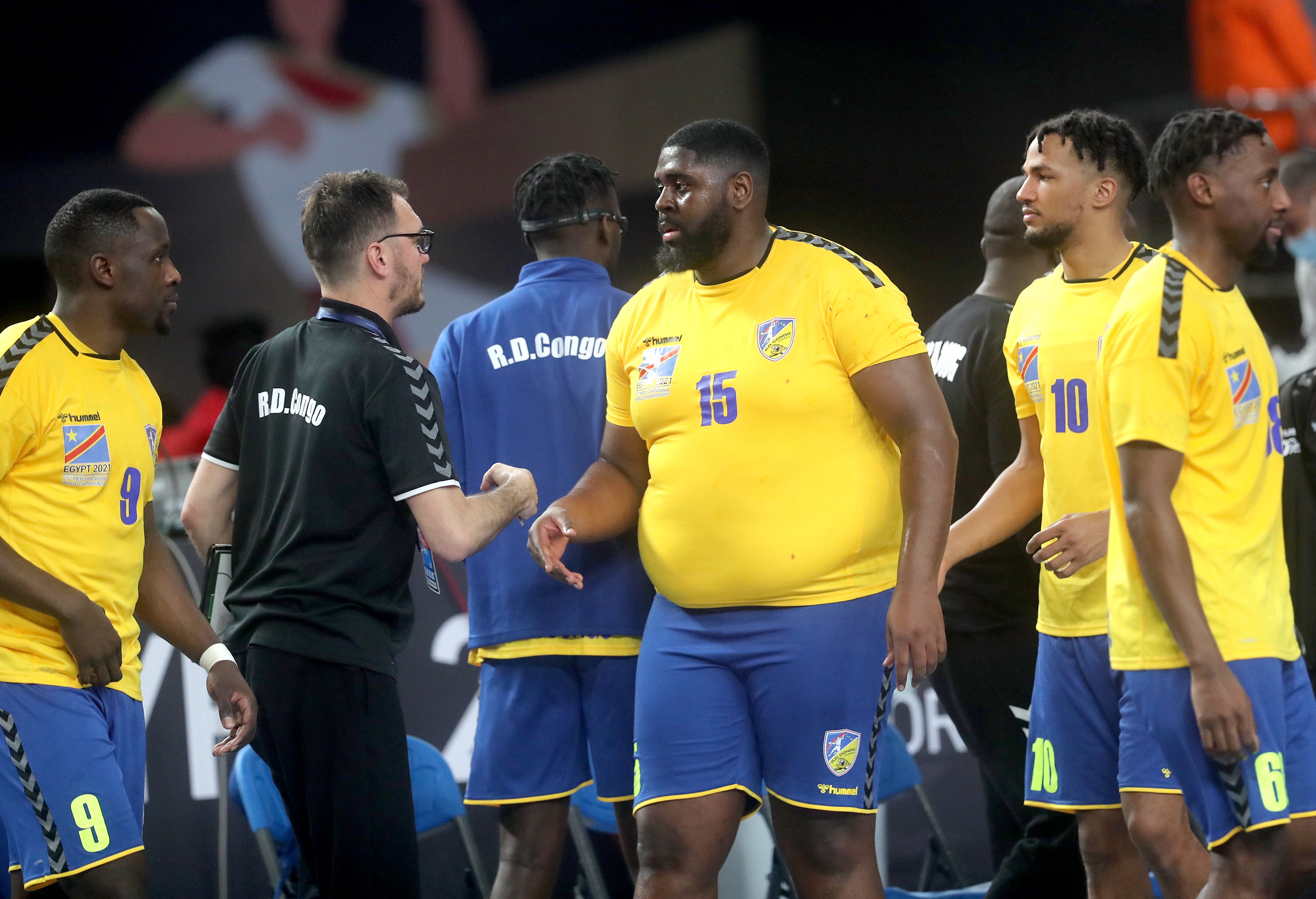 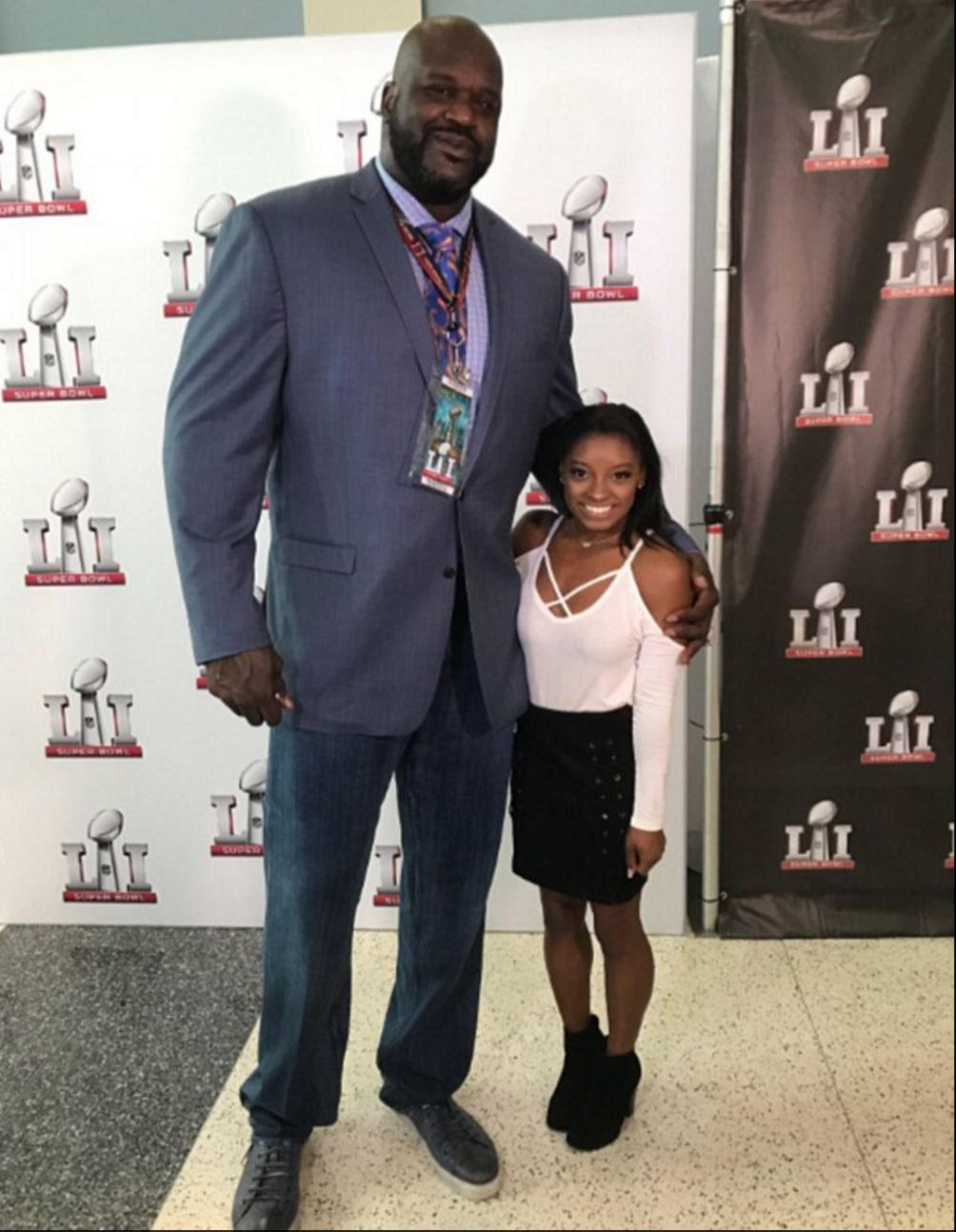 Shaq, 7ft 1in, pictured here with US gymnast Simone Biles, 4ft 8in, was full of praise for Mvumbi

“My idol @shaq my star – and I say thank you to you for your message and your support.

“I do not quite understand what is happening but what I have to say to you: live your dream and fight for what you are.”

Even before the tournament in Egypt started, Mvumbi vowed to just enjoy the once-in-a-lifetime experience after DR Congo were added to the tournament once it was expanded from 24 teams to 32.

Mvumbi said: “I never thought I’d go through this one day, so we’ll have to enjoy it.

“We have absolutely nothing to lose, so we will do our best and play our card thoroughly.

“They [the opposition] have two arms and two legs, just like us.

“The goal is above all to have fun, to live the competition to the fullest.

“We’re going to take everything we need to take, and if possible, annoy some teams.”

Mvumbi and his DR Congo team-mates still have reigning champions Denmark and Bahrain to play in their group campaign at the tournament.

They still have a chance to progress too, with the top three from each group progressing to the second group stage.

The team finishing last in each group go on to play their own tournament, the President’s Cup