GRANDMASTER Jennifer Shahade, 40, is a two-time US Women’s chess champion. She lives in Philadelphia with husband Daniel, 45, and son Fabian, four.

Here, she tells her extraordinary life story, from watching her father and older brother playing the game at the age of six to proving once and for all that chess is not a man’s game. 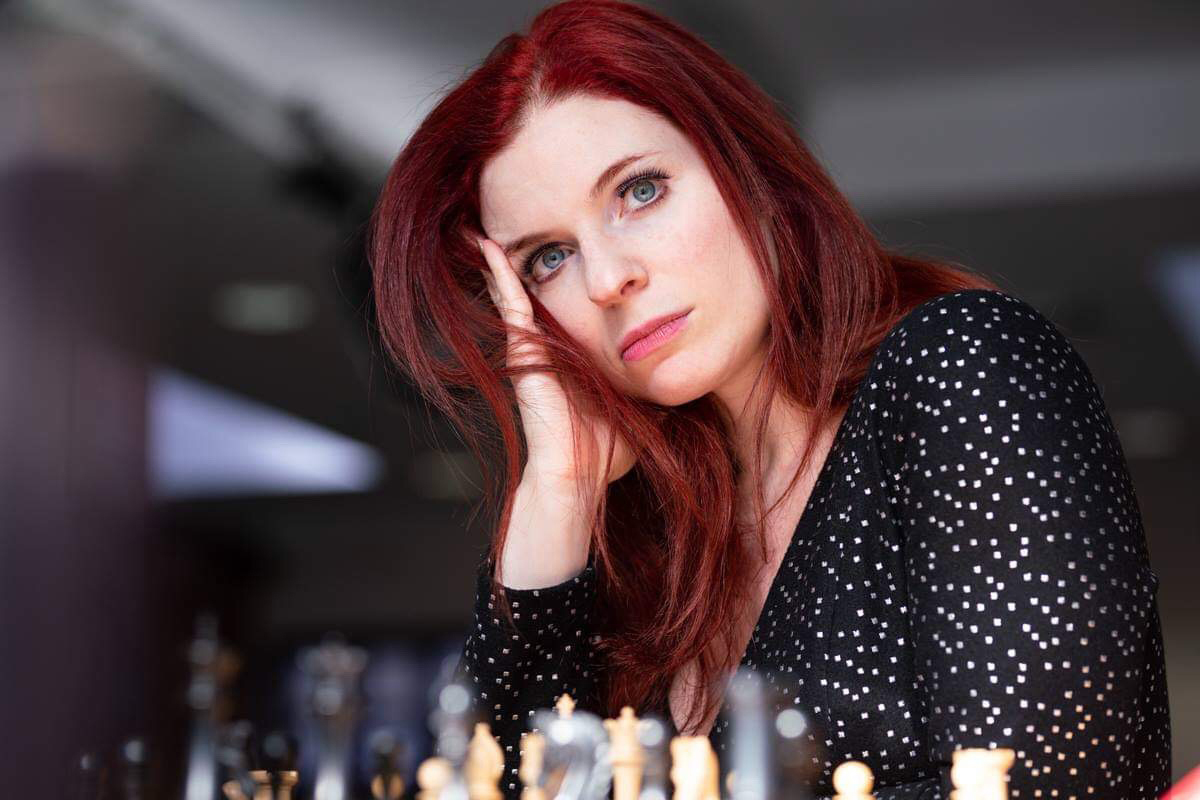 “My heart raced as I finally made checkmate against my opponent. At 21, I’d just become US Women’s Chess Champion, a title I’d been dreaming of my whole life.

“Growing up in Philadelphia, from the age of six I would spend most evenings fixated on my dad Mike, now 74, and older brother Greg, 42, playing chess.

“My dad started teaching me the rules, which at first seemed complicated, but I loved the problem-solving nature of the game.

“I was bullied for being shy when I started high school in 1992, and chess was an escape for me. Though the boys weren’t too happy about it, I joined the all-male high-school chess team at 14, and began practising day and night. It was so satisfying to catch an opponent off-guard. 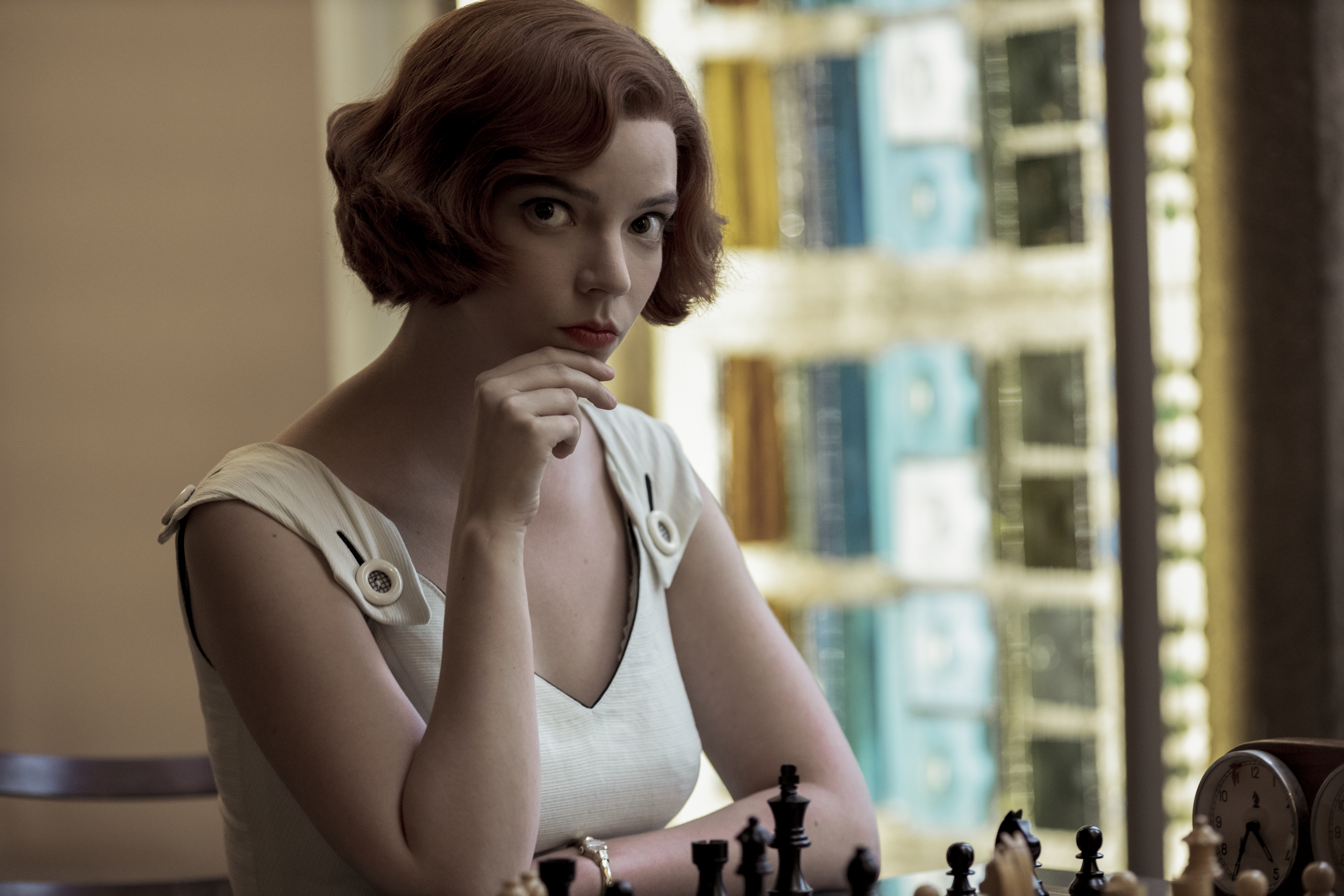 Anna Taylor-Joy is the star of Netflix’s The Queen’s GambitCredit: Netflix 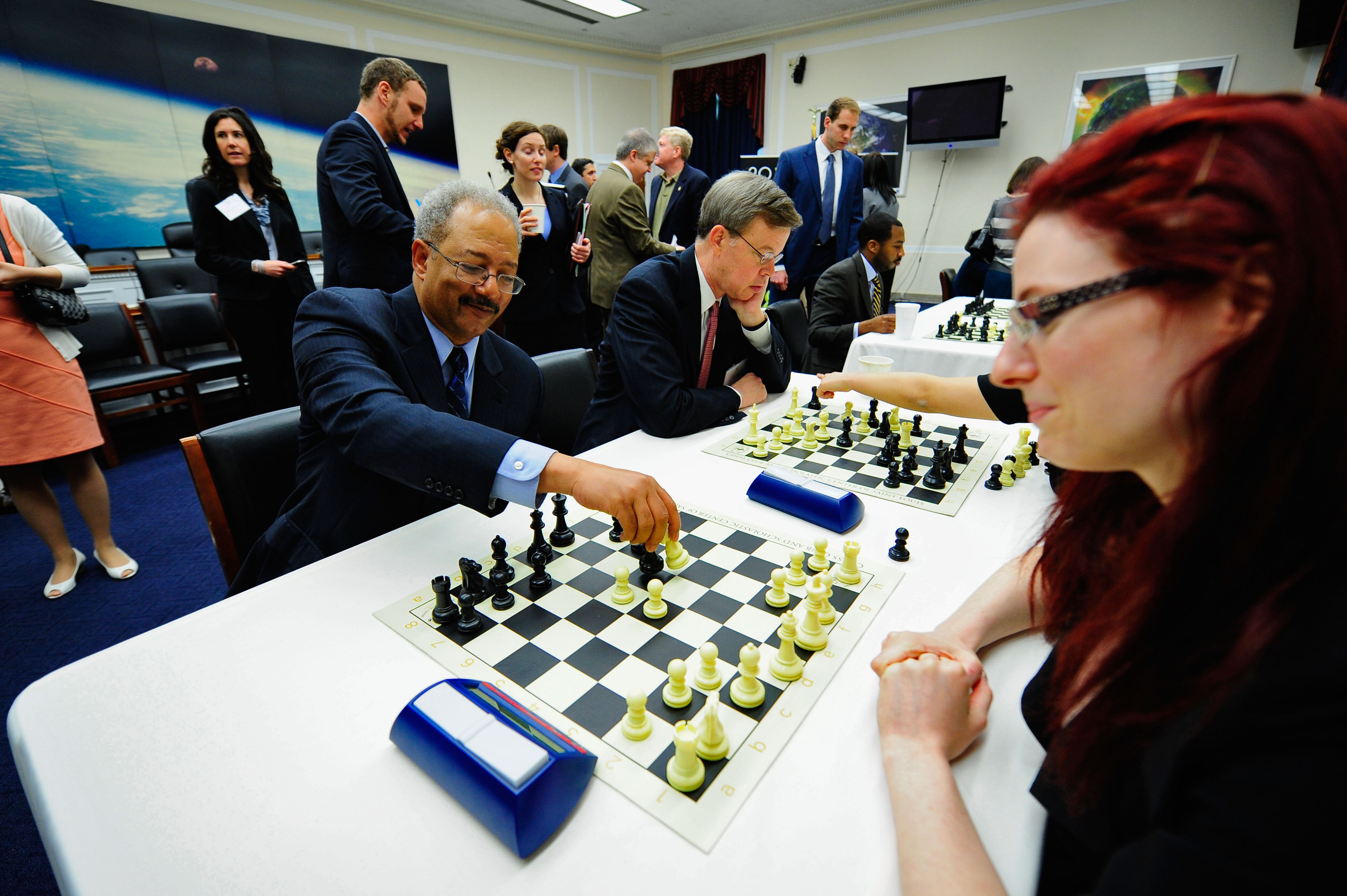 “I took everyone by surprise when I played my first competitive matches at school, especially the boys who didn’t expect me to beat them, even though they knew I was good and came from a chess-playing family.

“I became the best player in my school, but I was still underestimated by male opponents from other schools, and when my name was placed at the top of the scoreboard in competitions, people assumed it was a mistake.

“I knew if I wanted to have a shot at becoming a grandmaster, I had to start competing internationally, and in June 1995 I was thrilled to be invited to my first international tournament in Brazil thanks to my high rating. There were only a few female players there, which was intimidating, but I didn’t let it put me off. I scored well but didn’t win, and went home determined to improve.

“In the following years, I juggled my school work with attending tournaments in countries such as Iceland, Armenia and Spain. Time and time again, I’d overhear whispered remarks by other competitors that women weren’t as good as men, which I ignored. 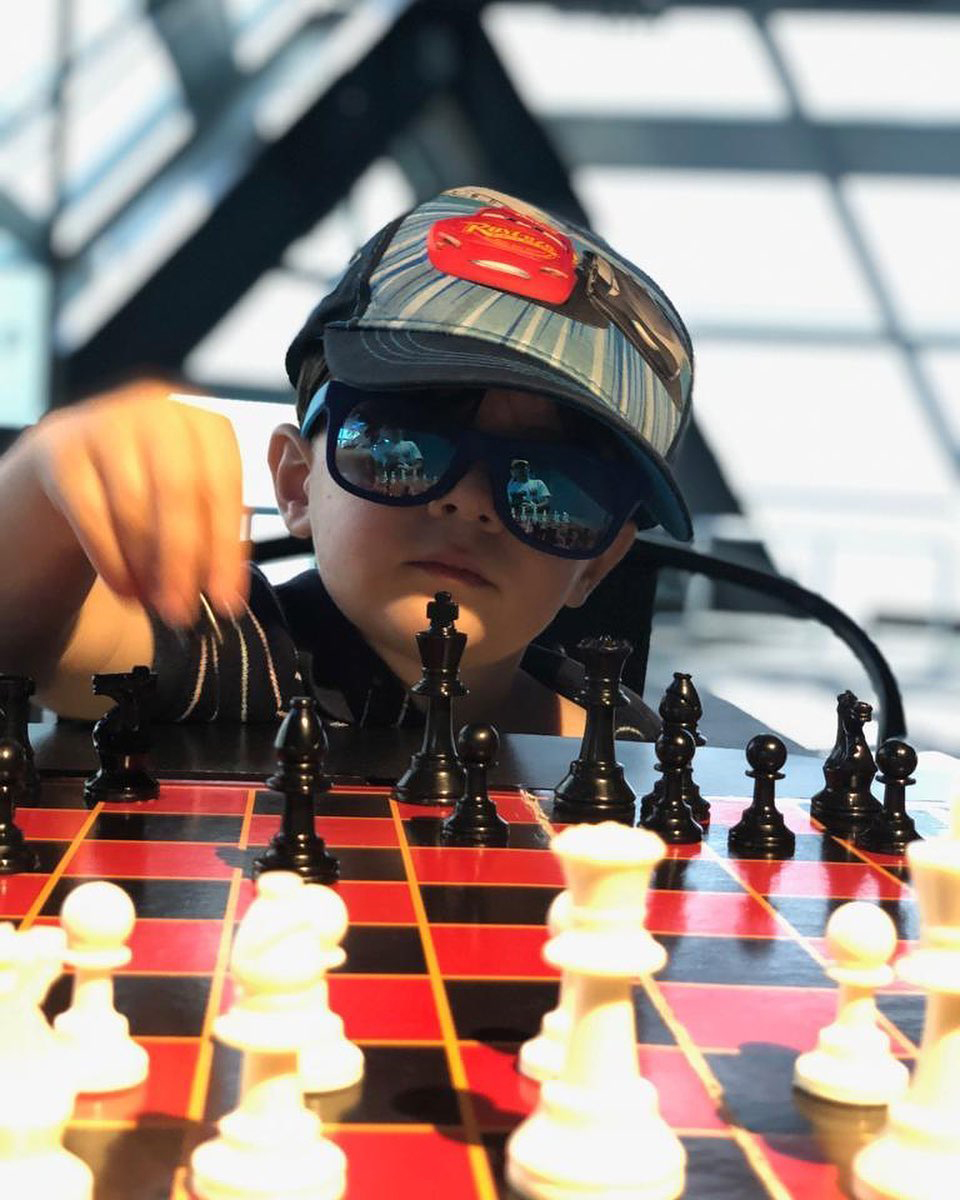 “In August 1995, I went to a chess camp where there was a lecture on how women weren’t as good as men due to their IQ. I was livid, and walked out, but it made me more determined to succeed!

“By April 1997, I was in the top 10 female players in the country, with the title of National Master, which I was awarded after reaching a rating of 2,200 from previous competitions. The following June, I became the first female winner of the US Junior Open, aged 18 – it was an incredible moment.

“After moving to New York to study literature and art in 2002, I kept working on my chess, and in December that year I won the US Women’s Chess Championship in Seattle.

“The tournament lasted two weeks and each game was between four and six hours long. I beat five competitors in a row, and after a stressful three-hour final, I was crowned the winner, scooping $10,000 in prize money. It felt like all my hard work had finally paid off – I was so proud. 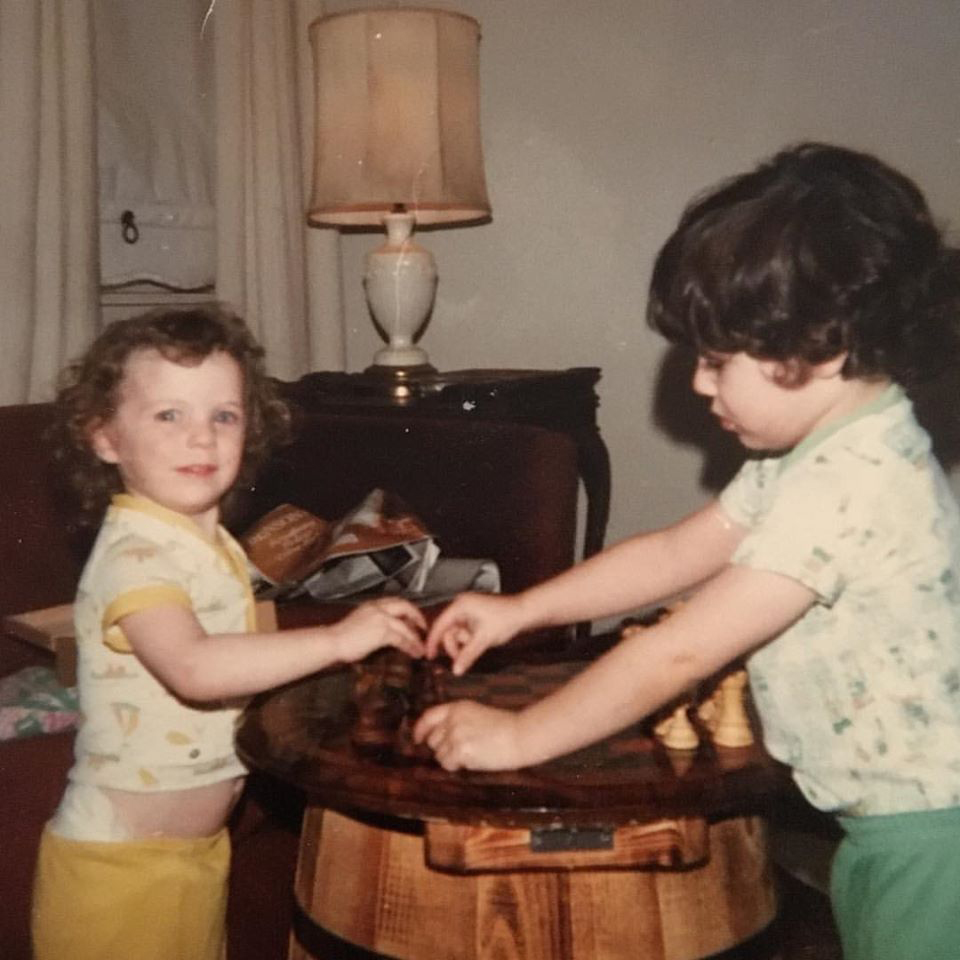 “Since then, I’ve carried on competing, and have also written books on chess. In February 2019, I set up my own chess programme online, teaching women around the world to play.

“I’m now a two-time US Women’s Champion and Senior Master, and current Women’s Grandmaster – the highest title there is. There are so few female chess players that women can get a lot of attention from other competitors and the media, some of which is not always positive.

“I’ve experienced leering and belittling comments, but I shrug them all off.

“I’ve always had the support of friends and family, especially my husband Daniel, who I married in 2016.

Following the release of The Queen’s Gambit, searches for chess sets on eBay surged by 273% – that’s one search every six seconds.

“When The Queen’s Gambit – the story of an orphaned girl who finds out she is astonishing at chess – came out on Netflix last year, I thought it was brilliant. It really conveys the beauty of the game, and I’m thrilled that chess is finally getting the attention it deserves.

“I hope it encourages more parents to teach their children how to play, like I’m doing with my son Fabian.

“While it might be known as a man’s game, chess is a great equaliser. I hope my story, and the show, inspire other women to try it.”