KAY Burley called out Health Secretary Matt Hancock this morning as he blundered over the rules for Tier 2 drinkers.

The host quizzed Mr Hancock over whether takeaway meals are allowed to be eaten in wet pubs, but he failed to give the simple answer – which is no.

Sky News’ Kay Burley quizzed the Heath Secretary on whether takeaway meals can be eaten in wet pubs Credit: Sky

Attempting to answer the question, he said: “It’s the law. We passed the law in Parliament, we passed it last night.

Even after quizzing the Health Secretary directly again, he failed to give the simple, straight answer.

Kay Burley then pushed the stuttering Health Secretary, saying: “You don’t know, do you?”

He then responded saying, “I know that it is a matter for the courts depending on the individual cirmunstances.

“Kay, it doesn’t matter how many times you interrupt me, I’m going to tell you what the answer is.

“The courts interpret the law that is set by Parliament for this country.

“The law has been set last night. If people break that law then it’s for the courts based on the individual circumstances to determine that.”

But the answer to the question should have been a simple ‘no.’

In Tier 2, the rules are clear that alcohol is only served for consumption on the premises as part of a table meal – so that the venue is operating as a restaurant.

So under the Tier 2 restrictions, a wet pub wouldn’t be able to open and serve drinks while customers ate a meal which the venue didn’t provide.

If a pub doesn’t serve food, they can’t serve alcohol to punters.

This morning, punters already toasted the end of lockdown with breakfast beers and a trip to the local.

The country has been in severe restrictions since November 5, with pubs shut and mingling banned until this morning.

Today the country has moved back into a “beefed up” tier system – with restaurants and shops allowed to open back up.

And excited people have already sunk their first festive tipple to toast the second lockdown ending.

Meanwhile, the excitement of lockdown ending was coupled with even more good news this morning.

The UK is the first country in the world to give a Covid vaccine the green light – with mass vaccination planned from next week.

The jab – which is 95 per cent effective and developed by pharmaceutical giant Pfizer and German firm BioNTech – is safe for use, health regulators say. 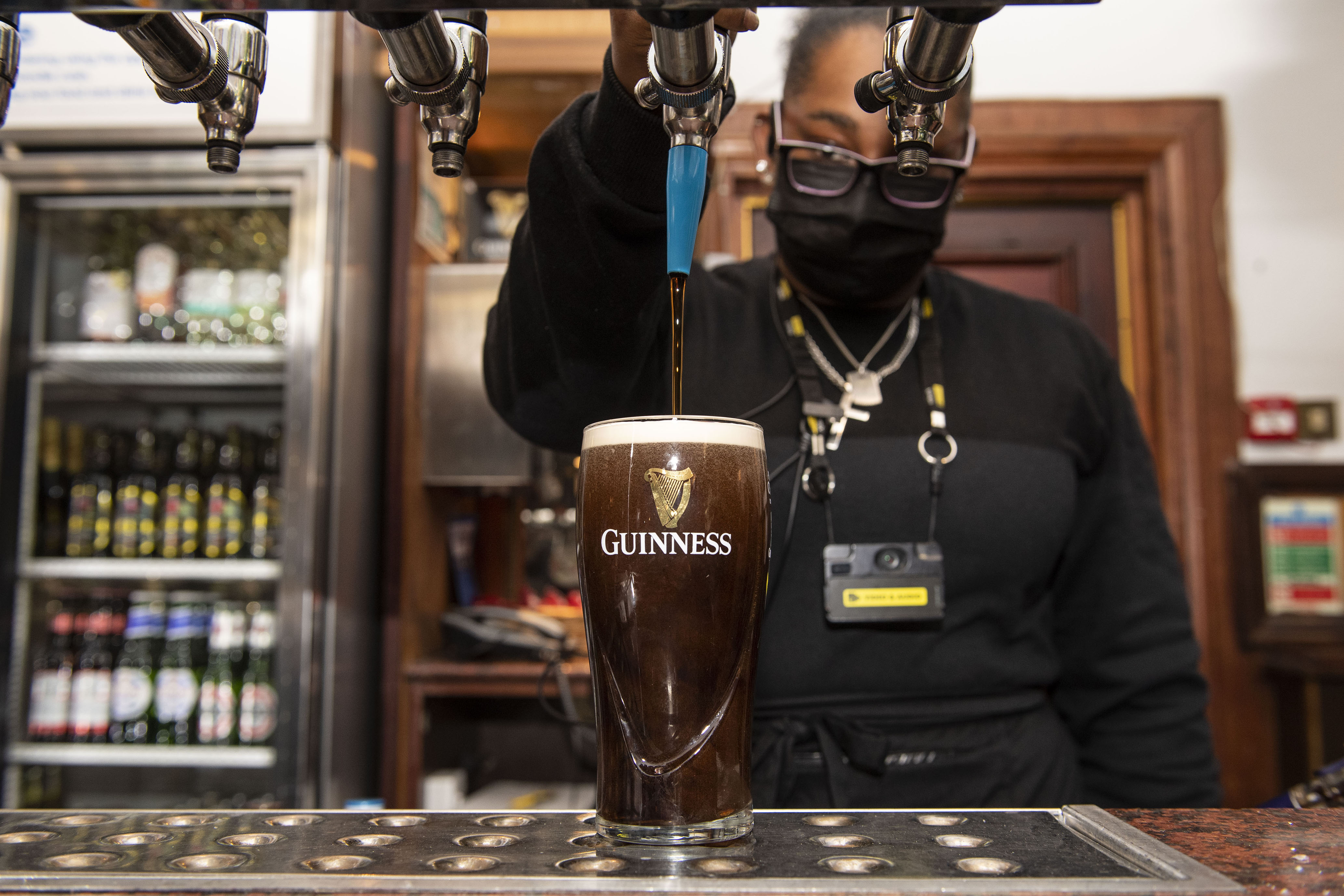 First pints in over a month were pulled this morning across Tier 1 and 2 areasCredit: Evening Standard