SHOPPERS have been snapping up a £129 Marks and Spencer footstool for £1 after a glitch saw the price dramatically reduced.

Bargain hunters spotted the too-good-to-be-true price tag and quickly bagged the deal on the Harper Small footstool before it was taken down. 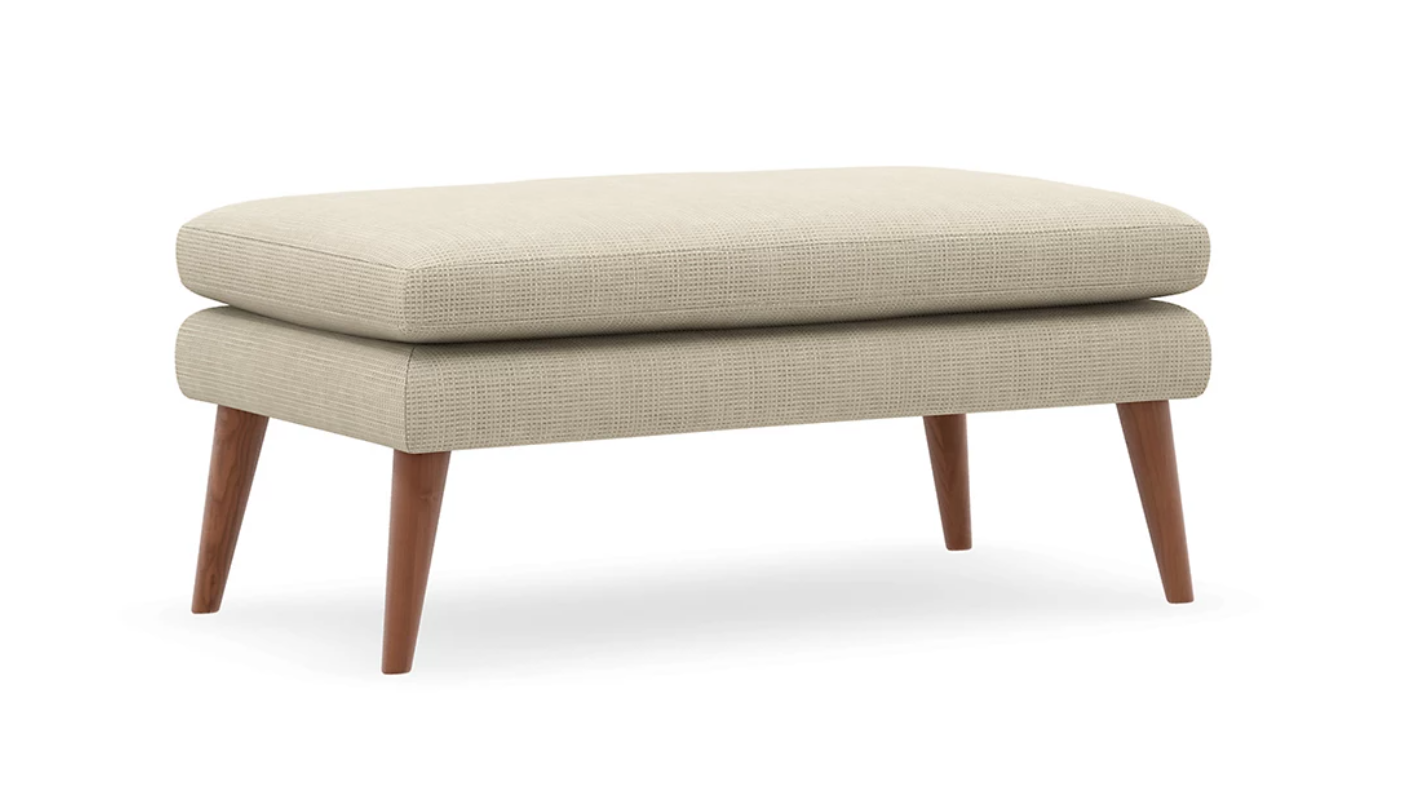 The piece of furniture is a new addition to the store’s homeware range and was displayed for £1 online, or shoppers could choose to split the cost over 24 months with its credit scheme for just 4p a month.

Shoppers rushed to share the deal, with customers posting confirmation emails of the sale on the Extreme Couponing and Bargains UK Facebook group.

One person wrote: “Thank you, just ordered mine. Total bargain!”

At one point, the website said it had sold 1,500 of the products in the past hour. 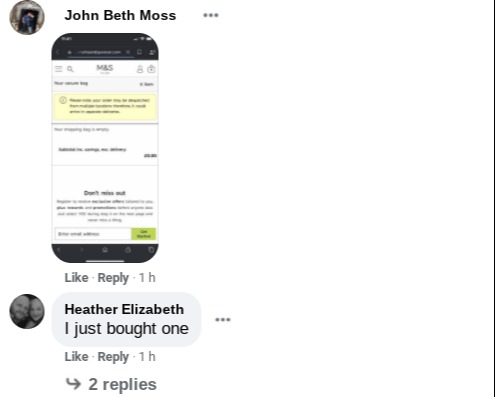 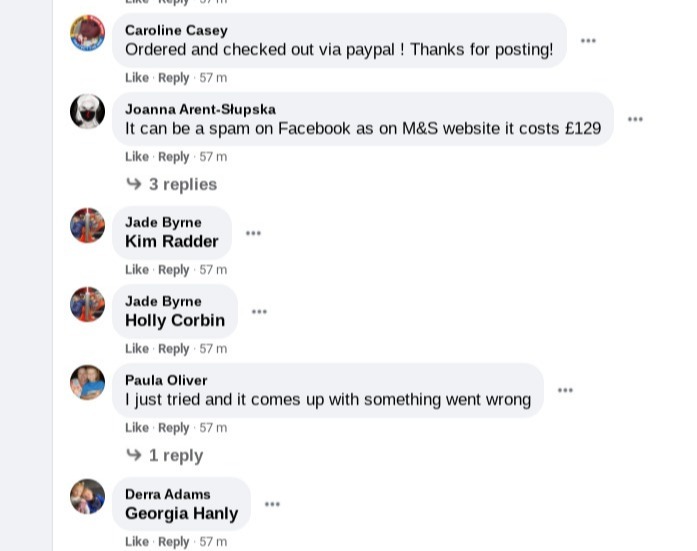 But shortly after the deal appeared on bargain forum HotUKDeals, customers started to have trouble adding it to their baskets.

Bargain hunter John said: “They’ve taken it out of my basket”, while another said: “I just tried and it comes up with “something went wrong”. “

The retailer has also now removed the footstool from its website to stop anyone else from bagging the “deal”.

Unfortunately, the retailer has confirmed that the cheap price was a mistake and it won’t be honouring any sales bought for £1.

It means if you are one of the lucky shoppers that scooped up the deal, your order will be cancelled and your money returned.

Replying to one customer who flagged the offer on Twitter, M&S’s social media team replied: “We’re aware of the pricing error and we’re taking steps to get the pages updated to the correct pricing.

“Any orders for this item that have managed to go through will be cancelled in due course and the payment refunded to the customer.”

Retailers aren’t technically obliged to honour price glitches if it was a genuine mistake. 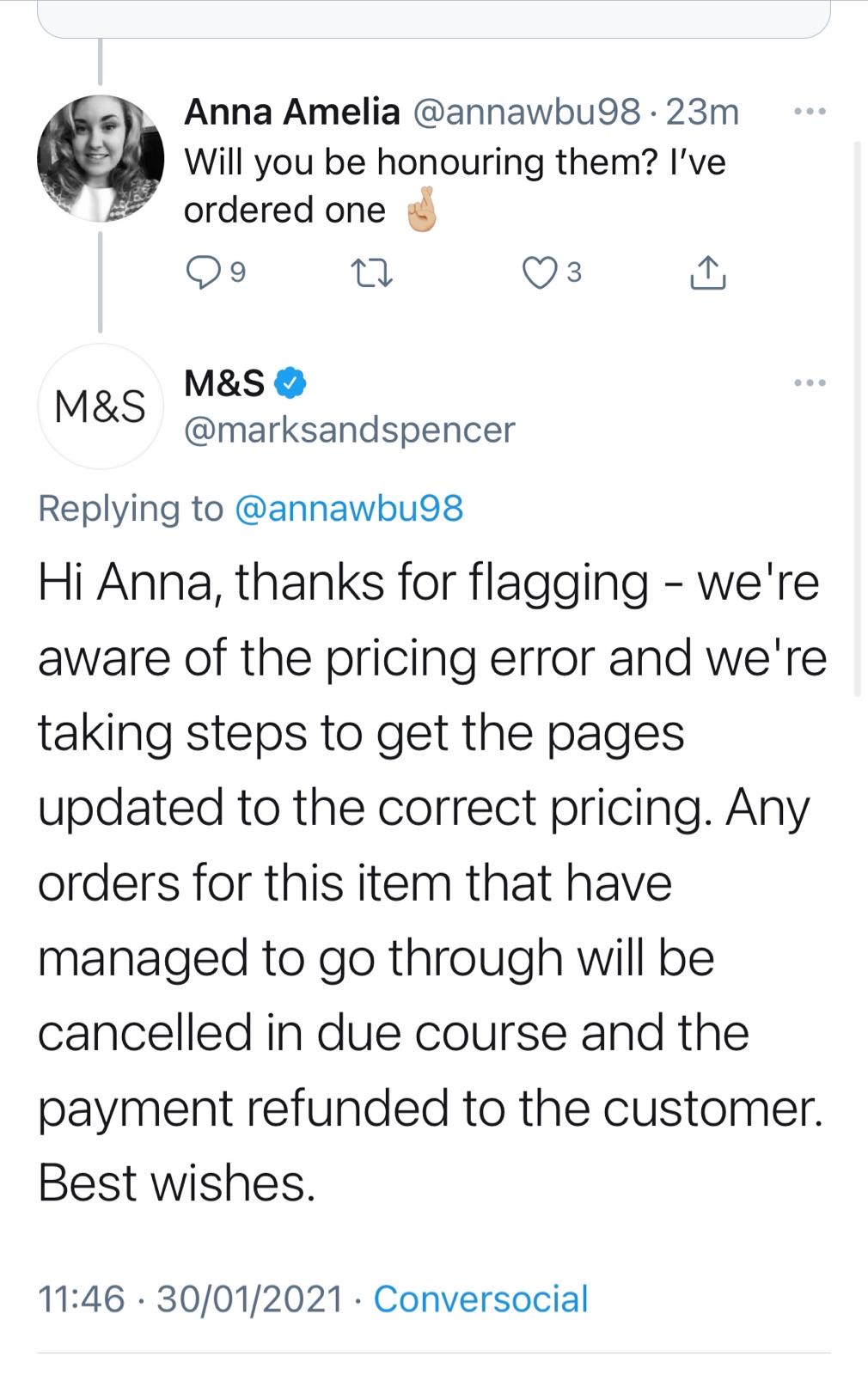 M&S has confirmed it will not be honouring the deal

M&S has since removed the footstool from its website

What are your rights if something is advertised at the wrong price?

YOUR rights on buying something for the wrong price depends on whether you bought it in a shop or online. Here are your rights according to Citizen’s Advice:

Buying in a shop:

A clause in the M&S website’s terms and conditions also states that it can cancel orders in cases like these, even after you’ve received a confirmation email.

They’re not the only ones to suffer a pricing gaff.

Currys PC World once flogged Apple iPads worth £289 for just £4 instead of offering shoppers a free case like it had intended.

Earlier this year, Brits rushed to Tesco to take advantage of a computer glitch that gave double discounts on meal deals – costing one shopper just 4p.

Only M&S foodhalls remain open during the coronavirus lockdown because they are considered essential retailers.

But branches that only sell clothing, homeware and beauty products are closed for now, in line with the latest government restrictions.

Shoppers can still order clothes and homeware online, although you’ll have to fork out between £2.99 and £6.99 for delivery.

WE all know the problem – rifling through apples or strawberries for nice-looking ones that will not be all manky...