WITH his backflips, snake hips and topless calendar pics, Aston Merrygold of JLS was the ultimate Noughties boy band heart-throb, never shy of stripping off while performing alongside bandmates Marvin Humes, Oritse Williams and JB Gill.

No surprise then that he says the weirdest part about becoming Robin on the wackiest show on the box, The Masked Singer, was that he was forced to cover up. 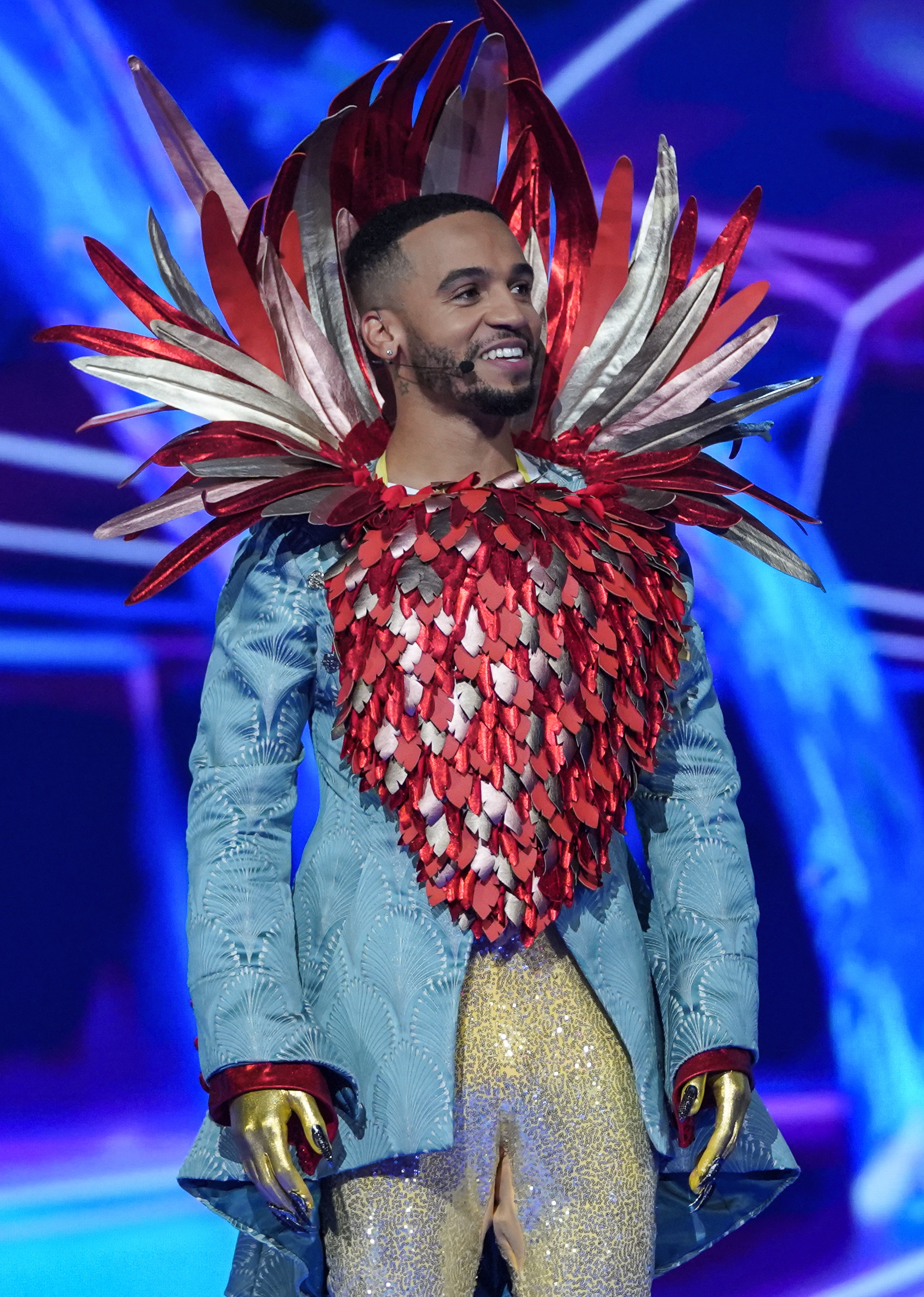 Aston Merrygold reveals the weirdest part of playing Robin in The Masked Singer was being covered upCredit: ITV 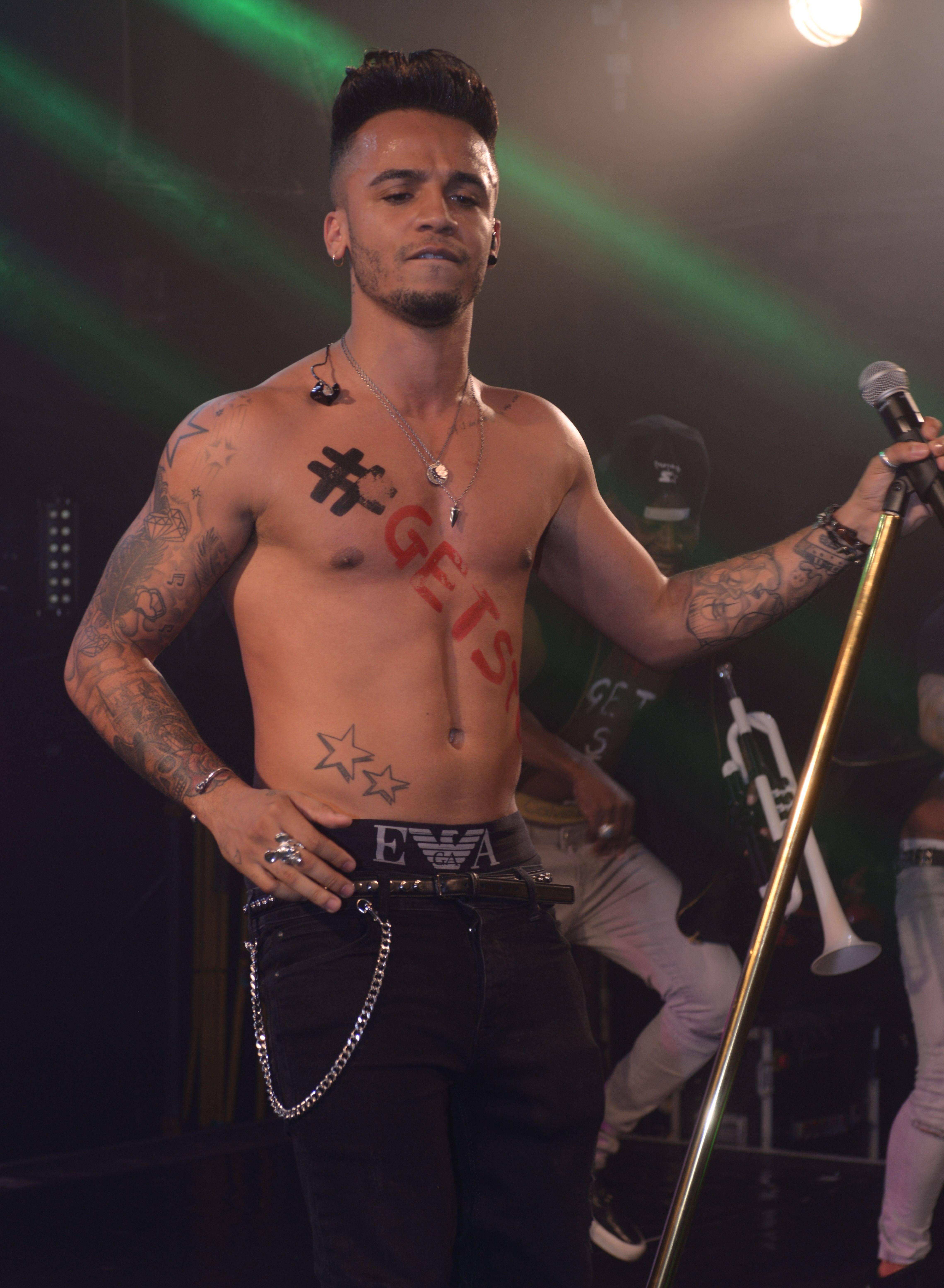 The singer is never shy of stripping off on stage with his bandmates from JLSCredit: Rex Features

Aston, who finished third in Saturday’s final, told me: “I’ve been on stage my whole life trying to take clothes off, not clamp outfits on. It’s a bit nuts. But it was nice not tensing my abs all the time.”

Panellists Rita Ora, Mo Gilligan, Davina McCall and guest judge Nicola Roberts guessed Robin was Aston, despite him changing his stride to one like fighter Conor McGregor to try to throw the judges off the scent.

Aston said: “I was really kind of Conor McGregor, you know, swagger. It was outland-ish. It was fun. It took a lot of mental strain on you as well because you need to really think about this character. You kind of get a bit paranoid because I needed to be ruffling the feathers a little bit.

“Anyone who could have tapped into my brain at that point would be like, ‘This guy’s f***ing nuts’, because just the thought processes were so out there.” 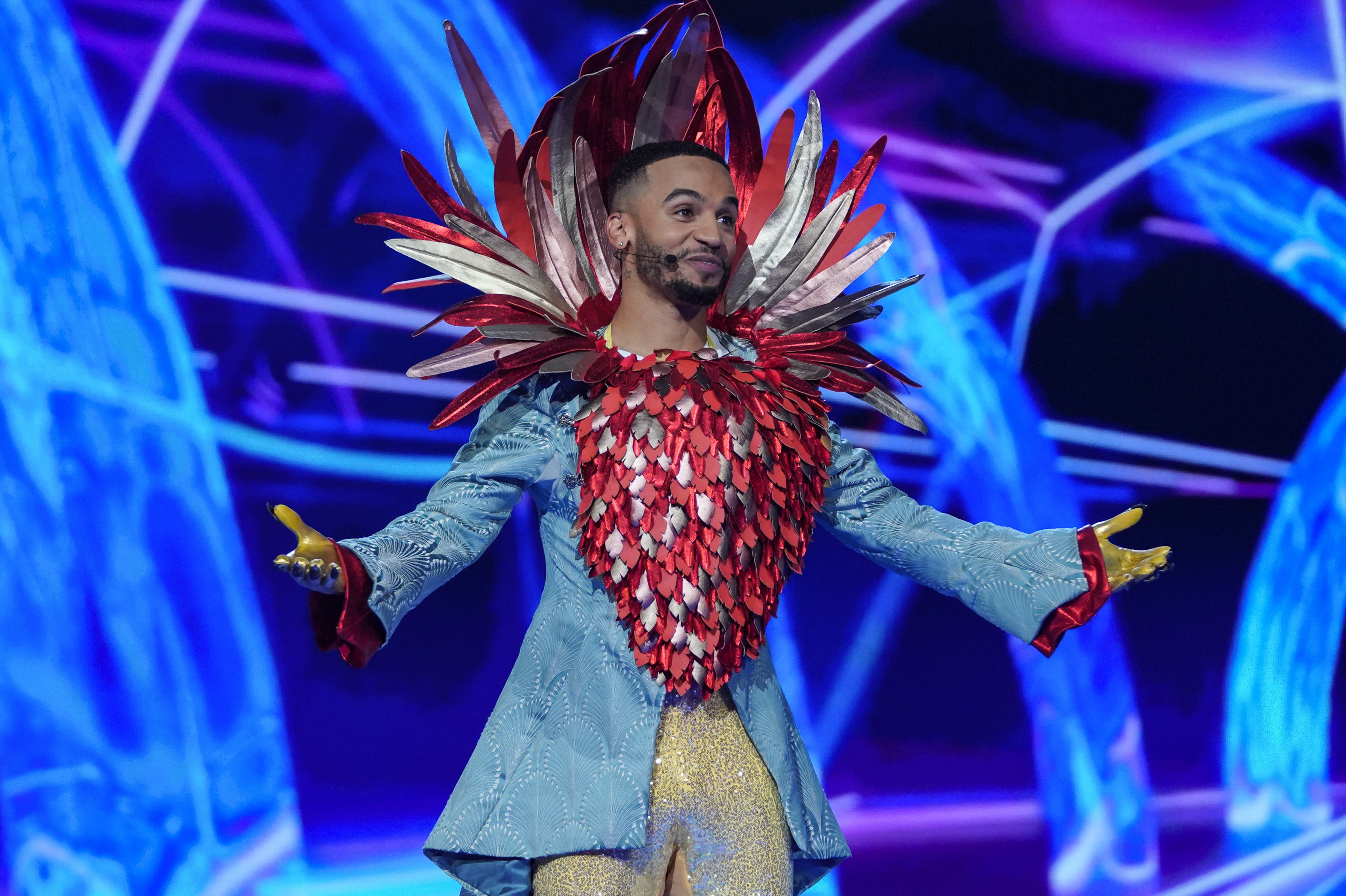 He says says ‘I’ve been on stage my whole life trying to take clothes off, not clamp outfits on’Credit: ITV

His bandmates weren’t fooled either, and Aston had to ignore their texts asking if it was him in the costume.

The singer, who has relaunched his solo career off the back of the show and has just released the single Overboard, added: “They did obviously message a few times and I was just like, ‘What you talking about?

“Like, guys, I don’t have time for this, the kids are running around’. I just kept batting it away. 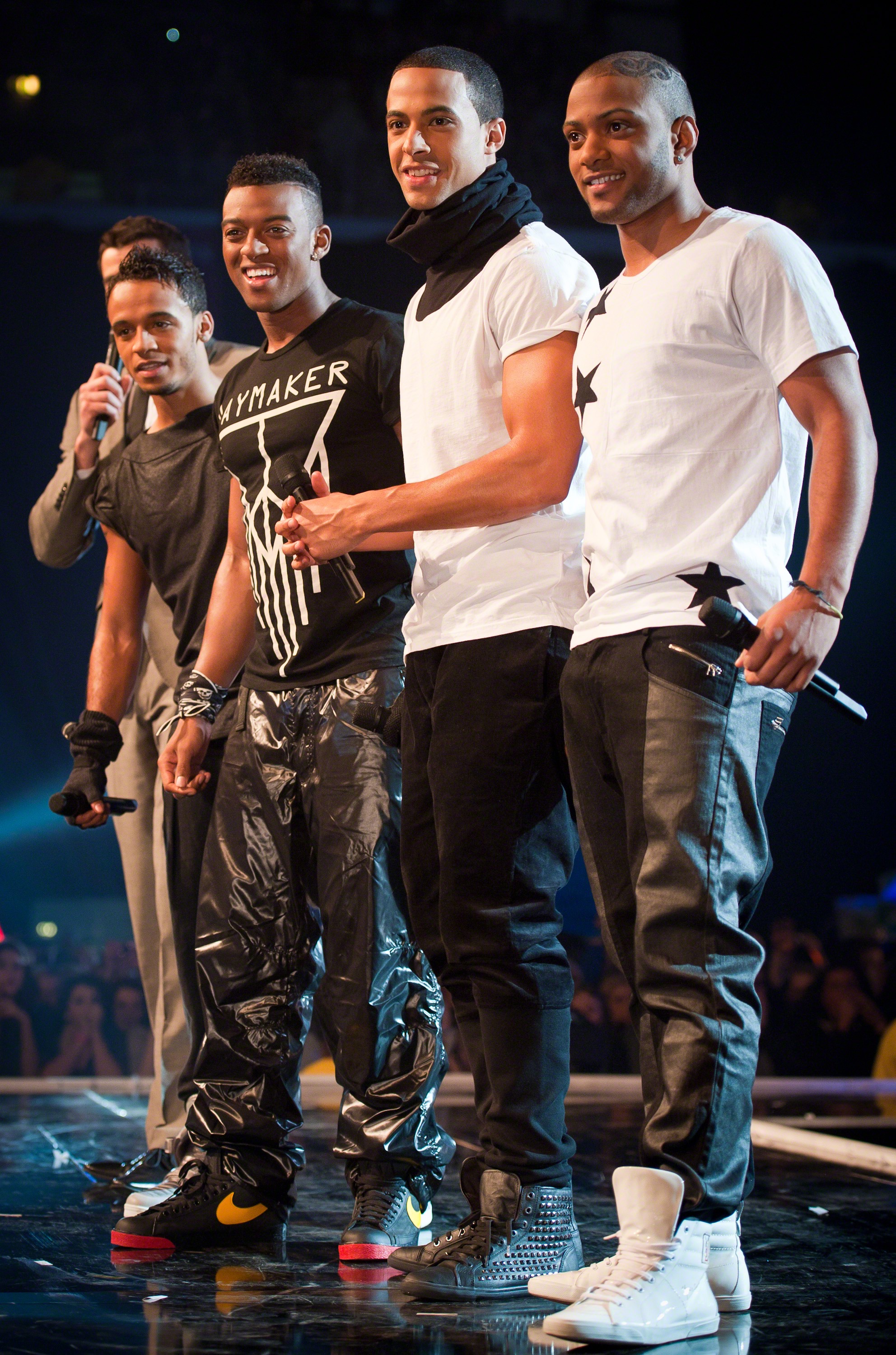 Aston had to ignore his bandmates’ texts asking if it was him in the costume as they weren’t fooledCredit: Getty Images – Getty 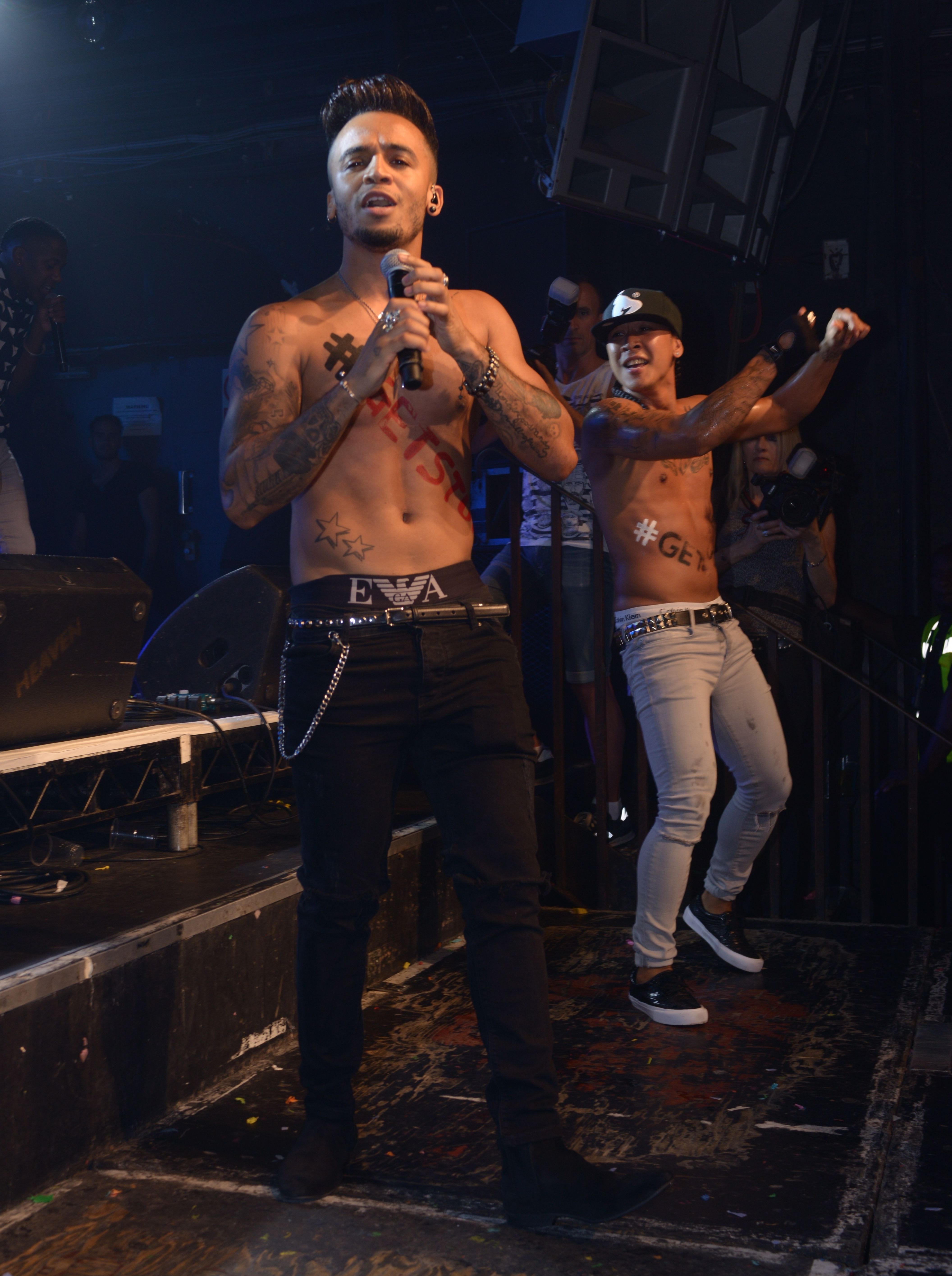 The now solo singer explains ‘They did obviously message a few times and I was just like, ‘What you talking about”Credit: Rex Features

“You can’t be working with people for ten-plus years and be friends for longer, then expect them not to know exactly what I sound like.

“They’ve heard it flippin’ every day.

“Who am I kidding? I just thought I was being clever!”