PEOPLE ran for their lives on Wednesday in Philadelphia as a gunman shot eight individuals including elderly men and a teenager in broad daylight.

A 71-year-old man was shot in the stomach and multiple times in both legs and is in critical condition, while the seven other victims were in stable condition. 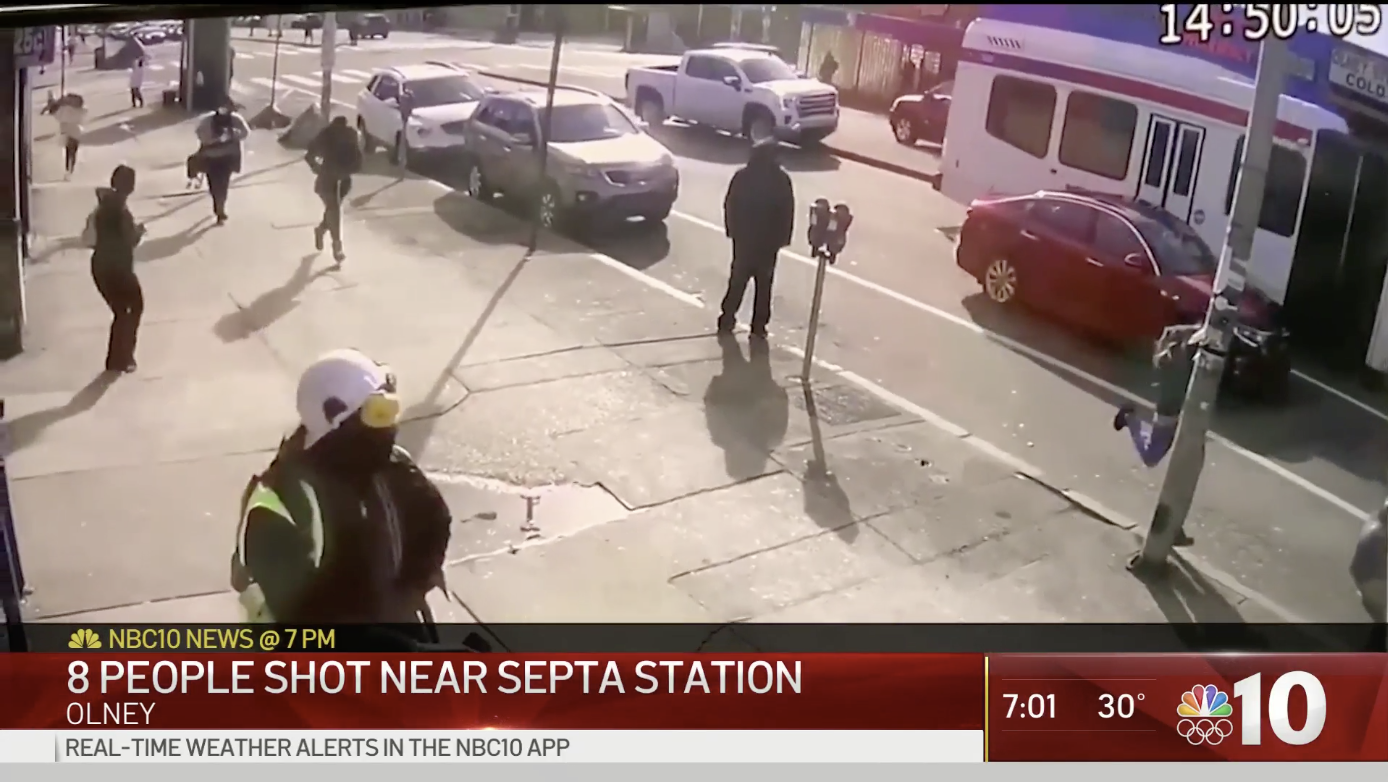 Surveillance footage obtained by NBC10 showed more than a dozen people running on the sidewalk near a SEPTA station in the Olney section of Philadelphia, Pennsylvania.

Some of the panicked people looked back as they ran, while others did not.

“We saw them running and people was falling down and I was like, ‘Oh my God, that’s a random gunshot,'” SEPTA rider Lisa Poe told NBC10.

“We didn’t see no shooter, we just heard all the shots and everybody was just running in the crowd.” 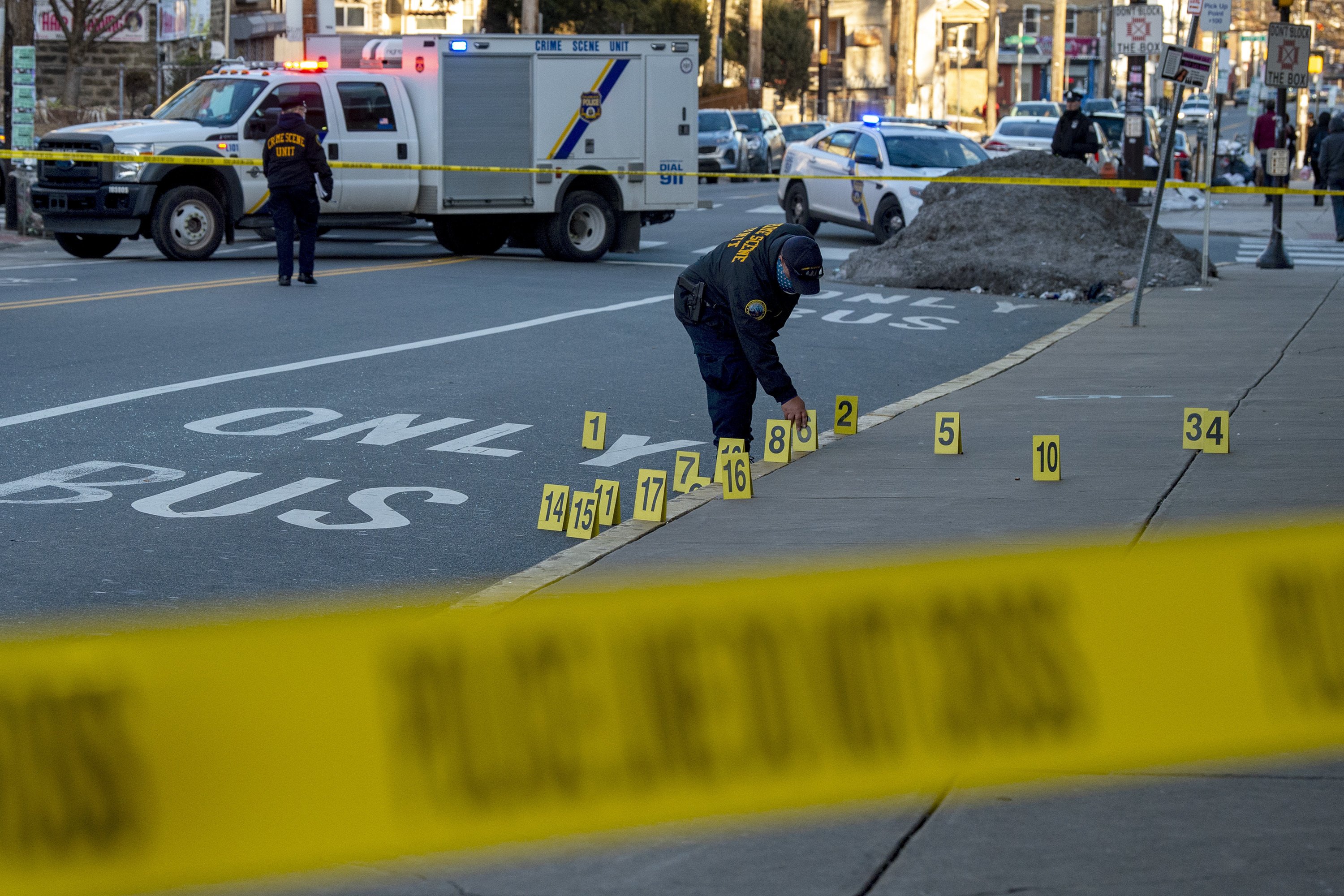 One person was in critical condition following the shooting and seven others were in stable conditionCredit: AP:Associated Press

The shooter did not appear in the video.

Shots were fired around 2.50pm at Olney Avenue and Broad Street near the Olney Transportation Center and Albert Einstein Medical Center.

“Today’s mass shooting near the Olney Transportation Center, in broad daylight, is yet another tragic example of the vicious, outrageous, and unacceptable gun violence epidemic that’s threatening the lives and safety of our fellow Philadelphians,” Philadelphia Mayor Jim Kenney said in a statement.

The victims who were expected to recover ranged in age from teens to 70. 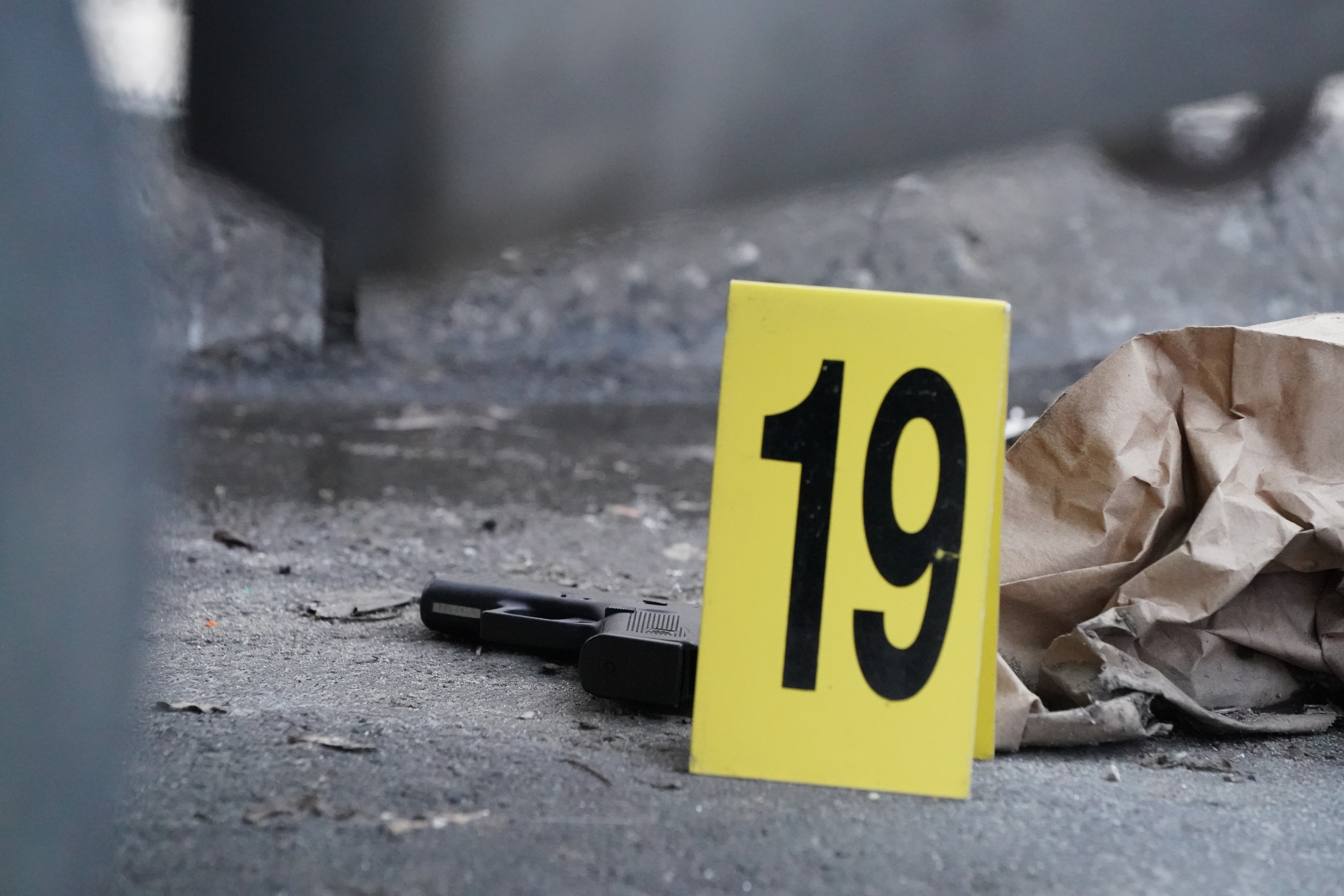 The shooting occurred on Wednesday afternoon near a SEPTA station in the Olney section of PhiladelphiaCredit: AP:Associated Press

A 70-year-old man was shot in his right thigh.

Six of the victims were transported to Albert Einstein Medical Center nearby, and another victim was taken to Temple University Hospital. 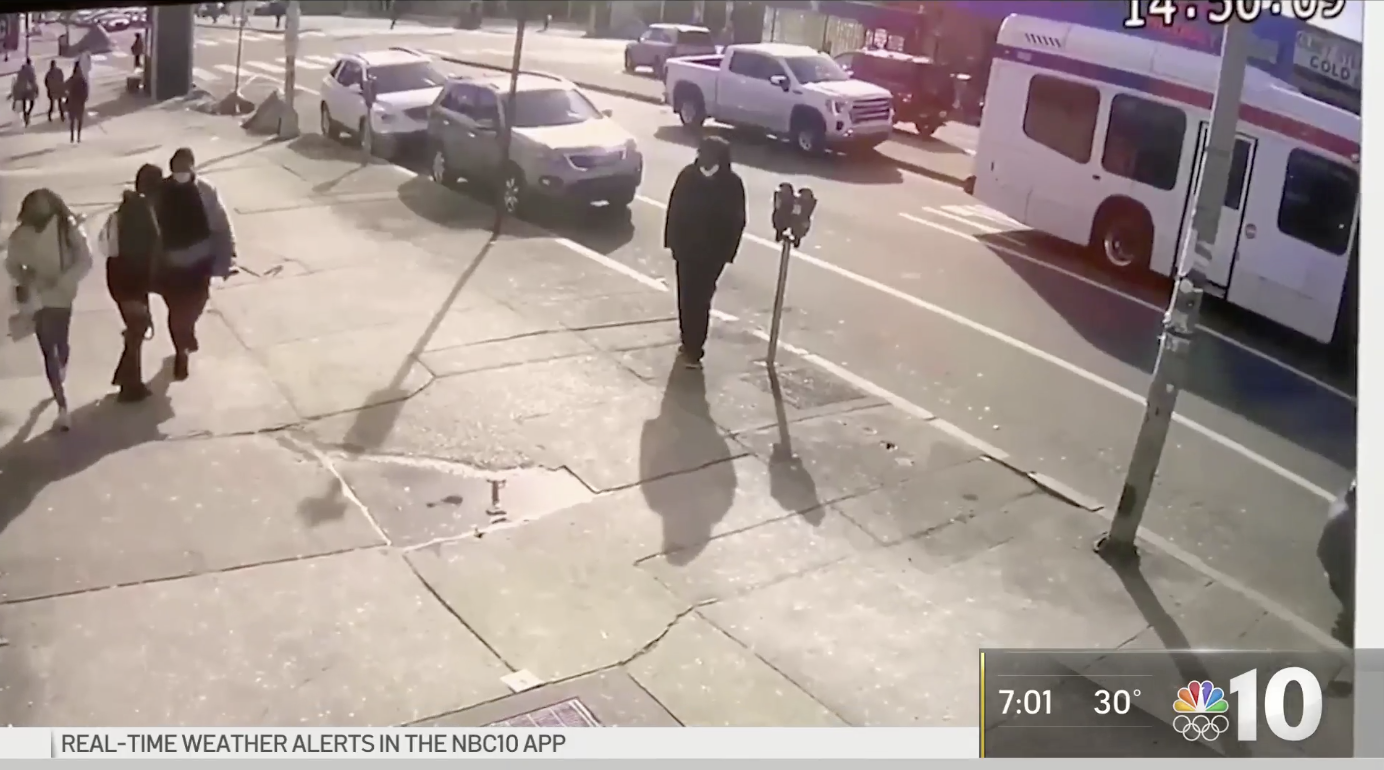 People were captured in surveillance footage running for their livesCredit: NBC

The 48-year-old man who was grazed walked into Albert Einstein Medical Center.

Mayor Kennedy said he was “beyond sickened” by the attack.

“I refuse to accept this emergency situation as normal,” he said.

“We must rise together with one clear and united moral voice against the evil act of violence.” 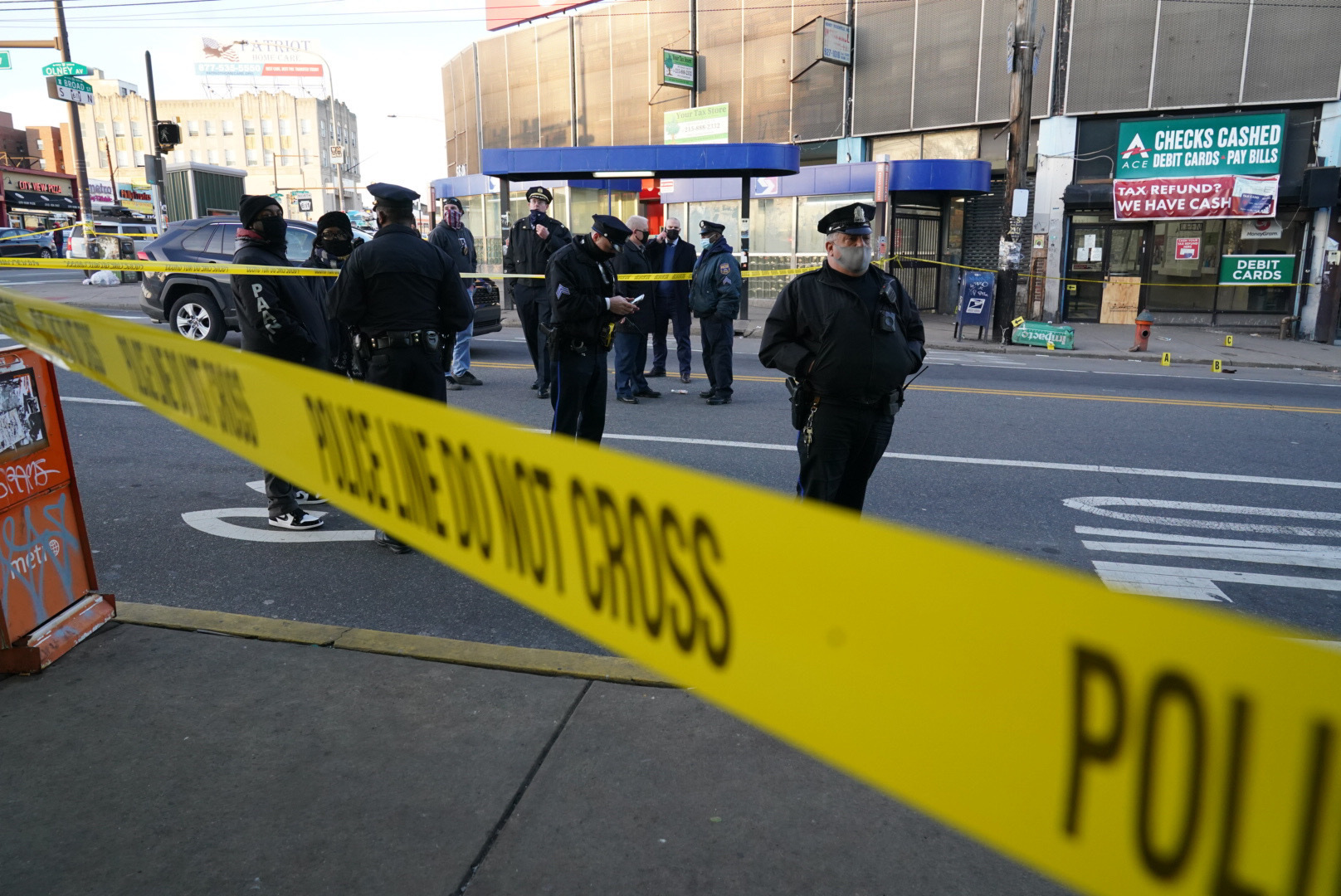 Kennedy said that people have the right to go around the city without being fearful of getting shot and possibly killed.

Philadelphia has seen 251 shooting victims to date this year, a 68.5 percent increase from the same time frame in 2020.

“And we need everyone to come together to help us solve these cases.”

The suspect remains at large.

Police are asking anyone with information to call 215-686-TIPS.