TWITTER is going crazy for MSNBC’s Steve Kornacki as he and his khakis return to Americans’ small screen just in time for the nail-biting election results of Georgia’s runoff Senate races.

In a stream of tweets on Tuesday, people raced to profess their love for the return of their “boyfriend” as Vogue called him, saying Kornacki’s return to election polling brings a familiar face during a rather stressful time.

⚠️ Read our US election live blog for the latest news & updates 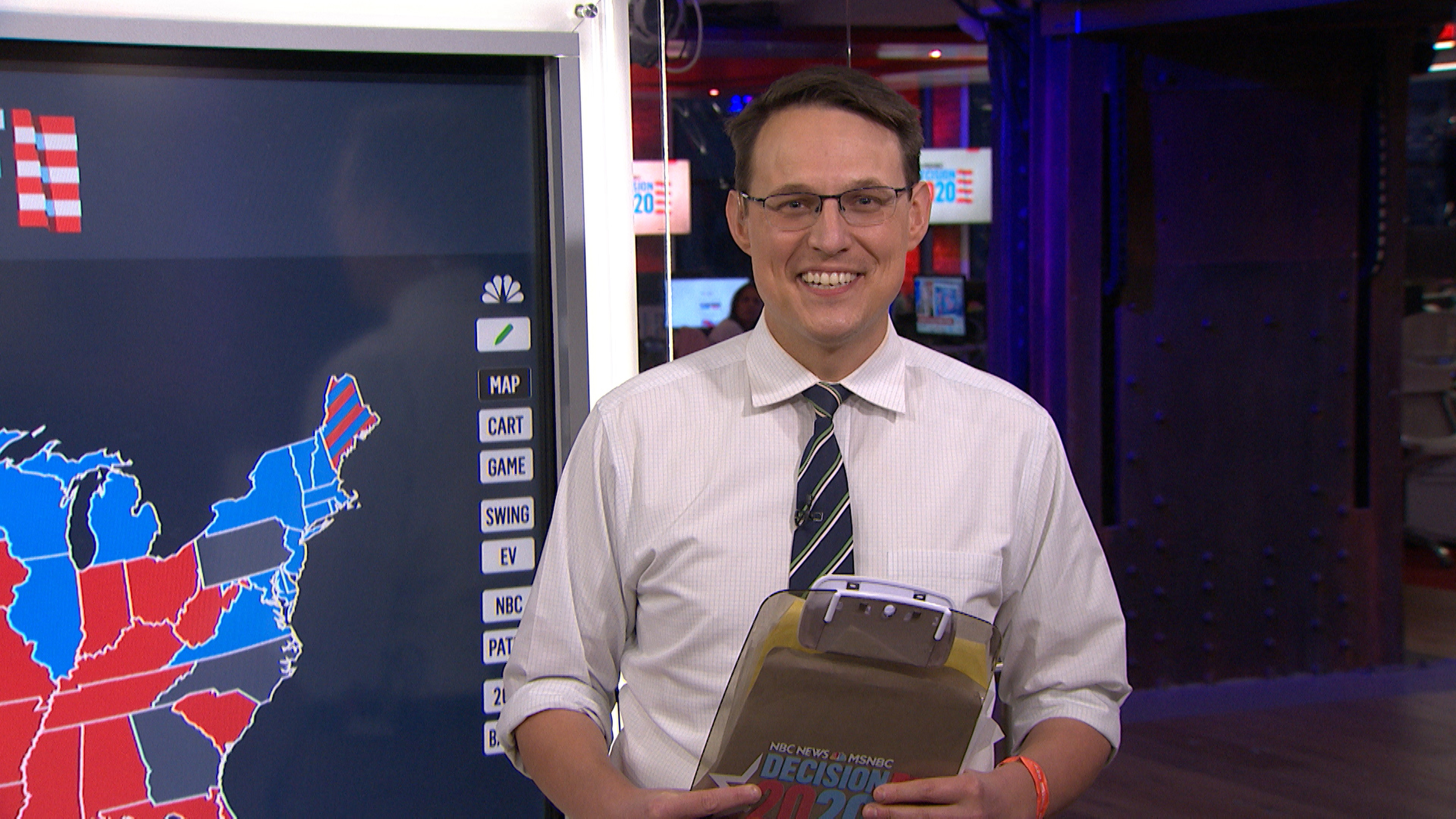 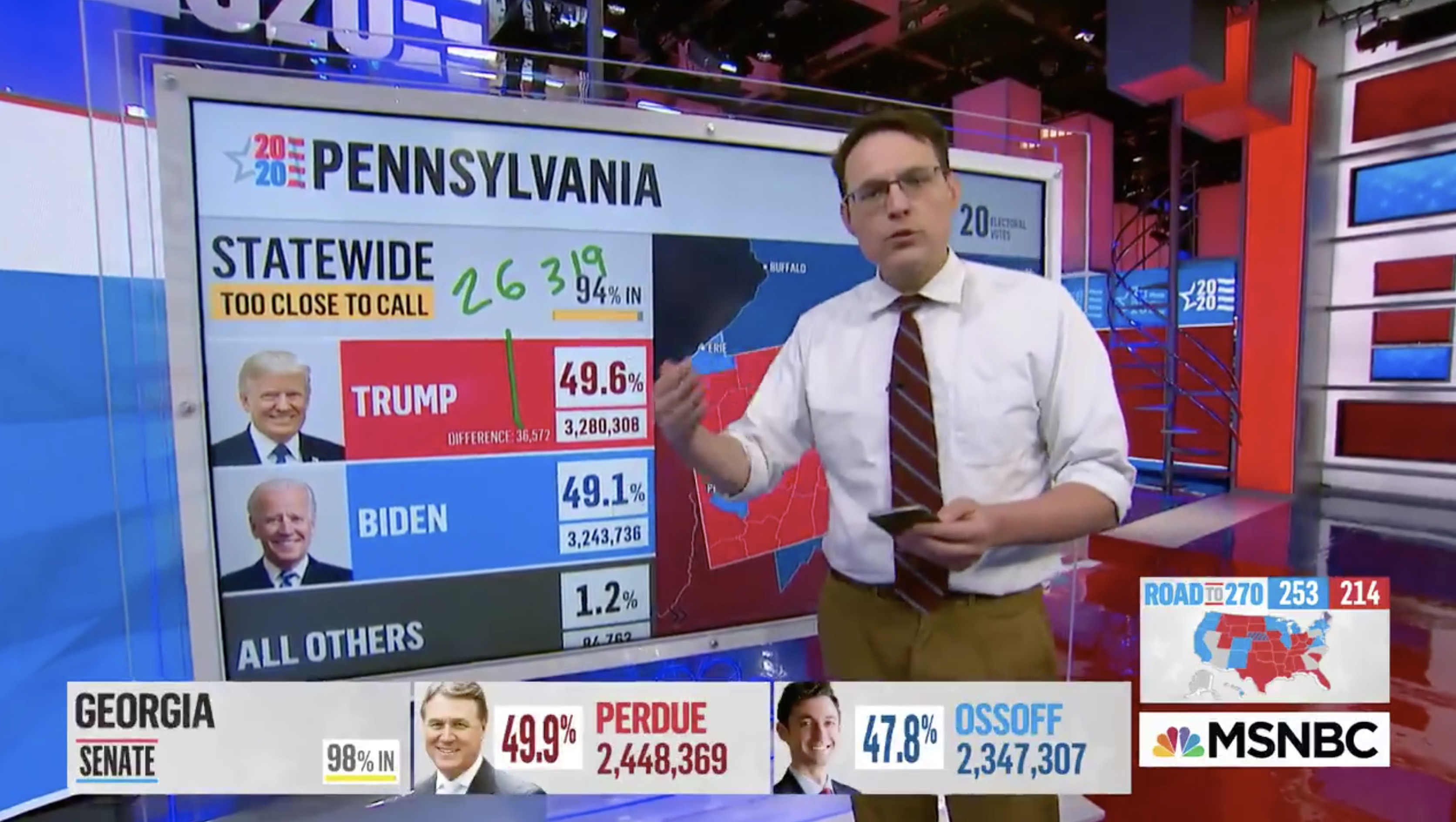 MSNBC’s Steve Kornacki spent more than 10 hours on air without a breakCredit: MSNBC/Twitter

Twitter users have been thanking the stereotypical khaki and button-down shirt ensemble-wearing man for staying on top of the tallies for three days while taking little rest.

The loving nicknames didn’t stop there for Kornacki, who is single and gay and recently gained nationwide attention for chugging Diet Coke while not sleeping for close to 48 hours when he began covering the election in November. 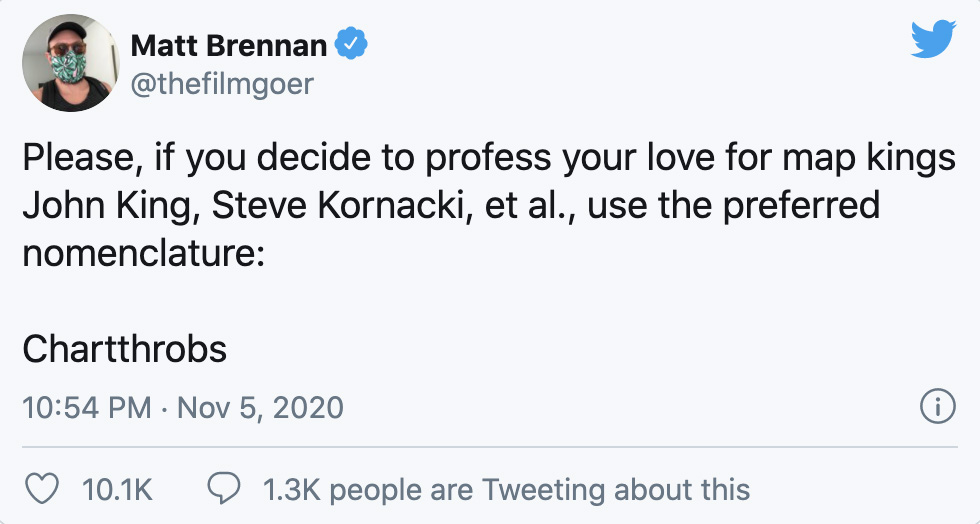 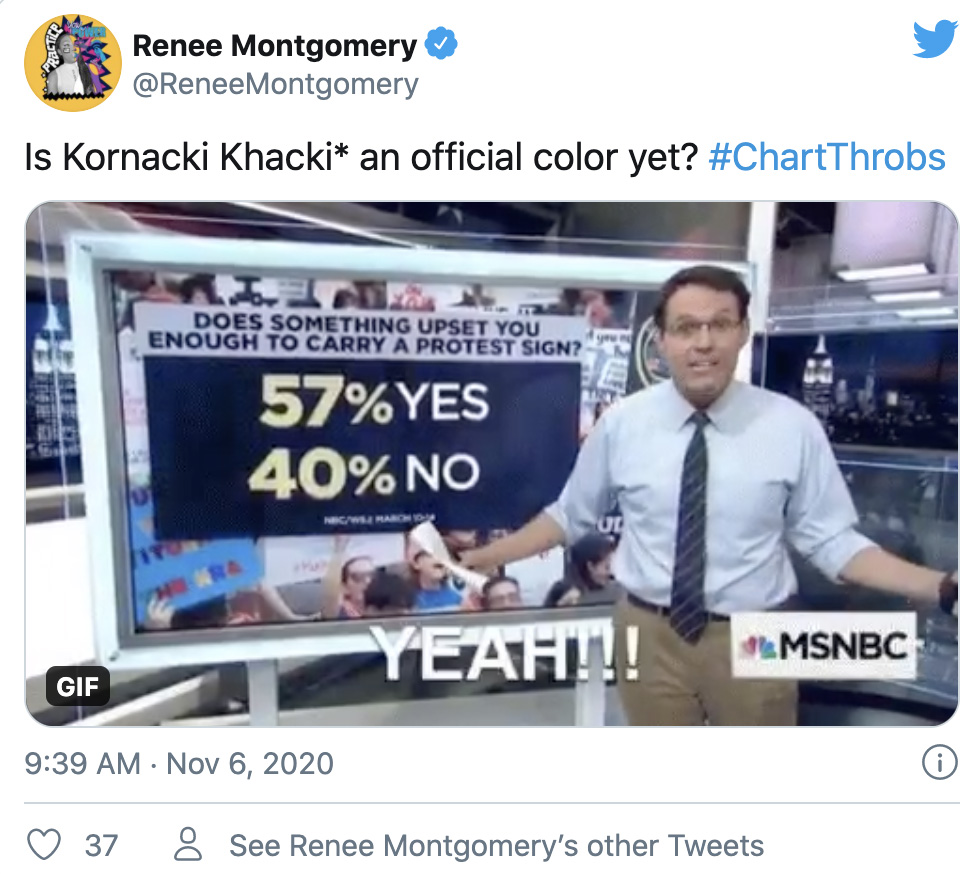 SNL star Leslie Jones praised Kornacki’s return in as comedic a way as one would expect from an alum of the show.

“Don’t pass Steve Kornacki around like a joint,” Jones said of Kornacki’s return to election statistics after his brief stints in sports. “He’s not a joint, he’s a statistioner [sic].”

“Make sure you get at least 10 pairs of khakis Steve,” Jones said in one tweet claiming Kornacki got a deal with Gap that she helped him get in November. “There you go, he’s writing on the screen again. God I love this man.”

“Steve just be so excited. What’s up Steve? There it is,” she said in another video tweet with the hashtag “#KornackiThirstcontinues.” 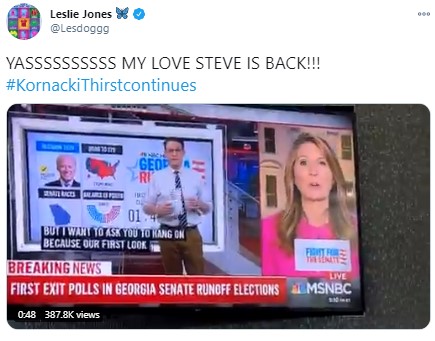 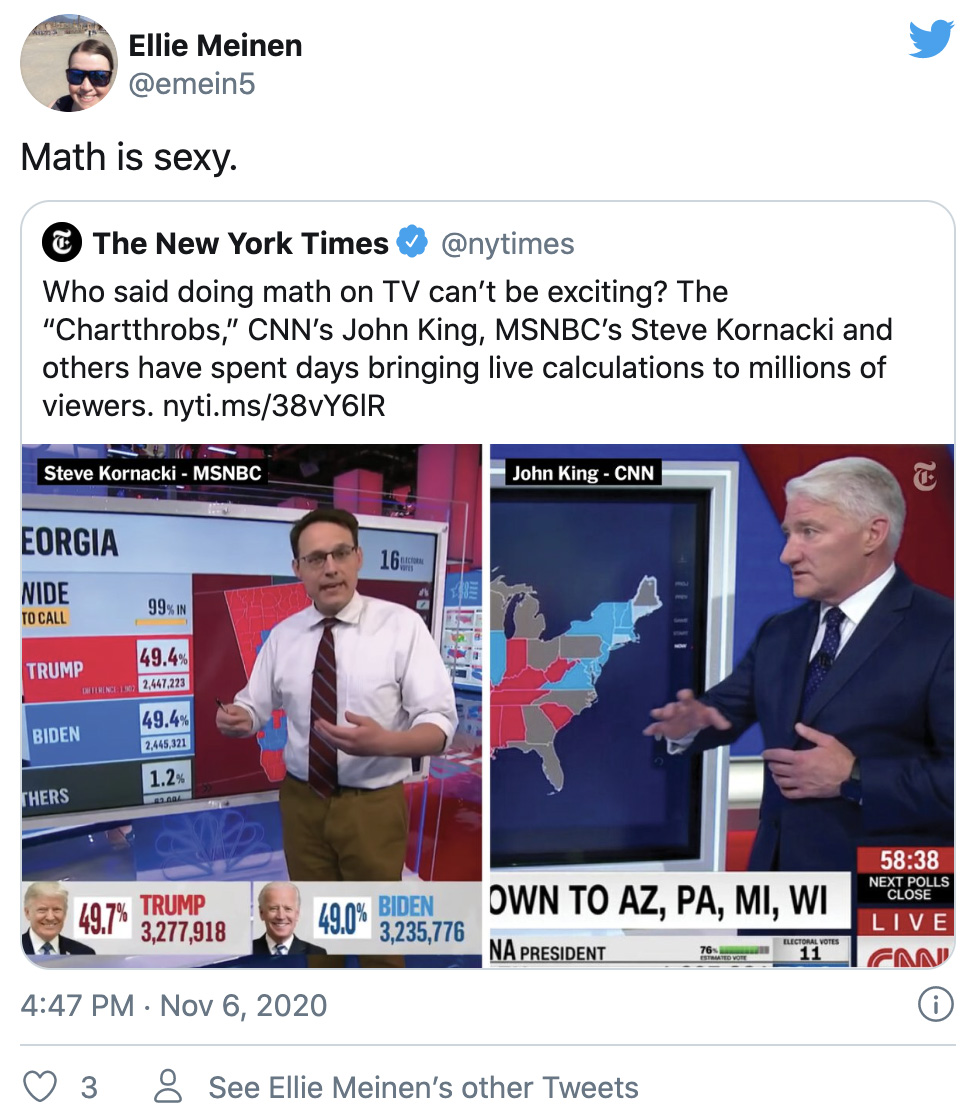 Twitter users have also thirstily commented on how Kornacki clutches the clipboard in his hand with notes on the vote tallies.

Following his explosive coverage of the election results in November, Time interviewed Kornacki on his newfound nickname “map daddy.”

“That’s a very loose use of the term ‘heartthrob,'” Kornacki said. “It took a couple days to realize that stuff like that was happening. I didn’t recognize anything about it election night or probably the day after.”

“But I started getting family and friends sending me things. There are worse fates in life than that,” he went on. “Some of it made me a little squeamish, but it was all coming from a good place.

On the morning after Election Day, an MSNBC spokesperson told The Washington Post that Kornacki “has not slept since he was on ‘Morning Joe’ yesterday.” 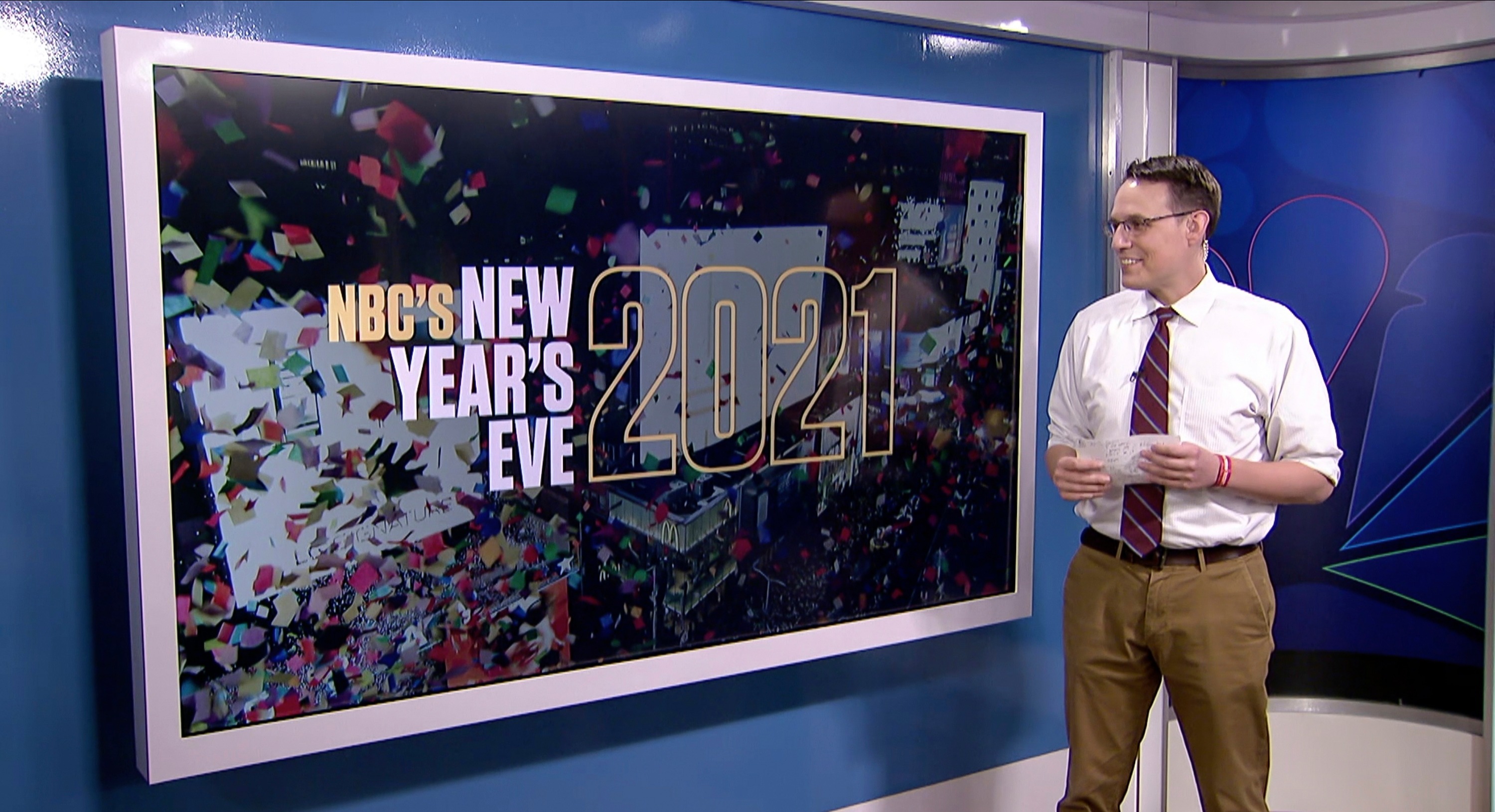 Many tweeted about their love for the statisticianCredit: Twitter

Kornacki took a break shortly after, the spokesperson said.

One Twitter user shared a post with both CNN’s John King and Kornacki bringing live calculations to viewers and commented, “math is sexy.”

Others began sharing their most unique takes on the return of Kornacki to the small screen.

“happy steve kornacki day to all who celebrate,” wrote one user.

“My mom just left me this voicemail: “IT’S ELECTION DAY WHICH MEANS STEVE KORNACKI AT THE BIG BOARD-DIG IT!” Then she hung up,” wrote another.

Chartthrob fans were further charmed when MSNBC put out a video clip of Kornacki expressing gratitude to his viewers.

“I saw after I finally left the studio all these incredibly kind and friendly and nice messages everybody had on social media,” the host said.

Kornacki and other news hosts have been analyzing every batch of absentee ballot reporting in battleground states including Arizona, Georgia, Nevada, North Carolina and Pennsylvania, as many of them have shifted from Trump to Biden leading.