CHRISTMAS plans have been left in tatters for many due to coronavirus – but fortunately the NBA is here to save your December 25.

With most of the nation penned indoors, the TV is going to be everyone’s go-to, with no booze-fuelled charades or other festive favourites to play. 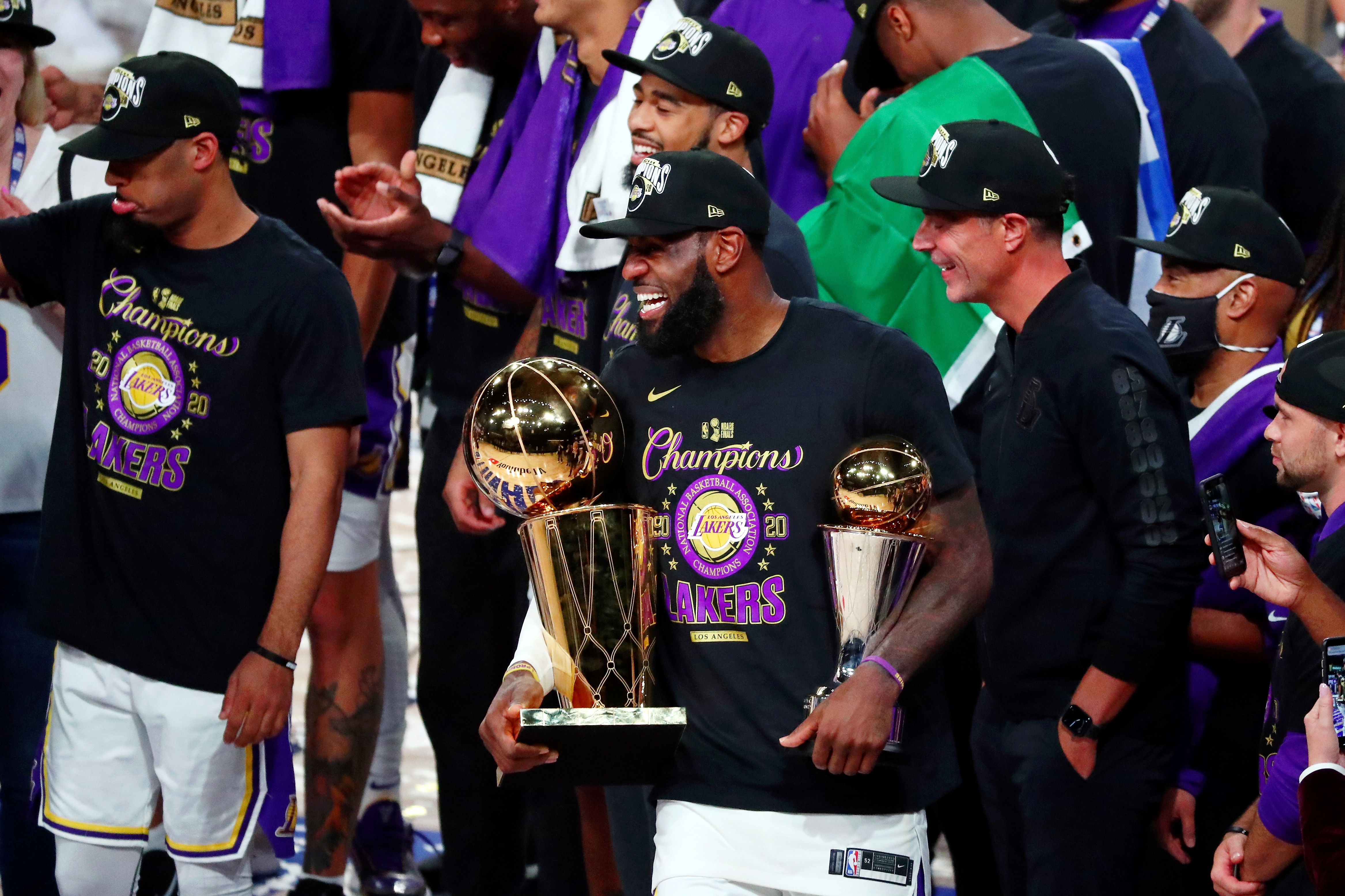 The Los Angeles Lakers are one of TEN teams in action on Christmas DayCredit: USA TODAY Sports

And luckily for us, we’ve got 14 HOURS of straight basketball to enjoy, including some UK-friendly tip-offs and some of the world’s biggest players on display.

Check out who’s playing and how you can watch below… 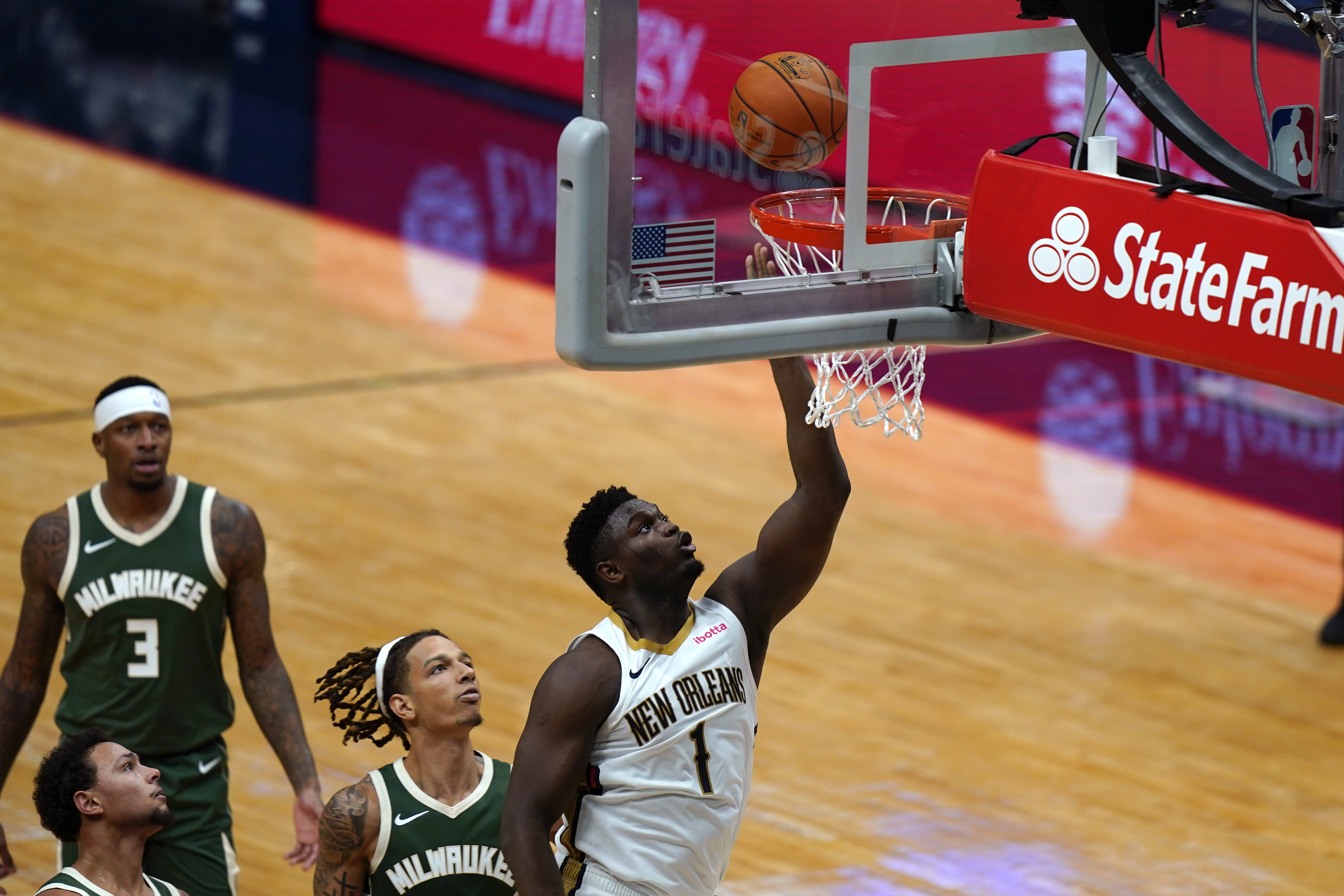 Zion Williamson will be one to watch as the Pelicans take on the HeatCredit: AP:Associated Press 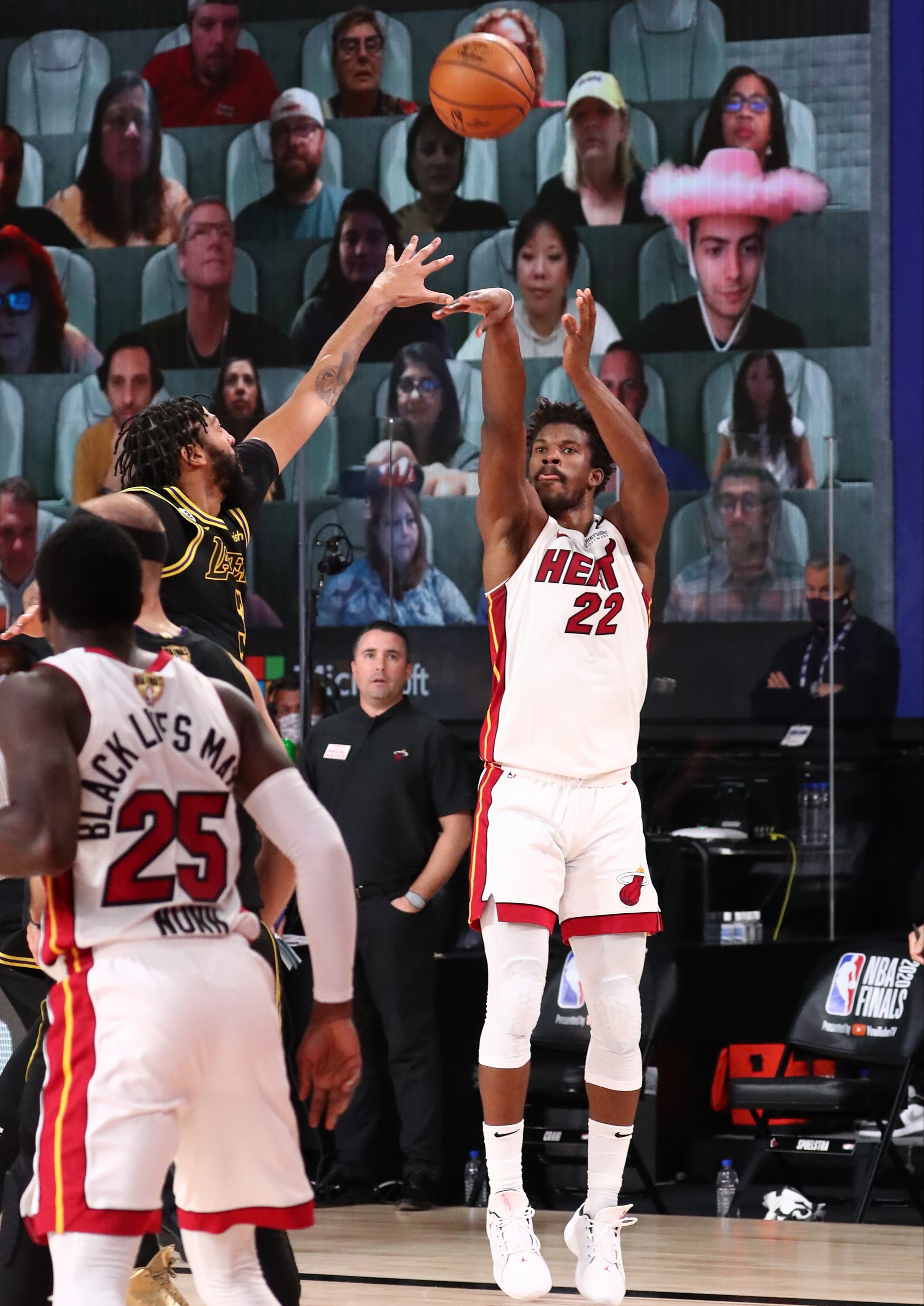 Jimmy Butler will hope to take his Heat side one step further and win the title in 2020-21Credit: Getty Images – Getty

THE big dinner is digesting and around 5pm you’ll start to consider a nap or watching the same old Christmas family favourite.

But get your TV or laptop open and prepare for the first of FIVE Christmas Day games.

Last year’s losing NBA Finalists the Heat host the Pelicans in what promises to be a thrilling game.

Jimmy Butler will hope to lead his side to the title after shocking the world by reaching the Finals in the Orlando bubble this summer, ultimately losing to LeBron James‘ Los Angeles Lakers.

Big-man Bam Adebayo signing a bumper contract in the summer will be a huge boost for them.

For the Pelicans, they’ve enjoyed a big summer, after trading star guard Jrue Holiday for Eric Bledsoe, George Hill and a hoard of picks.

Alongside Lonzo Ball, Brandon Ingram and the ultra-exciting Zion Williamson, this promises to be a Christmas cracker. 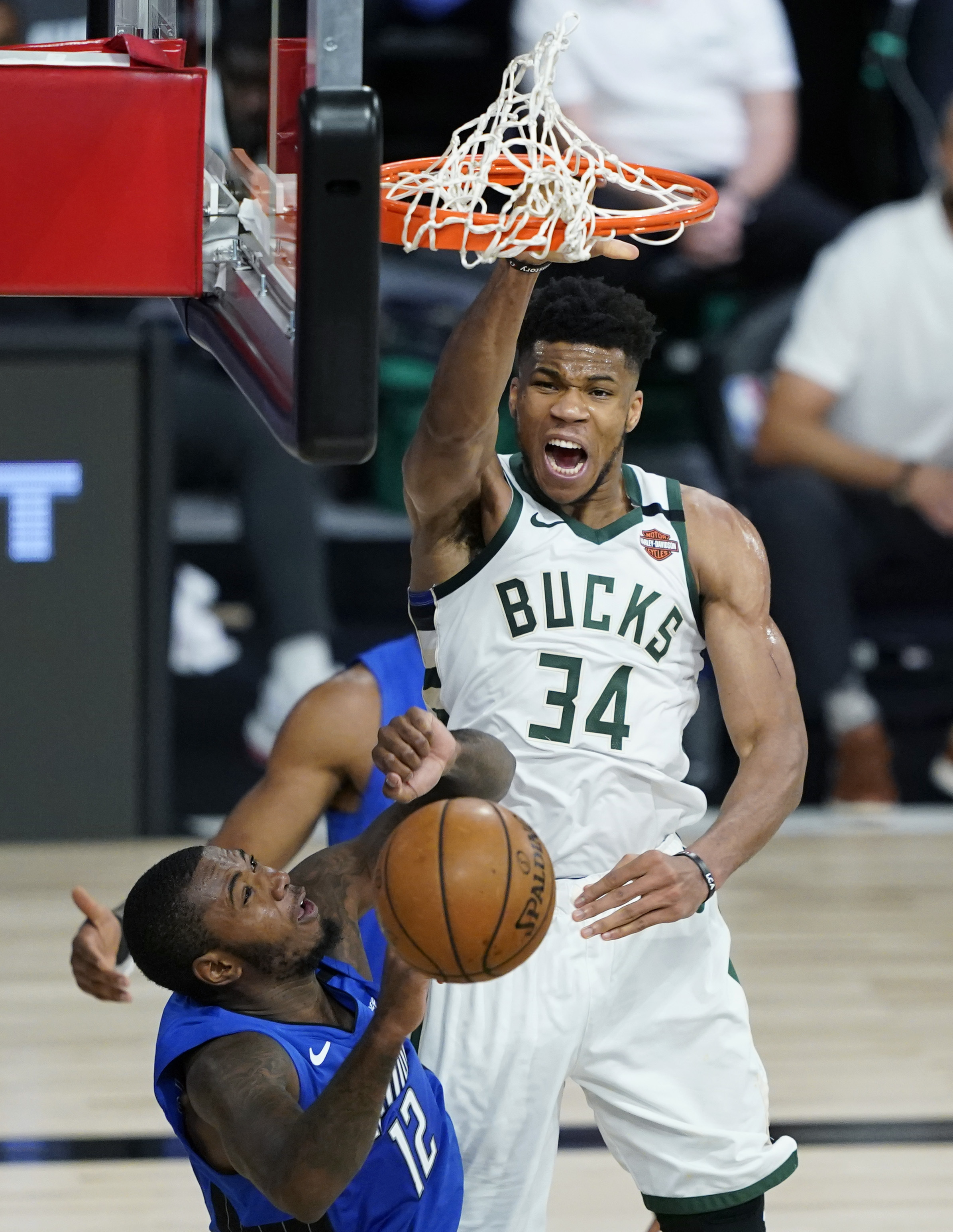 THE biggest story of the shortened off-season was clear: Would Giannis Antetokoumpo sign a new contract at the Bucks?

With one year to run before entering free agency, Milwaukee tabled a five-year, supermax contract worth £228m (£170m).

Eventually, Giannis – the two-time Most Valuable Player – agreed to stay on.

And with Holiday brought in from the Pelicans, adding to Khris Middleton and Brook Lopez, the Bucks have arguably the best starting five in the NBA.

They’ve twice topped the Eastern Conference, but failed to make it to the NBA Finals, last season losing to the Heat in the semis.

The addition of Holiday will give them more options – both offensively and defensively – next season. 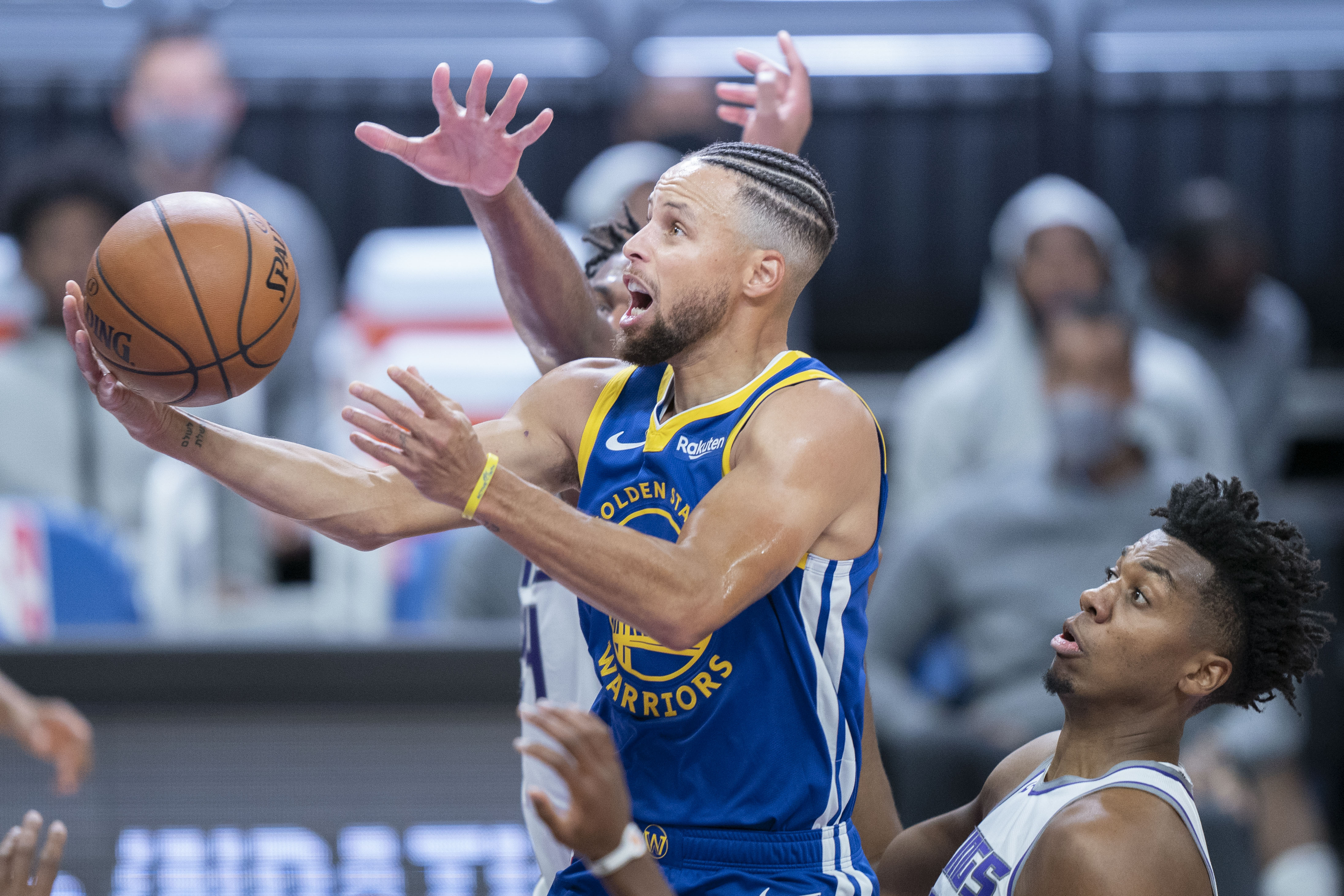 Stephen Curry will be the main man at Golden State once more, taking on even more burden with Klay Thompson injuredCredit: USA TODAY Sports

And they will take on Steph Curry‘s Warriors on Christmas Day at the Fiserv Forum.

The Warriors were dealt a blow after Klay Thompson suffered another horror Achilles injury.

And Draymond Green is already out of Wednesday’s season opener against Brooklyn Nets – featuring their former star Kevin Durant.

But with the likes of Andrew Wiggins, Kelly Oubre Jr and Kent Bazemore, they’ll be hoping to still be an offensive force this season.

The 7.30pm tip-off promises to be arguably the best Christmas Day game. 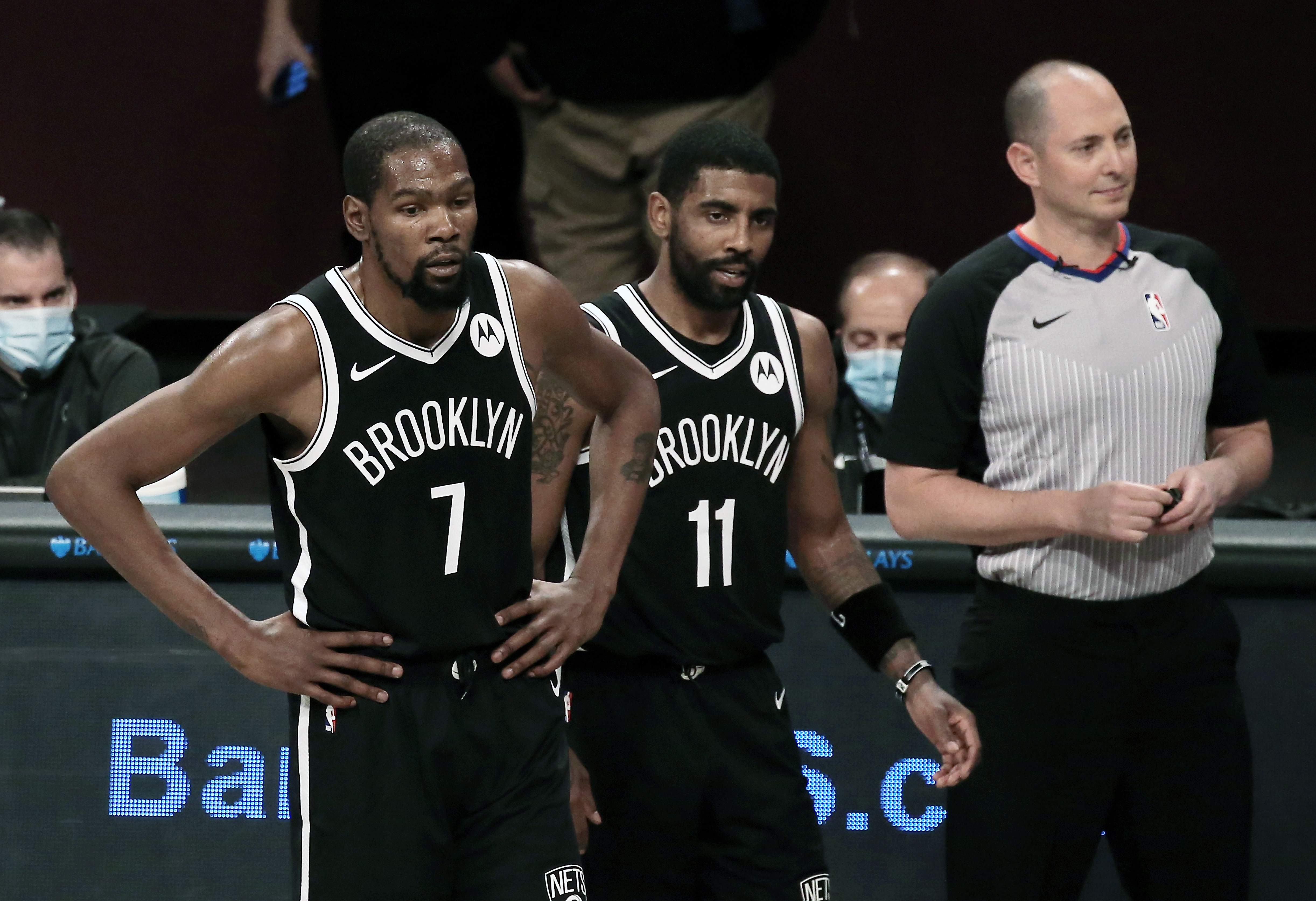 Durant and Irving will be unleashed together this season after injuries derailed their 2019-20 a tadCredit: EPA 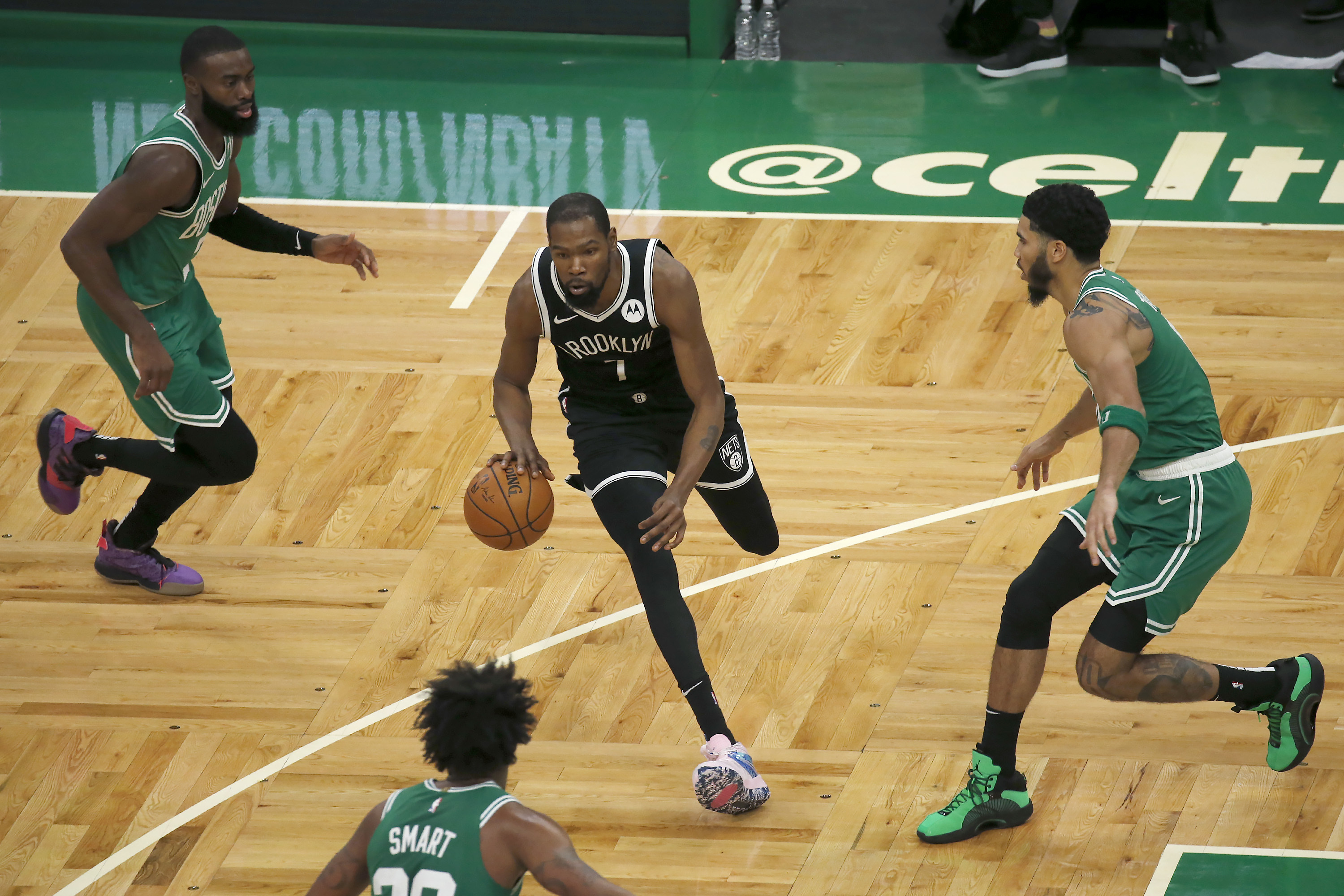 The Celtics will hope they have enough talent to stop Durant in Tatum and BrownCredit: AP:Associated Press

ANOTHER belter of a game, the match sees the return of Kyrie Irving to the TD Garden.

Alongside Durant, the Nets have an intriguing, talented starting five and could inflict some real damage.

The Celtics meanwhile will turn to the likes of Jayson Tatum, Kemba Walker and Jaylen Brown to get the W at home.

The likes of Tristan Thompson and Jeff Teague have also been brought in as Boston aim to return to the NBA Finals.

But will 7ft 5in fan favourite Tacko Fall be given a shot? Tune in to find out… 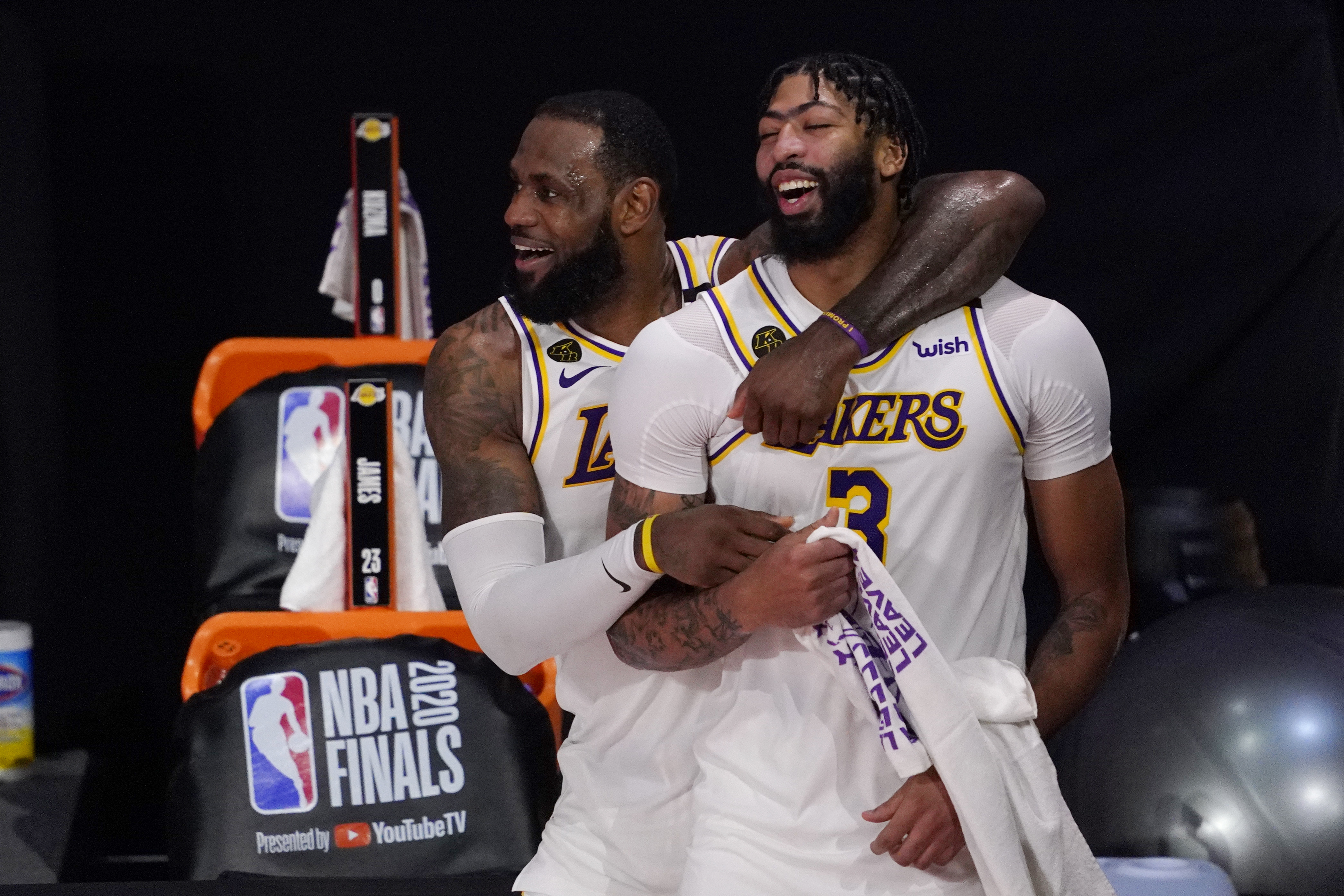 LeBron and Davis will hope to lead the Lakers to back-to-back NBA titlesCredit: AP:Associated Press 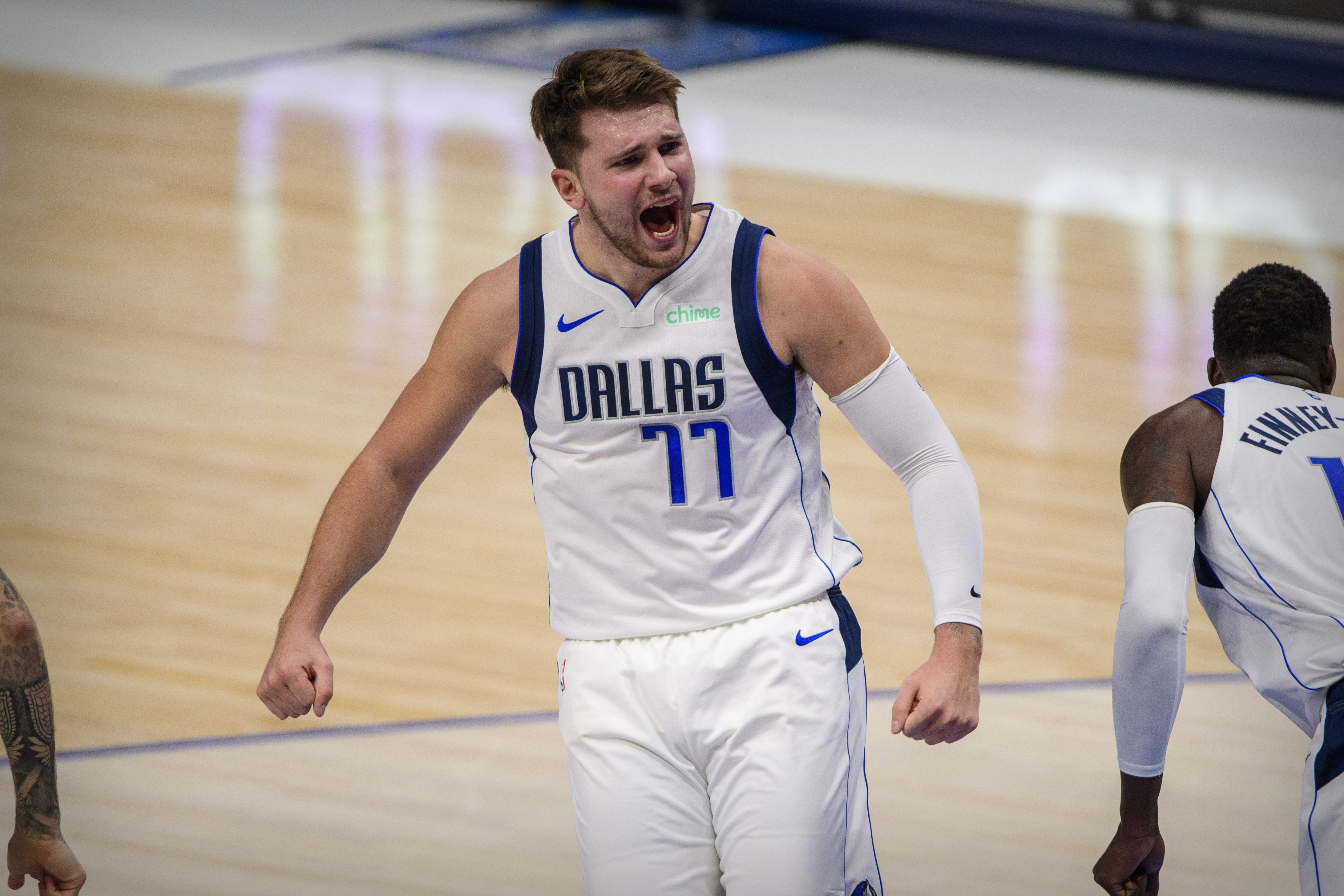 Luka Doncic will be the main man for the Mavs – and the entire NBA in the futureCredit: USA TODAY Sports

That’s not all the game boils down to, but if it was, that would be enough.

The Lakers stormed to the NBA title last season, with LeBron and Anthony Davis the stars of the show.

The Lakers are early favourites to win the title thanks to their summer acquisitions as well as their already star-studded roster.

Meanwhile, the Mavericks are a team hoping to do some real damage in the Western Conference this season.

In Doncic, they have the future MVP, forming an exciting partnership with Latvian big-man Kristaps Porzingis.

They’ve looked strong in pre-season and their Christmas Day outing in LA could be the perfect chance to show what they’re about. 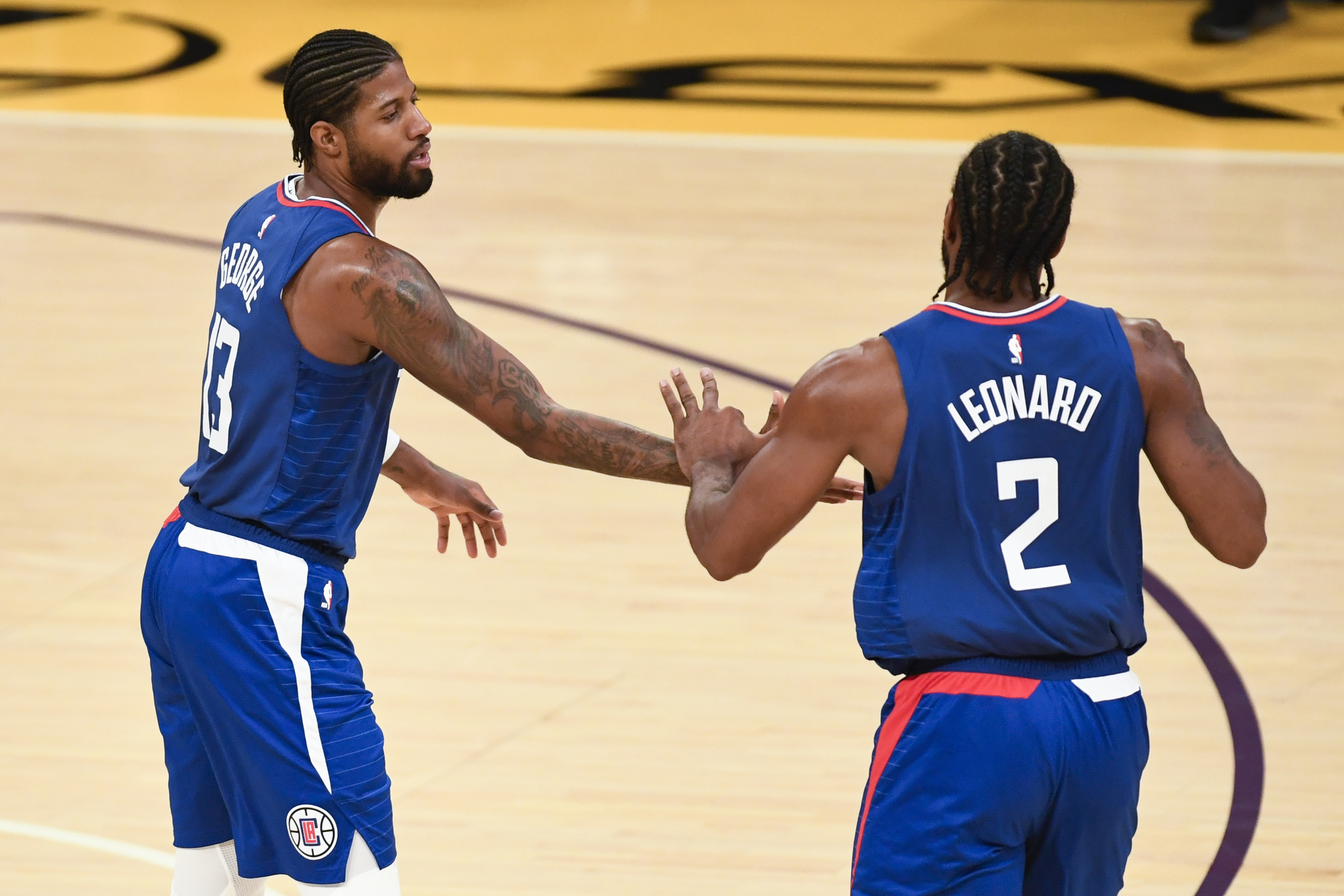 The Clippers will no doubt lean heavily on George and Leonard in 2020-21Credit: AP:Associated Press 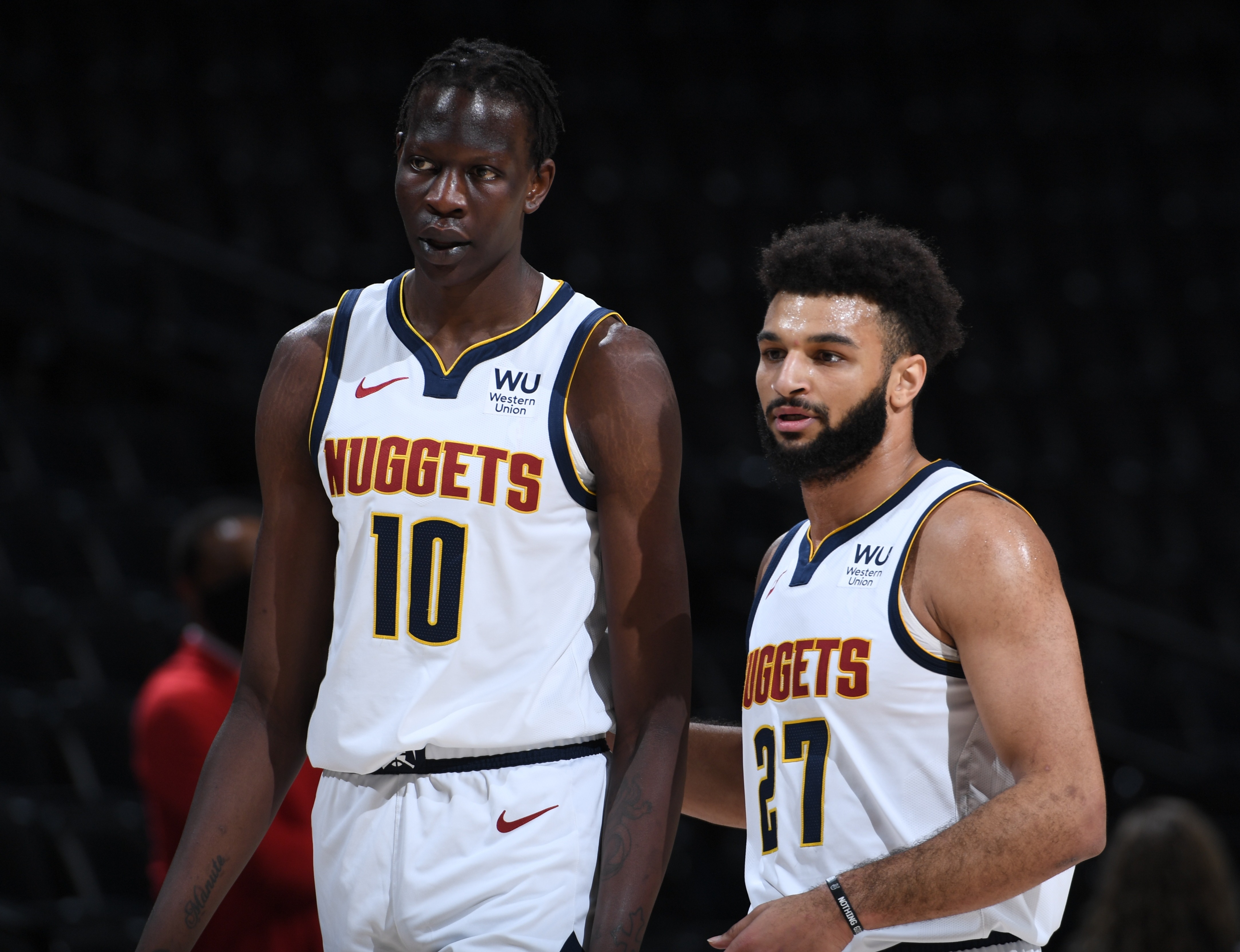 Jamal Murray, right, will lead the Nuggets in 2020-21 alongside Nikola Jokic, not pictured, with Bol Bol, left, looking for a breakout campaignCredit: Getty Images – Getty

YOU might need a Christmas Day nap to stay up for this one, tipping off at 3.30am Boxing Day UK time.

But it will be worth it to see Kawhi Leonard and his Clippers take on the Nuggets.

The Clippers are one of the favourites for the title thanks in no small part down to their star duo Leonard and Paul George.

Serge Ibaka has been brought in to help get over the loss of Harrell.

But the Nuggets proved last season they’re a handful as they reached the Western Finals, losing only to the Lakers after an incredible comeback in the semis against the Clippers.

Last season, the Nuggets stormed from 3-1 down to beat the Clippers in an incredible, historic comeback.

Jamal Murray and Nikola Jokic will likely be the ones to watch – but fans will hope to catch a glimpse of 7ft 2in Bol Bol, son of NBA legend Manute.