The presenter, 55, says the pair have stuck together during the “very difficult shows” throughout the pandemic. 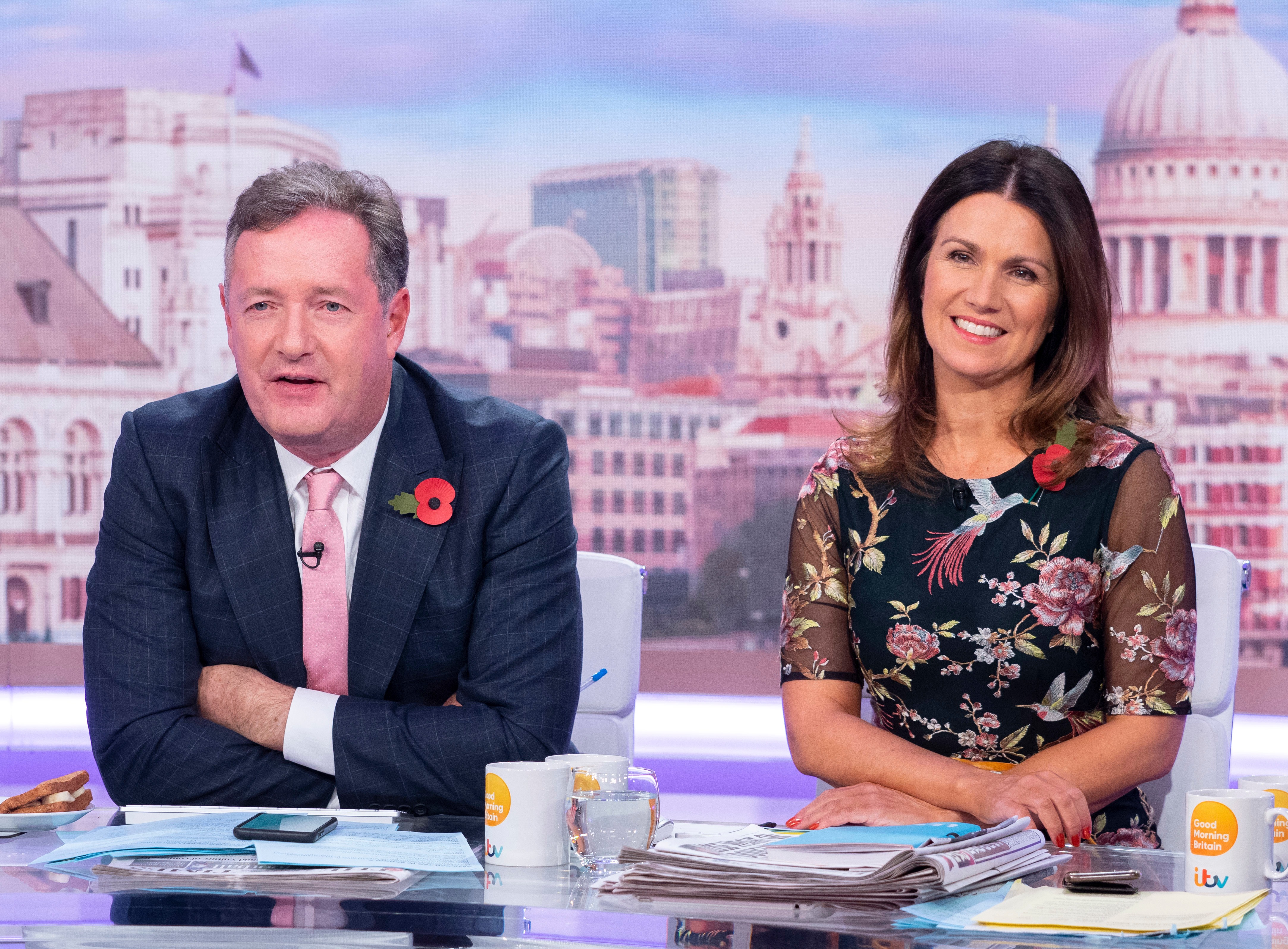 Piers said he “values” their friendship both “on-screen and off.”

“I feel like Susanna and I had each other’s backs during some very difficult shows.

“She’s brilliant and I hugely value our often brutally honest friendship, on-screen and off,” Piers told The Mirror.

“it’s been the toughest year work-wise I can remember, though of course, nothing compared to what health and care workers have been through. 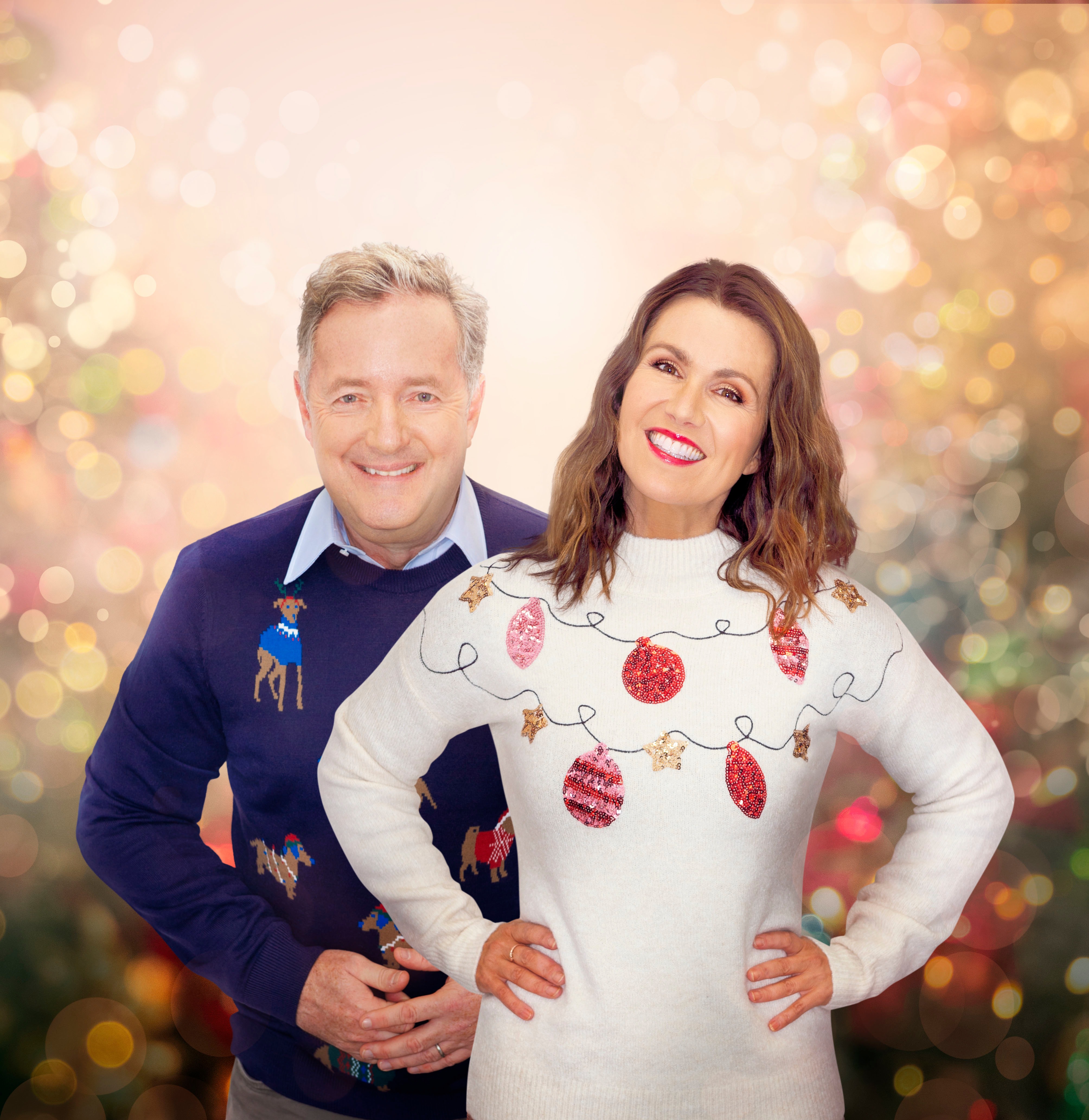 The pair are presenting GMB on Christmas DayCredit: Rex Features

“It’s been easy but it’s been very rewarding. I think we’ve all felt the huge burden of responsibility to inform and guide our viewers through this turbulent, troubling time and I’m proud of how we’ve done it.”

The pair have been presenting Good Morning Britain together for the last five years and they are known for their combative relationship.

Last week Piers even suggested they were “in a relationship” as Susanna looked horrified.

The conversation started when Susanna wore a mask with some censored profanity on it. 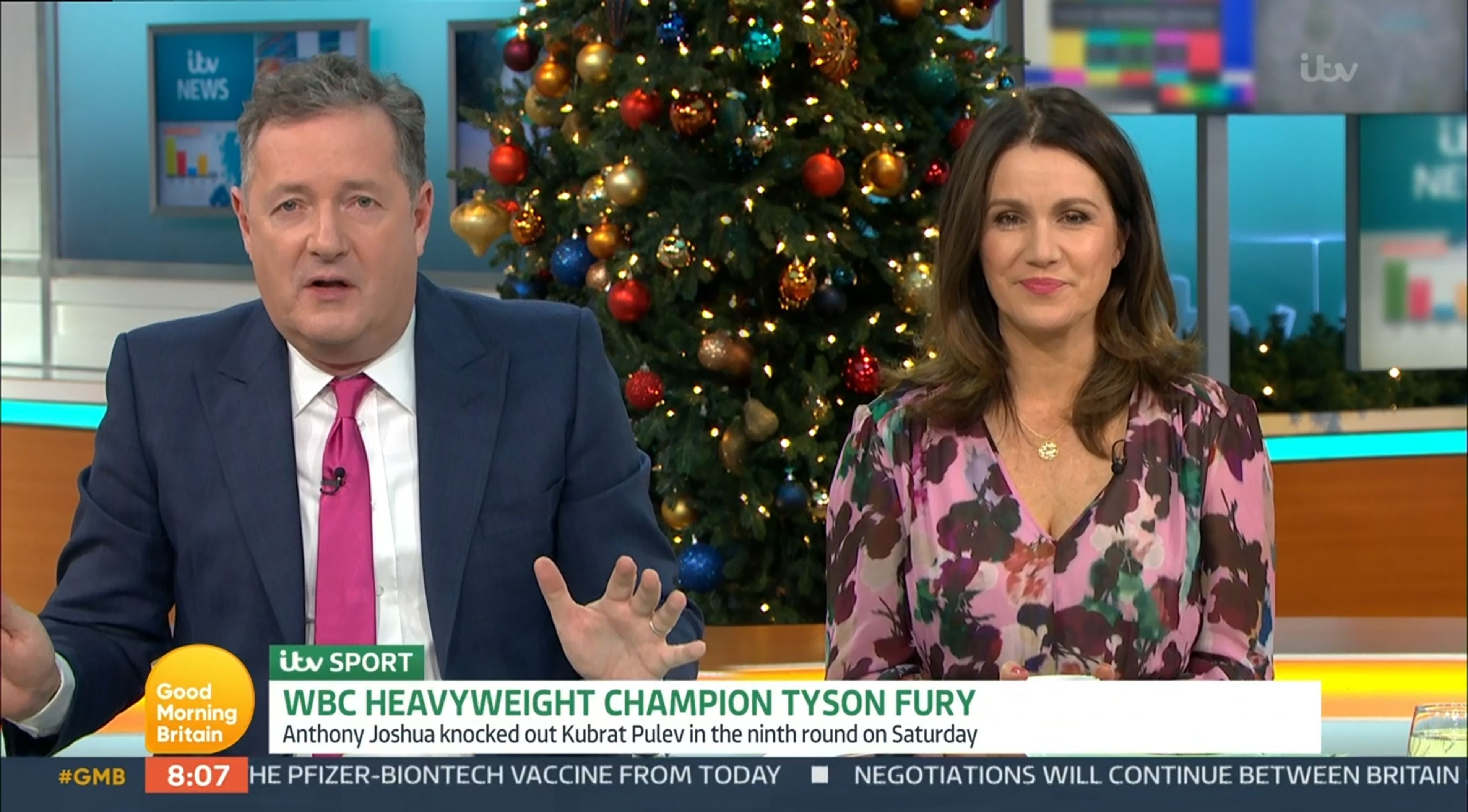 Piers claimed they were “in a relationship”Credit: Rex Features

Piers said: “Talking of people who say one thing and do the other, this is somebody who for five years of our relationship, every time I have used that word, has immediately turned to the camera and made a very pompous apology on my behalf.

Susanna sarcastically said: “Terribly sorry about that,” before adding, “By the way, we’re not in a relationship, what’s that about?” 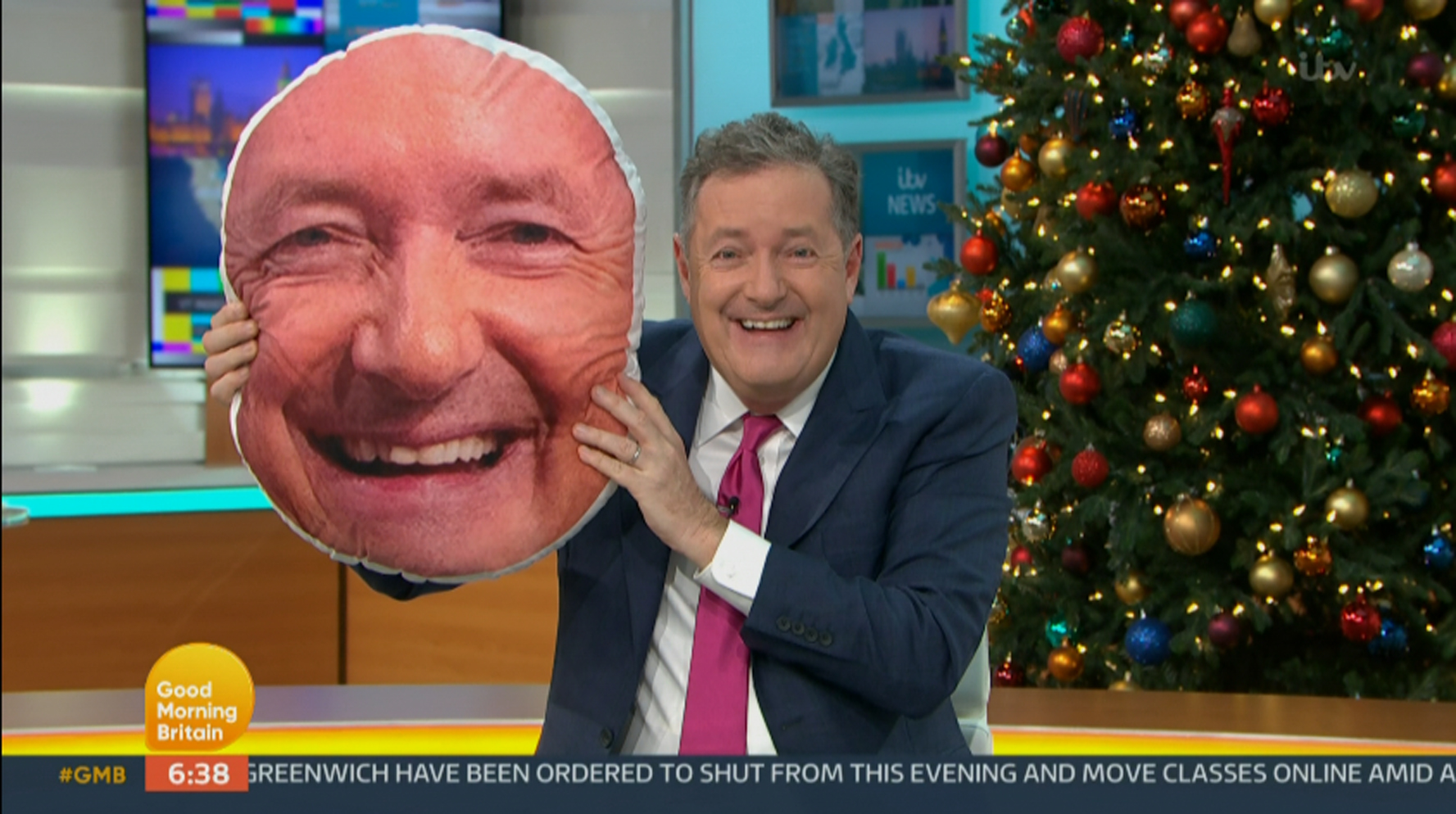 Piers on Good Morning Britain with a pillow of his faceCredit: ITV

Piers then gestured to the studio: “It’s more than that. You work with this lot. Come on look.”

Susanna continued to look shocked: “Piers. I’m not in a relationship with them either. Unless someone hasn’t told me something.”

Eventually conceded that their relationship should be called a “reluctance”.