POLICE were attacked with glass bottles last night as they busted a 150-strong crowd flouting lockdown rules at a warehouse party.

Cops raided the illegal rave in Digbeth, Birmingham and dished out £30,000 in fines after slapping each punter with a £200 penalty notice. 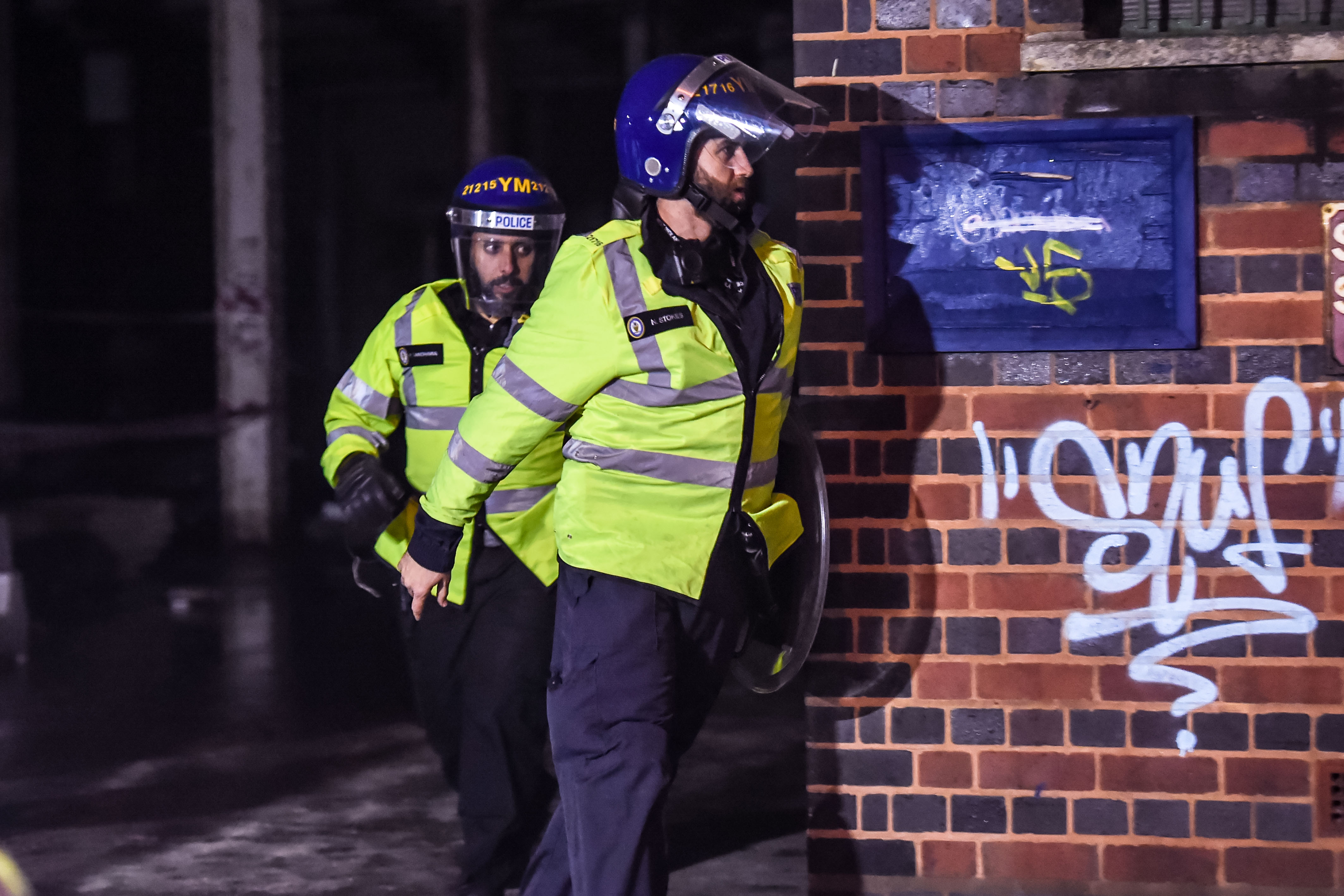 Cops were attacked with bottles on Saturday as they tried to break up 150-strong warehouse partyCredit: SnapperSK 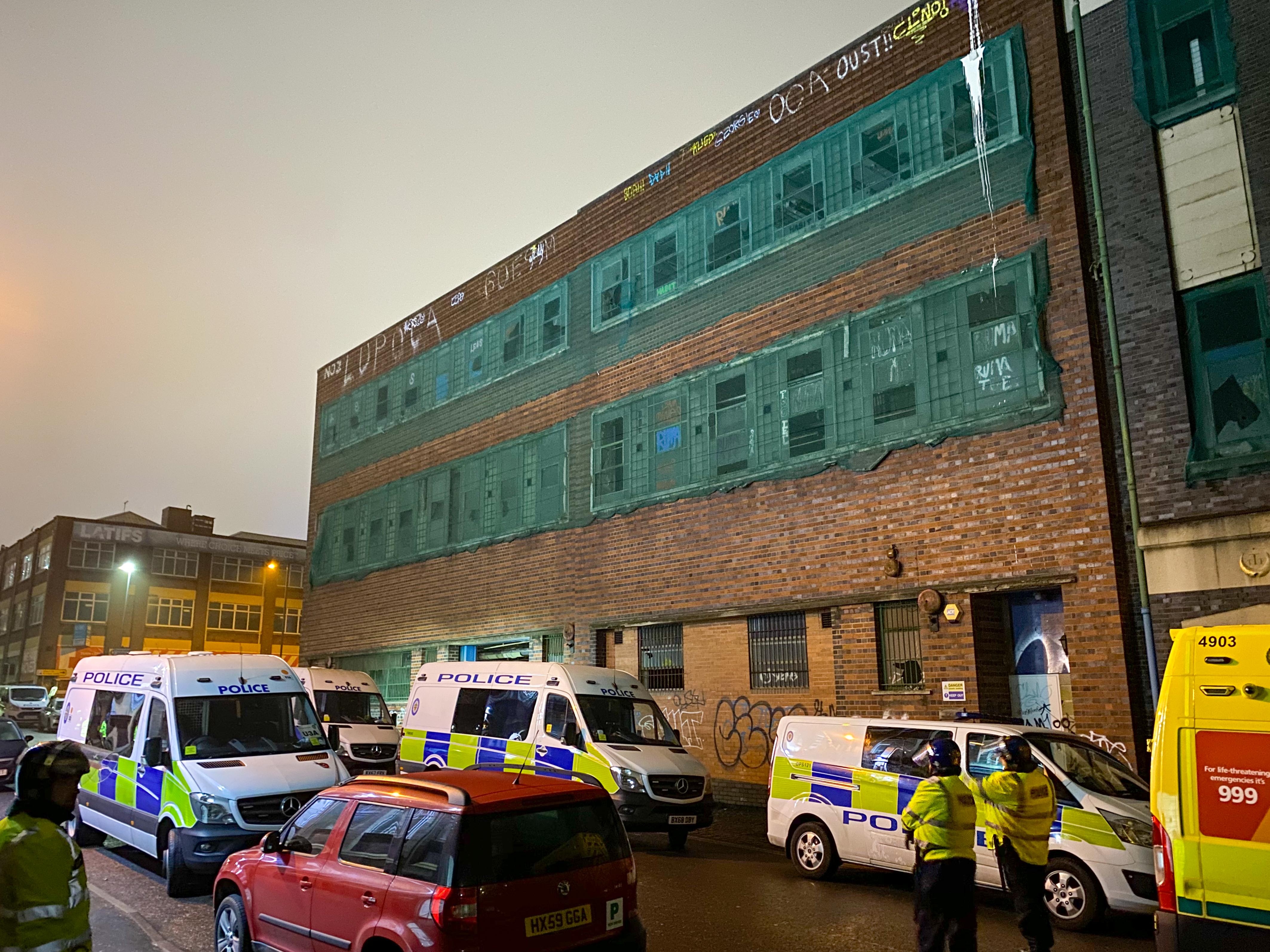 The illegal rave took place in a former tea factory in the Digbeth area of BirminghamCredit: @SnapperSK 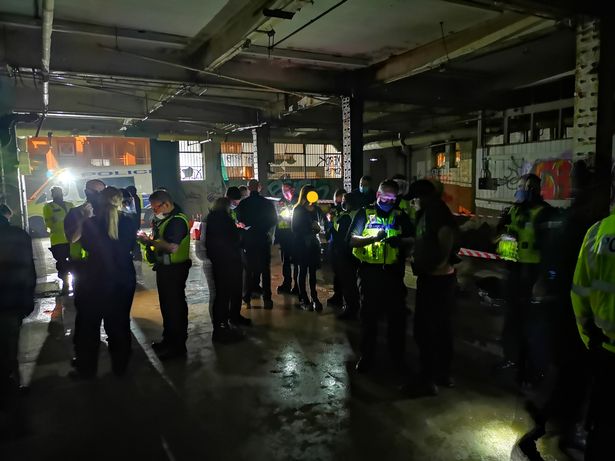 Cops dished out £30,000 worth of fines after slapping each punter with a £200 penalty notice Credit: BPM Media 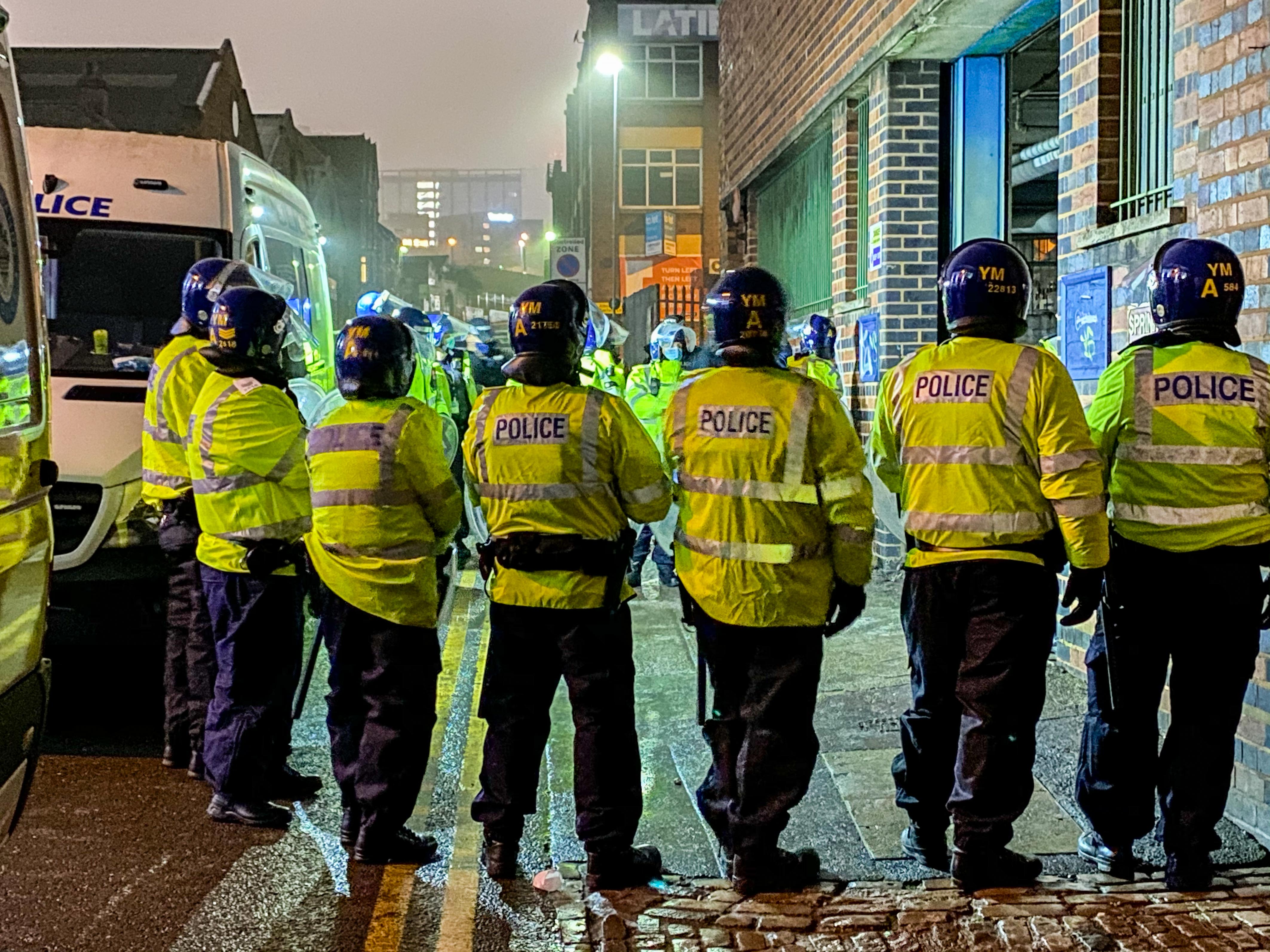 Partygoers tried to barricade themselves inside the party’s base – a former tea factory used in Steven Spielberg’s 2018 film Ready Player One – to stop cops getting in.

Meanwhile ten riot vans and several police cars moved in as the chaos unfolded at around 9.30pm.

West Midlands Police said on social media: “An illegal rave in a disused warehouse in Digbeth was discovered tonight.

“Around 150 people were inside, some started to throw bottles at officers.

“All persons were led out in small numbers. Their details were taken and fixed penalty notices were issued for breaching lockdown restrictions. The fine is £200 to be paid within 28 days.”

Paramedics arrived after a woman was brought out by officers with a suspected broken ankle.

Other partygoers joined carrying bags of booze, but made a quick getaway after spotting police.

Cops eventually managed to breach the barricade and stop the music – as more of their colleagues arrived.

Revellers were led from the building in groups of six and hit with fines.

Birmingham is set to move into tough Tier 3 when the restrictions end on Wednesday – meaning popping to the pub and mixing inside will still not be possible. 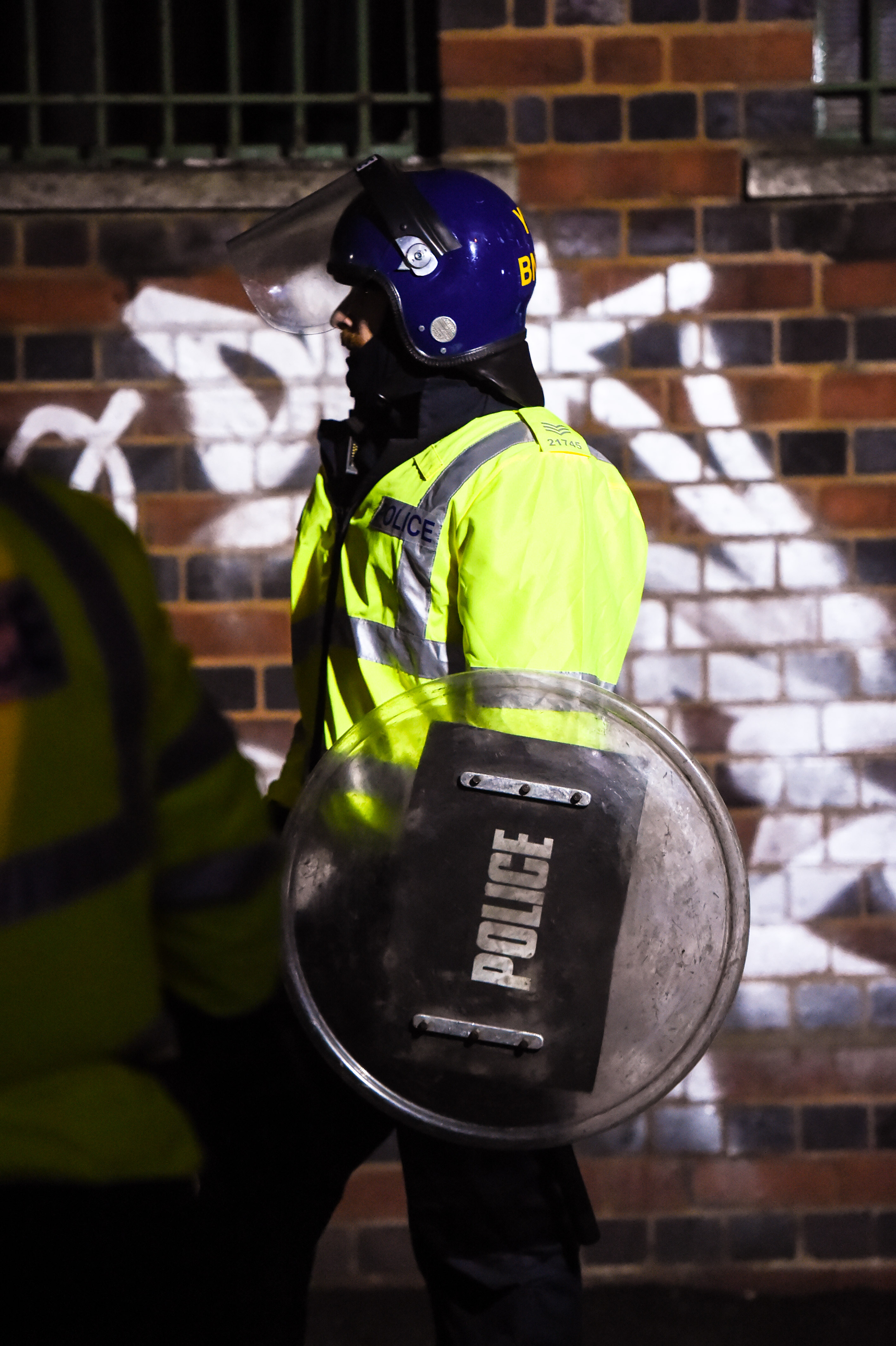 An officer is seen carrying a riot shield for protection Credit: SnapperSK 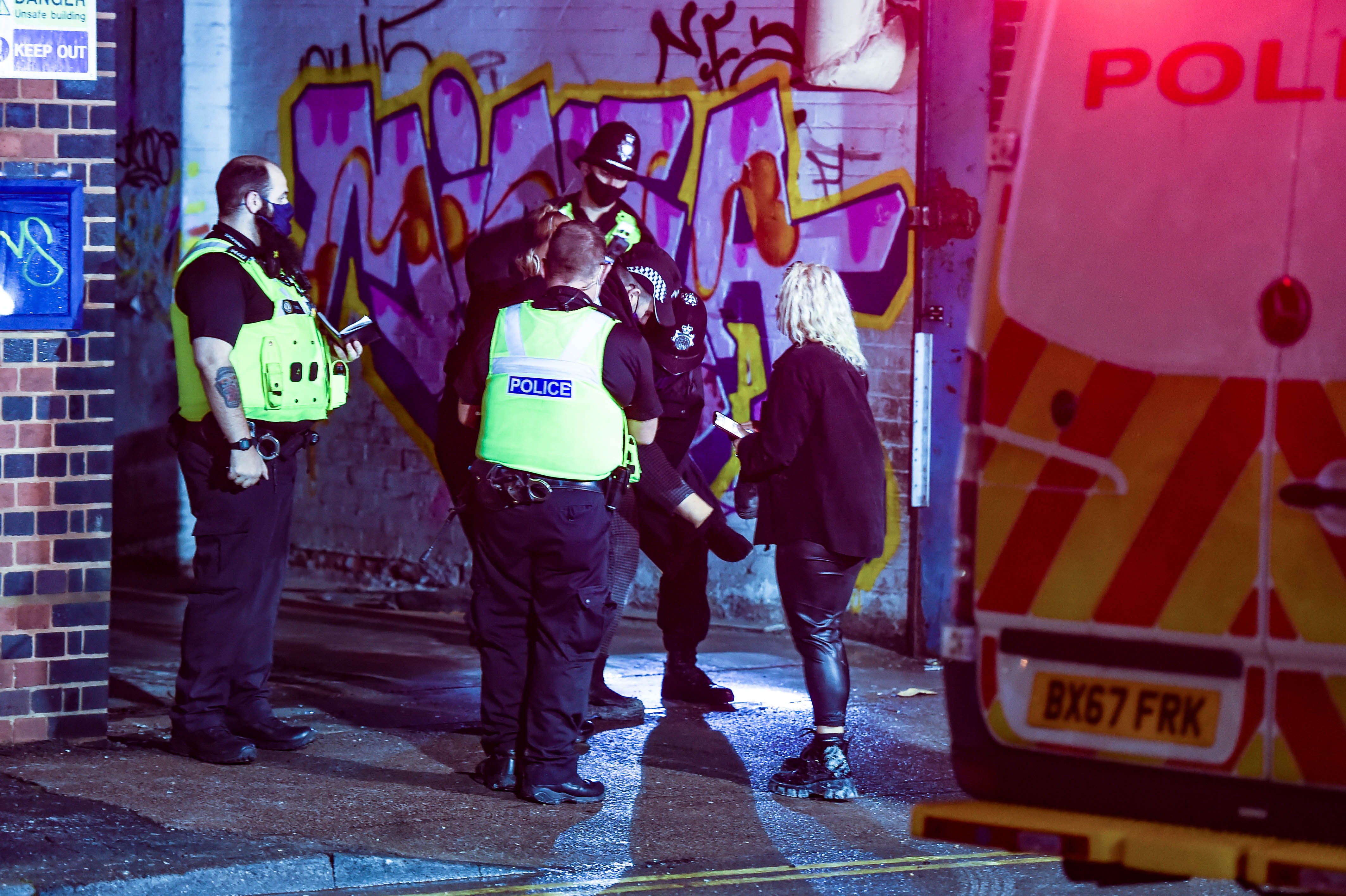 Ravers had tried to lock themselves in the former tea factory as cops moved in Credit: SnapperSK 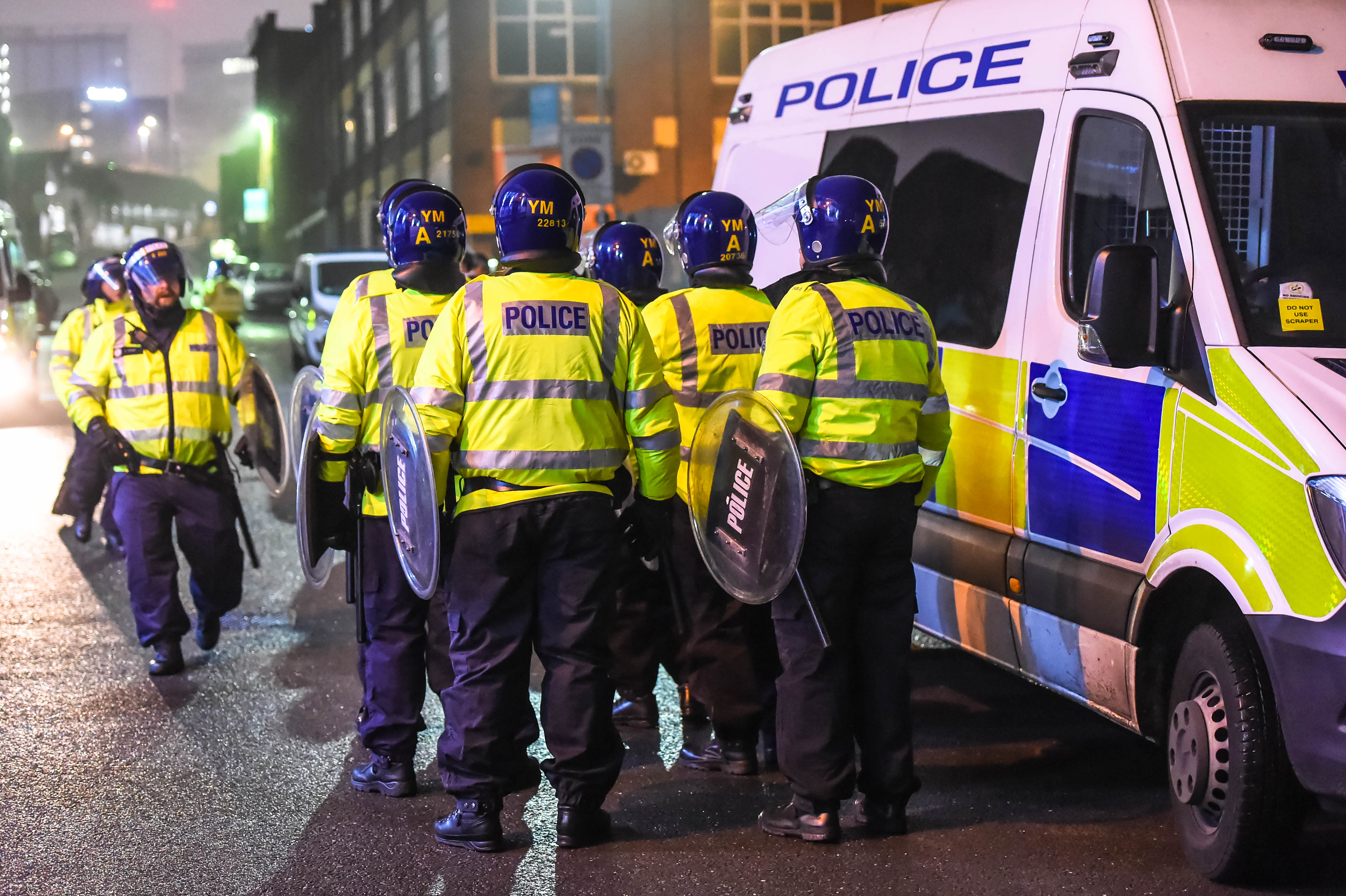 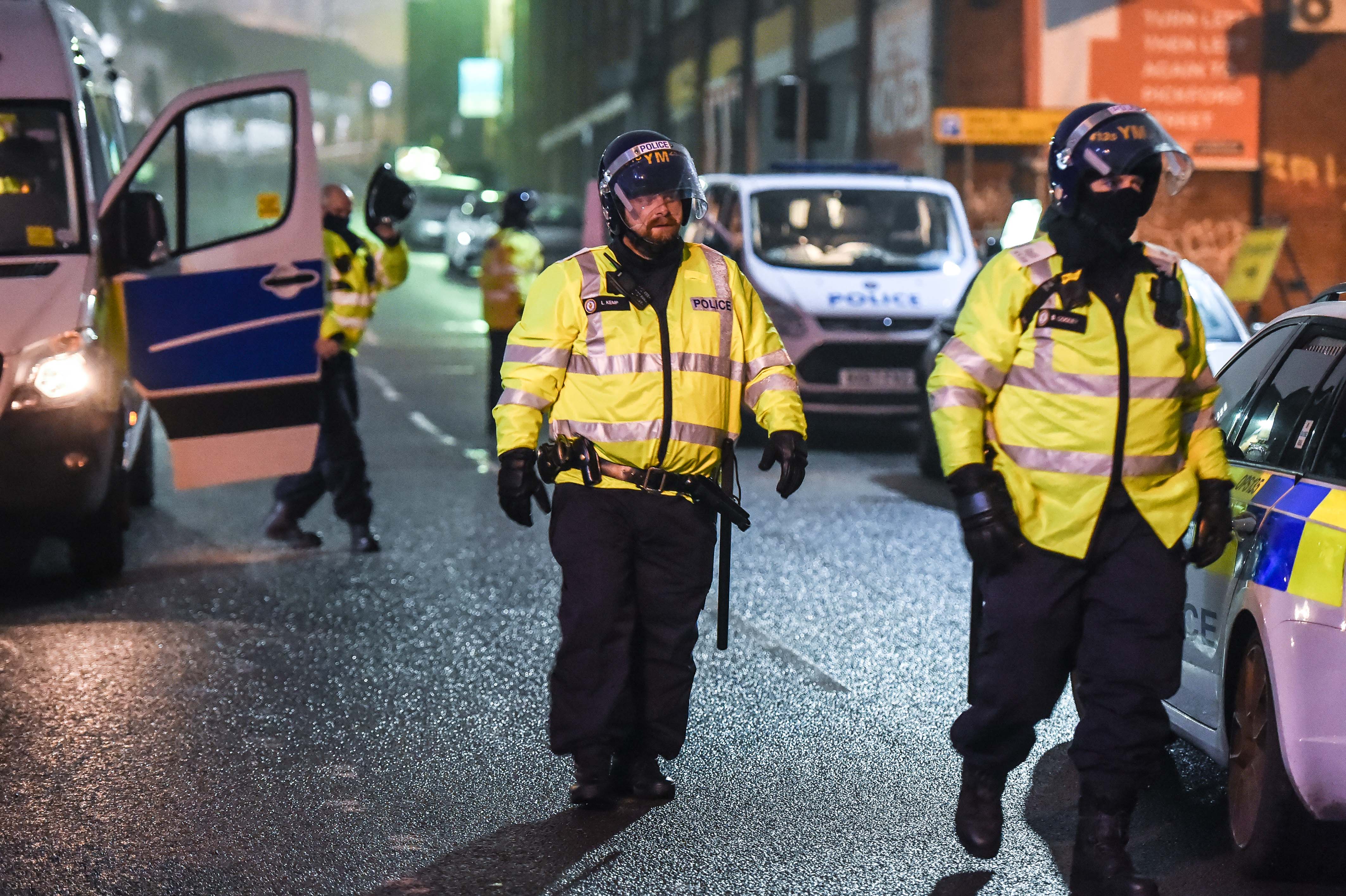 Police are seen walking through the Birmingham Street where the illegal party took placeCredit: SnapperSK 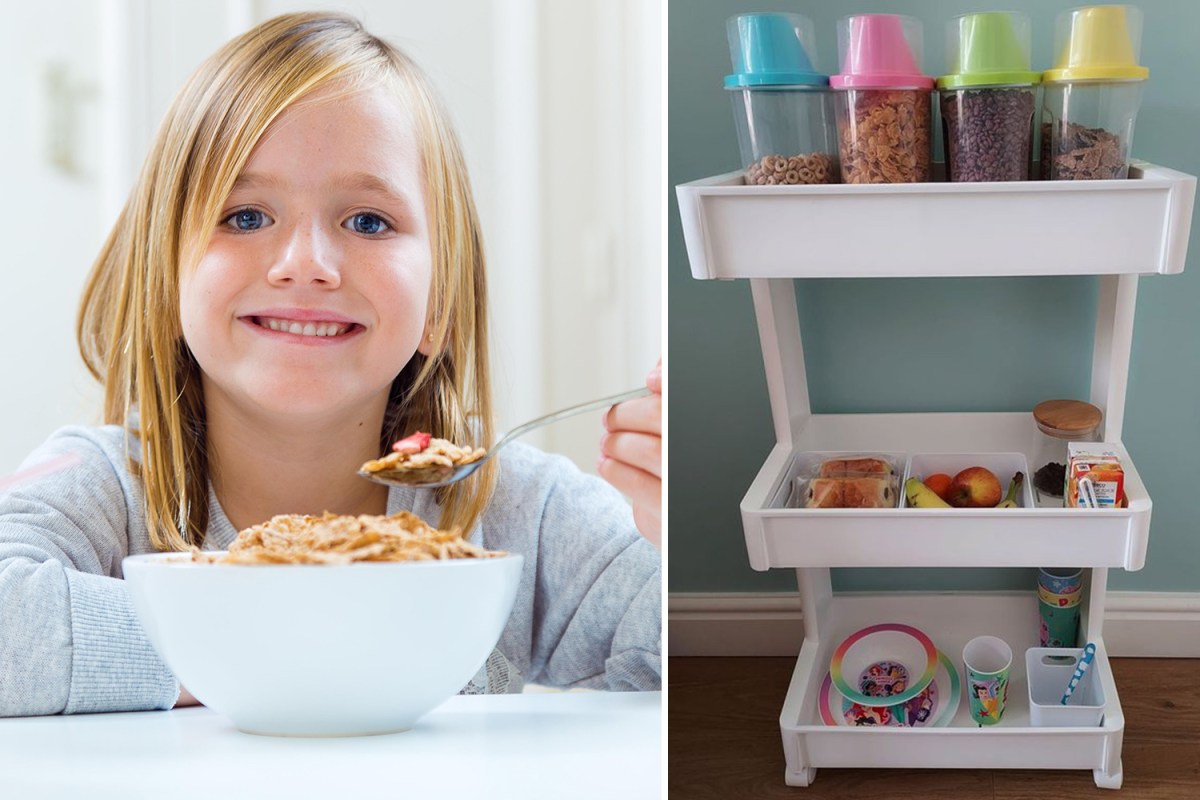