KEEN coin collectors can now get their hands on a new The Snowman 50p coin – and it could be worth up to £174.

It’s the third 50p coin that features the children’s book character by the Royal Mint. 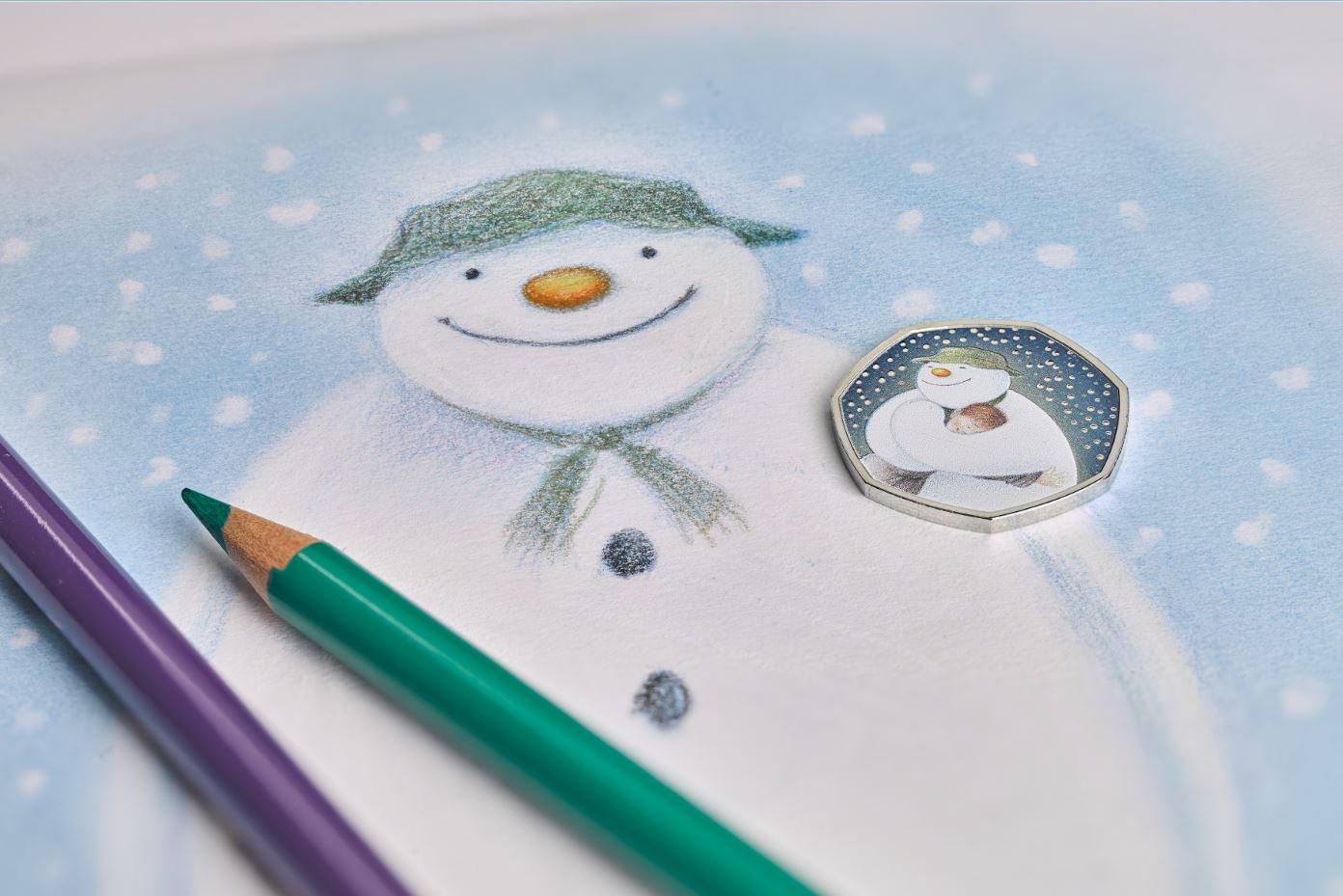 A commemorative The Snowman 50p coin was first released in November 2018 to celebrate 40 years since Raymond Briggs’ Christmas novel was published.

The coin featured The Snowman flying through the sky above Brighton Pier alongside human pal James.

In November last year, the second coin was released featuring The Snowman on a snow-carpeted lawn with James in front of him and the forest in the background.

This time around, the coin instead features The Snowman hugging James.

A previous The Snowman coin recently sold on eBay for £174.

It’ll set you back £10 for the plain silver-coloured coin and £20 for the coloured in version.

There is also a sterling silver one for £67.50 and a gold coin featuring the new snowman design that will set you back £1,125.

Similar to the previous releases, this coin also won’t enter circulation, meaning you sadly won’t find it cropping up in your spare change.

Clare Maclennan of the Royal Mint said: “Each year our coins celebrating The Snowman prove incredibly popular with adults and children
alike, and we hope this year’s design depicting a hug will be a poignant addition to the collection.”

Coinhunter said of the latest Snowman coin that the cheaper version will have plenty of supply.

The coin expert said: “There is no rush to buy unless as a Christmas present! You may well be able to get this coin for less than original selling price in the Christmas sales or in the new year.”

Need a little extra cash? You could be sitting on a fortune – if you’ve got a rare £1 coins is hiding in your wallet.

And if you have a 50p coin in your wallet or down the back of the sofa, you should dig it out because it could be worth a small fortune.