SHOCKING video shows protesters opposing Bellingham, Washington’s plans to move a homeless encampment by ripping down an American flag as others stormed city hall on Friday.

Apparently advocating for the homeless, the protesters broke into the locked Bellingham City Hall near the coast of Washington state, according to a KIRO-TV reporter. 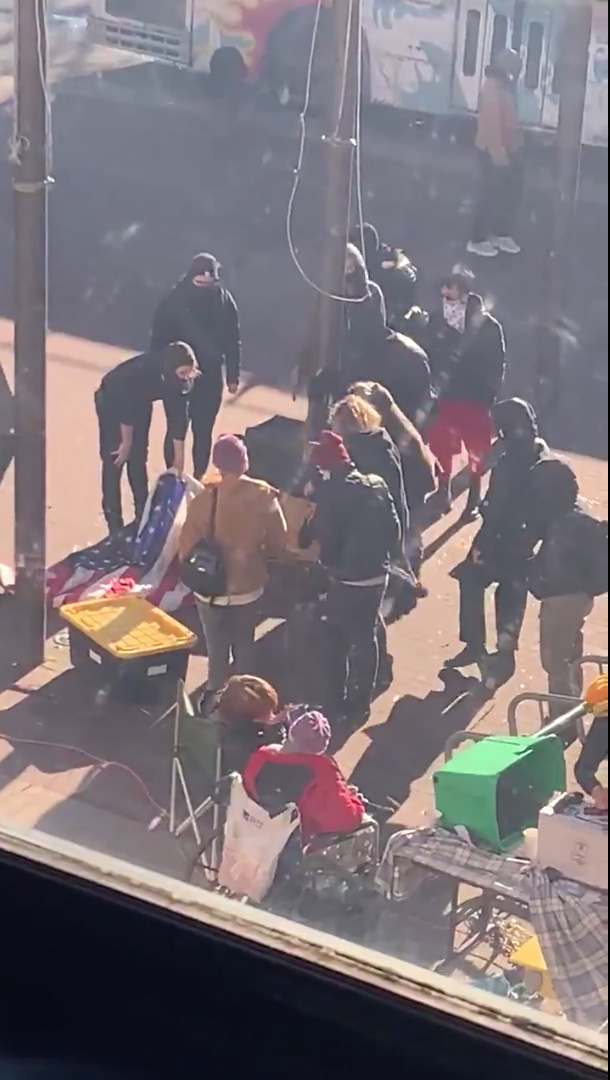 Protesters tore down an American flag outside the building, the reporter tweeted, along with a video showing a group of people gathered around the flag.

Some of the protesters appeared to step on the flag, and one of them eventually took the flag by one end, held it over the shoulder and walked away dragging it.

“Oh god, that’s so disrespectful,” an unidentified woman is heard saying in the video recorded from inside a building.

The mayor was reportedly escorted out of city hall for safety reasons. 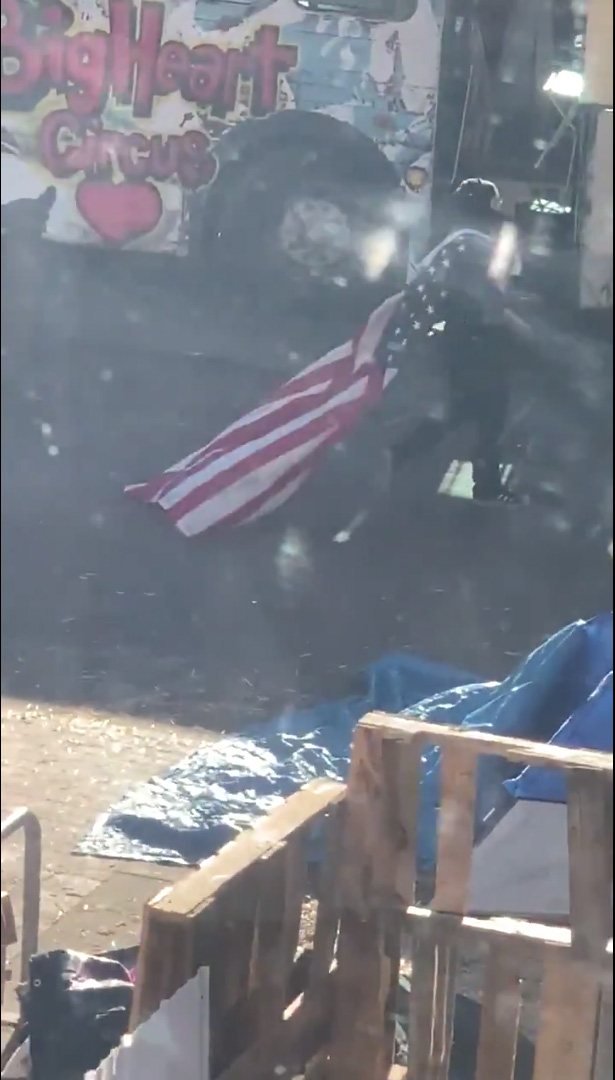 The Bellingham Police Department did not immediately respond to a request for comment from The US Sun on Friday night about the protest and any arrests or injuries.

Protesters also stole a KGMI journalist’s microphone and threw a hot drink at him, according to the KIRO-TV reporter.

Bellingham officials on Friday morning tried to move the temporary tent encampment to 25 feet away from city hall lawn but were met with a human and car barrier, The Bellingham Herald reported. 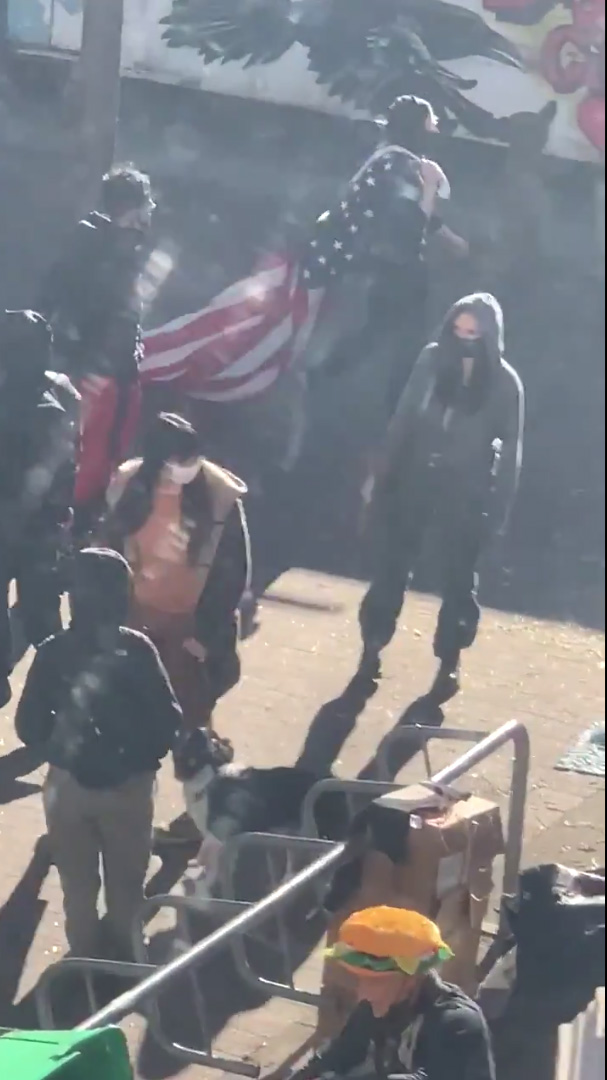 The temporary encampment, called Camp 210, includes campers living in tents outside city hall and the Bellingham Public Library since November in protest of the lack of a shelter.

Protesters confronted journalists and a HomesNOW! official to try to stop them from filming and photographing the scene on the public property.

City officials sought to make a 25-foot boundary around city hall as a protective measure against fires. 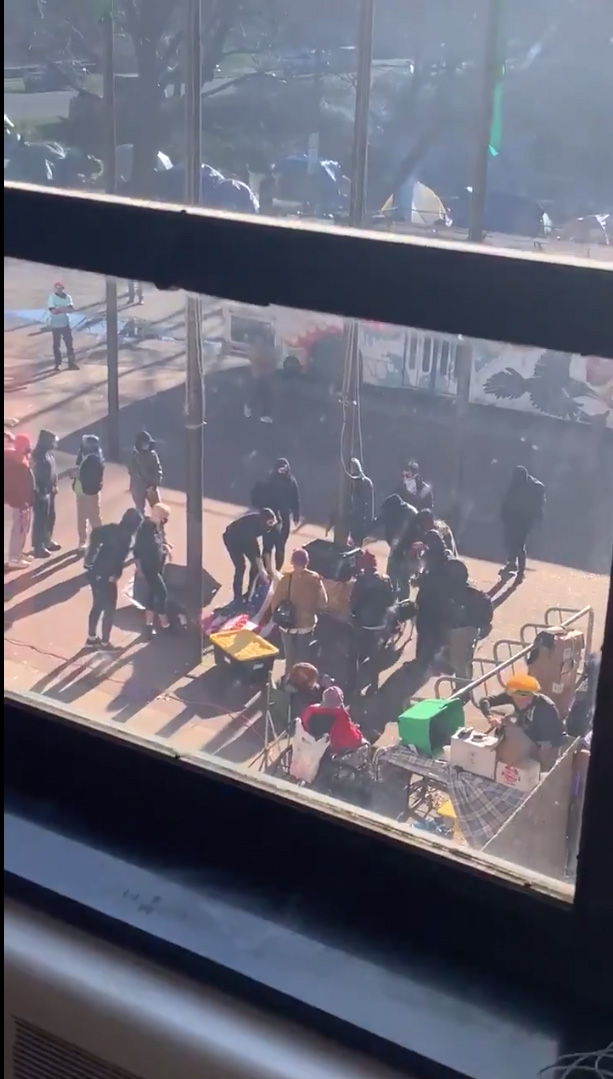 A video recorded from inside a building showed the protesters gathered around an American flagCredit: twitter.com/DeedeeKIRO7

She called the campers her neighbors and community members and said the city’s plans to move them is a “human rights issue.”

“It is cold, it has been so stormy, and there is snow in the forecast,” Smason-Marcus said.

As of noon on Friday local time, the human barricade had been cleared but some protesters lingered in the area and vehicles still blocked nearby intersections.

The city posted a cleanup notice on Tuesday advising campers to maintain a 25-foot distance from the building, or possibly face arrest for trespassing.