Passengers had to de-board after she refused to comply with coronavirus rules and hurled abuse onboard the Seattle plane bound for Denver, Colorado three weeks ago. 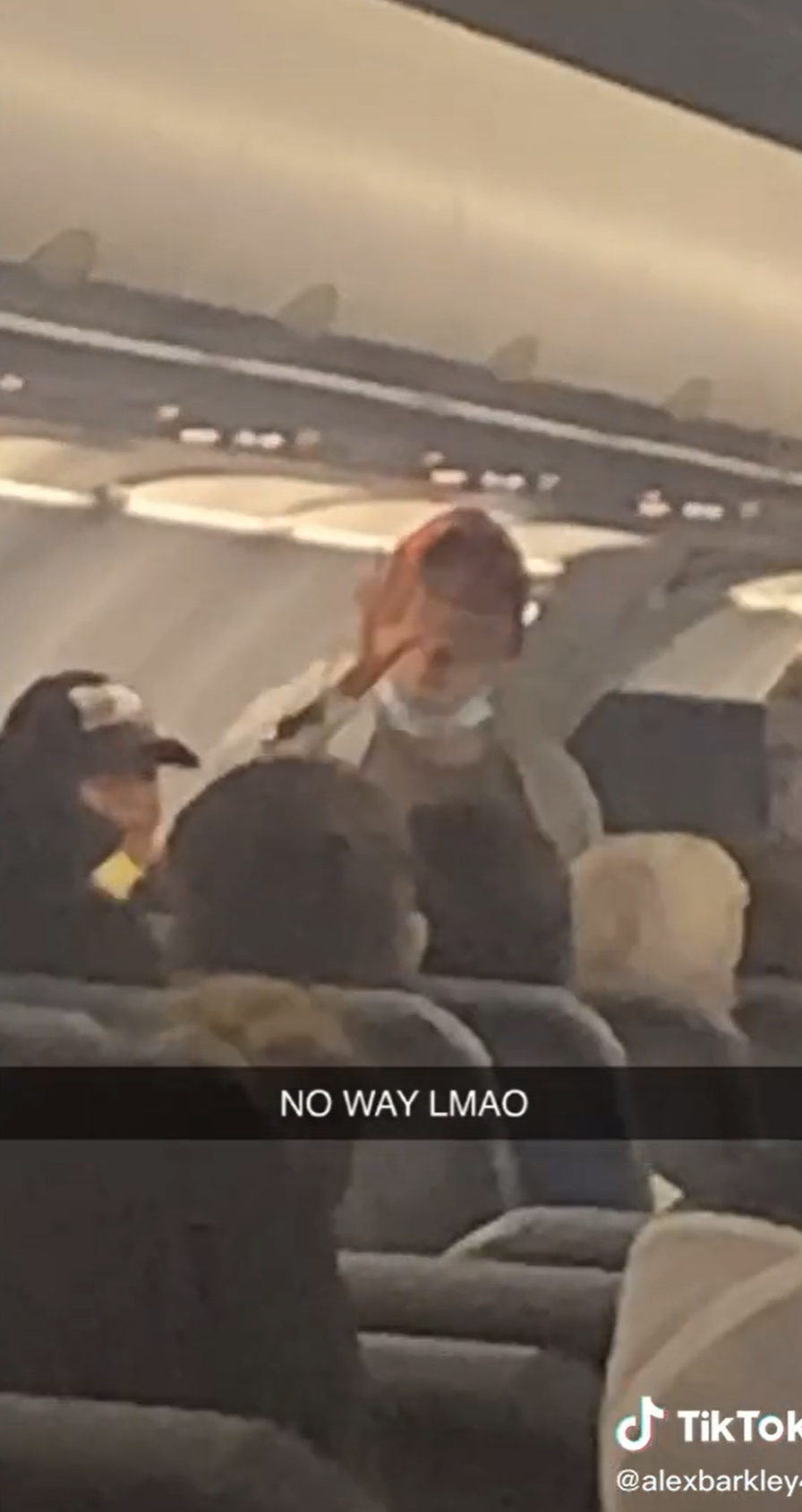 The woman could be seen wearing the mask over her chinCredit: TikTok 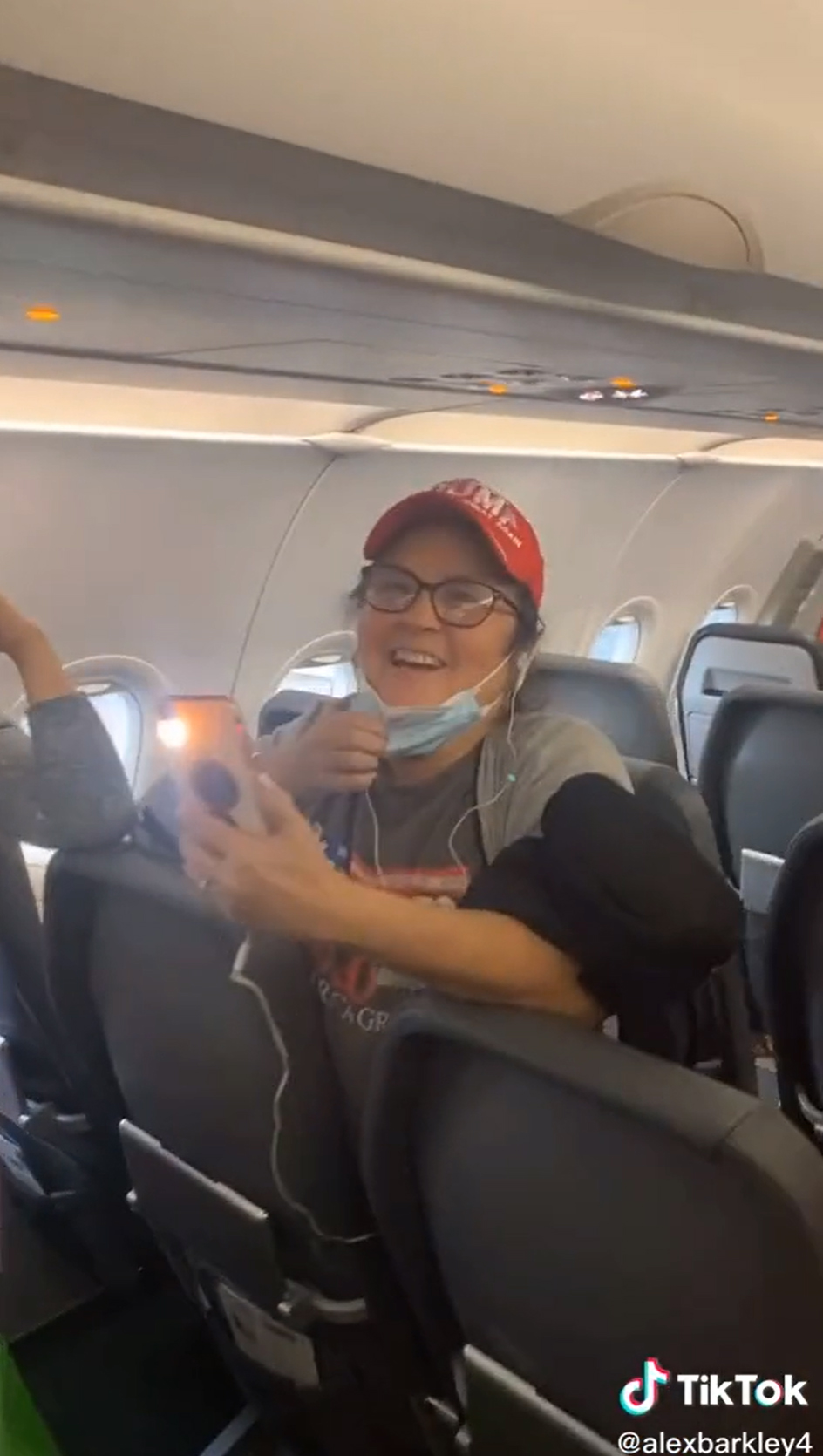 Frontline Airlines asks passengers to wear face coverings over their nose and mouth to stop the spread of Covid-19Credit: TikTok 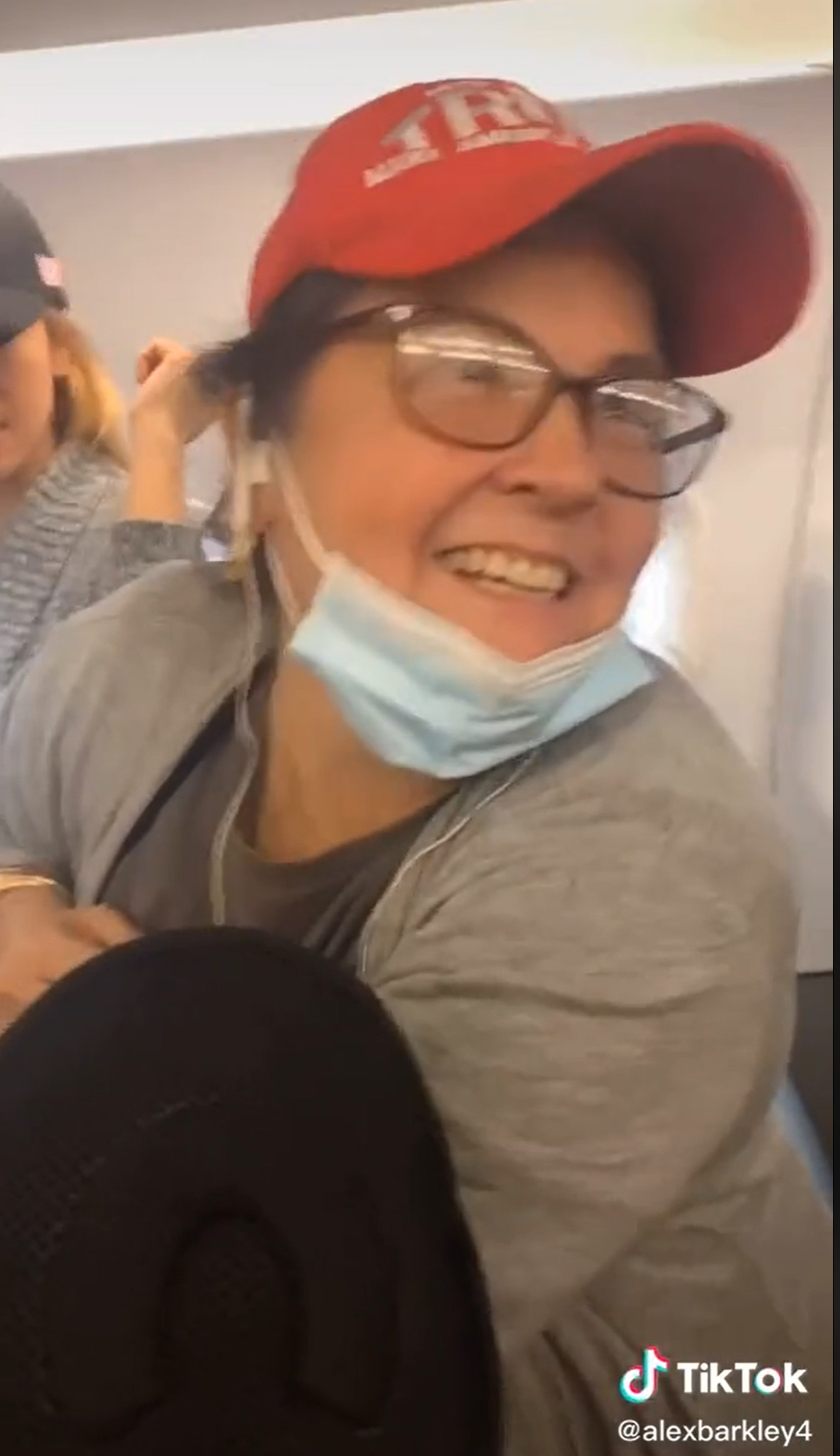 TikTok user Alex Barkley shared the disturbing clip filmed from a few rows behind the irate woman and her friend, who was wearing a Trump hat and without a mask.

The video includes the caption “no way lmao” and in it, the pilot is heard saying that everyone had to get off the aircraft as a result of their refusal to comply.

“Have a good day, n****r,” the woman in the hat tells one passenger leaving the plane.

Seattle cops then arrived, escorting the women off the plane and through the gate to huge applause and cheers from their fellow passengers.

Minutes earlier, the pilot made this announcement over the intercom: “Ladies and gentleman, I’m sorry. I’ve got to take this a step further. 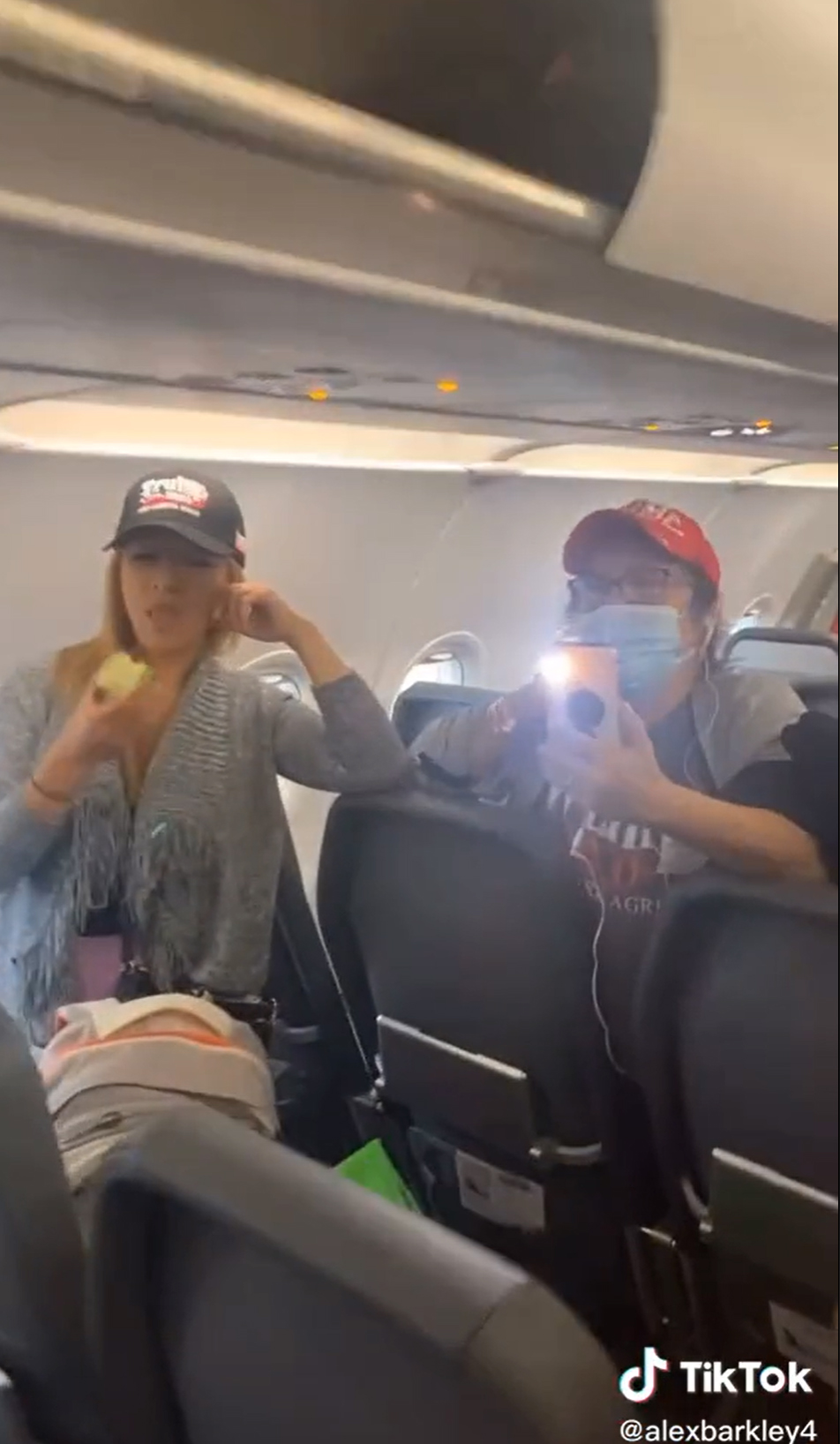 Her friend casually ate an apple as she filmed the passengers filing outCredit: TikTok 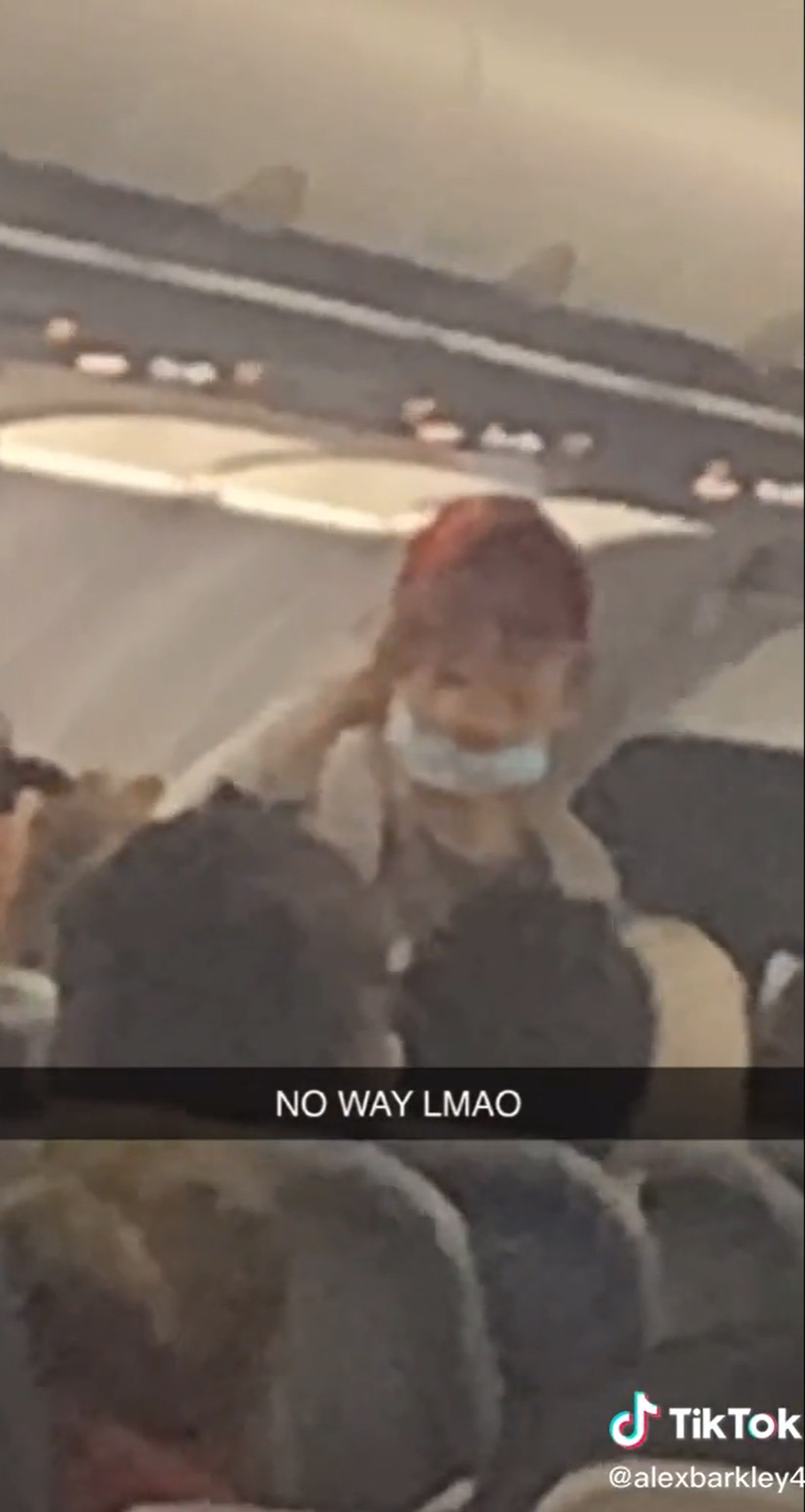 “The two passengers who we need to remove from the airplane are refusing to do that. We can resolve this easily but at this point I have to ask everyone to leave the airplane.”

“Take your IDs and your boarding passes,” he added.

“You can leave your personal belongings if you’re gonna reboard. Please do not get involved in the altercation or you will not reboard.”

The other passengers can be heard groaning and telling them to get off before they were forced to leave. 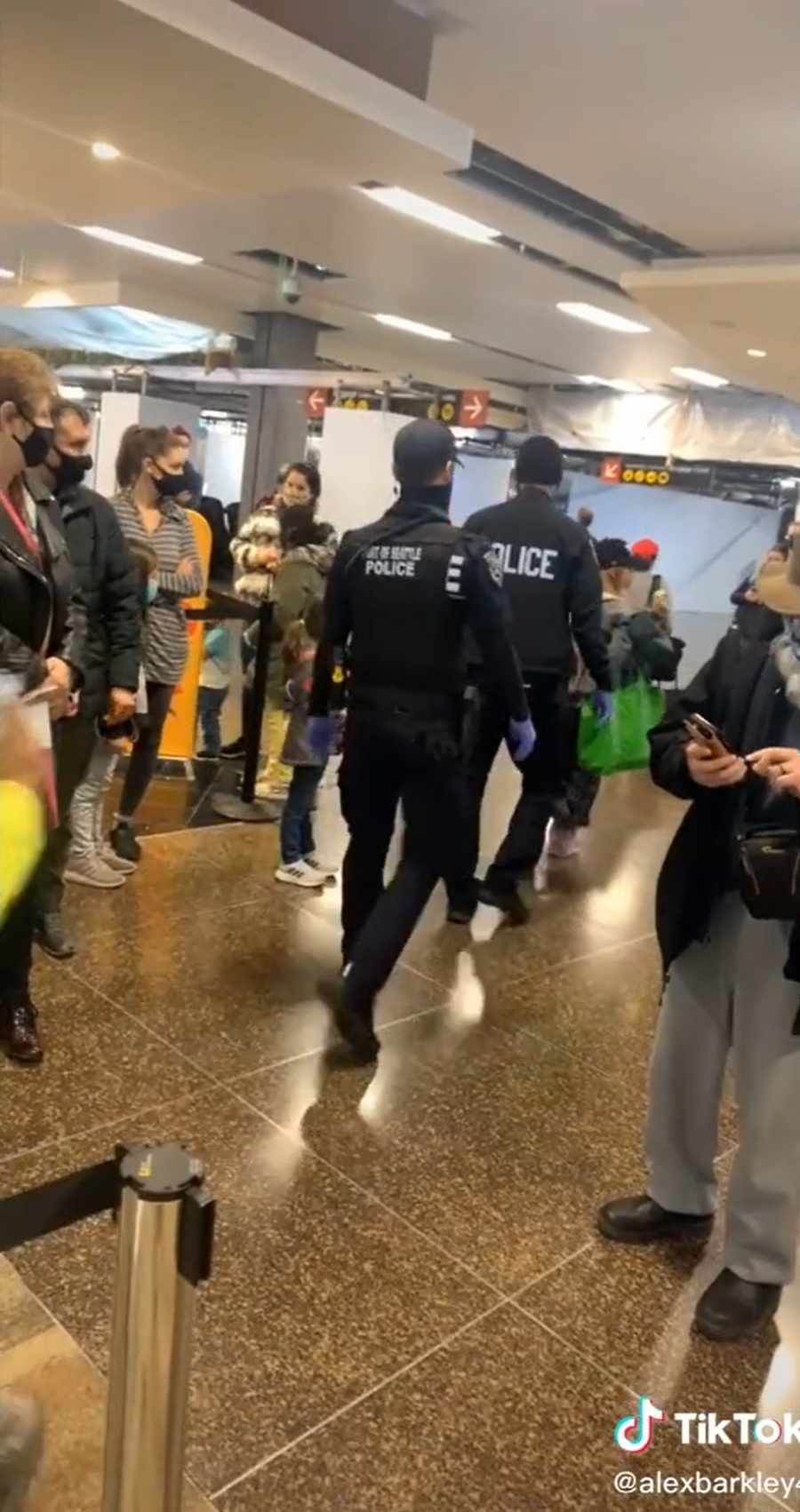 Seattle cops led the women off the plane to cheersCredit: TikTok 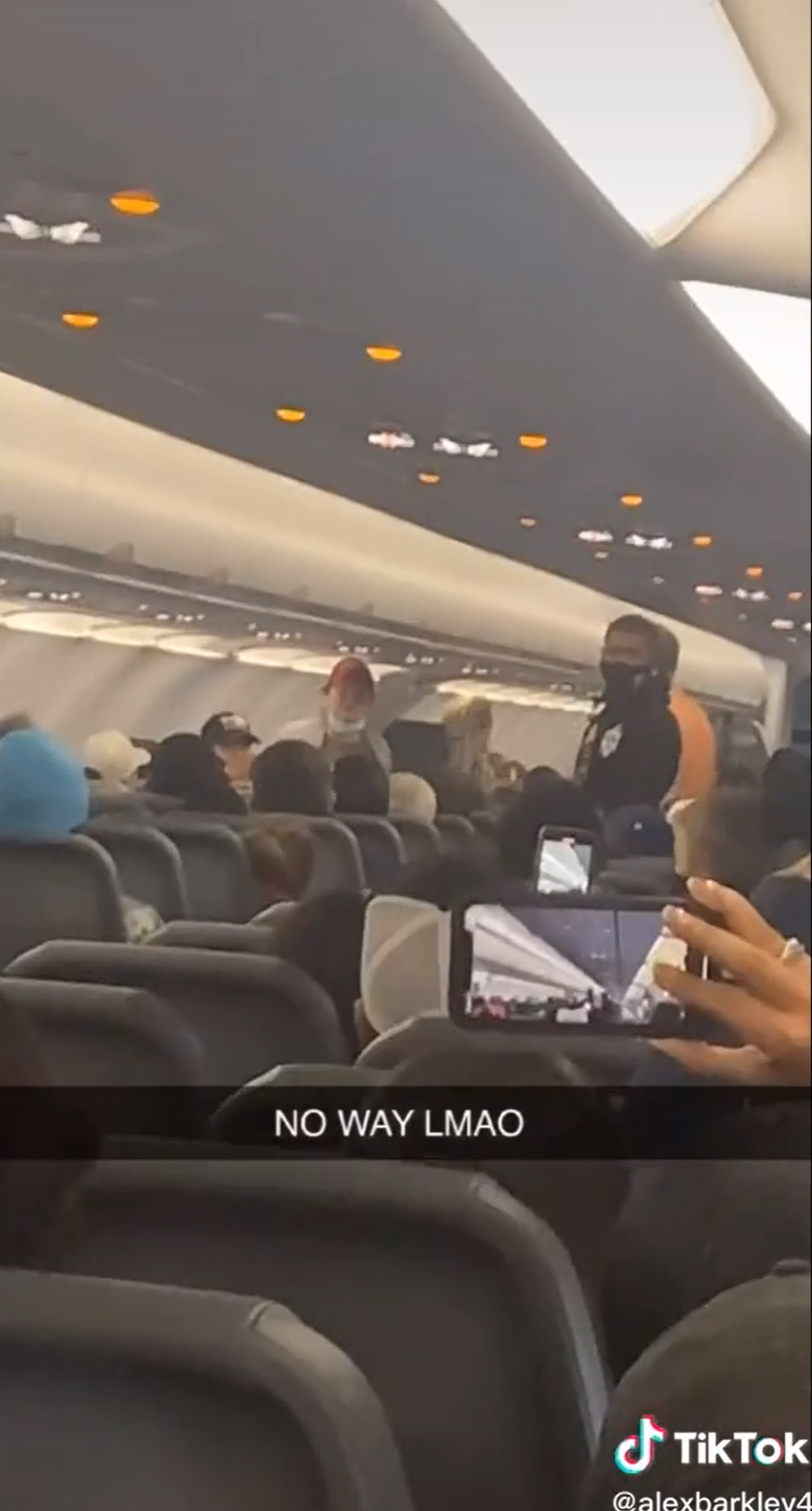 The TikTok user Barkley said both of them had been banned from the airline as a result of the incidentCredit: TikTok

The two women remained in their seats smiling and making peace signs.

The woman wearing a blue Trump hat casually ate an apple before her friend in the MAGA baseball cap used the racial slur.

She repeatedly told the other passengers filing out to “have a great day” after saying the word “n****r.”

Both of them were banned from the airline, an airline spokesperson told The Sun on Friday evening.

Frontier asks customers to masks ver their nose and mouth on the plane, at ticket counters, and at their respective gate, according to their website.

“Face coverings are required throughout a traveler’s journey when flying with Frontier. Both passengers who refused to comply with our policy have been placed on our Prevent Departure List.”