THE Texas blackout was photographed from space and three million people are set to endure a fifth day without power – as fury continues to grow over the officials’ handling of the killer freeze that has ground the state to a halt.

Storm Uri and extreme winter weather left millions of people across the United States without electricity or heat this week. 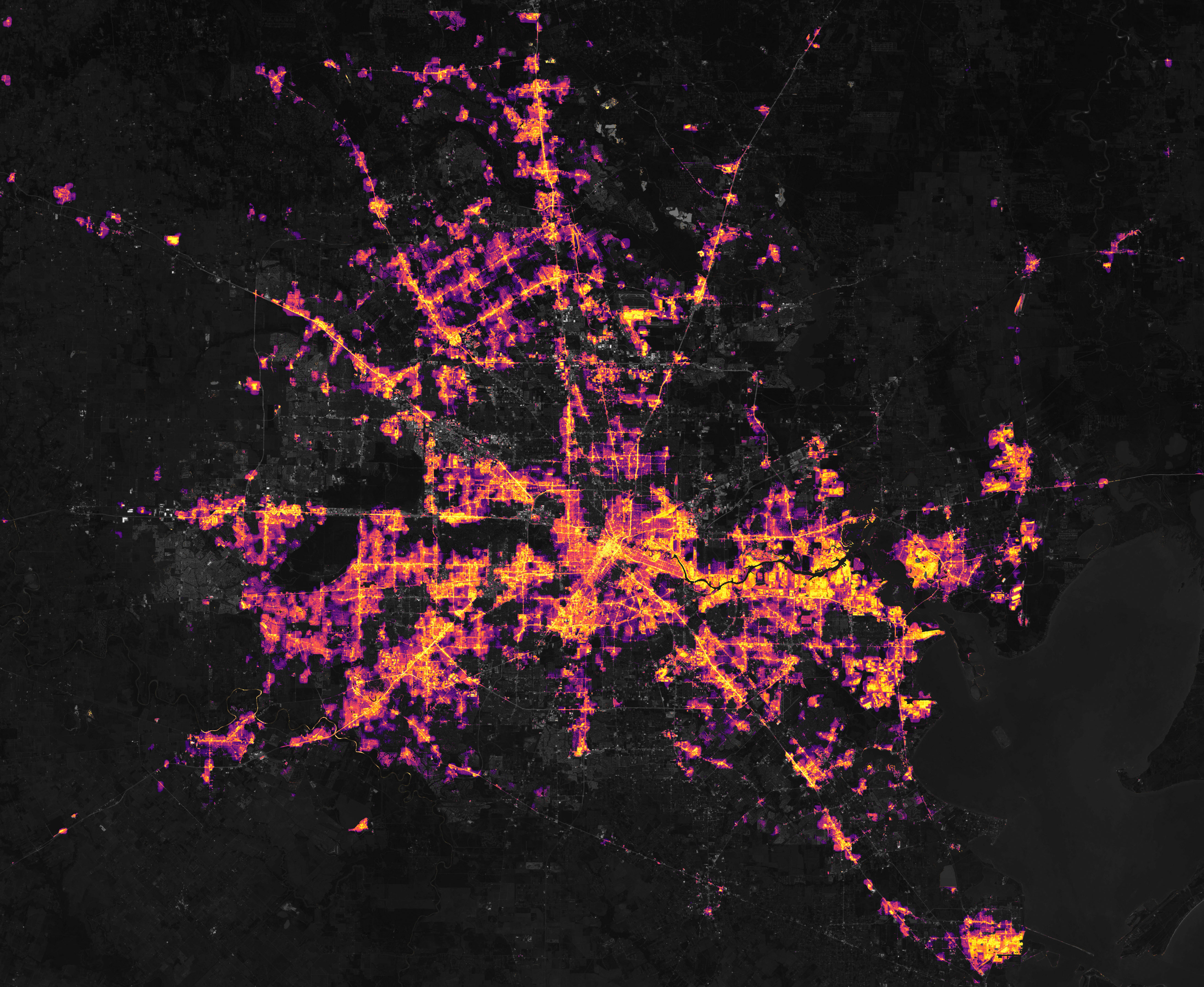 Satellite images shared by The National Aeronautics and Space Administration on Wednesday showed the chilling weather’s impact on the state of Texas, with swathes of Houston seen plunged in darkness on Tuesday nightCredit: NASA 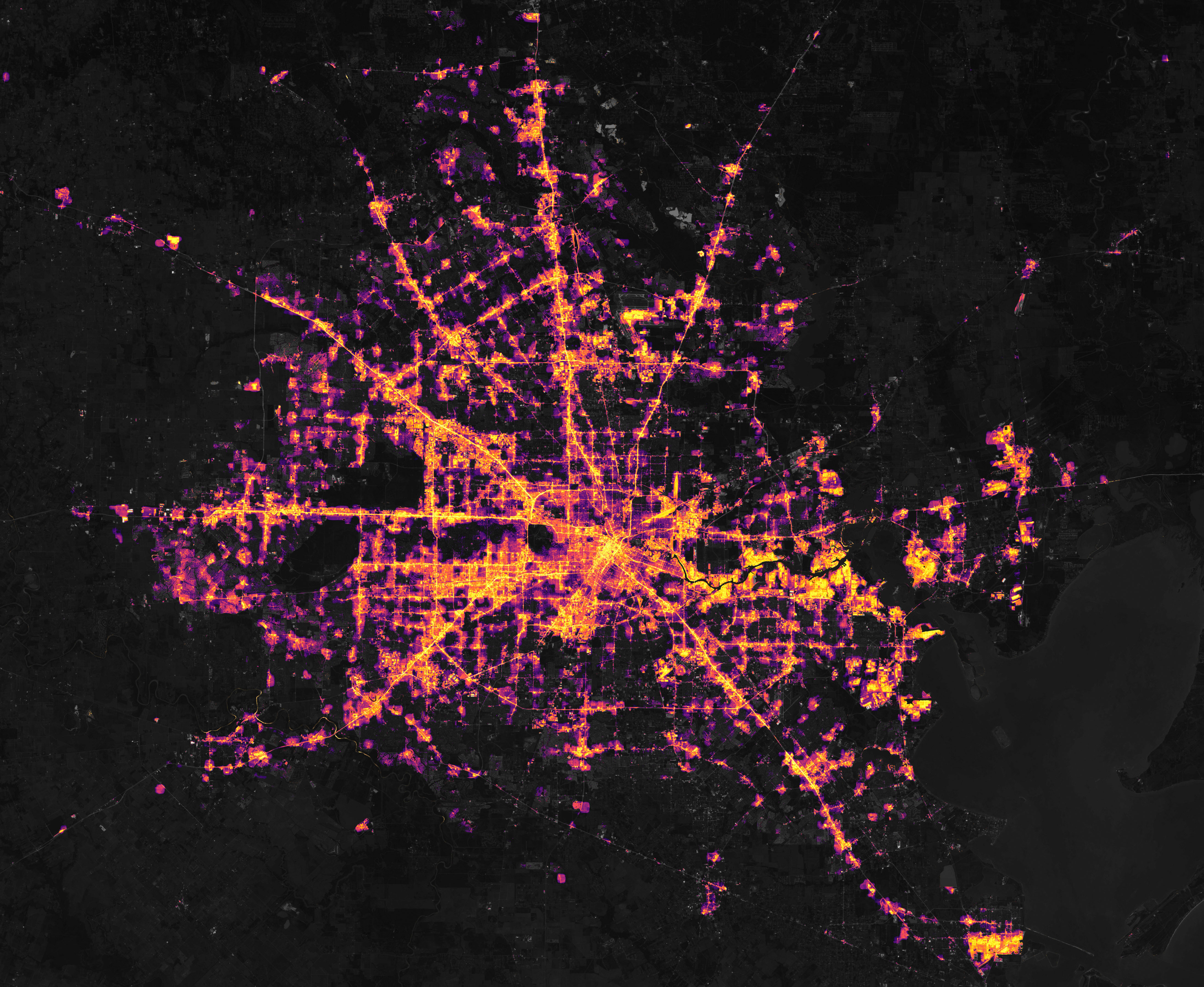 Houston is captured via satellite on Saturday, February 6, looking much brighter before the crippling power outagesCredit: NASA 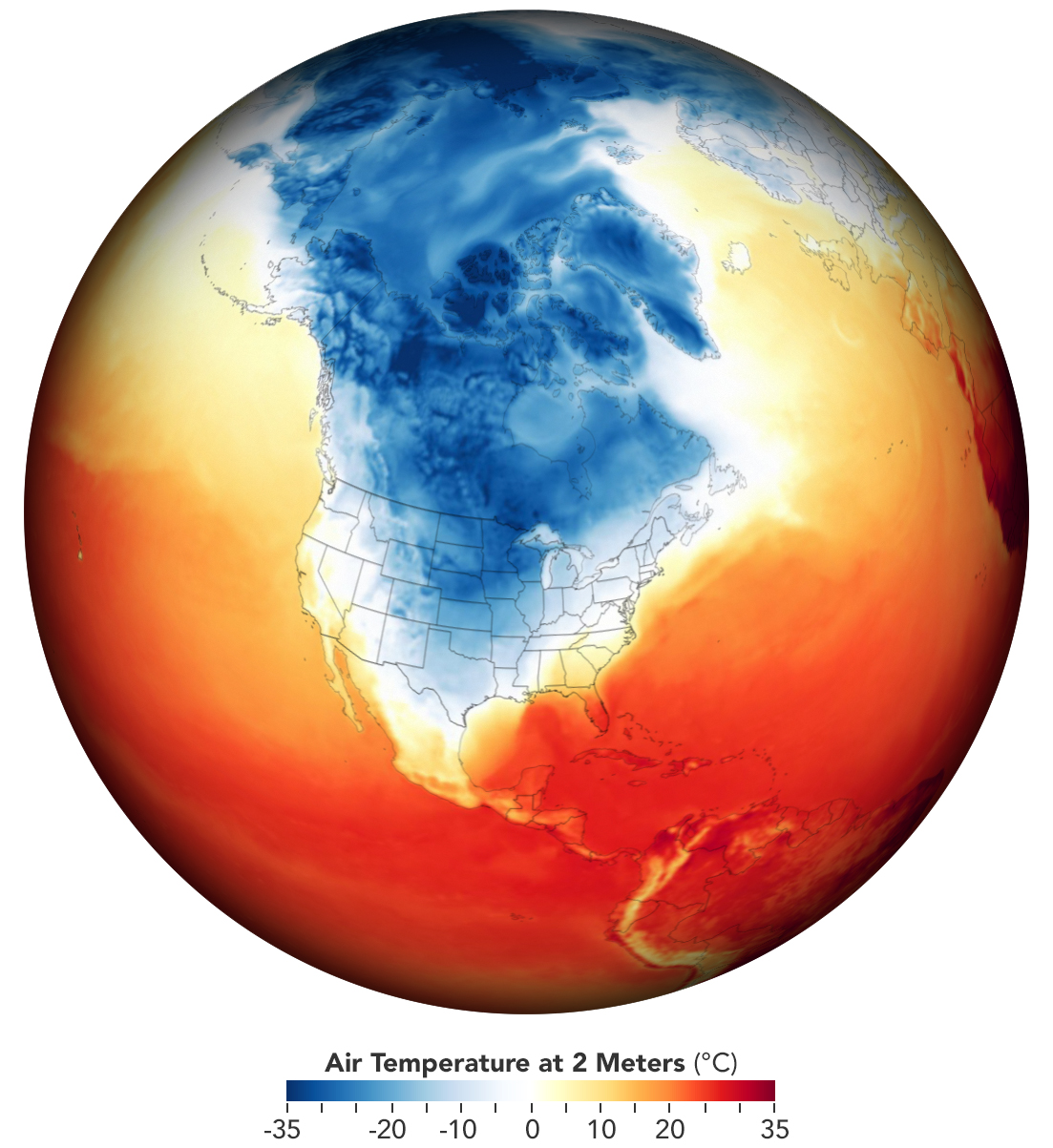 NASA shared this air temperature map of the world, showing most of the US under a deep freezeCredit: NASA

On Wednesday, approximately 3.4million customers were without power – some without functioning water – across the nation.

By midday, three million homes and businesses remained without electricity.

Satellite images shared by The National Aeronautics and Space Administration on Wednesday showed the chilling weather’s impact on the state of Texas.

NASA shared two photos showing Texas’ nighttime lights from before the freezing weather on February 7 and during on February 16.

Another map, which obtained data from the Goddard Earth Observing System (GEOS) model on February 15, showed “the extreme cold associated with the arctic air mass.”

The measured air temperatures were from approximately 6.5 feet above the ground. 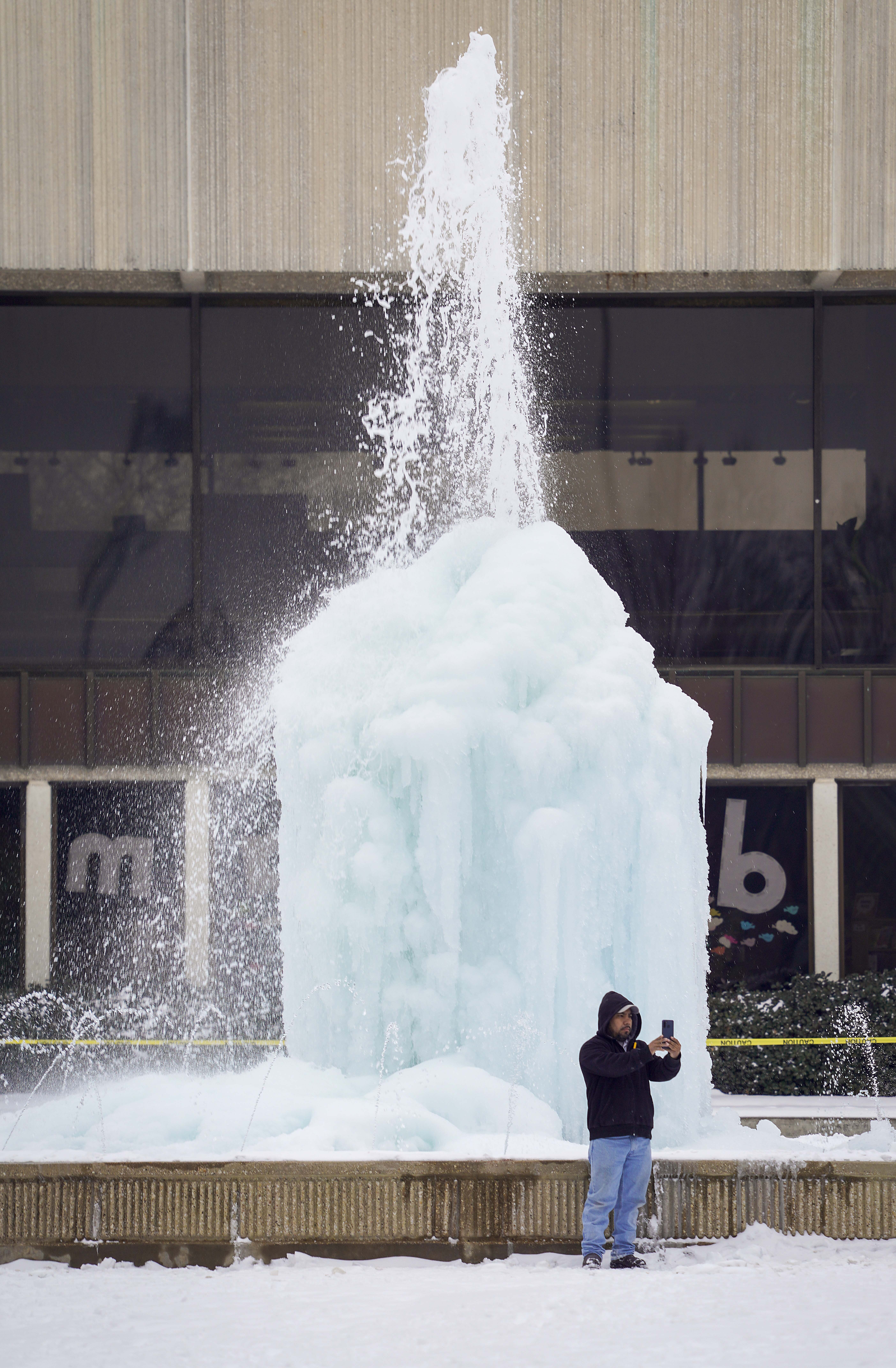 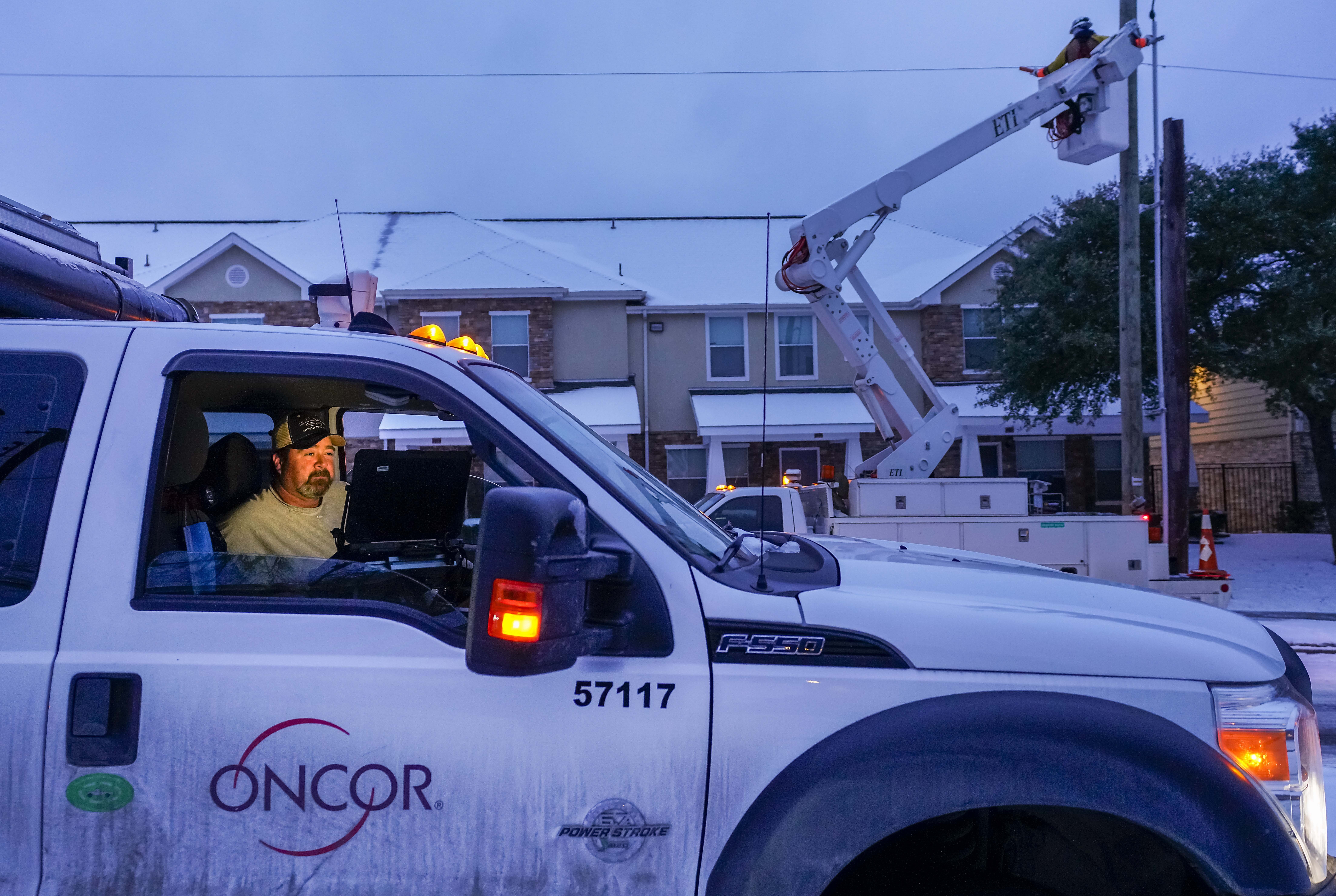 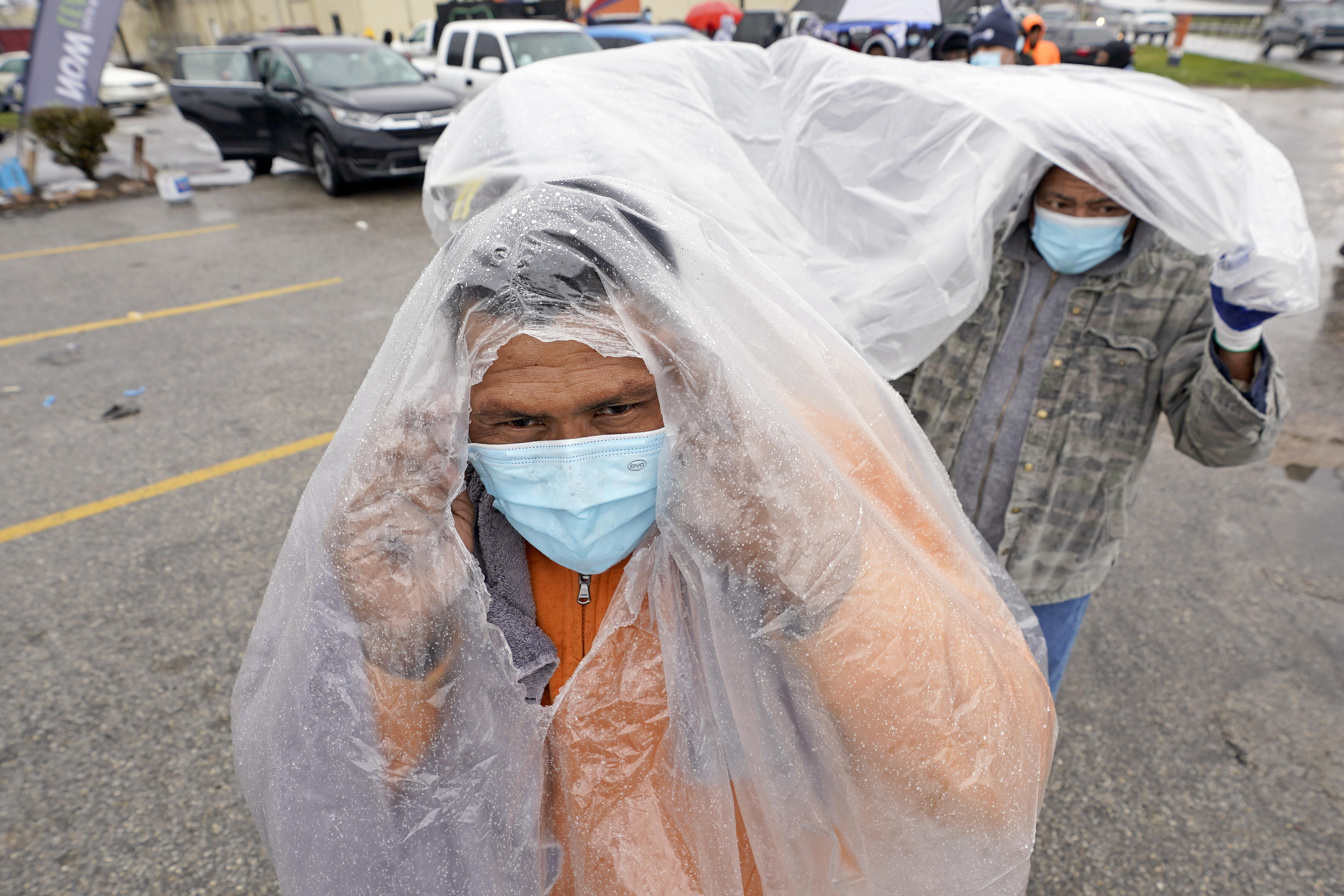 Some areas in the middle of the US had temperatures as low as -31F, showing some parts of Texas to have colder weather than Alaska, Maine, and Iceland.

Meanwhile, at least 30 people have died after power was lost and weather temperatures dropped.

And the storm is set to make its way into the Northeast on Thursday. 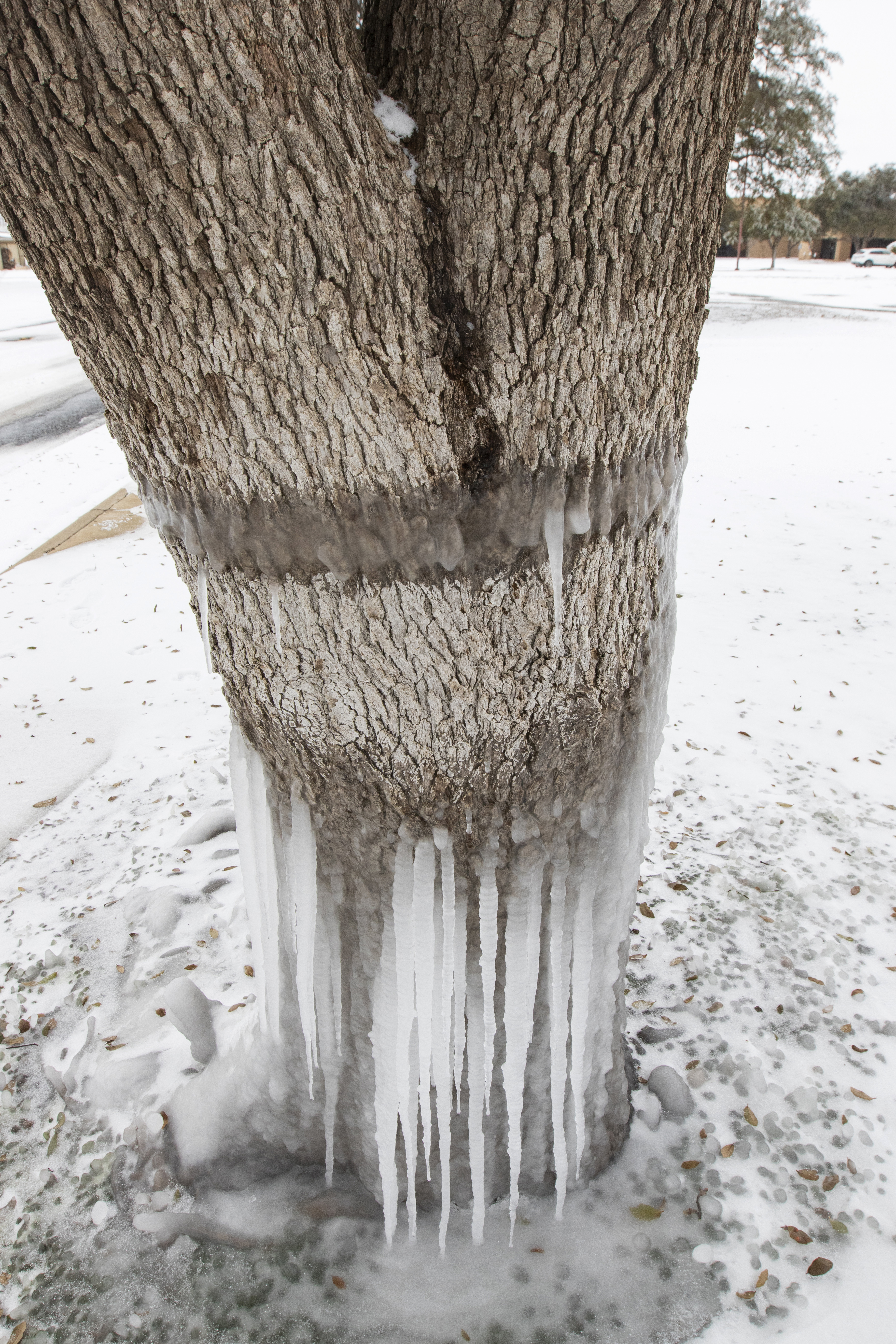 Icicles hang from the base of a tree in Odessa, TexasCredit: AP:Associated Press 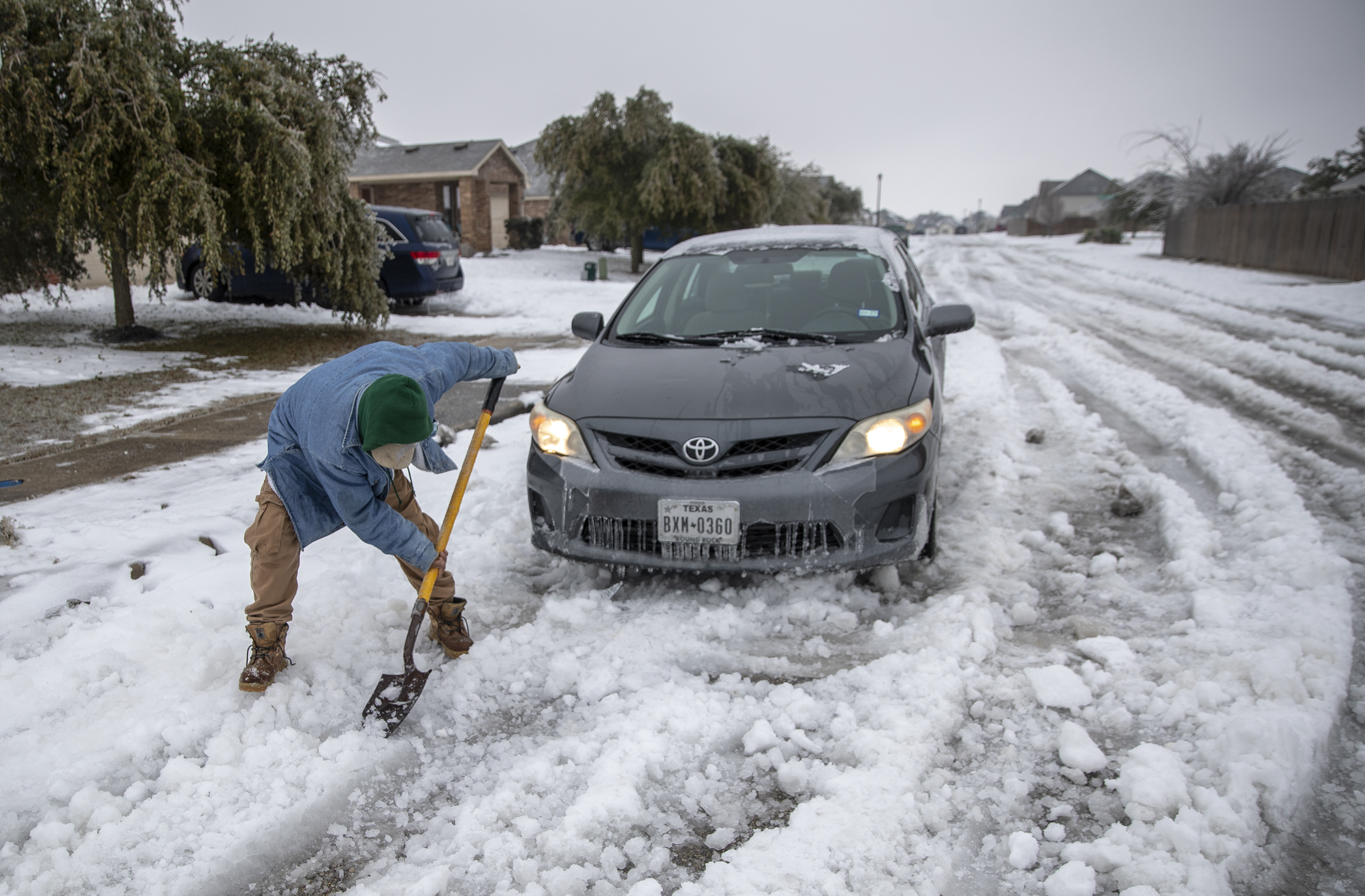 At least 30 people have died after power was lost and weather temperatures droppedCredit: AP:Associated Press 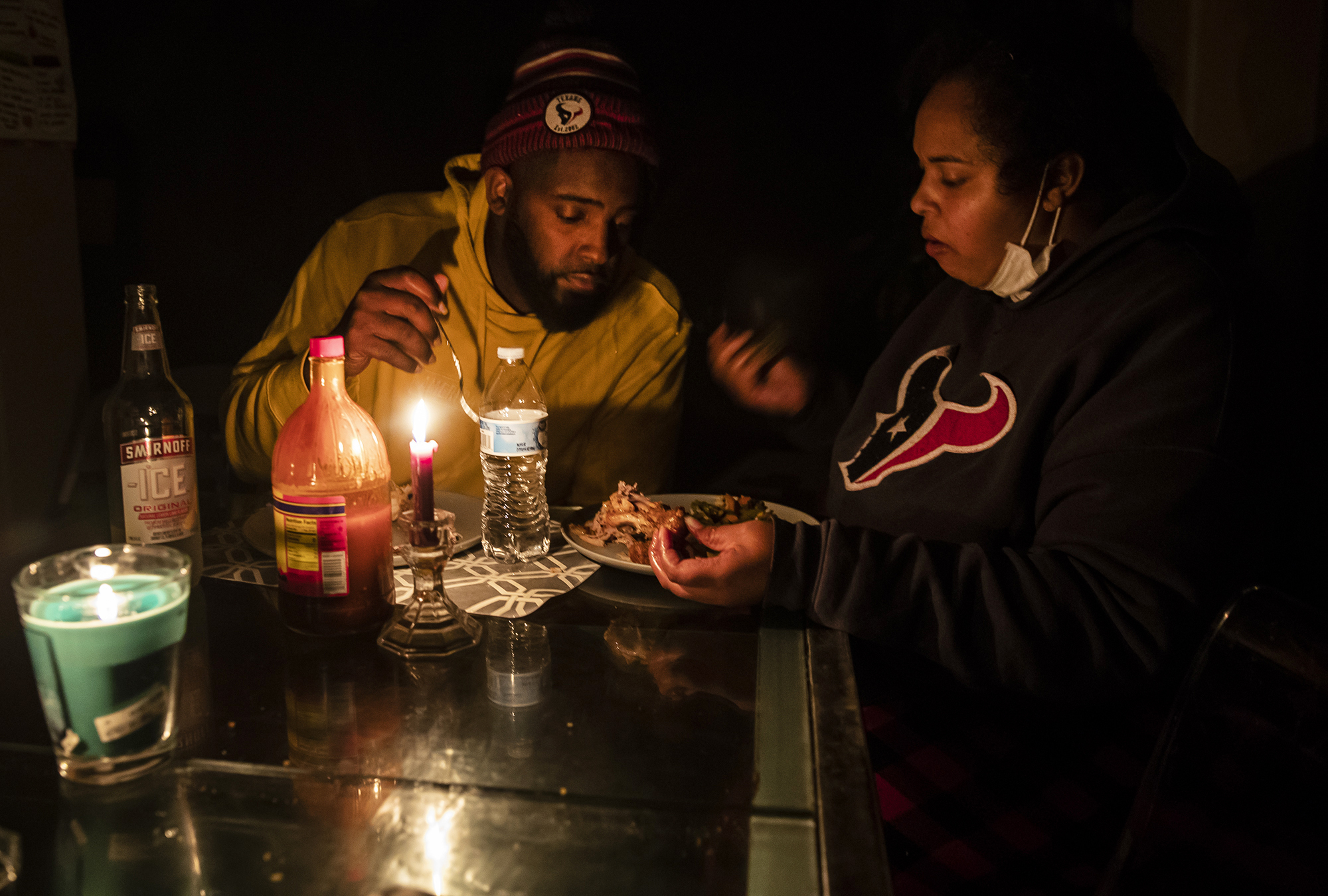 Howard and Nena Mamu eat dinner via candlelight at their home in the Glenwood neighborhood in Hutto, TexasCredit: AP:Associated Press 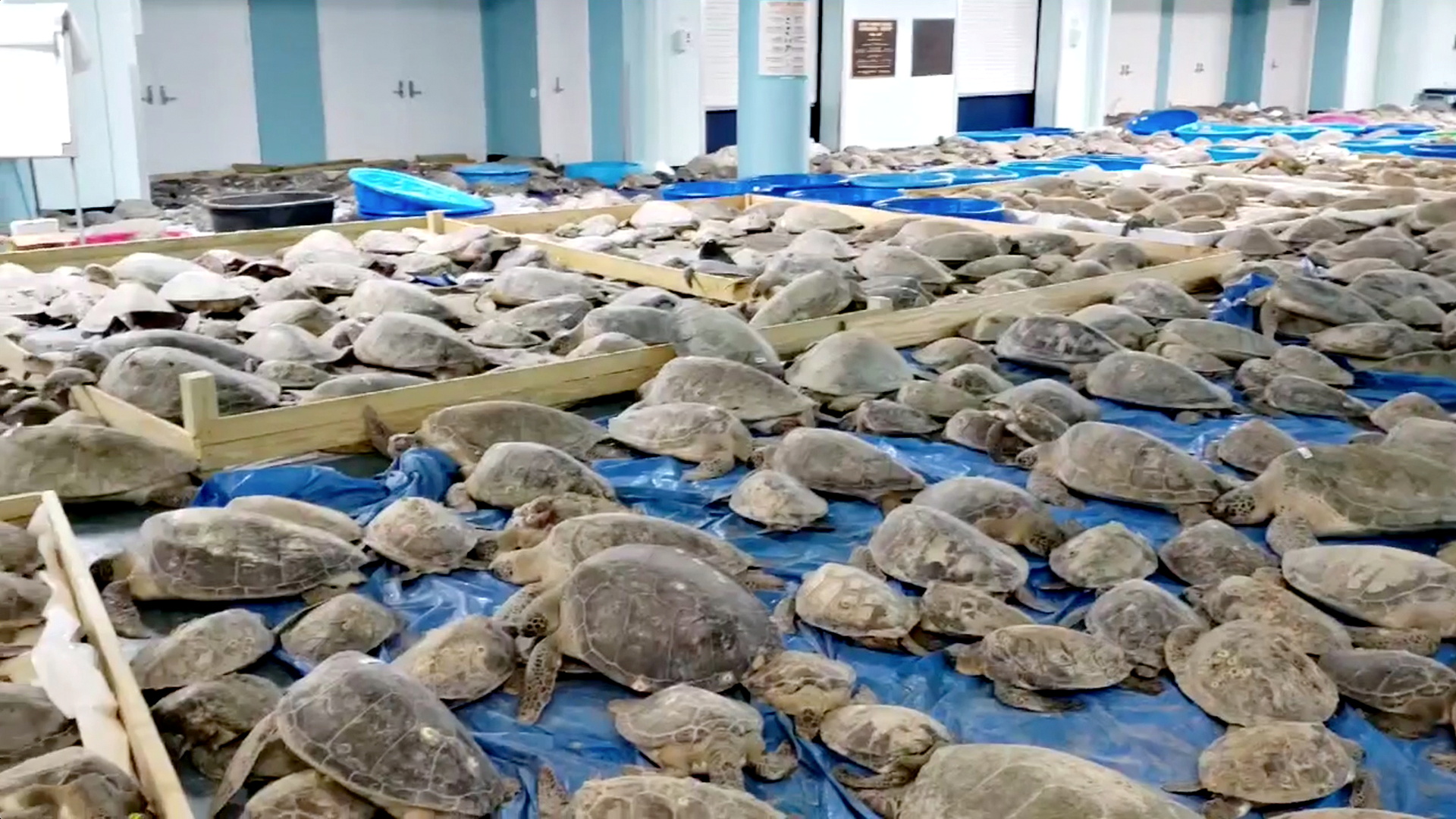 Abbott, who ordered the rule be followed until February 21, wrote to the Texas Railroad Commission: “I hereby mandate that all sourced natural gas be made available for sale to local power generation opportunities before leaving the state of Texas, effective through February 21, 2021,

“I ask that you immediately take all reasonable and necessary steps to ensure that this mandate is carried out.”

Rolling power blackouts were ordered as the governor was forced to call in the National Guard to help.

All of Texas was under a winter storm warning on Wednesday morning, and President Joe Biden declared an emergency in the state.

Gov. Abbott said: “Due to the severe weather and freezing temperatures across our state, many power companies have been unable to generate power, whether it’s from coal, natural gas, or wind power.

“The ultra-low temperatures will last for several days, meaning that what becomes frozen will remain frozen for a long period of time.”

“That will also increase the power thats going to be produced and sent to homes here in Texas,” Abbott said at a press conference Wednesday.

The ban led to a response from officials in Mexico, which relies on imports via pipeline from Texas – as more than 40 percent of US natural gas exports come from Texas, AP News reported.

Couple say they are living in dark as 3.5m STILL without power in Texas and South

I dish up a 3-course Christmas dinner for £1.80 a head with yellow sticker deals