Want to elevate your cookery game?

This recipe for roast potatoes, which has racked up millions of likes across several TikTok videos, could be just the thing,

The recipe’s creator, Jeremy Scheck, has posted a few iterations of the popular recipe, but they all come to the same thing – exceedingly delicious looking roasties.

To make them, you cut your potatoes without peeling them. Jeremy says he prefers Yukon Gold or red potatoes.

In one of the videos, Jeremy says: ‘Put them in a pot of cold water, and then add what looks like an obscene amount of kosher salt.

‘Don’t worry, you’re not actually eating all that salt, but boiling them in this way allows some salt to get inside the potatoes so when you eat them it’s seasoned on the inside and the outside.

How good does that look? (Picture: @scheckeats)

‘When they’re tender after about 10/15 minutes at a rolling boil, rough up the edges.

‘This increases the surface area, which will give you lots of little bits that get crispy.’

Then he puts them on a baking tray with ‘lots of olive oil’, garlic powder, sweet paprika, cayenne pepper, fresh rosemary, flaky salt and black pepper.

In some videos, he mixes up the spices he uses a little bit – for instance, sometimes he leaves out the cayenne – so feel free to play around with your preferred spices.

In some iterations of the recipe, he uses avocado oil, and says you could also use duck or goose fat.

He then roasts the potatoes for roughly 20 minutes at around 230°C.

When they look good and crispy, he lets them sit in the oven with the heat turned off for an extra 10 minutes, which he says is his ‘mum’s trick to get them extra crispy.’

When they’re out of the oven, Jeremy says sprinkling a fresh herb on top like dill or parsley will ‘brighten everything up’.

None other than Kylie Jenner liked one of these recipe videos, leading its popularity to spike in a big way. 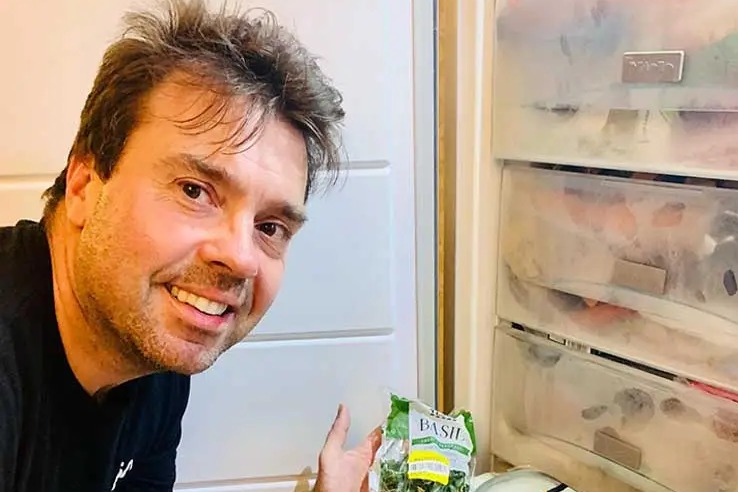