A TOUR bus flipped over near the Grand Canyon on leaving one dead and two critically injured.

Forty-eight people, including the bus driver, were on the large transit vehicle when it rolled and landed on its side in Peach Springs, Arizona, on Friday afternoon. 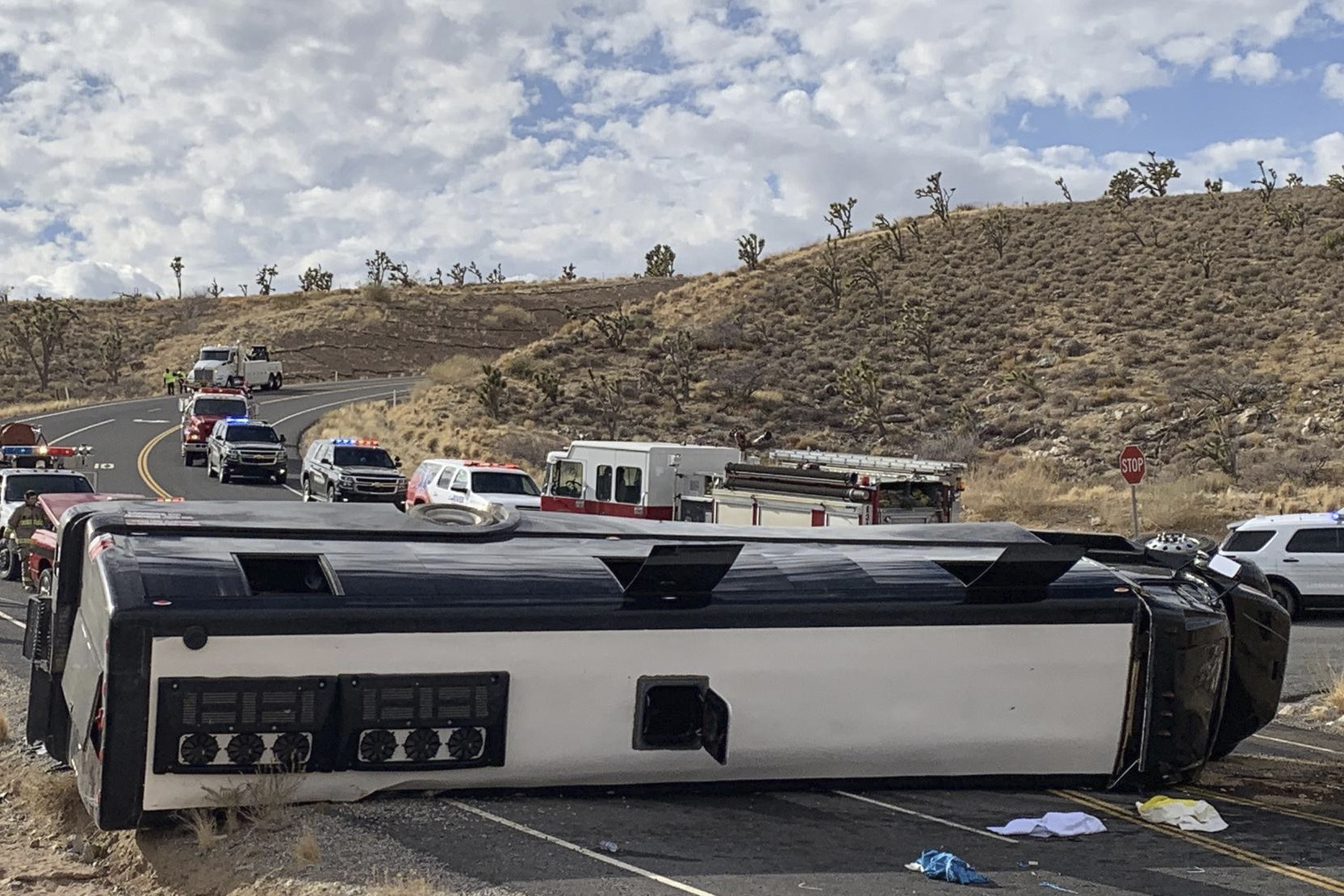 The bus – managed by a company based out of Las Vegas – ended up on its side by milepost 5 on Diamond Bar RoadCredit: AP:Associated Press

According to the Mohave County Sheriff’s Office, the accident took place around 12.21pm local time as the tour bus was headed to Grand Canyon West.

The bus – managed by a company based out of Las Vegas – ended up on its side by milepost 5 on Diamond Bar Road.

An investigation remains underway as the cause of the accident is unknown.

One person was found dead on scene and two other were transported to nearby hospitals in critical condition.

Seven critically injured bus occupants – with less-severe injuries – were taken to a hospital by ambulance.

The tour bus was headed to Grand Canyon West, according to the Mohave County Sheriff’s OfficeCredit: Getty – Contributor

Authorities have no yet revealed the identities of the injured and deceased.

Dr. Damon Clarke with the Hualapai Tribal Council told KNXV Clarke speed might have contributed to the crash.

The photograph shared by police showed the tour buss tipped over on one side as first responders were nearby.

The Grand Canyon West is located on the Hualapai Reservation – the home to a federally recognized Indian Tribe.

In a statement to NBC News, The Hualapai Tribe revealed they were “deeply saddened” about the horrific accident and wished “speedy recoveries to those requiring medical attention.”

Grand Canyon West is also well known for its Skywalk attraction – described online as a “10-foot wide, horseshoe-shaped glass bridge” that “extends 70 feet out over the rim of the Grand Canyon.”

The video reportedly captured tourists in Arizona screaming, wailing, and crying out “no!” as they reacted to Maria Andrea Salgado Lopez tumbling to her death on July 3.