Trump must quarantine if he visits his Scottish golf course to keep away from Biden’s inauguration, says Grant Shapps

DONALD Trump would have to quarantine for 10 days and show a negative Covid test if he visits his Scottish golf course later this month, Grant Shapps has warned.

It follows reports that the outgoing President will boycott Joe Biden’s inauguration ceremony on January 20 and jet to his Turnberry golf resort in Ayrshire. 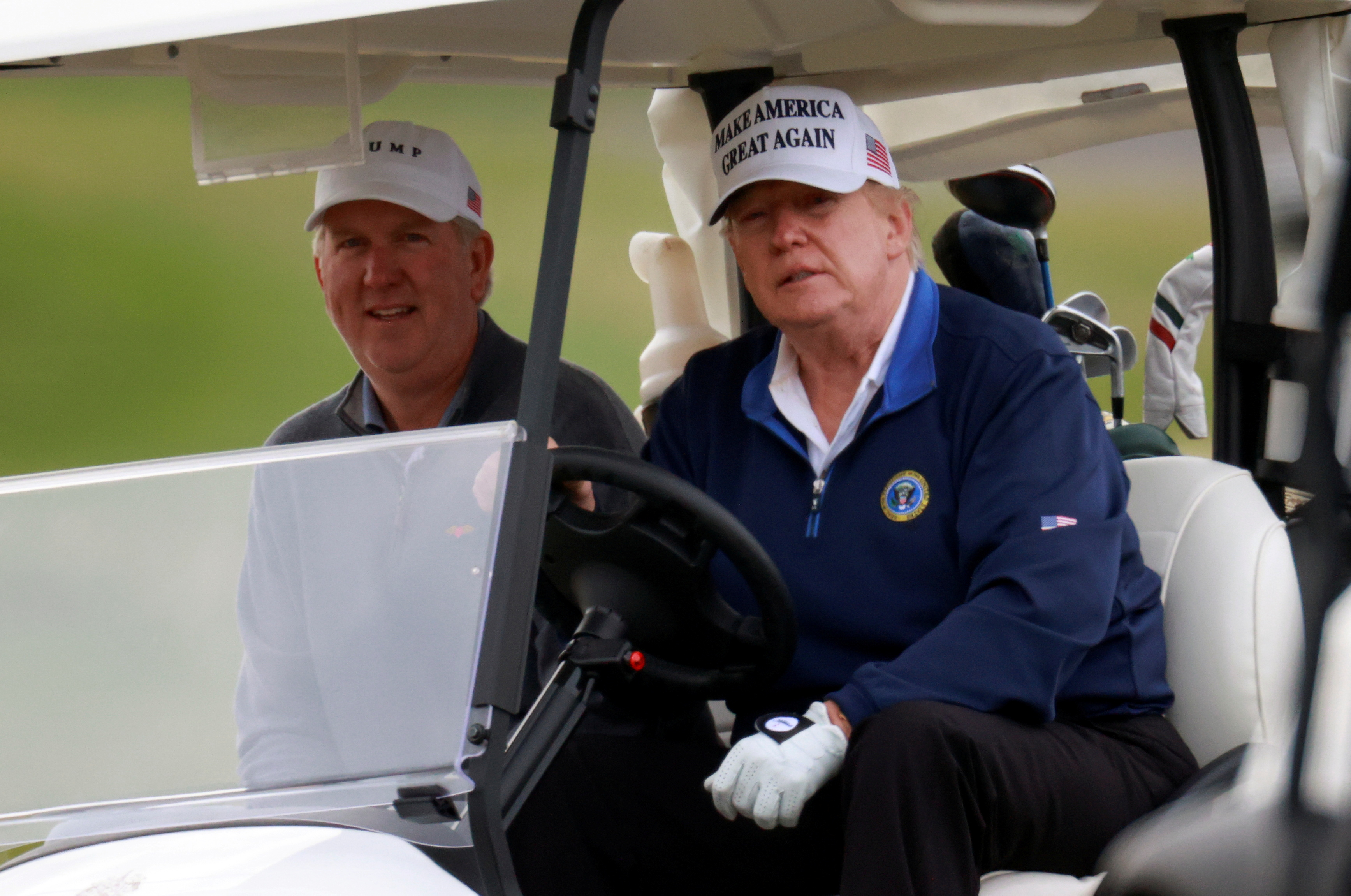 Donald Trump would have to quarantine for 10 days if he wanted to go to his Scottish golf courseCredit: Reuters 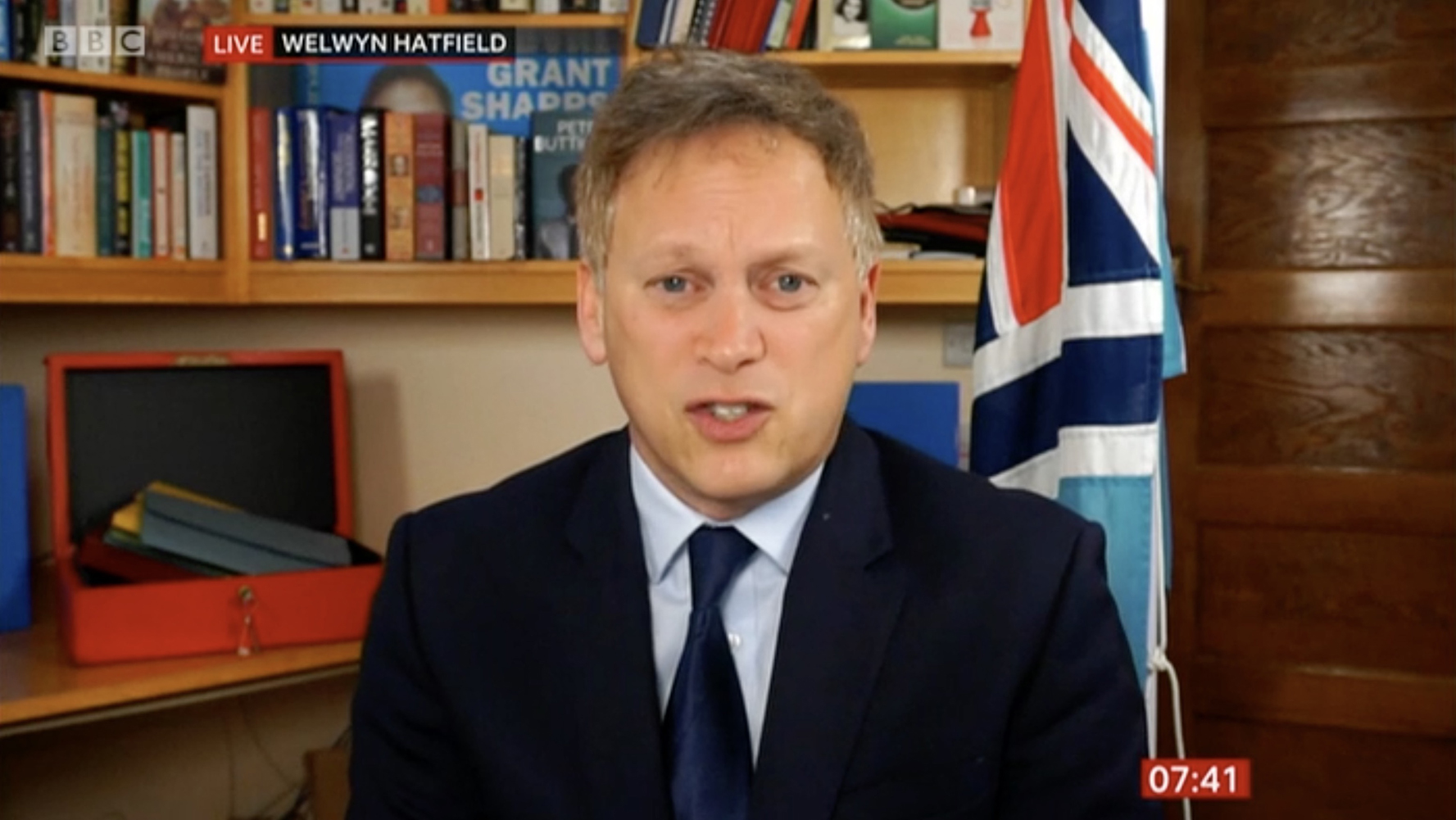 Grant Shapps mocked the outgoing President – saying he would need to follow the UK’s strict travel rulesCredit: refer to caption.

All incoming travellers regardless of their job will have to present a negative PCR Covid test within 72 hours of travelling to the UK under strict new border rules introduced by the Government.

And that is on top of current requirements for incoming travellers to quarantine for 10 days.

Mr Shapps, the Transport Secretary, mocked the under-fire US President by warning he would have to isolate for 10 days before being allowed onto his golf course.

He told Times Radio: “For one thing, he’ll require a coronavirus test seventy-two hours before and presumably he’d have to quarantine as well I’m afraid.

“So he may not end up being able to play golf quite as quickly as he’d hoped.”

It would mean Mr Trump would need to jet off to Scotland within the next few days, if he wanted to be able to play a round of golf by January 20 – Mr Biden’s inauguration.

But Scottish first minister Nicola Sturgeon laid down harsh rules for the US President – telling him he wouldn’t be allowed to enter Scotland.

When asked about reports of Mr Trump’s plans, Ms Sturgeon said golf was not an “essential purpose” for transatlantic travel.

She said: “I have no idea what Donald Trump’s travel plans are, you’ll be glad to know.

“I hope and expect that – as everybody expects, not everybody necessarily will hope – that the travel plan immediately that he has is to exit the White House.”

And she added: “But beyond that I don’t know. We are not allowing people to come in to Scotland without an essential purpose right now and that would apply to him, just as it applies to anybody else.”

Mr Shapps became the latest Cabinet minister to condemn the President’s actions that led to violence in the US Capitol earlier this week.

“It dishonours democracy when you see that sort of thing happen and people incited to go and behave like that.

“I don’t want to interfere in another country’s democracy, least of all a good friend and ally and a great democracy in itself with checks and balances.”

Last night, Boris Johnson slammed Mr Trump for inciting the horrifying scenes of violence at the Capitol in Washington.

He branded the President’s actions as “completely wrong”.

It follows Mr Trump finally agreeing to a peaceful transfer of power with Mr Biden and denounced the “heinous” violent protests.

The video came the same day that US Capitol Police revealed Officer Brian D. Sicknick died after he was injured in the deadly riot.

At least five people have now died in the violent riots on Wednesday.

Trump went on in his speech to say that he would ensure an orderly transition on January 20, when Joe Biden – who he avoided mentioning by name – will be officially sworn in as President.