ABSEILING to a beach to save entangled seals, rescuing a badger trapped in a skate park and hand-rearing hedgehogs are all in a day’s work for our nation’s wildlife rescue heroes.

As Dean Harrison says: “You never know what’s going to come through the door.” 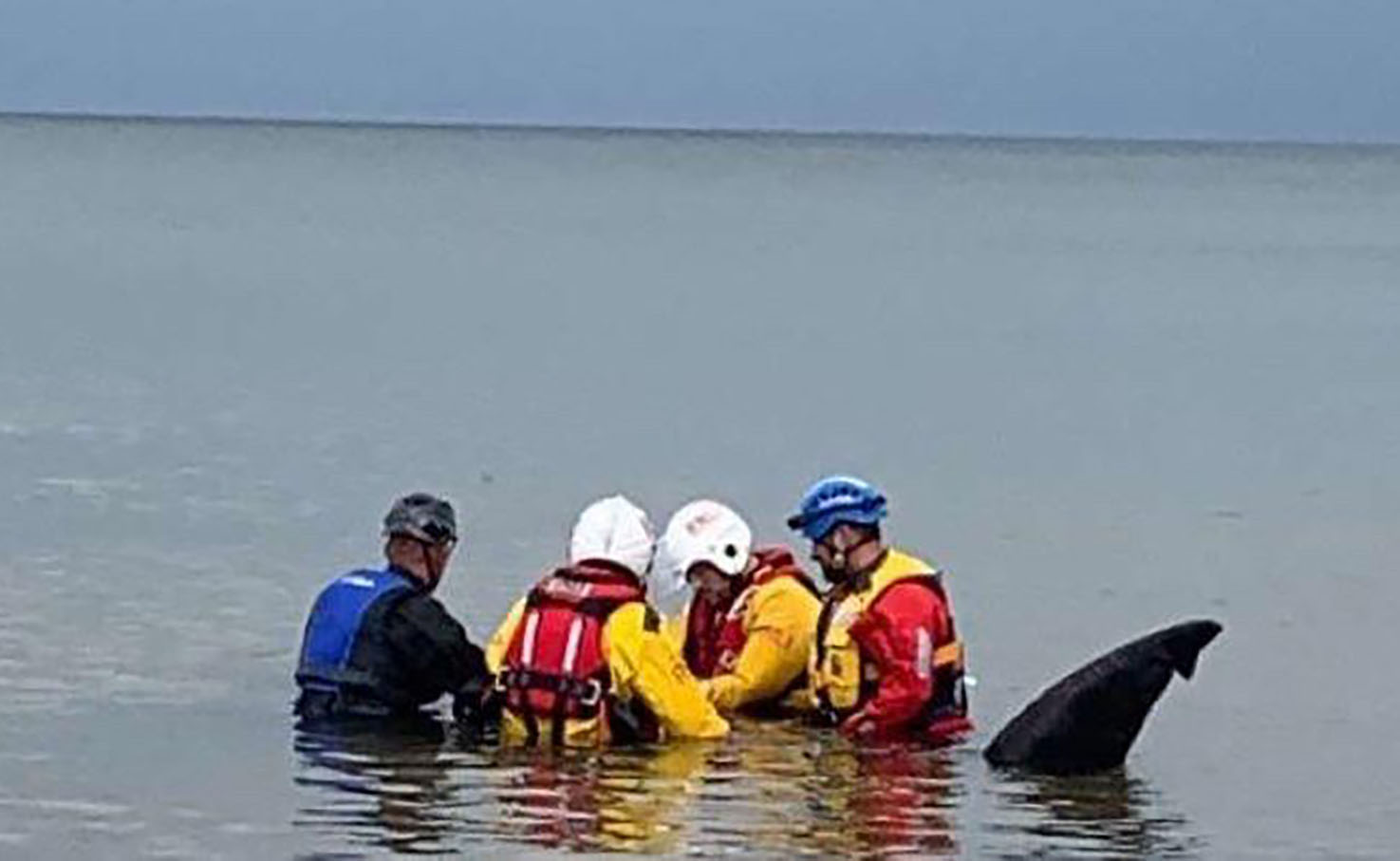 A huge shark was spotted stranded off the coast near Filey, Yorkshire in JulyCredit: Ben Lack

Dean is from the Vale Wildlife Hospital & Rehabilitation Centre near Tewkesbury, Gloucs, one of the biggest in the country.

Supervisor Dean says: “People are noticing wildlife more. More people are at home with fewer things to do, so they’re looking out of their windows, out in their gardens or going for walks.”

The hospital is open 24/7 and manned by 25 staff, with around 100 volunteers helping out.

Dean says: “We often get called out to bigger animals such as deer, foxes and badgers, as we wouldn’t expect members of the public to bring them in.

“I was recently called to a badger stuck in a skate park. It couldn’t get off a ramp. 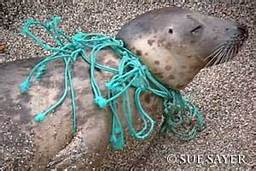 Rescuers had to abseil to save seal ‘Lucky Bunting’ as she was tangled in fishing nettingCredit: Sue Sayer/CSGRT

“You have to think quite fast in this job. We managed to steer it towards a gap in some railings.

“You don’t get any thanks — but we don’t do it for that. We do it for the love of the animals.”

As the hospital’s founder Caroline Gould explains, one job is rearing orphans.

They released several fox cubs back into the wild this year.

Caroline says: “People are becoming more aware of wildlife thanks to people like Sir David Attenborough and nature documentaries.

“They want to put things right, whereas years ago the mentality was more ‘put it out of its misery’ or ‘just leave it’.” 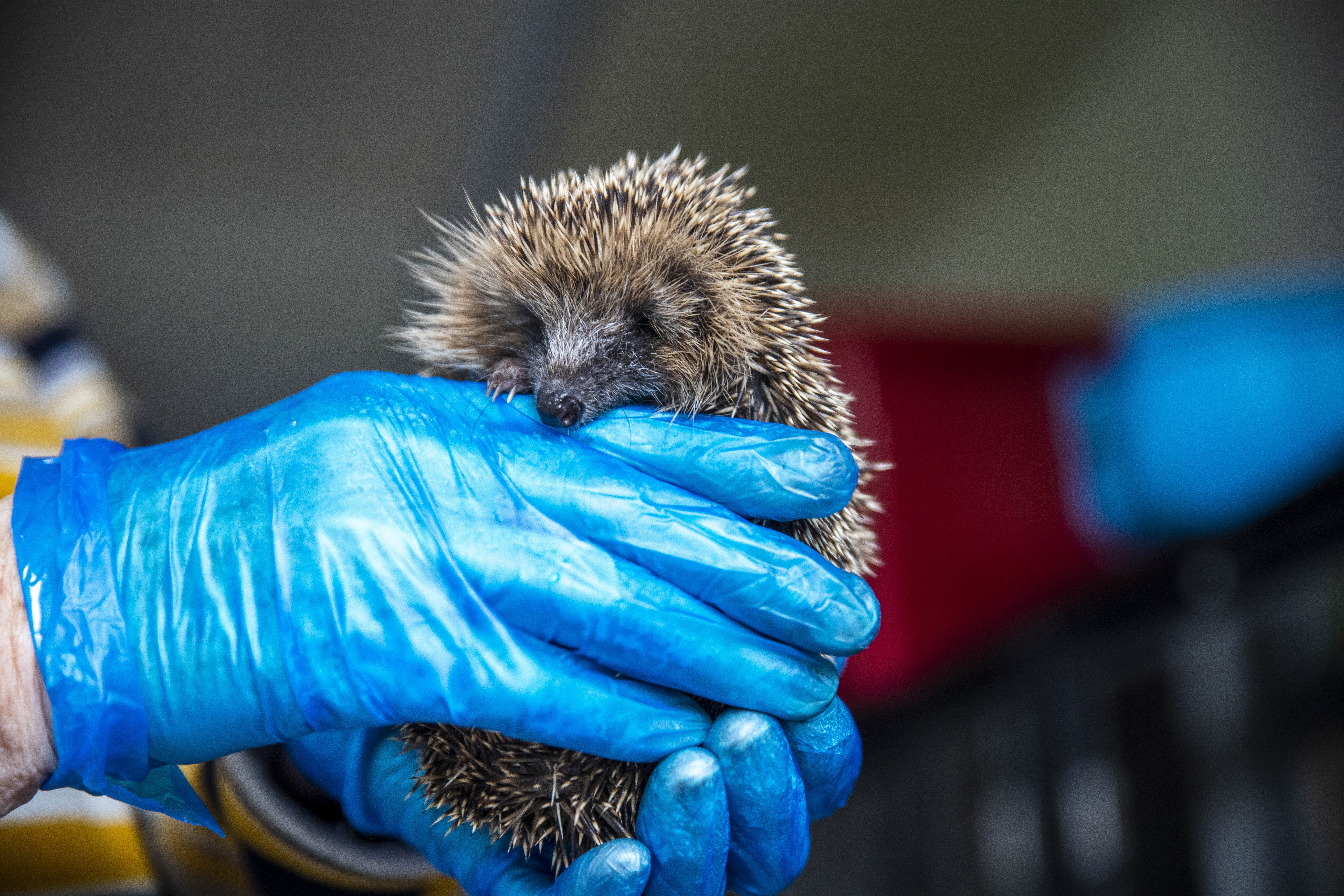 Annie Parfitt, says: ‘More people have been working from home, which means not so many cars on the road and therefore fewer hedgehogs are being run over’Credit: Jake McPherson

Lockdown has given hedgehogs a much-needed boost.

There are only a million of the spiky creatures left across England, Wales and Scotland, compared to 30million in the 1950s.

Road casualties and loss of hedgerow are two of the causes for this decline.

Annie Parfitt, who runs the Help A Hedgehog Hospital in Stroud, Gloucs, says: “More people have been working from home, which means not so many cars on the road and therefore fewer hedgehogs are being run over. It’s meant more hedgehogs being born this year.”

And this has had a knock-on effect on the number of calls they have received, up by 30 per cent on previous years.

Females usually have one or two litters a year. 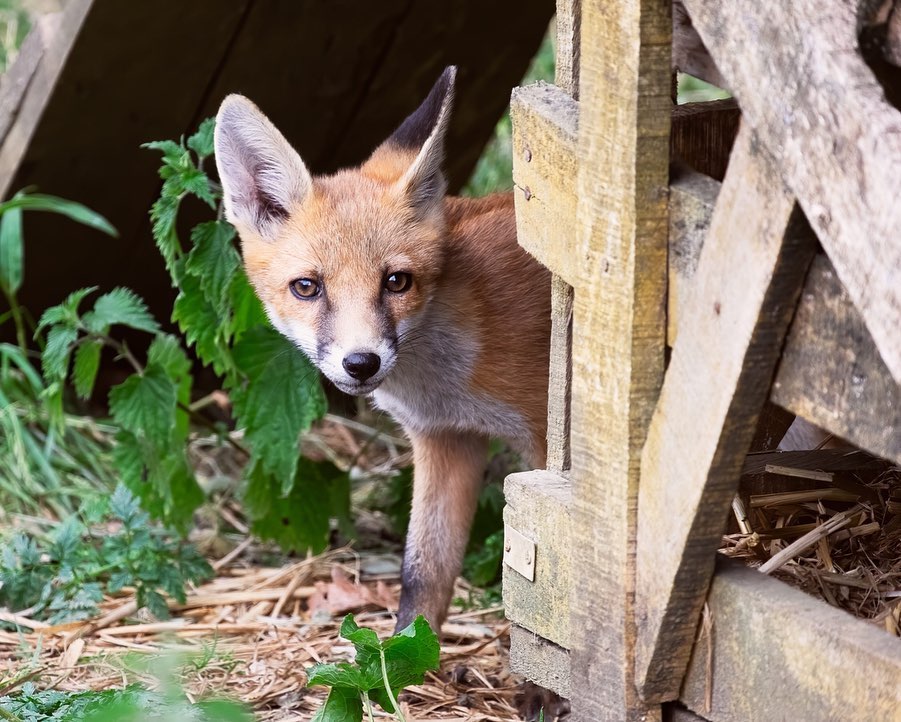 One of the 30 fox cubs pictured in the summer

Those born late can find it hard to build up their fat reserves for hibernation.

Known locally as the Hedgehog Whisperer, former veterinary nurse Annie set up the hospital in 2008.

Now a special needs teacher, she says: “We have 100 hedgehogs in the hospital. We’re 30 per cent up from last year and they’re still coming in.

“They should weigh around 450g to hibernate but these range from just 120g to 350g. If they don’t weigh enough, they will die in hibernation.”

Annie and her team of trained volunteers have been working around the clock to hand-rear the young, which are called hoglets.

She says: “Once they are ready, we’ll release them back where they were found.”

Annie says: “One had got caught up in netting.

“Unfortunately, it had to have its leg amputated. Another was injured by a strimmer. It took five months for its wound to heal but we successfully released it.”

Annie says of the animals’ declining numbers: “If something doesn’t change, we will lose them.”

Dan Jarvis, its welfare development and field support officer, who is based in St Ives, Cornwall, says: “We are seeing a lot more severe storms, meaning injured seal pups are often found washed up on beaches.

“One storm last year saw 70 per cent of the seal population wiped out overnight in some areas.”

With just three staff members, the charity relies on its army of 2,000 volunteers.

Around 90 per cent of its callouts are for seals. 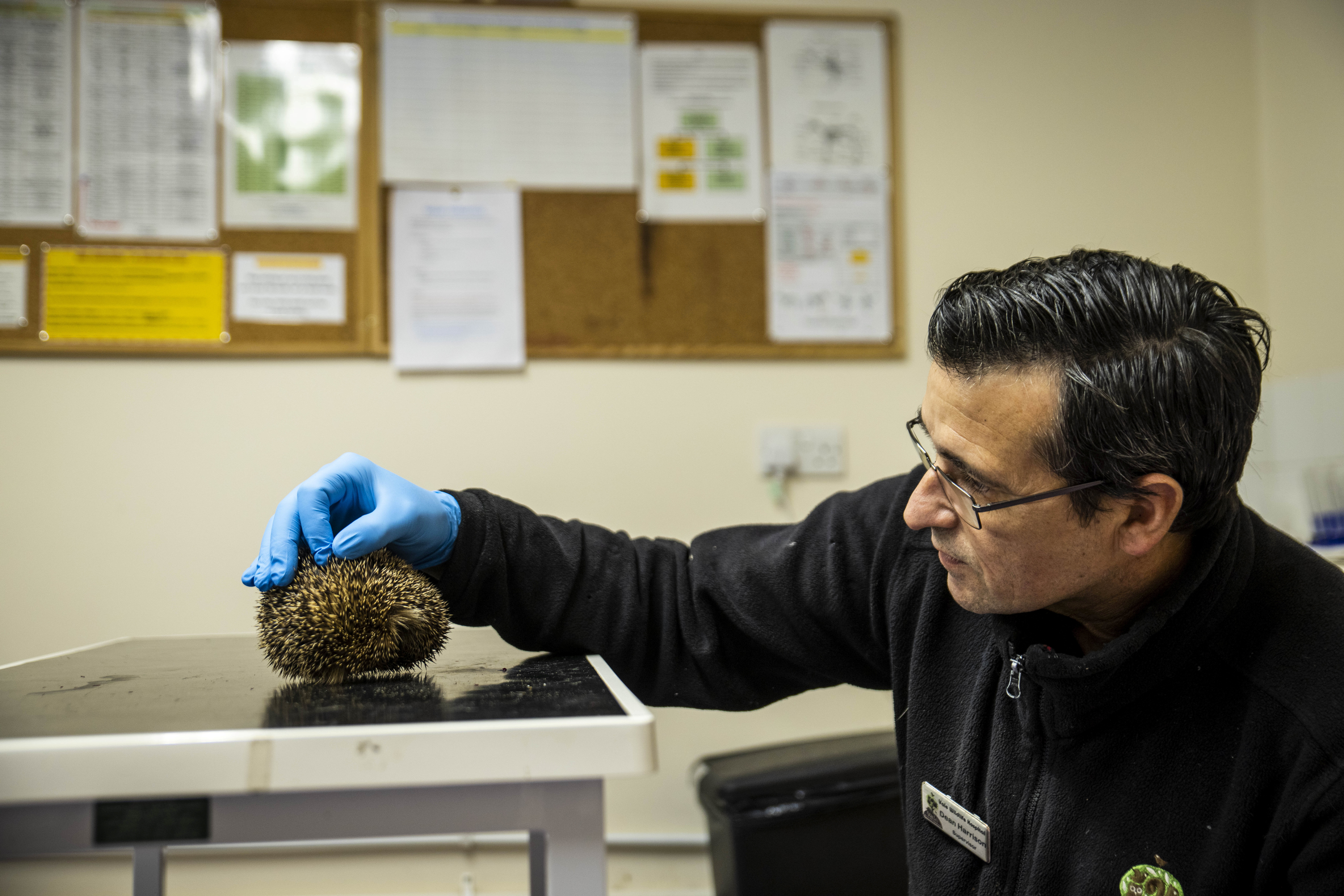 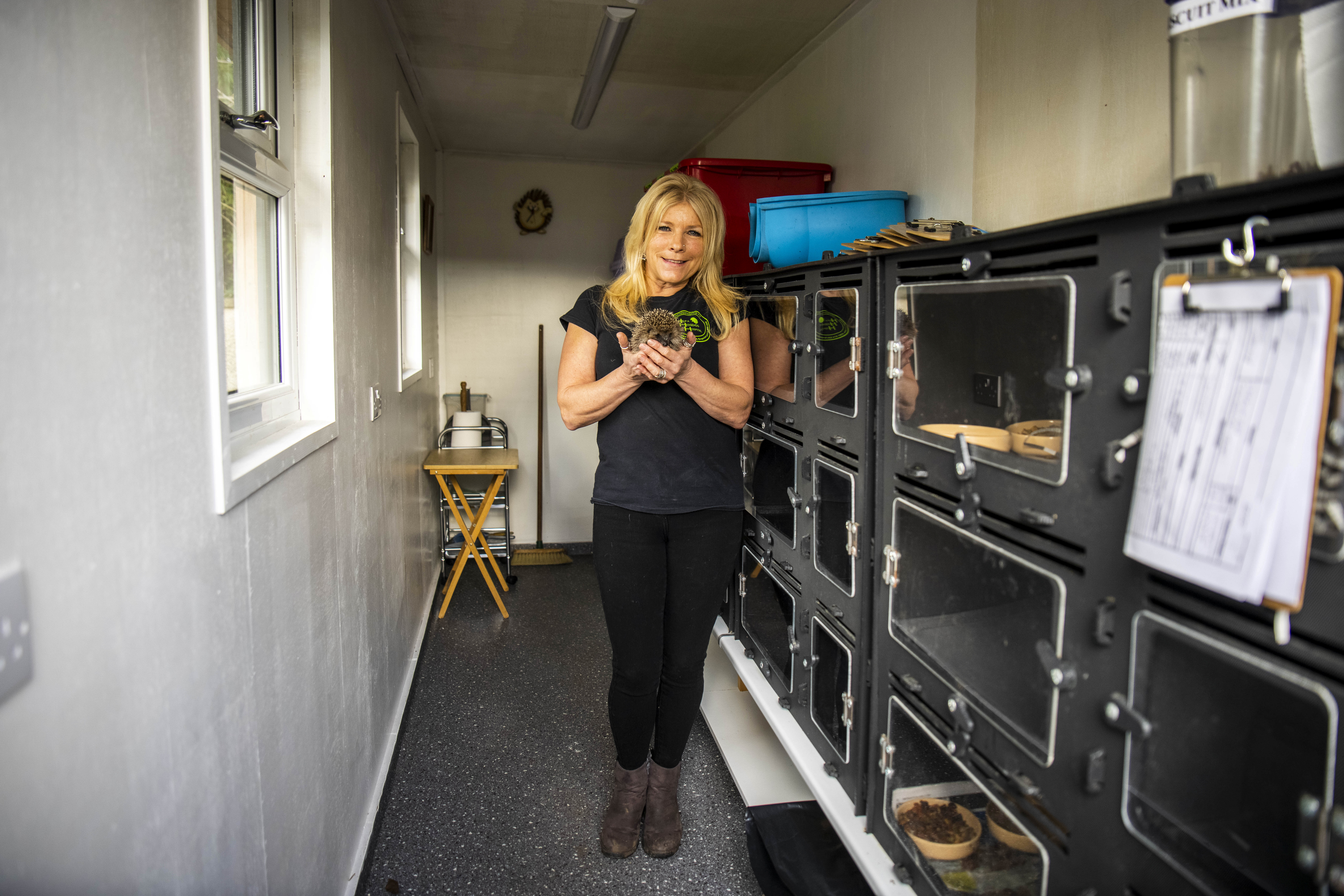 Annie and her team of trained volunteers have been working around the clock to hand-rear the baby hedgehogs, known as hogletsCredit: Jake McPherson

Dan says: “The other ten per cent are usually for whales, dolphins and porpoises.”

But in July there was a more unusual case — a basking shark stranded off Filey, North Yorks.

Dan says: “That is extremely rare. We worked with the Coastguard and the RNLI to rescue it but unfortunately it didn’t survive.”

Another call had a happier ending, and involved an emergency dash to the airport to pick up an injured seal flown in from the Isles of Scilly.

Dan recalls: “One of our volunteers managed to rescue her half an hour before the last flight off the islands to the mainland.”

With the flight taking 20 minutes or so, Dan had to dash to Land’s End Airport to be there to collect the seal.

He says: “Her injuries were so severe that I didn’t think she was going to make it. She was also seriously underweight at 12.5kg. She should have been double that.”

The charity’s vet treated her before she was transferred to the Cornish Seal Sanctuary, where she was named Chips.

HOW YOU CAN BEST HELP

GEOFF EDMOND, an RSPCA inspector and national wildlife officer coordinator, advises on how to help an injured animal . . .

DO – Observe from a safe distance first to see how injured it is. It may not need any intervention.

DO – Call the RSCPA’s 24-hour hotline on 0300 1234 999 for advice. If we think it needs medical attention, an RSPCA officer will be dispatched or we can advise where you should take it, such as to a local vet.

DO – Be careful when handling wild animals. They could scratch you or bite, particularly if they are stressed. Wear gloves.

DO NOT – Try to handle larger animals, such as deer, otters, foxes, swans and geese. Any of these could injure you.

DO NOT – Try to rescue a trapped animal yourself. It could put you at risk. We have specialist equipment.

For more information, go to rspca.org.uk.

Dan says: “She’s doing really well and is due to be released soon.”

He and his volunteers often go to great lengths — and heights — to rescue injured or trapped animals.

One operation involved abseiling down a cliff to free a seal tangled in fishing netting.

Dan says: “We managed to free her but she was too big for us to take back up with us, so we treated her there on the beach and let her go again.”

The team was on hand again when it was discovered that the seal, nicknamed Lucky Bunting, had given birth on a beach that is accessible to the public at low tide.

That raised concerns that disturbance might scare off the mum to abandon her pup. 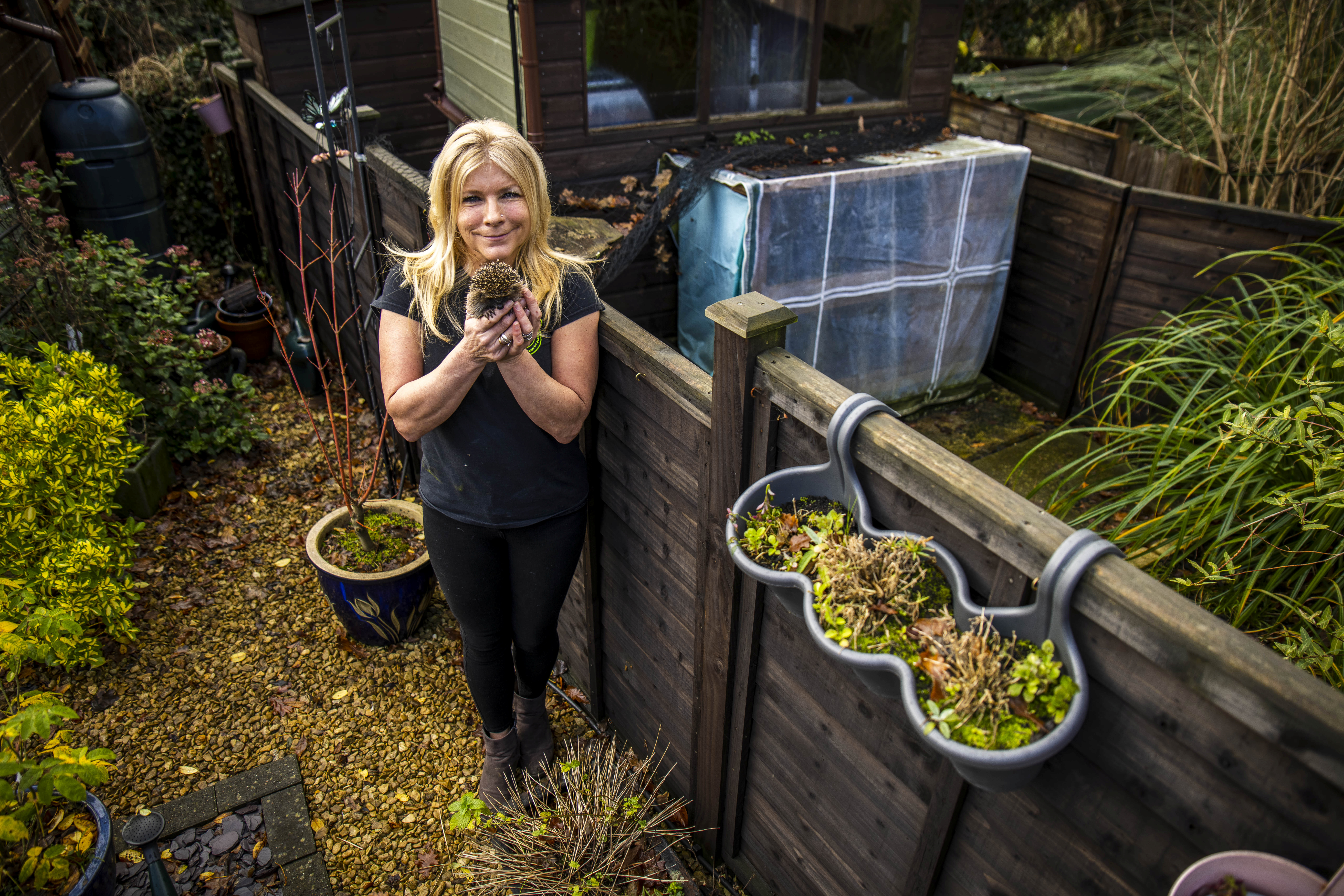 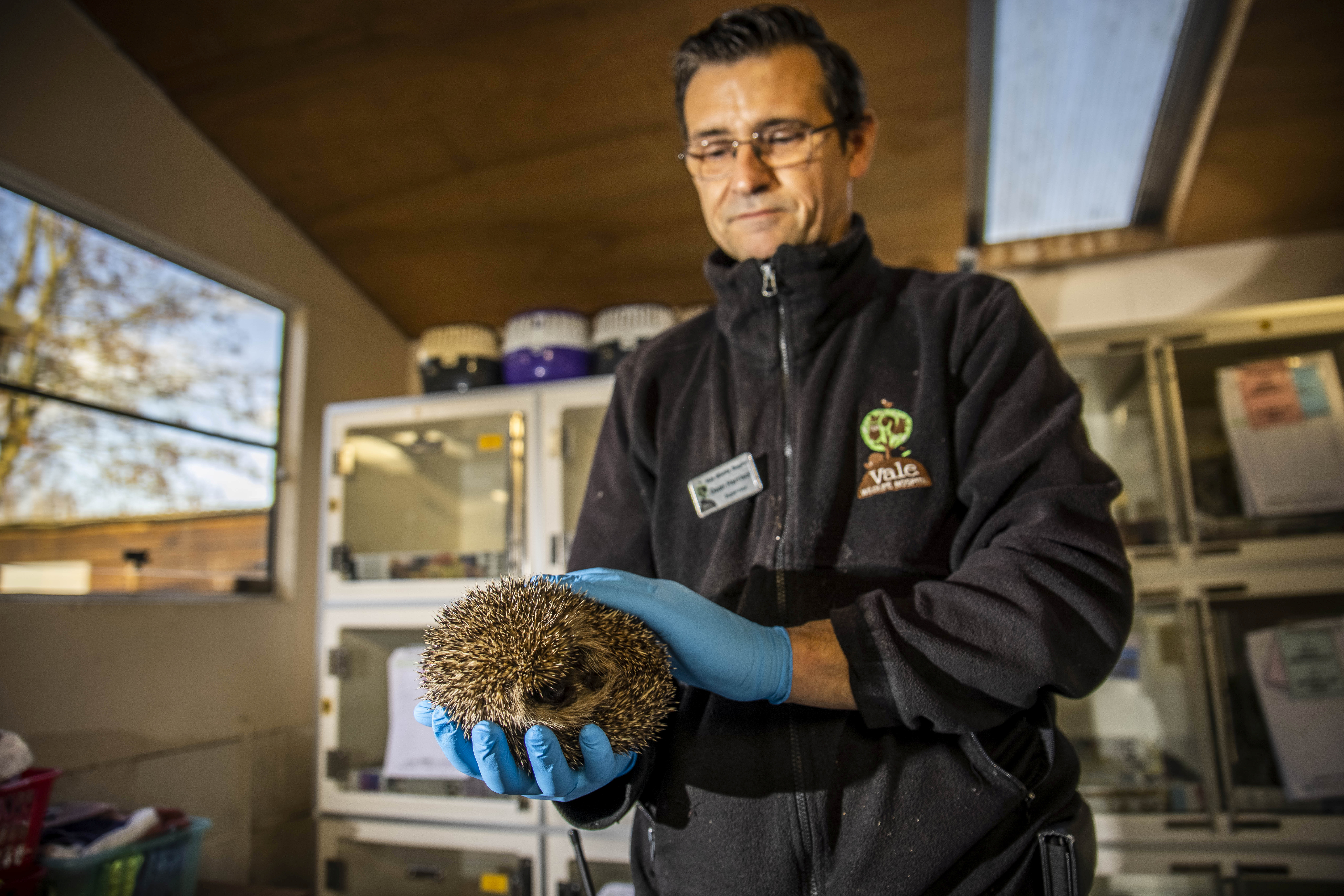 Dean says: ‘People are noticing wildlife more. More people are at home with fewer things to do, so they’re looking out of their windows, out in their gardens or going for walks’Credit: Jake McPherson 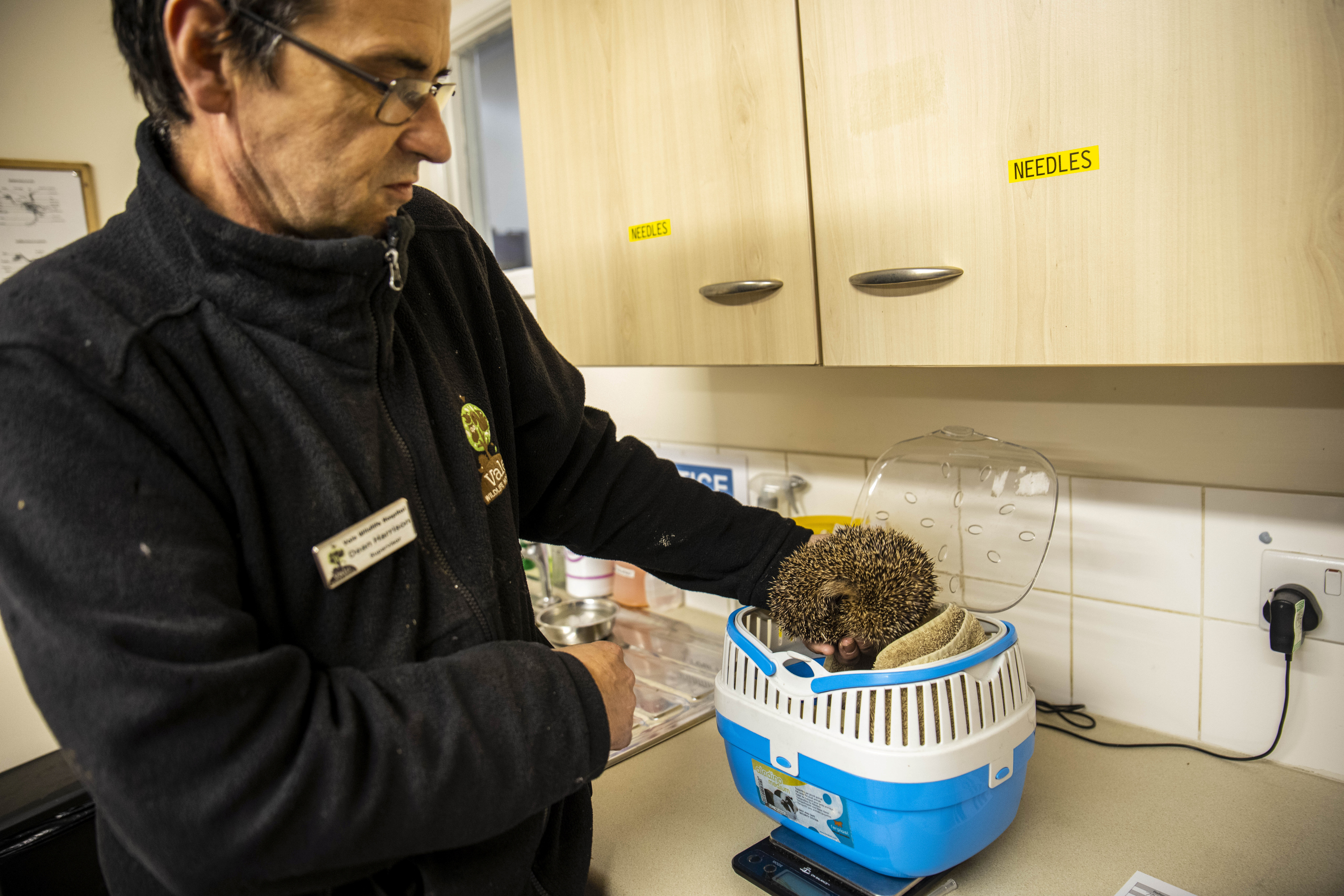 Dan says: “We spent almost three weeks keeping an eye on them, making members of the public aware and asking them to keep a safe distance.”

Their efforts paid off and the mother seal stayed with her pup until it was large enough to survive on its own.