DENVER Broncos star Von Miller is “under criminal investigation” in Colorado just days after he texted his ex-fiance he was “praying for a miscarriage.”

The Parker Police Department is currently investigating Miller, according to TMZ. The allegations against Miller are still unknown at this time. 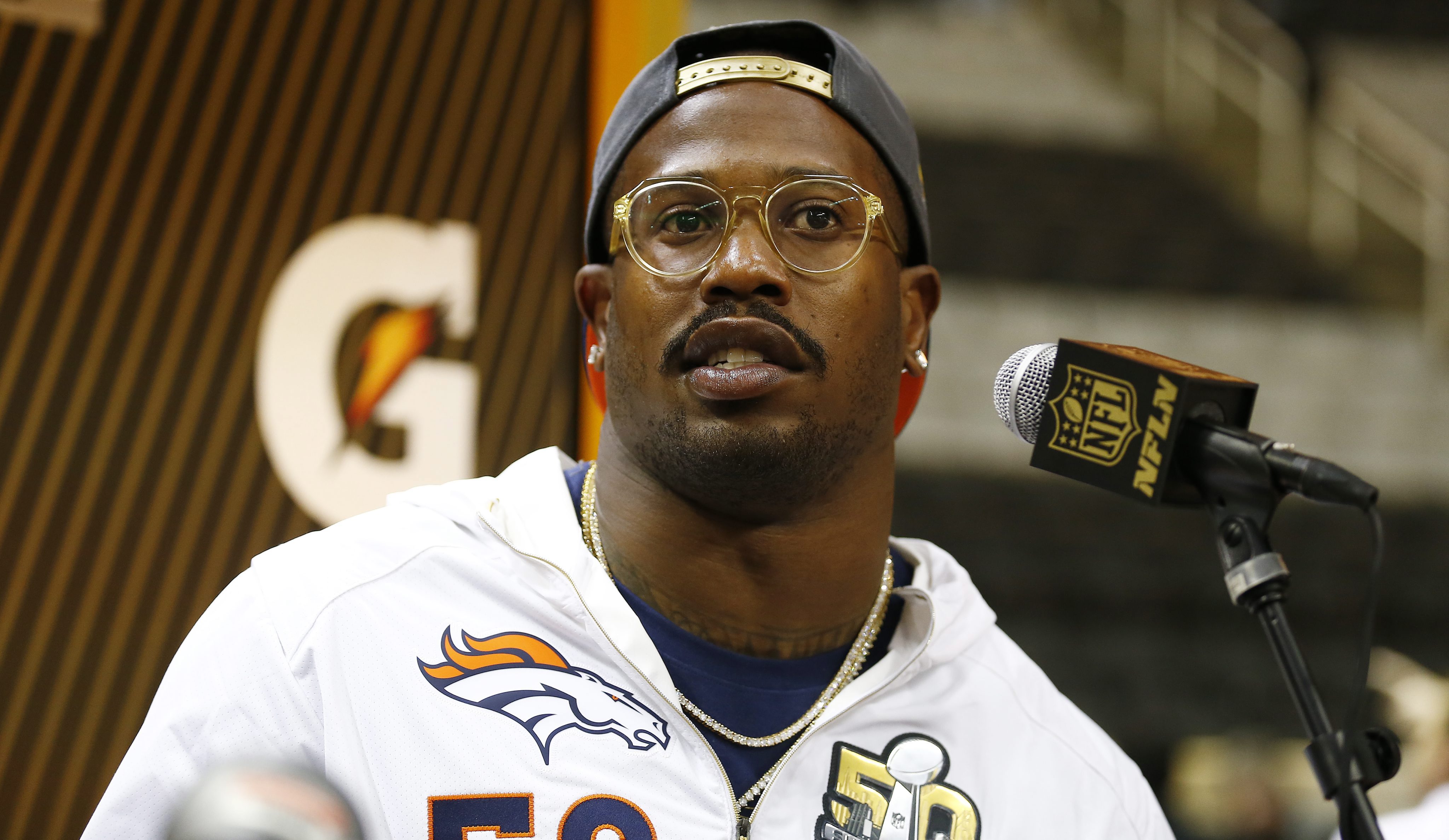 Denver Bronco star Von Miller is under criminal investigation according to TMZCredit: EPA 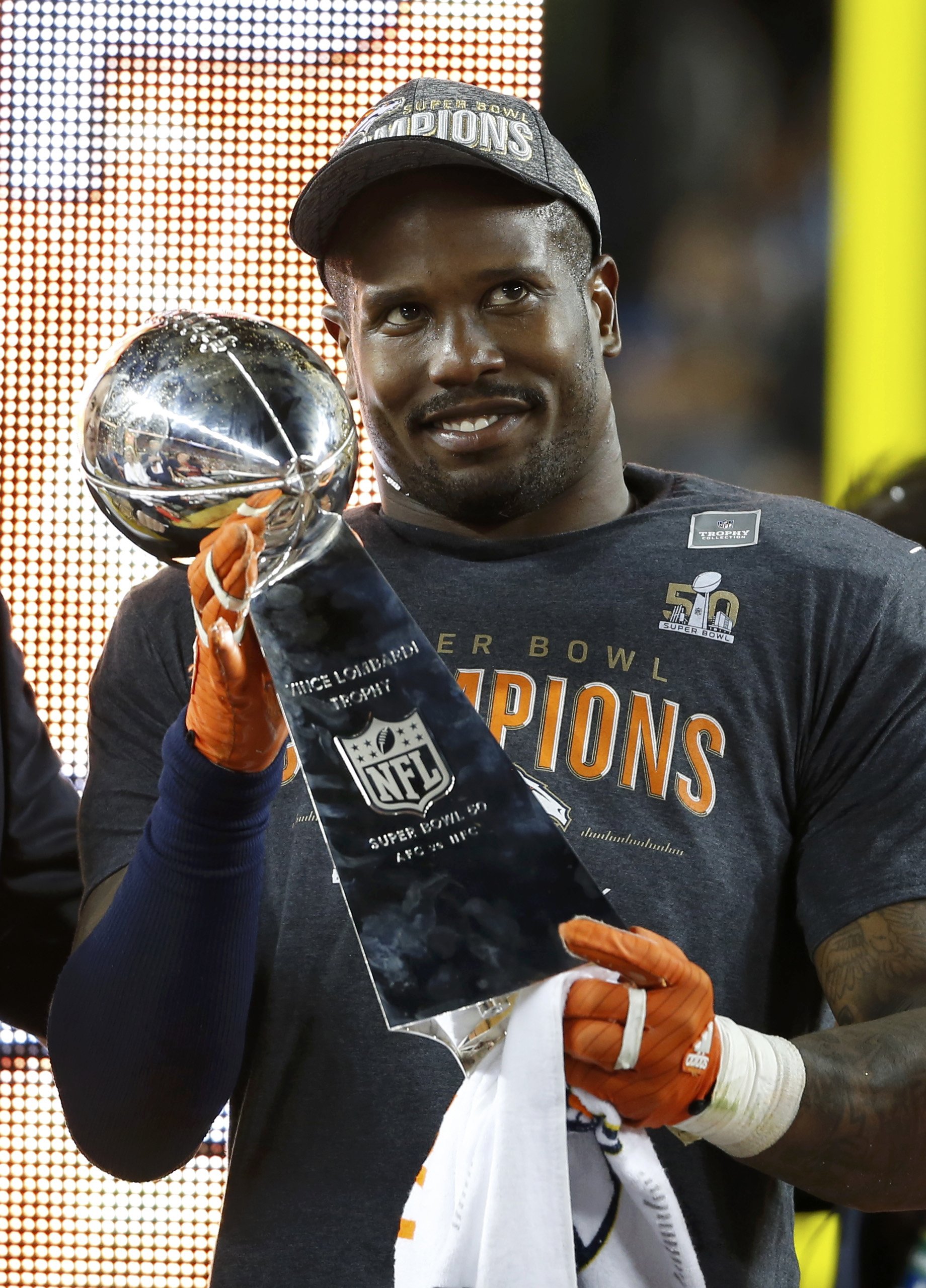 “The case is currently under investigation so no information can be released at this time,” said a spokesperson for the department.

“If the investigation determines a crime has occurred, charges will be submitted to the DA’s office for their review,” they continued, before adding that the allegations just came in “recently.”

The allegations come as Miller, the MVP of Super Bowl 50, recently sent a text to his ex-fiance saying he hoped her unborn baby would be a miscarriage.

“This is the biggest mistake of my life,” he wrote in a text to ex Megan Denise. 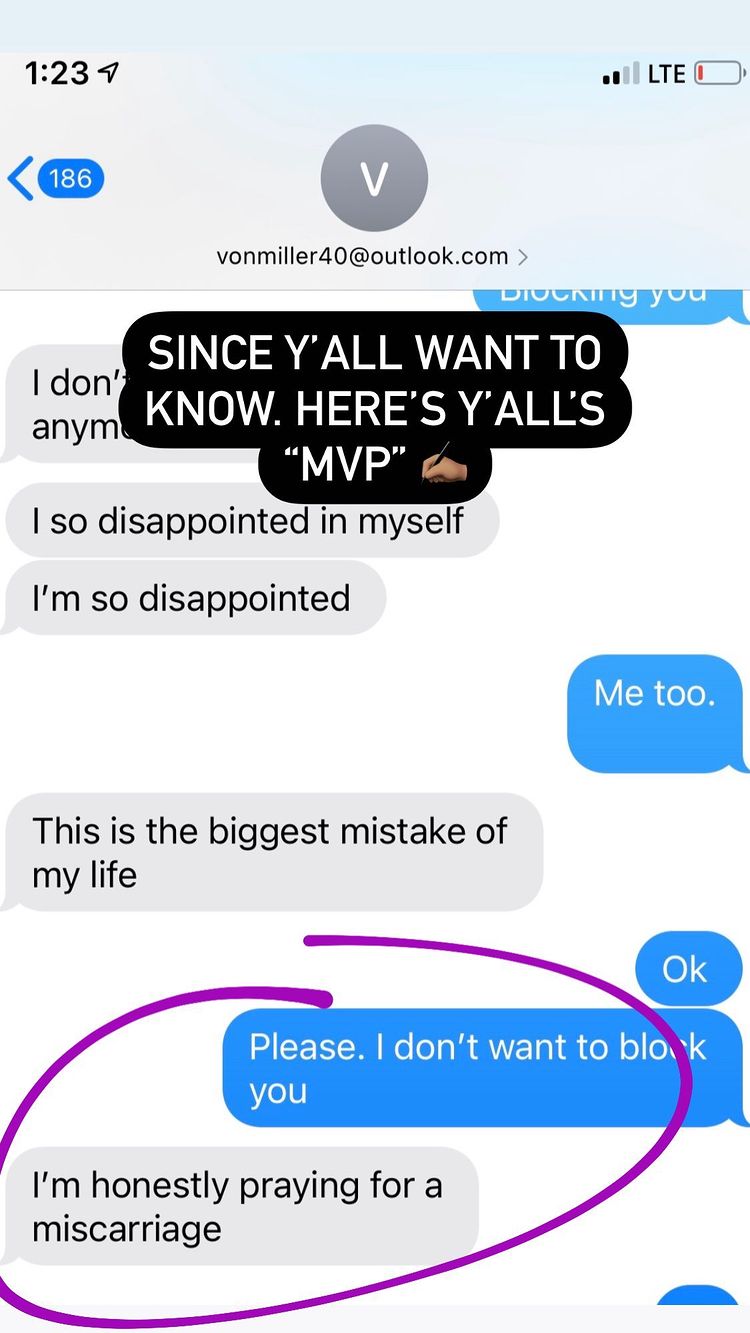 He told his ex-fiance he was “praying for a miscarriage”Credit: Instagram 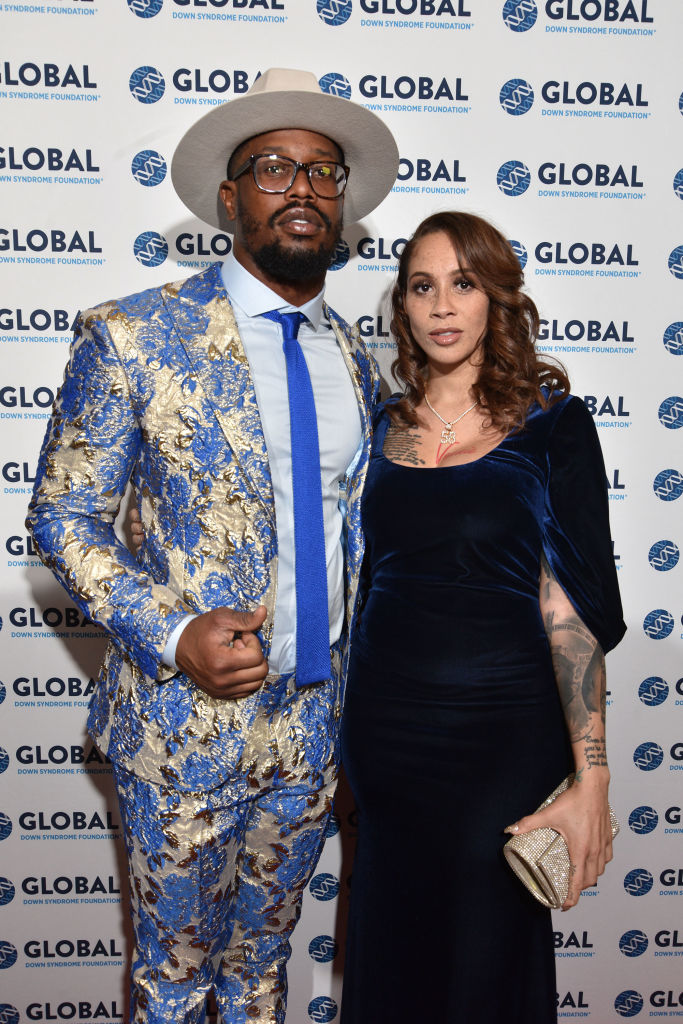 He and ex-fiance Megan Denise have had an on-again-off-again relationship for the last few yearsCredit: Getty Images – Getty

“I’m honestly praying for a miscarriage,” he wrote subsequently.

Miller, who sat out this season after suffering a tendon injury in September, denied the allegations.

He posted and then deleted an Instagram story calling the story “fake news.”

“The reality of somebody leaving you make some people crazy…classic trap,” Miller wrote.

Denise and Miller began dating a few years ago and have had an on-again-off-again relationship ever since.

The Broncos have since issued a statement saying they are aware of the investigation and are looking for more information.

“We are aware of an investigation involving Von Miller and are in the process of gathering more information,” the Broncos said.

The team drafted Miller, 31, in 2011, who is considered one of the best defenders in the NFL.

He has 106 career sacks in only 135 games, and promised to return even stronger after recovering from his injury.

Miller would face league discipline if he was found to have violated the NFL’s Personal Conduct Policy.

Von Miller and Bradley Roby workout with each other