TAMMY ABRAHAM appeared to tell Bukayo Saka to ‘shut up’ after the Arsenal winger’s stunning goal in Saturday’s 3-1 win.

The Gunners ended a long winless run with a clinical display against their London rivals. 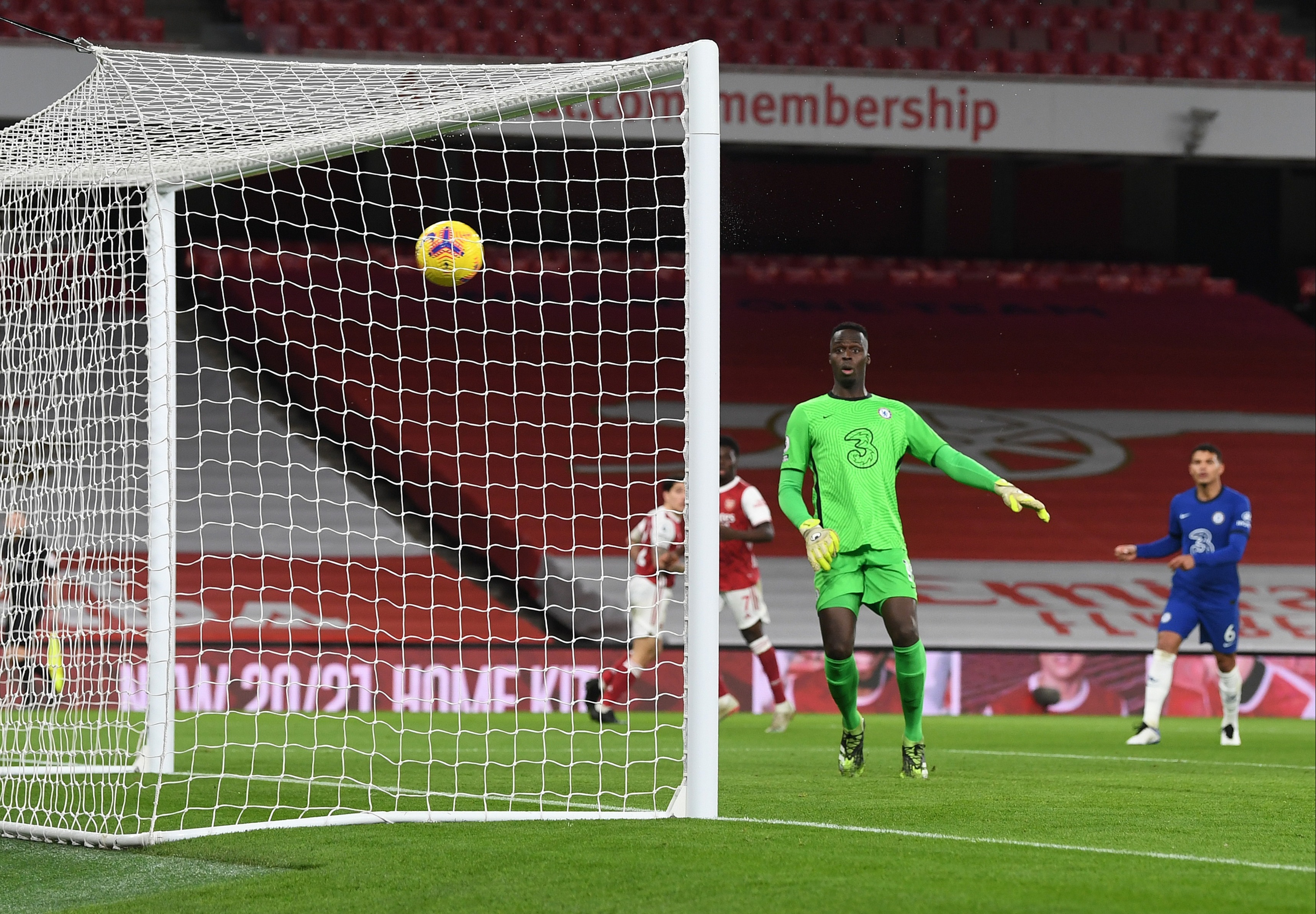 Saka, who at 19 became the second-youngest Premier League scorer in the fixture, sealed the win with a cross-cum-shot that looped over Edouard Mendy.

Whether the winger meant it or not only he knows – and the discussion seemed to irk Chelsea star Abraham at the full-time whistle.

As Saka spoke to team-mate Ainsley Maitland-Niles, TV cameras picked up the Blues forward walking past the pair and muttering some words.

Eagle-eyed viewers reckoned he said: “You didn’t mean it, shut up man.”

The naturally frustrated Abraham then continued to walk off as his England colleagues shared a cheeky chuckle.

Saka has since claimed the strike was what he intended, telling Sky Sports reporter Geoff Shreeves he ‘of course’ meant it as he walked through the Emirates Stadium mixed zone.

The youngster later tweeted with a winking face: “Saw him off his line!”

That comment drew a reply from another England team-mate, Aston Villa’s Jack Grealish, who joked that he did not believe Saka for a second.

Arsenal fans were able to revel in their star man’s performance on Boxing Day whether he meant to score their third goal or not.

First-half strikes for Alexandre Lacazette and Granit Xhaka sent the Gunners on their way to a first domestic win since November 1.

The victory significantly eased any looming relegation worries and set Mikel Arteta up well for crunch trips to Brighton and West Brom.

And Saka’s performance on the right wing was a genuine highlight with Sky pundit Gary Neville naming him the man of the match.

The ex-defender said: “Absolutely loved his performance, scored a goal at the beginning of the second-half.

“Absolutely outstanding playing off that right-hand side.

“He’s mainly had a defensive role in the second-half after that goal but he’s done it well.

“We haven’t seen anything of [Ben] Chilwell and that’s down to him.”

Saka told BBC Sport post-game that the win was a long time coming after a ‘tricky’ and ‘unlucky’ spell for Arsenal.

It’s been tricky, tough, but we have come out of it and we are trying our best.

He stated: “We feel that we are a good team who have been unlucky with results and red cards but this is a big one for our confidence.

“It’s been tricky, tough, but we have come out of it and we are trying our best.

“We grew up with each other, the young players all want to play and have the passion for this club. We want to make the fans happy.”

On the goal, he remarked: “I saw him off his line so I thought I could chip him.”