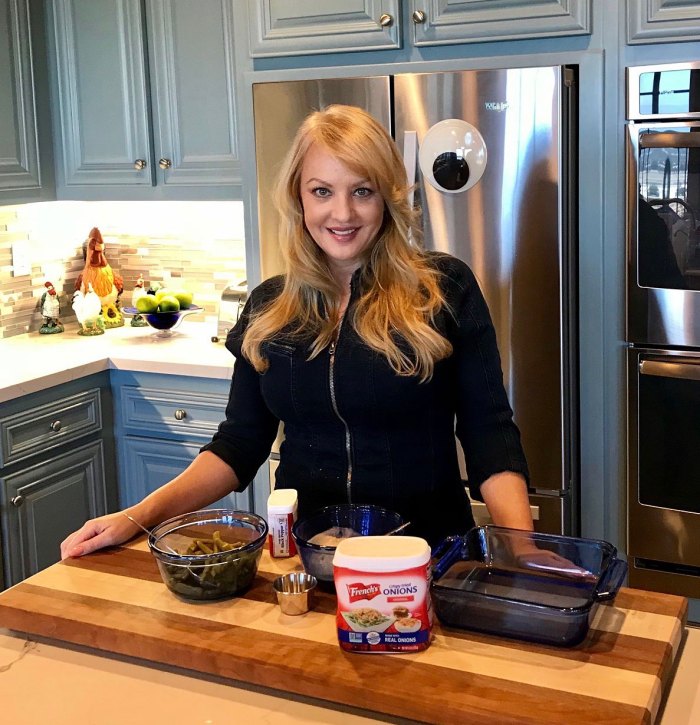 If Beverly Goldberg is overbearing on a normal day — imagine when the holidays arrive. The high-strung matriarch on The Goldbergs is always ready to rock a festive sweater and smother her kids (as usual) to celebrate the season.

Wendi McLendon-Covey has been playing the beloved TV mom on the ABC comedy, which is currently airing its eighth season. Since its 2013 debut, the series has aired several holiday episodes.

“I love our Thanksgiving episode when Murray’s brother comes to town because he’s always trying to get people involved in one of his multi-level marketing schemes,” McLendon-Covey, 51, exclusively told Us Weekly. “He’s always asking for money. He’s just a disaster. And we all have that relative, you know? Or groups of relatives. And then we started inviting Pop Pop, which is Murray’s dad. He’s just a bitter old man played by George Segal. When that side of the family comes it’s that beautiful contradiction between the loving family and the side of the family that’s full of bitterness. Again, everybody has those people.”

Although some of their parties have ended in disaster, McLendon-Covey has always appreciated when an episode ends with “a nice resolution.”

“There’s always some kind of heartbreaking bit of information that comes out after all the comedy. So I love those episodes so much,” she explained. “They are fun for us to film and they are fun to watch later around holiday time because they are so relatable.”

Celebrities Who Are Great at Gift-Giving

She added: “But there was also another one where Beverley tries to make a Super Hanukkah and compete with the Super Christmas neighbors across the street. And it ends up with a fire and a burning Hanukkah bush in the yard. That was fun too.”

The Bridesmaids actress stars on the sitcom alongside Jeff Garlin, Sean Giambrone, Troy Gentile and Hayley Orrantia. The cast and crew have been back on set amid the ongoing coronavirus pandemic, but have been taking precautions while filming on set. 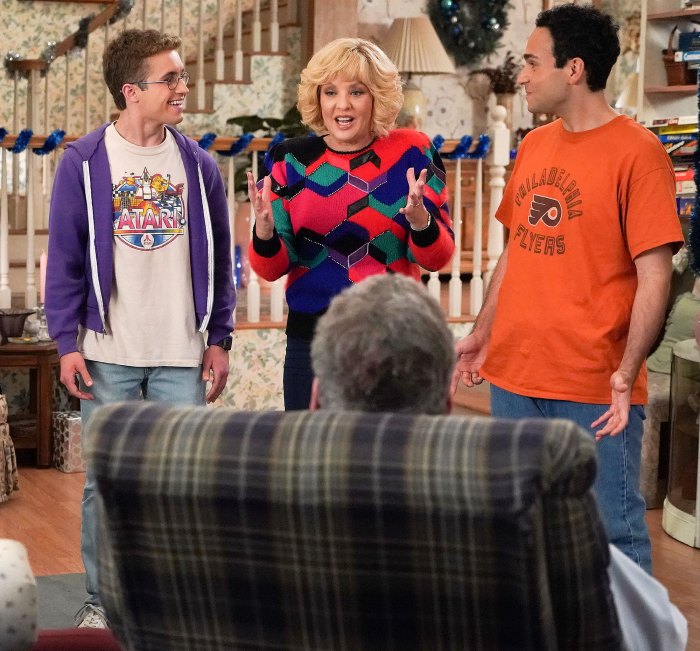 Sean Giambrone, Wendi McLendon-Covey, and Troy Gentile during ‘Hanukkah On The Seas’ episode of ‘The Goldbergs.’ ABC/Richard Cartwright

Although the holidays will look different to most this year, the stars usually don’t celebrate together anyway.

“I don’t have a good reason for that other than just we don’t always see each other during the week. We have A and B stories so sometimes I’ll work entire weeks without seeing Troy and Hayley,” McLendon-Covey told Us. “But as far as my own holiday traditions what I like to do is decorate for Christmas the day after Thanksgiving. And my husband [Greg Covey] knows this so he doesn’t even have to be asked. He just goes to the storage space and gets out all the decorations. And last year — because he is such a prince — he hung the lights without me even being there. Now that is love. He knows he’s going to have to do it sooner or later so he might as well do it. So we do that and while I decorate the tree I watch National Lampoon’s Christmas Vacation.”

The couple usually have Thanksgiving lunch with her mom and then meet up with Covey’s mom for dinner. “We pace ourselves and we eat twice, which is delightful. It’s just a day of all bets are off diet-wise. And they just like doing it. It is insane to do and they’re used to doing it and I don’t want to take that away from them. And they have their set ways,” she added. “And you know what else is weird? They don’t let anybody help. It’s like, ‘No, this is my kitchen and my domain. This is how I’m doing it and get out.’ It’s taken a long time for them to even allow anyone to bring a side other than bread or dessert or something that is easy that you just pick up somewhere and don’t have to really cook.”

Luckily, French’s Crispy Fried Onions and Green Bean Casserole has become a staple in McLendon-Covey’s household. And they allow her to bring it!

“I genuinely love French’s fried onions. Like, it is a problem at my house. So I know that if I’m gonna buy them for a recipe I just need to buy twice the amount because they are going to be eaten by me or my husband or my husband’s friends. You just snack on them,” she told Us. “I have never cooked an entire Thanksgiving dinner because my mom won’t allow it and neither will my mother-in-law. They like to do it. So I can though bring a side, right? And this is a pretty bulletproof side that is also insanely delicious and a tradition. Don’t tell me you’re having Thanksgiving if it doesn’t include this. I believe that the pilgrims ate this casserole.”

She added: “It’s hard for people to get out of their comfort zone and bring something to such a loaded traditional dinner. But this is an easy one to bring.”

The Goldbergs airs on ABC Wednesdays at 8 p.m. ET.