Which fruits and vegetables to plant during the year, month by month

During the first week of January – as productive as we want to be – we’re still a little sluggish from the festive break, as we come to terms with back-to-work anxiety and new healthy eating routines.

By the second week, the dust has settled and we finally feel in the mood to get more organised for the year ahead.

If you’re planning on being a little more eco-friendly in 2022, growing your own fruit and vegetables is a great way to become more self-sufficient and improve your horticultural knowledge.

So whether you’re a green-fingered enthusiast or a gardening newbie, there are a number of ways to make the most of whatever outdoor space you have – and reap the rewards of home-grown produce throughout the year.

‘Whether you’ve got a lot of space or a little, everyone can grow something to eat, with a bit of effort and know-how,’ says Holly Tyers, who runs Can I Dig It? – a business that helps new gardeners get started growing their own veggies.

Holly has put together a comprehensive guide, detailing which fruits and vegetables to plant throughout the year – starting now. 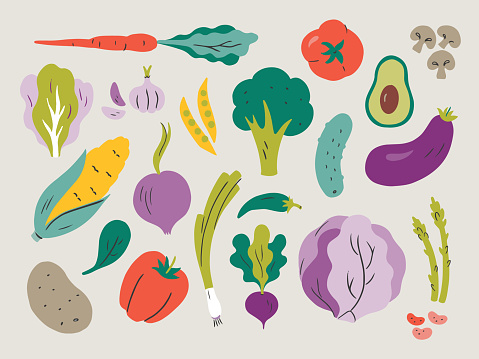 Some of the goodies you can grow (Picture: Getty Images)

‘Step away from that seed packet. Not even joking here. Daylight hours this month are short and seedlings need light to thrive,’ says Holly.

Instead, use this time to plan out your growing space. But if you do have an urge to get planting, Holly suggests the following…

‘Why not plant some rhubarb or fruit trees instead? As long as the ground is not frozen or waterlogged, now is a good time – while they are dormant,’ she adds.

Holly says: ‘Ok, let’s get our skates on. Dust off the propagator and get some chillies and aubergines started.

‘They both have super-long growing seasons and need heat to germinate, so get cracking. You can also sow some onion seeds now and they’ll be ready to plant out in April.

‘If you’re partial to a bit of cauliflower cheese (who isn’t?), you can get the seeds underway now, too.’

After a long and cold winter, March brings longer days with it – so Holly says this is the month seed-sowing can go into overdrive.

‘Tomatoes are an absolute “must,”’ she adds. ‘If you’ve only ever tasted dull supermarket tomatoes, you’ll be bowled over by the taste of the ones you grow. Seriously – sow loads.

‘Much of your sowing this month will be indoors or under cover, but there are some hardy seeds that don’t mind the cold to germinate outdoors. We’re talking parsnips, broccoli and kale – but they’ll need some protection from chilly nights.’

Spring has sprung in April so the soil is warming up, explains Holly.

She adds: ‘You can sow carrots, beetroot and swede outdoors now, as well as lettuce and salad leaves such as spinach and rocket, but watch out for frosts.

‘Start sweetcorn indoors this month. Forget the tinned stuff, fresh corn is a taste sensation but it needs a long growing season. If you don’t sow it this month, you’ll miss the tasty boat.’

You can also turn your attention to some fruit in April.

Holly continues: ‘You can get fruity by planting strawberries and blueberries this month. They need little care and the flavour of the fruit you’ll harvest will knock your socks off.’ 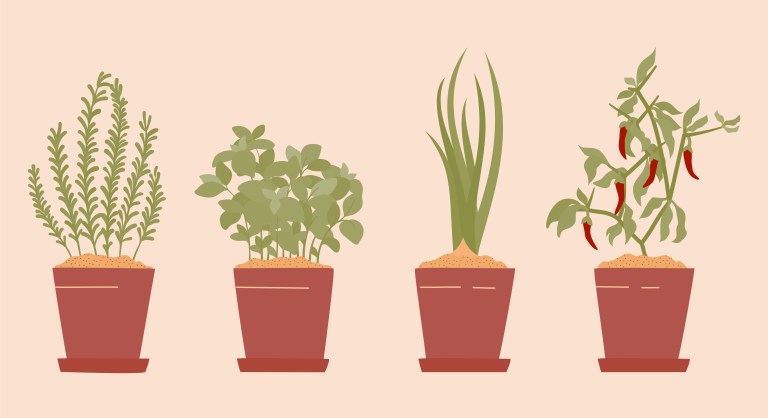 May is the month to think about festive vegetables and herbs (Picture: Getty)

It might only be May, but it’s time to start thinking about winter veggies – and festive veg in particular.

‘Are you a Brussels sprout lover or hater? If you want some for Christmas dinner, this month is the latest to sow sprouts. We’re also in the last chance sowing saloon for winter cabbages and cauliflower,’ adds Holly.

‘Peas and mangetout can also be sown outdoors now. I sow one for me and one for the mice, because they just love digging up pea seeds. If you don’t get any stolen by mice, then happy days.’

Holly also suggests making some time (and space) to grow herbs this month.

She says: ‘Not only will their flowers bring essential pollinating insects to your patch, but they can transform the so-so dinner into a culinary masterpiece. Try coriander, rosemary, basil, parsley and borage.’

A gardening expert has previously us more about growing your own Christmas dinner here.

Now it’s time to turn your attention to spuds – amongst other autumnal veggies.

Holly says: ‘There are lots of opportunities during the season to plant potatoes, but if you bung them in now, they’ll be ready in three months and should store well into winter.

‘You can now be sowing courgettes, pumpkins and squash outdoors.

‘Courgettes are productive on an epic scale. One or two plants will provide all you’ll need. Five or six, and you’ll be heaping them on your neighbours, friends and strangers on the train.

‘Also, why not try some fennel? It’s a fortune to buy in the supermarket and you can sow it outdoors towards the end of this month.

‘You can sow French beans this month, too. These plants are real troopers, providing amazing quantities of beans – and the more you pick, the more they produce.’

By July, Holly explains that we are past the sowing peak of the season – but there’s still plenty of growing time left in the year.

‘Keep going with salad leaves and lettuce and you’ll be eating salads all year round,’ she adds. ‘Just make sure they’re watered regularly, or they’ll quickly stop making leaves and go to seed.’

‘It’s easy to grow and will last well into winter. You can use the stalks in soups and stews and the leaves like spinach or cabbage,’ she continues. 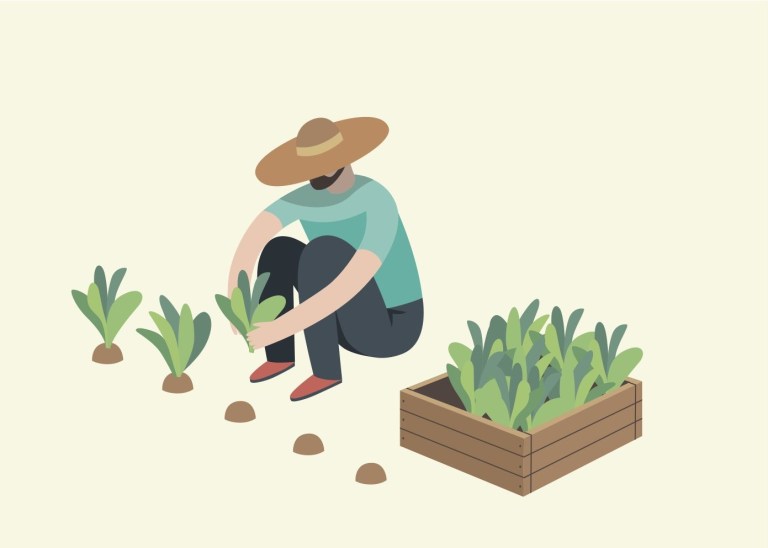 The main focus of this month will be on harvesting, but it’s also a great time to sow cabbages that will be ready in the spring.

Holly says: ‘Also give some Kohl Rabi a go. It’s a fast-growing member of the cabbage family and can be eaten raw or cooked.

‘If you’ve grown coriander, let the plant go to seed and you’ll be able to harvest them to use in cooking, or as seed for next year.’

There’s not much sowing that can be done as we head full-steam towards autumn, stresses Holly.

She says: ‘The exception to this is some winter lettuce and salad leaves such as rocket and mizuna, as well as spinach.

‘If you’ve grown strawberries this year, you’ll have plenty of new plants from the runners the plant sends out after fruiting. Get them planted now and they’ll be established in time for next year.’

Days are getting shorter as we head into autumn, but it’s a good idea to think ahead to next year.

Holly says: ‘You can sow broad beans now or next month for overwintering, (when plants wait out the winter season), as well as hardy pea varieties.

‘If you have the space, autumn is a great time for planting raspberry canes, or fruit bushes like blueberry or gooseberry. It allows them time to get established for the spring.’

‘The old adage for growing garlic is to plant on the shortest day and harvest on the longest. Stick the cloves in the ground now and the longer they’re in the ground, the fatter bulbs you’ll germ,’ Holly adds.

She also recommends heading to your local garden centre and buying some onion sets.

This is because they will happily tolerate the winter weather, so you’ll have earlier onions than if you had planted them in the spring.

‘It’s tumbleweed time on the veggie patch this month, as far as sowing and planting goes,’ stresses Holly.

‘Sit back, relax and reflect on how brilliantly you’ve done with growing your own veggies.’

If you are keen to plant one thing this month, let it be rhubarb.

Holly adds: ‘Despite the weather being cold, wet and possibly snowy, this is a surprisingly good time to plant rhubarb – it’s hard as nails and loves the cold.

‘You can plant it now, as long as the ground is not waterlogged, although you’ll need to leave it a year before harvesting the stalks.’ 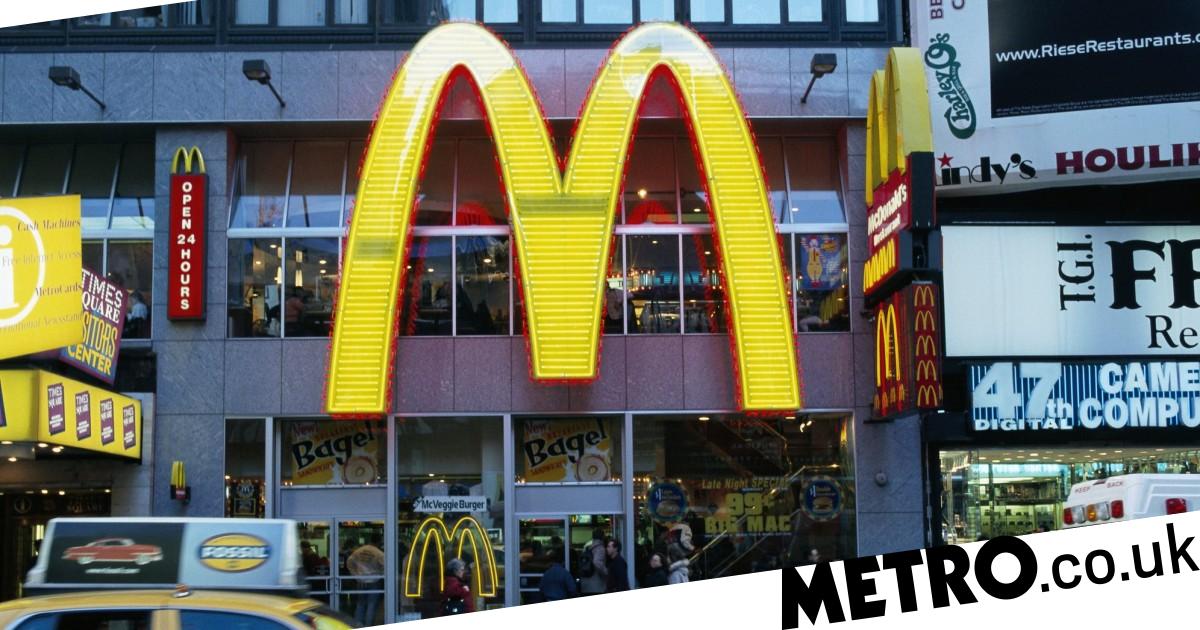 This is not a drill (Picture: Getty Images)Brace yourself fast food fans, McDonald’s is getting rid of two staple items...