Why does growing rice produce methane and should we eat less?

As the world becomes increasingly concerned with the effects of climate change, more and more of us are thinking about the ways we can change our lifestyle to help the planet.

Be it cutting out the use of single-use plastic, or eating less meat, many are looking for ways to reduce their carbon footprint.

When it comes to food production, you may be surprised to learn that rice farming can be as damaging to the environment as air travel.

This is because methane is produced during rice farming – and as the grain is widely consumed across the world, its contribution to global warming is quite a significant one.

But why does rice farming produce methane, and should start eating less of it?

Why does growing rice produce methane? 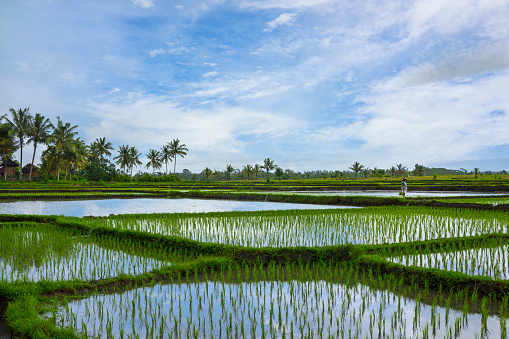 Rice is grown in paddy fields, and in order for the grain to flourish, these fields need to be flooded.

The amount of water needed ends up blocking oxygen from getting to the soil, which creates the perfect conditions for bacteria that release methane.

Methane contributes to global warming because it is very effective at trapping heat in the atmosphere.

Although its lifespan in the atmosphere is relatively short compared to other greenhouse gases, it is more efficient at trapping heat than other gases.

When the soils are drained following flooding, another set of microbes that like intermediate levels of oxygen in the soil are activated, which releases another powerful greenhouse gas called nitrous oxide.

Nitrous oxide – commonly known as laughing gas – is another gas that traps heat and radiation that would otherwise leave Earth’s atmosphere.

About 25% of the global climate pollution comes from methane and nitrous oxide emissions.

Rice is grown in more than a hundred countries, with over 700 million tons produced annually.

The sheer amount of rice produced a year is why the widely consumed grain is such a significant contributor to global warming.

Should we eat less rice? 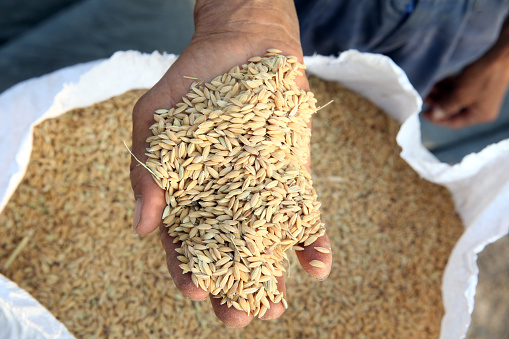 Rice is grown in vast amounts across the entire globe (Picture: Getty)

No, it is not necessary to stop eating rice – for many, the grain is essential as a staple food source, and for funding their livelihood.

Ricepedia, an agriculture research organization, states that about 3.5 billion people get at least 20% of their calories from rice.

But the farming can be improved, as Dr. Kritee Kritee – a climate scientist who has published studies on the climate impacts of rice – told Metro.co.uk.

She explained that instead of focusing on eating less rice, the attention must be on giving ‘rice farmers the right advice and incentives at the right time so that they add only as much water or fertilizers as the rice plant needs.’

Science has shown that there is a way to help rice farming become more sustainable, without having a negative impact on farmers livelihood.

‘Multiple governmental, non-governmental, research and agri-business organisations across the world now understand that the business-as-usual ways of growing rice are not sustainable’ said Dr. Kritee.

Many countries that farm rice have already started to make changes to the way they operate.

‘Among other environmental impacts, all major rice-producing countries have either already committed to reducing climate impacts of rice cultivation or are seriously considering their potential commitments.’

‘What is needed going forward is the flow of sufficient financial resources to on-the-ground organizations that have the cultural competence and scientific capability to bring the right advice to farmers at the right times.’

IT’S time we saved our bacon sarnies – from getting too posh. On his new TV show, French chef Raymond...