ACNE sufferers are raving over a “life-changing” vitamin – which they say cleared their skin in just a month.

Aussie nutritionist Jessica Sepel is the brains behind JS Health Vitamins – and her Skin + Digestion Formula is causing quite a stir among those with problem skin. 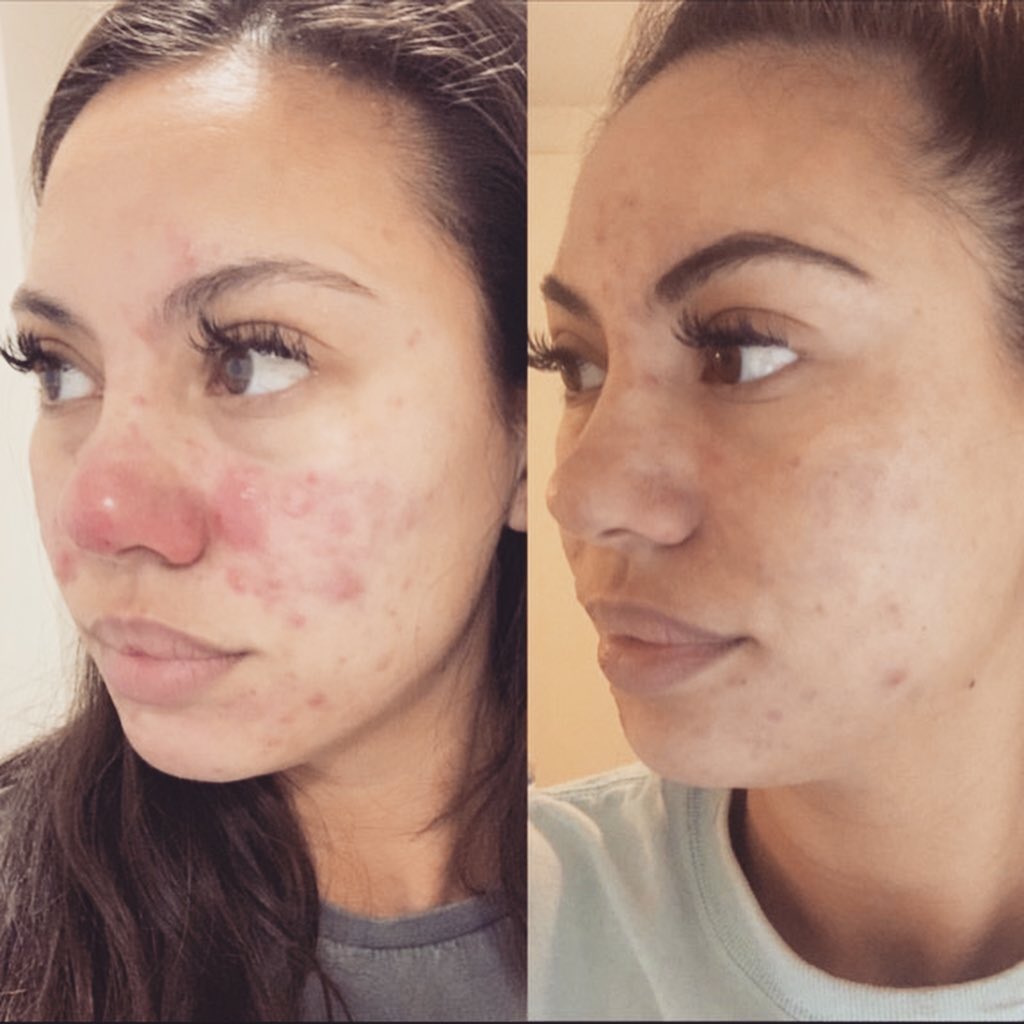 This woman showed off the impact the vitamins had on her cystic acne in just one monthCredit: Instagram 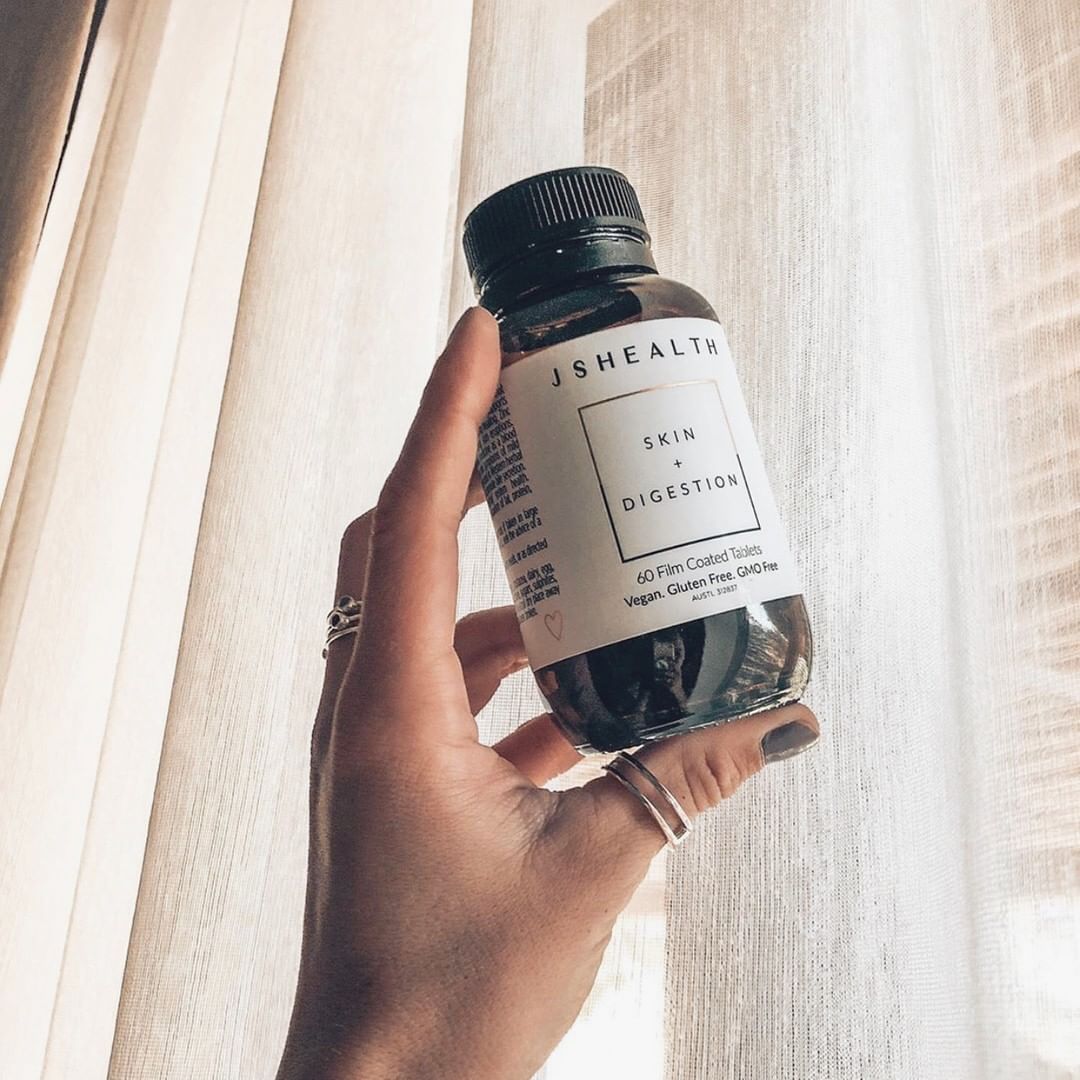 One happy customer said she had “no idea how to stop” her cystic acne now – and was “beyond amazed with the results” after just four weeks.

A second lass gushed: “Just wanted to say thank you for making a product that actually works!!

“I work in the makeup and skin care industry so was trying some really expensive stuff to fix my hormonal cystic acne and nothing was working for months!!

“Have been taking your vitamins for about a month now and I’m honestly so pleasantly surprised ! I have my confidence back.”⠀⠀⠀ 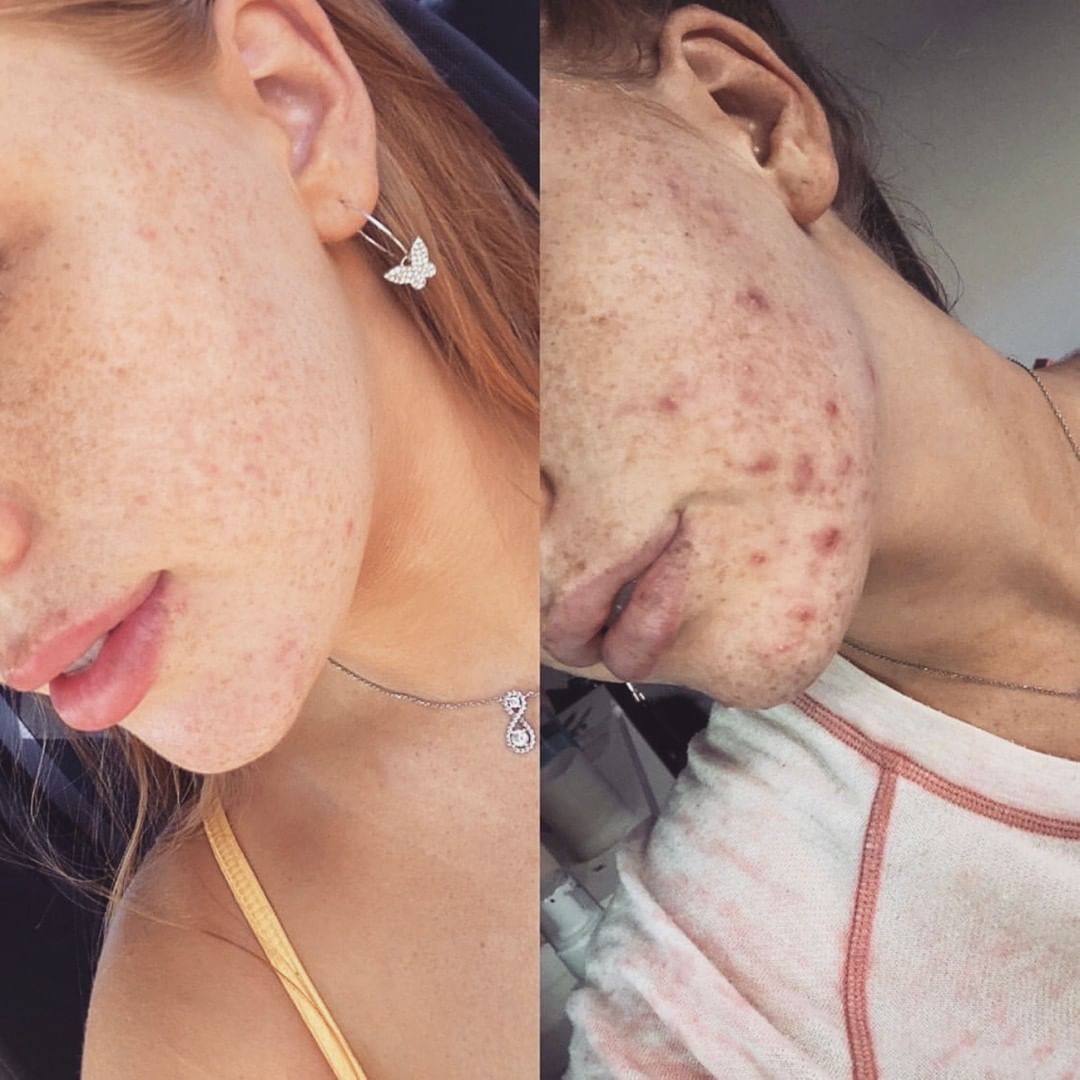 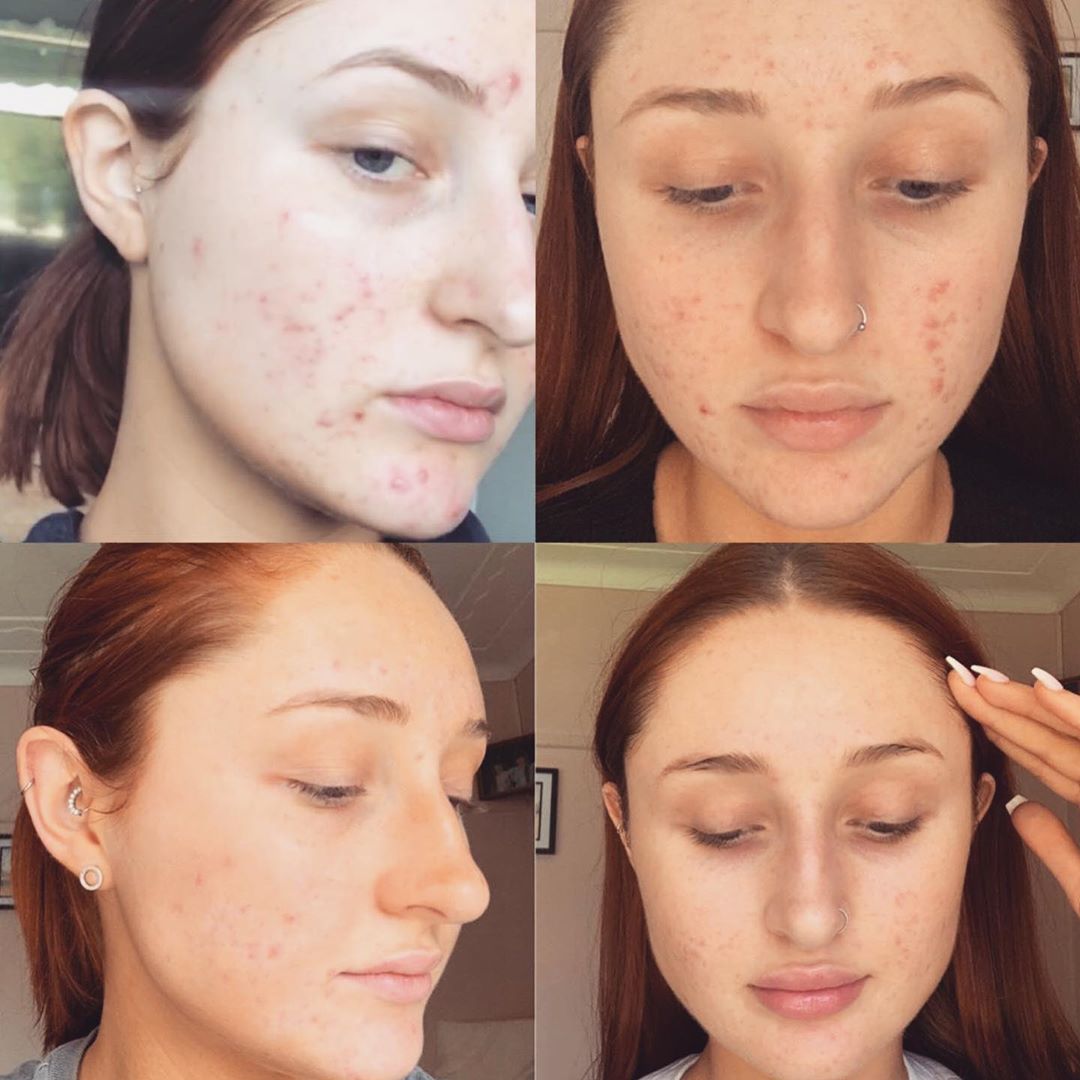 Another customer said she was ‘over the moon’ with the resultsCredit: Instagram

While a third said: “I’ve always been super sceptical about vitamins for my skin as several pills and acne medications gave me no luck, but I can honestly say I’m so pleasantly surprised.

“Almost 3 months on skin and digestion and I only ever get a naughty food or hormonal period breakout!!! Over the moon with how these have changed my confidence”. 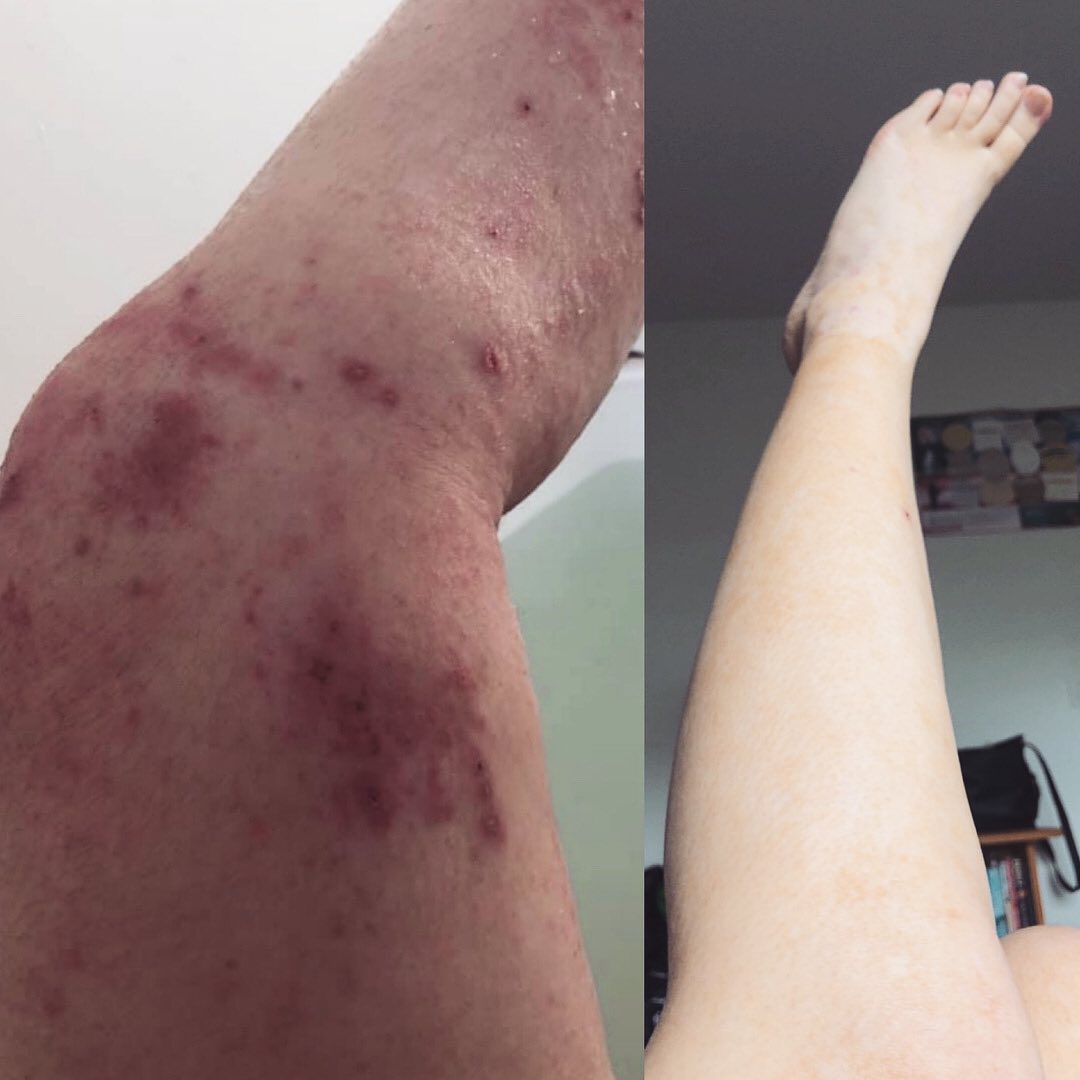 The vitamins have also had an amazing effect on eczemaCredit: Instagram 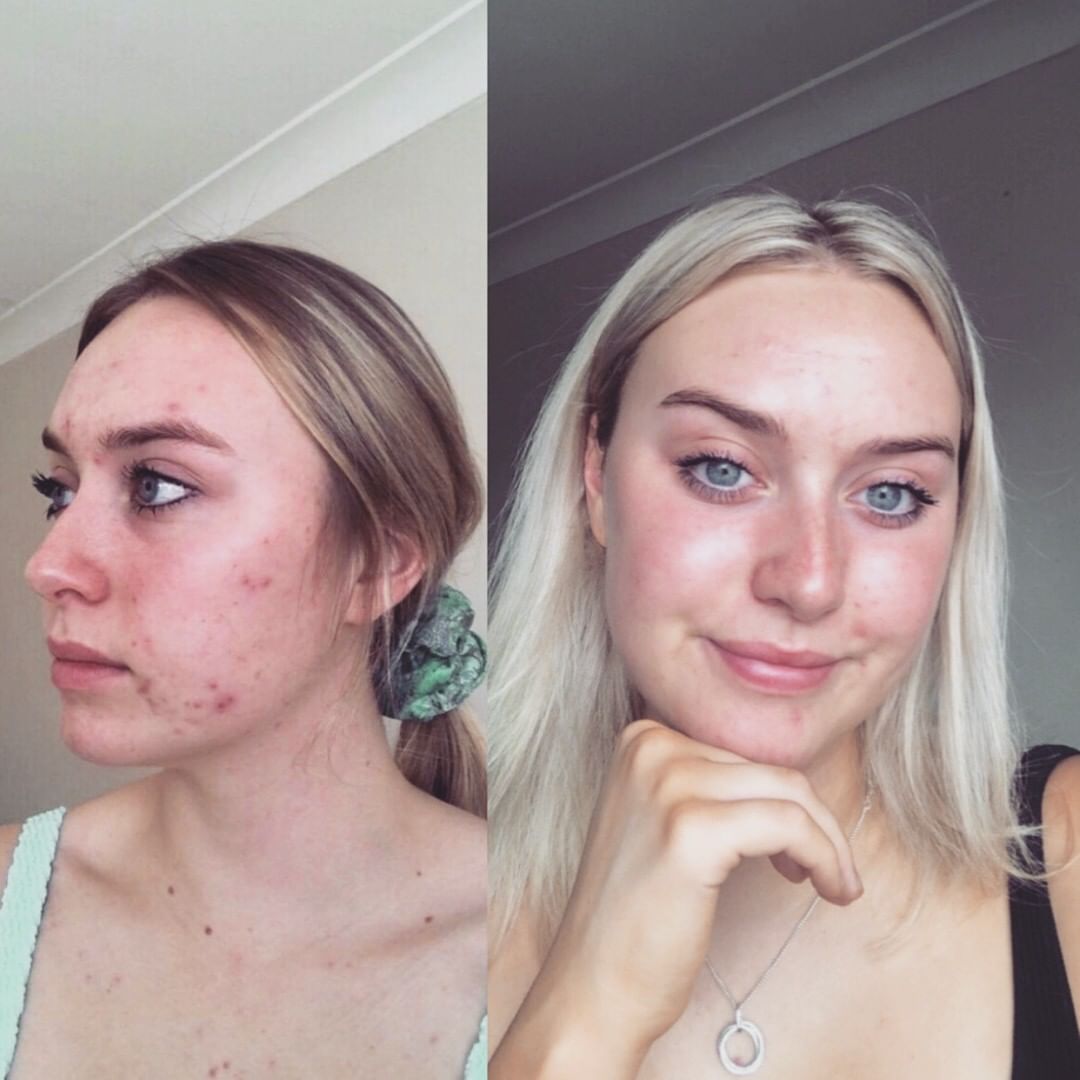 This lass showed her flawless skin after nine monthsCredit: Instagram

One shopper even shared how the vitamins had cleared her eczema – with amazing before and after results.

She said: “30 days on hair and skin vitamins – you have changed my whole life. I have been suffering from eczema since I was a kid”.

The 60-tablet packet costs £22.65 (AUS$44.99) and promises to help with collagen production, wound healing and “relieve the symptoms of acne, pimples and minor skin eruptions”.

‘My skin was my crowning glory, but my love of pizza sparked a 10-year battle with acne’ 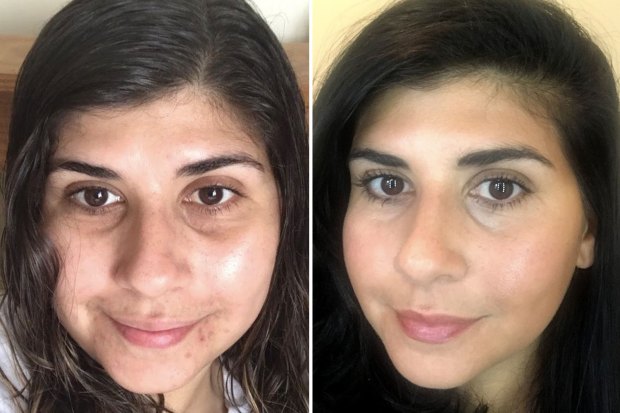 ON the surface, Leila Kandola was a typical care-free university student who enjoyed nights out with friends and snacking on her favourite food – pizza.

But when she started noticing breakouts of acne, it began a decade-long battle that would destroy her confidence completely.

Her blemish-free skin used to be Leila’s “crowning glory”, but she was forced to spend a fortune on creams and treatments in a desperate bid to regain it throughout her twenties.

“When I was 21 I started to get breakouts,” she says. “They were really big spots that would come on consistently and I always had to cover with make-up.

“[I didn’t have] the healthiest routine but I wasn’t eating junk food for every meal. My habits were probably pretty common ones.

“As my twenties progressed it got worse and it was really upsetting.”

However, after watching a documentary on Netflix called ‘What the Health’, she knew it was time for a change.

She opted for Nourished – an innovative product which allowed her to combine seven key vitamins in a one-a-day vegan gummy to help her fight her spotty skin.

The supplements are entirely sustainable and vegan-friendly, which was important to Leila, and the tasty gummies have been easy to introduce to her routine.

And the change has been so dramatic that her family and friends can barely believe what they see.

The tablets – which you take twice-a-day at breakfast and lunch – contain zinc, burdock, turmeric and vitamins B2 and C.

They’re produced in Australia but the company do ship to the UK – although you should allow about two weeks for them to arrive.

We previously reported on a beauty queen whose acne was so bad she couldn’t leave the house – who showed off her clear skin after using a controversial drug.

THE pandemic has seen worry, Zoom calls and drinking more booze all taking their toll on our looks. Now, as...

I’m a catfish queen, people think I’ve had a facelift because I look so different when I’ve done my make-up