MAKE-UP sponges make blending foundation so much easier – but cleaning them can be a laborious task.

Fortunately, one savvy woman has come up with an seamless way to remove old caked-on product and get them looking like new again.

A woman has shown an amazing hack for cleaning make-up spongesCredit: Tiktok / leanne_page

In a post on TikTok, the beauty fan, called Leanne, demonstrated the simple process at her kitchen sink after collecting up a pile of used sponges.

First, she threw them into a bowl where she sprinkled on some Vanish powder and covered everything with hot water from the kettle.

This created a soapy solution, which she gently worked into the sponges using a spoon.

Next, she tipped them from the bowl and into a sieve in the sink, so that the water could drain away.

That’s insane! I will definitely give this a try

Finally, Leanne rinsed each sponge under the tap – ensuring no soapy product, which could irritate the skin, remained – before squeezing them out and leaving them to air dry.

Her video, which has been viewed more than 25.6 million times, was popular with social media users, who left more than 1.3 million ‘likes’.

Another joked: “Is that hot chocolate with marshmallows?”

A third shared: “That’s insane! I will definitely give this a try.”

And a fourth added: “How many do you have!”

Last week, a woman showed how she got her make-up brushes clean by putting them in the washing machine. 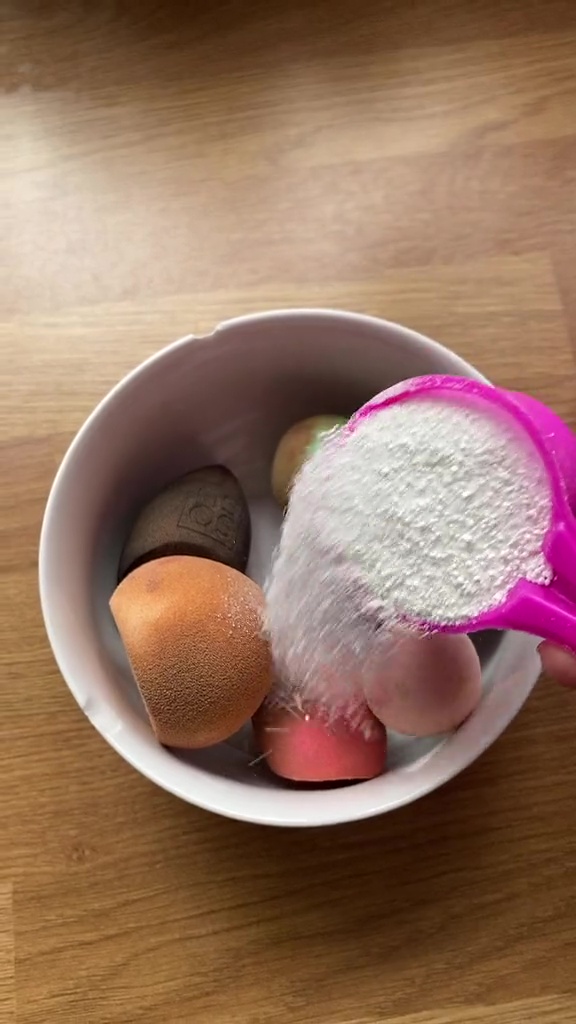 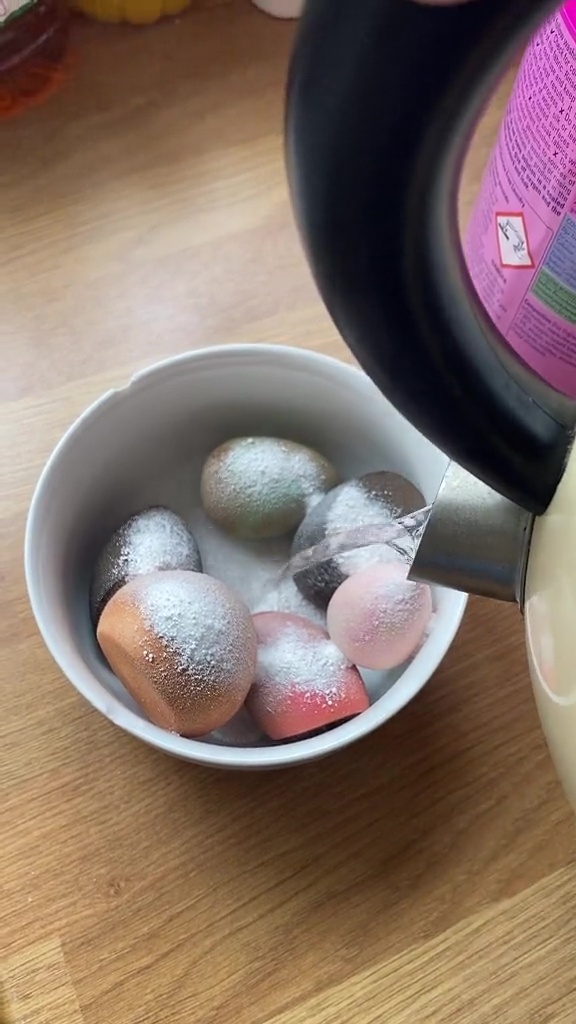 She then poured in hot water from the kettleCredit: Tiktok / leanne_page 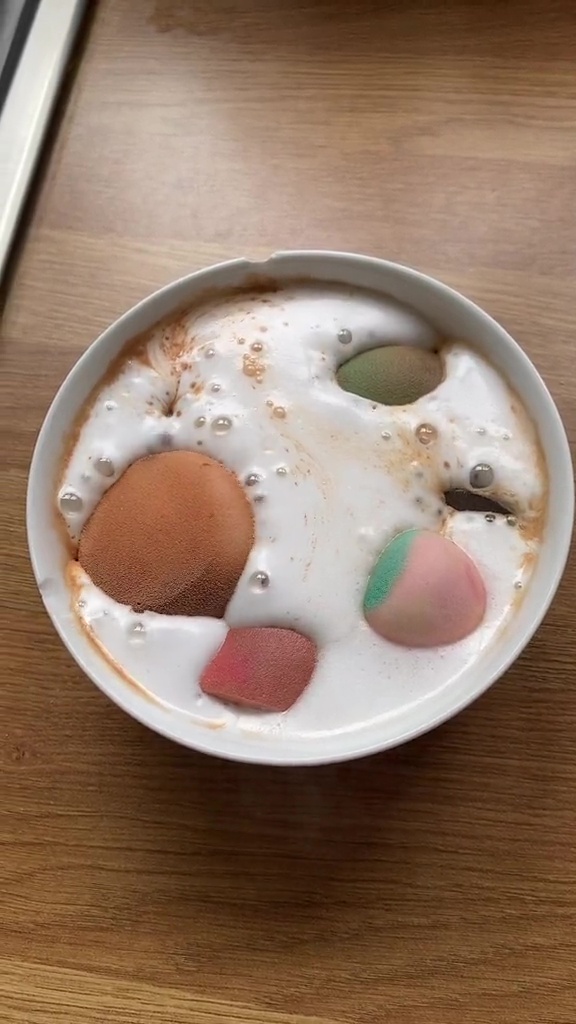 The woman then used a spoon to work the soapy solution inCredit: Tiktok / leanne_page 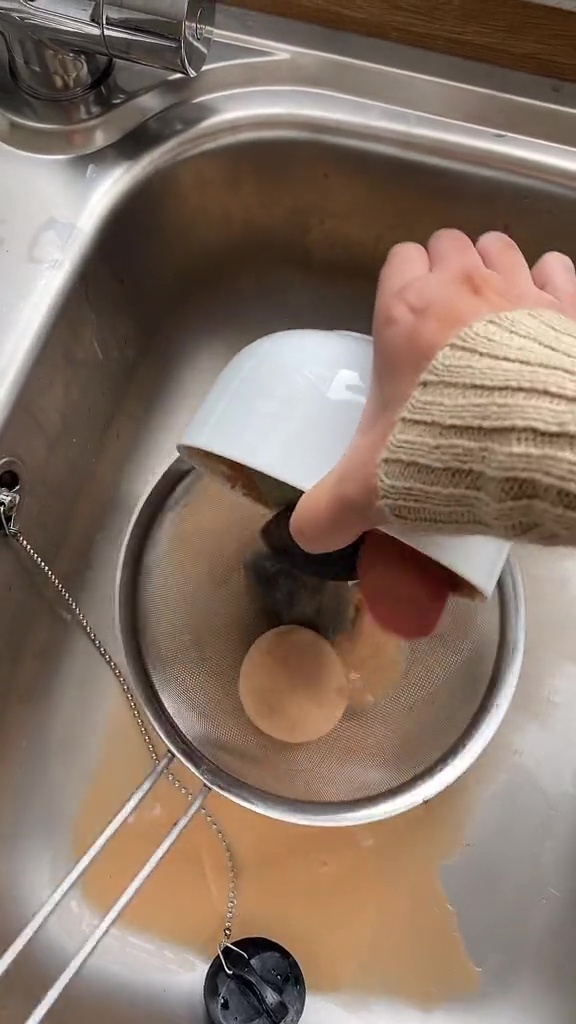 She drained the water using a sieve, and rinsed each sponge under the tapCredit: Tiktok / leanne_page 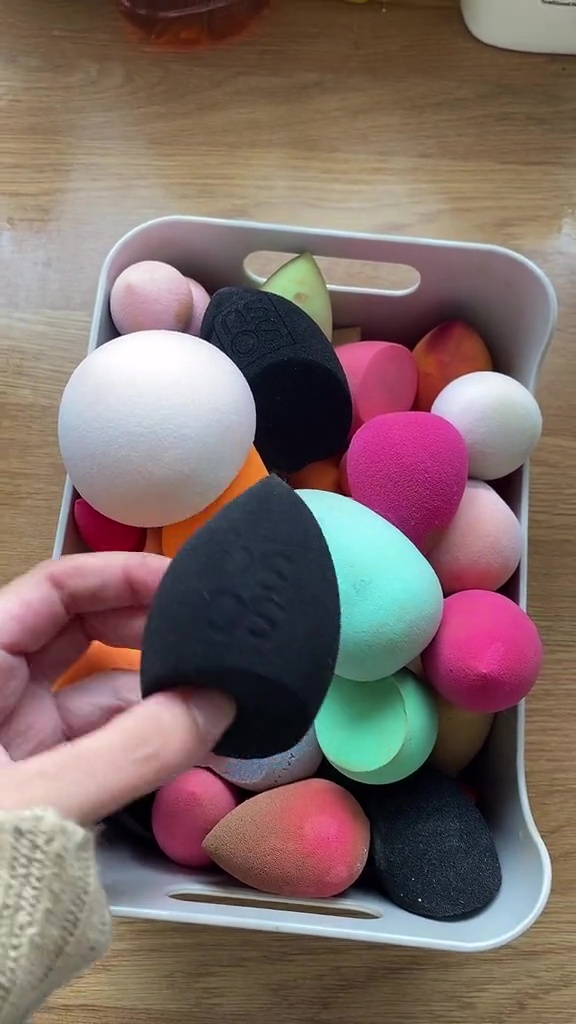 In other cleaning hack news, we told you about Mrs Hinch’s £3.75 tip for making sure your tumble dryer filter is always fresh.

We also revealed how people are enlisting their radiators as part of a clever method to get their houses smelling great.

And this is why you’ve been vacuuming your house all wrong.

FAT freezing has become a popular treatment among the stars, helping to tone muscles and eliminate fat. CoolSculpting is one...

You’ve been shaving your legs all wrong

You’ve been washing your hair all wrong