I go bin diving to save money

A WOMAN goes bin diving for new make-up to save money, but admits it’s ‘disgusting’ and she often ends up covered in filth and urine.

Kayla Wood, from Virginia, spends her evenings ‘dumpster diving’, saying she usually goes out every night around 1am to look through rubbish. 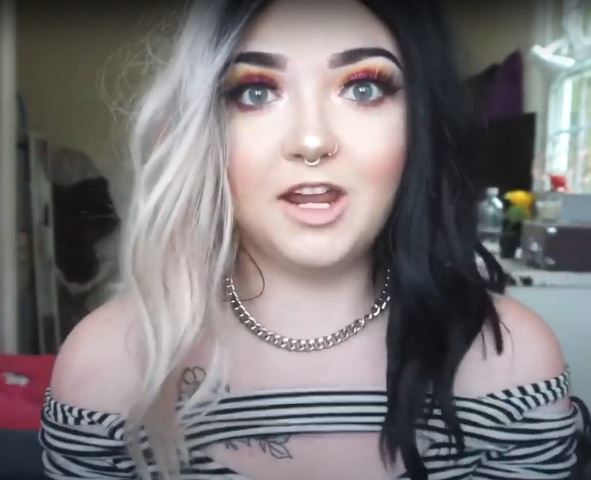 Kayla revealed her favourite spots are the bins at Ulta, TJ Maxx, and Bed, Bath and Beyond, and she’s bagged hundreds of pounds worth of goodies for free.

Among her most prized possessions is a a £110 ($150) curling and straightening iron, and products from Clinique, Morphe, The Ordinary, Anastasia, Benefit, Becca and Carolina Herrera. 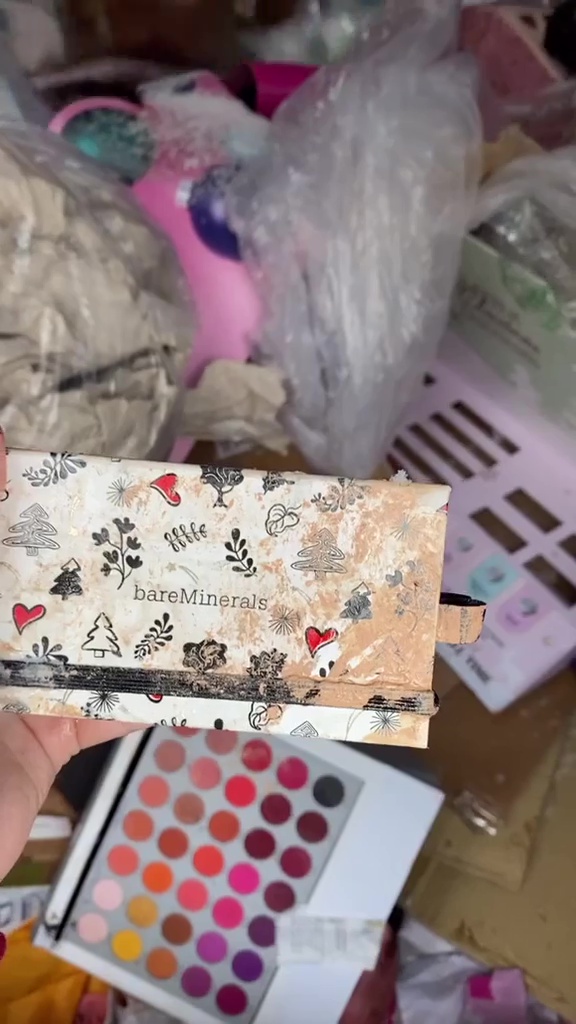 She said: “I mainly dive because I want to find new make-up. Because make-up is super expensive.

“Dumpster diving is super fun, you never know what you’re going to find.

“I have found so much stuff. It’s actually a hobby now.”

Despite raving about her finds, she admitted the bins stink, she gets covered in filth and on the occasions where she forgets her gloves – she digs through rubbish anyway. 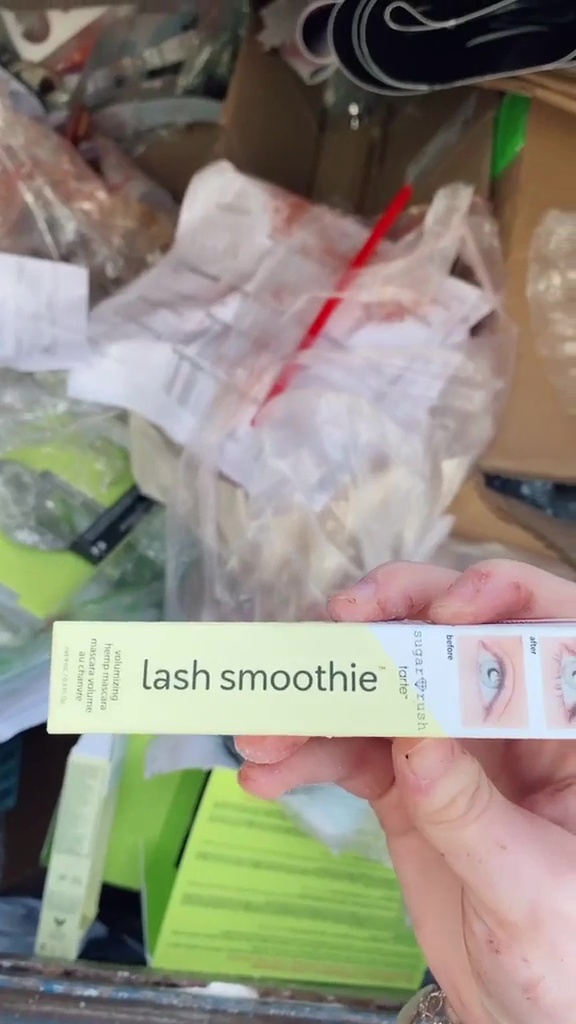 Among her hauls include products from Clinique, Morphe, The Ordinary, Anastasia, Kiehl’s, Benefit, Becca and Carolina HerreraCredit: Tik Tok 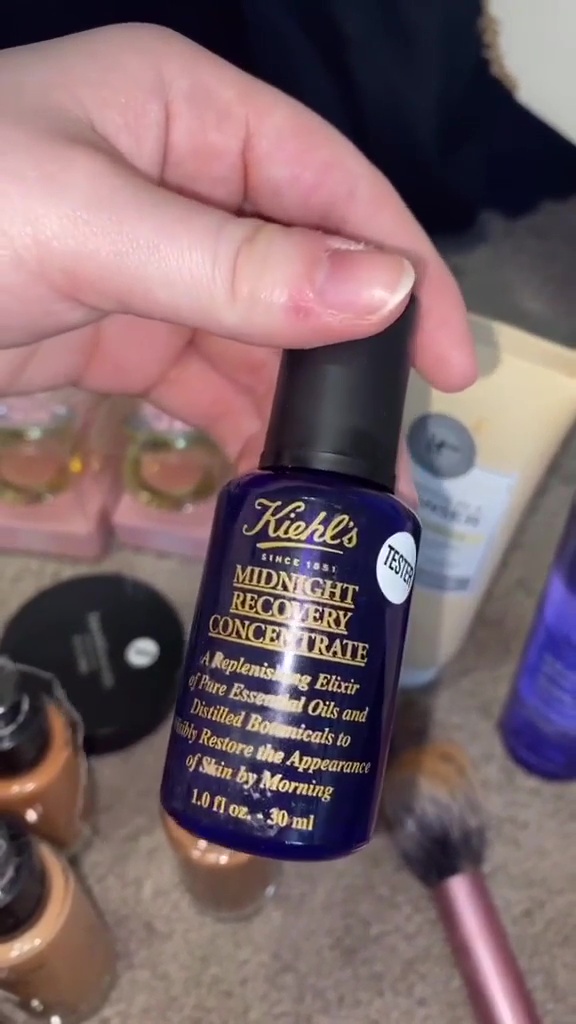 She said: “Nearly every single time I dive… I always get it on my hands. Sometimes I don’t wear gloves if I forget them.

“Sometimes I find gloves in the dumpster which I wear.

“I get a lot of hate comments from dumpster diving but honestly, it’s not that bad. 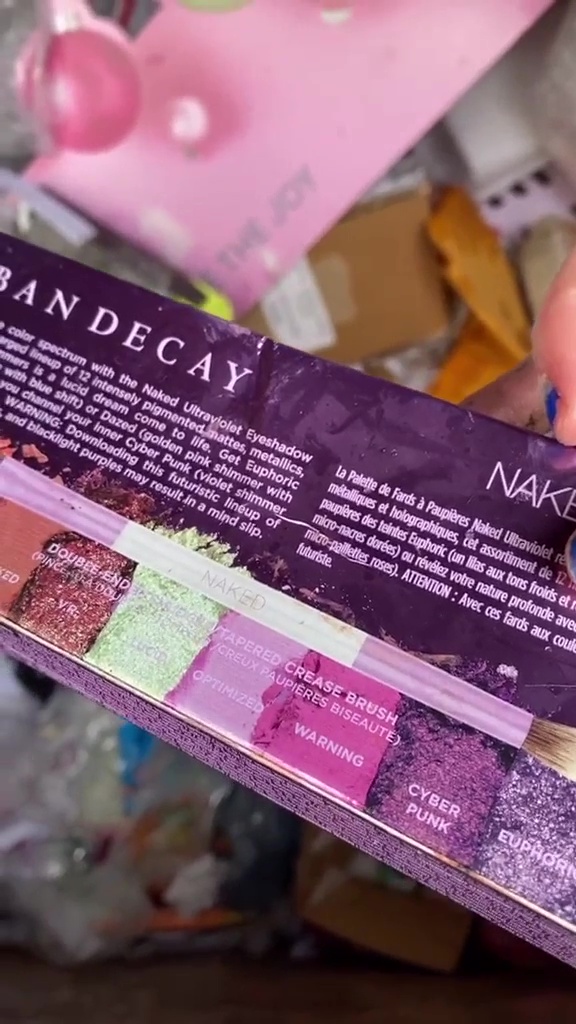 Kayla admitted the bins are ‘disgusting’ and they ‘stink’ as she’s surrounded by urine and faeces Credit: Tik Tok 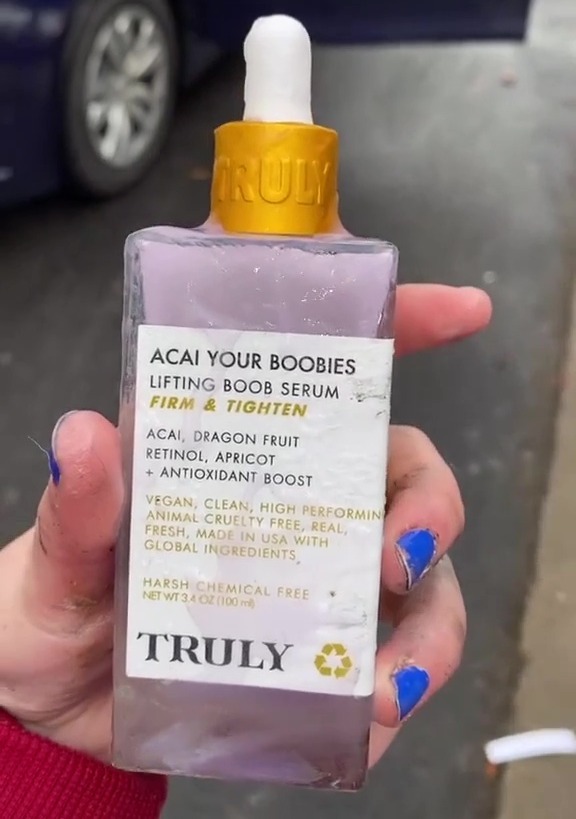 She even digs through them without gloves when she forgets hers – or will wear a pair that she finds in the bin Credit: Tik Tok

“I bring sanitizer with me, I wear gloves most of the time, I wash and sanitise everything that I get. I’ve fallen into the dumpster. I always take a shower after.”

She admitted she has to wade through bags of rubbish and bugs to try and find treasures, which even she called ‘disgusting’. 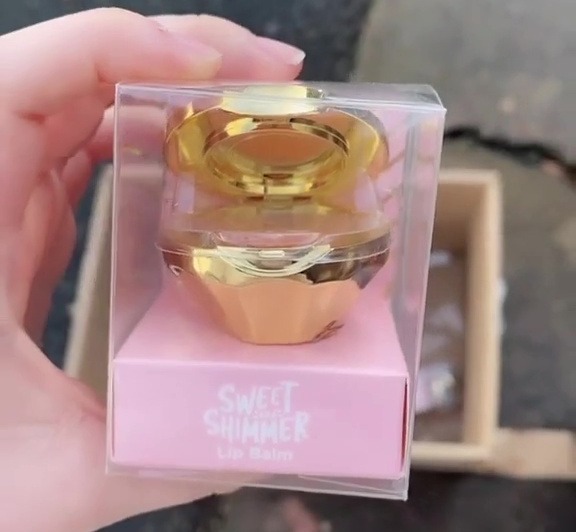 Kayla claims she always takes a shower after bin diving and washes everything she finds Credit: Tik Tok 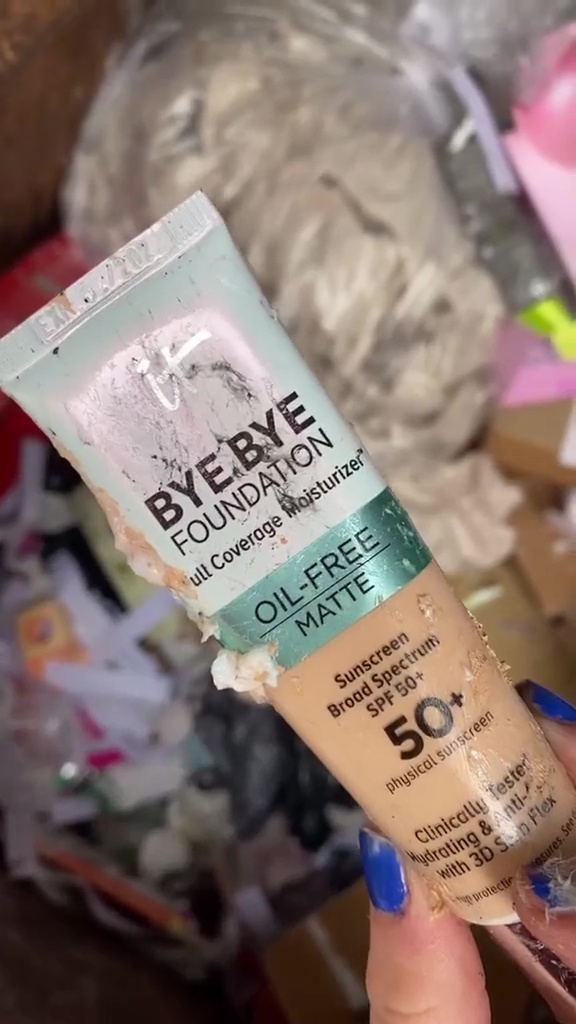 “It’s going to be disgusting.”

Despite stating most of what has been thrown away is perfectly usable, Kayla’s hobby attracts a lot of criticism, with people grossed out by her hauls.

People have questioned her hobby online, with her TikTok clips racking up thousands of horrified comments.

One person said: “I would do this but I wouldn’t be able to take the shame.” 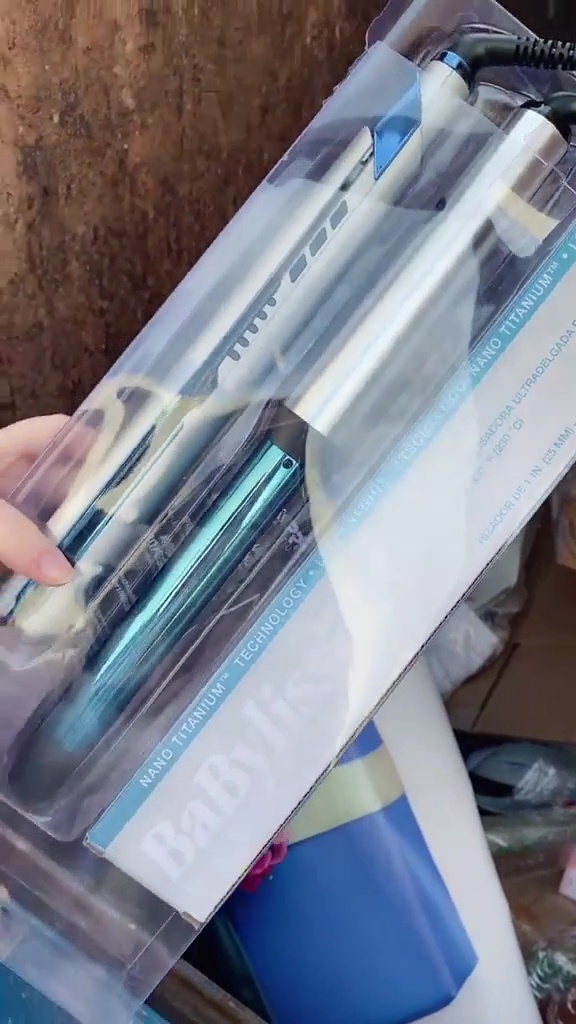 One of her most prized possessions is a £110 straightener and curling ironCredit: Tik Tok 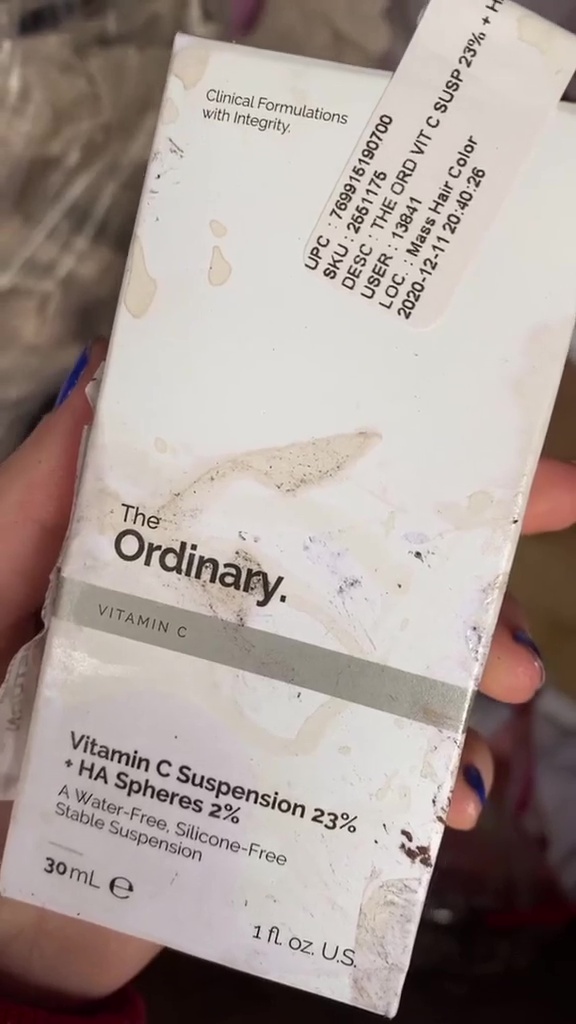 Despite championing saving products from the bin, people were horrified by her dumpster diving Credit: Tik Tok

Another pointed out: “The make-up doesn’t look sanitary.”

“Because we don’t have testers, so everything you’re finding is used.” 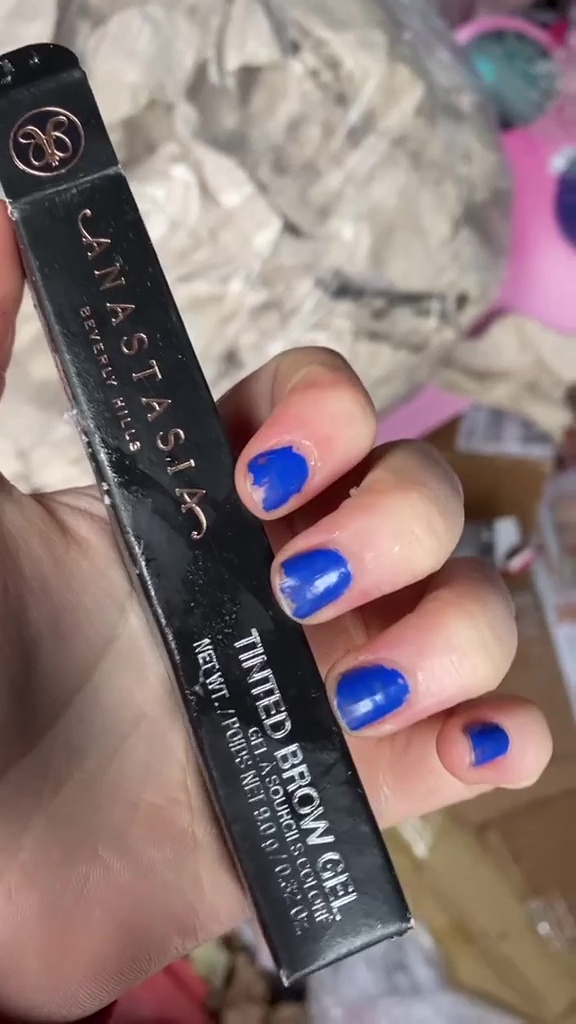 Kayla gives away most of what she finds the family and friends Credit: Tik Tok 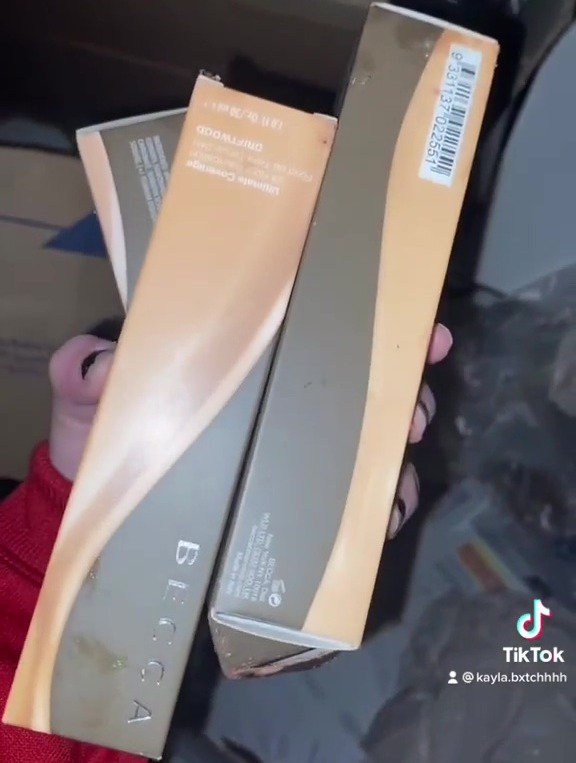 But people warned her wearing old, and previously used, make-up is a recipe for disaster Credit: Tik Tok

Someone else asked: “Did you say you are wearing hair extensions you got from the dumpster.”

This person commented: “You know that this stuff is thrown away for a reason right?”

Somebody else wrote: “Omg why do you use your bare hands!!?”

And this makeup artist was left heartbroken after her kids destroy hundreds of pounds worth of her cosmetics.

Plus this make-up addict proudly shows off her ENORMOUS beauty stash… but people reckon she needs to chuck half of it out.

Meanwhile we revealed you’ve been washing your hair all wrong as a hairdresser says ‘scrubbing’ in shampoo can cause breakage.

WITH the festive season approaching, here, at Fabulous, we're already planning our sparkly and glamorous outfits and the hairstyles we'll...

Lookfantastic’s Beauty Box is only £1 for Cyber Monday

I was UGLY in high school and completely single, my glow-up is so good I’m thinking of doing tutorials to help others