A WOMAN, who lost her hair due to the stress of a bad break-up and working as a nurse through the pandemic, explained that her confidence was at rock bottom.

Ashleigh Barnes, from Manchester, has worked as an NHS mental health nurse for the past 12 years but found the last two years particularly tough. 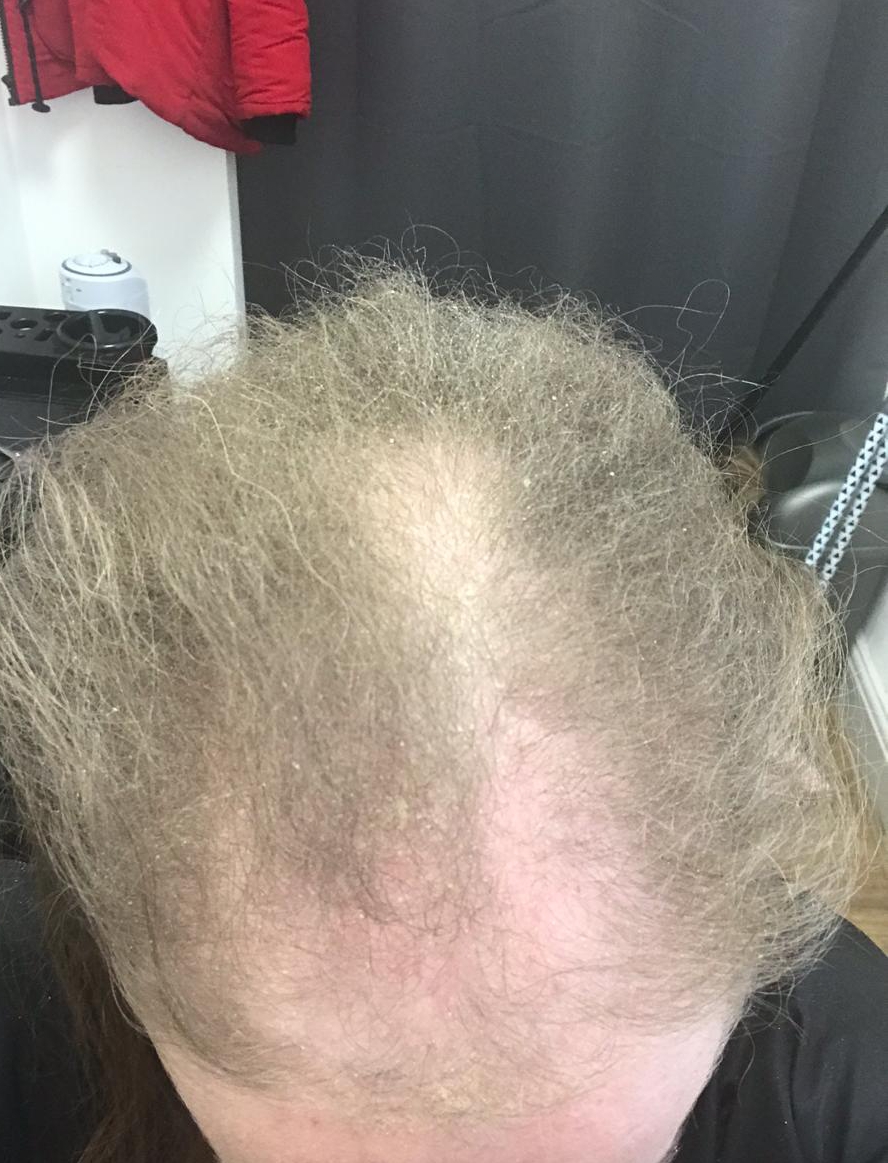 After the stress of a toxic break-up and working as a nurse in the pandemic her hair started to fall outCredit: Ashleigh Barnes 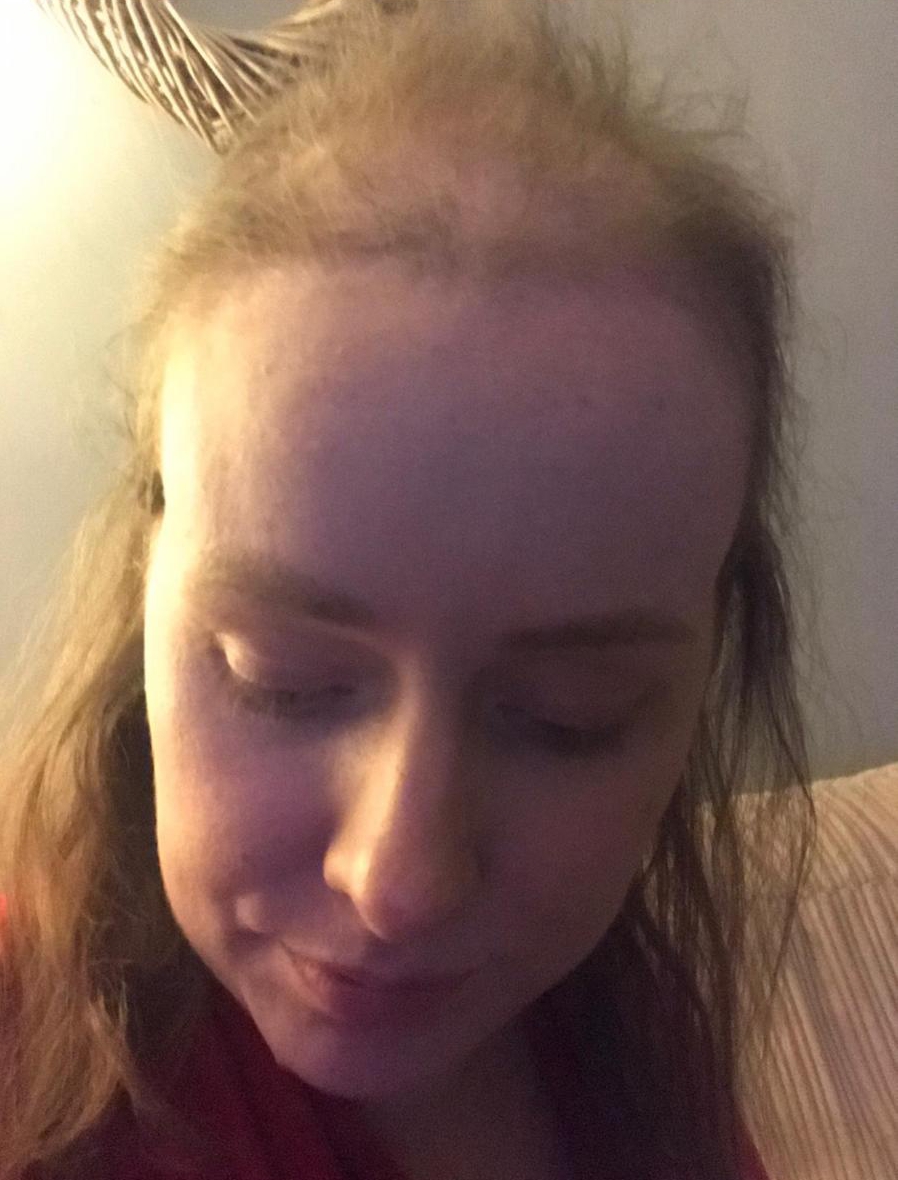 At its worst Ashleigh was left with thin tufts of hair on the top of her headCredit: Ashleigh Barnes

The 35-year-old explained to Fabulous that the combination of the additional work load and the breakdown of a toxic relationship resulted in her losing her hair – the feature she had always loved most about herself.

Ashleigh, who had previously worked as a hair model, said: “I had fine hair but there was a lot of it. It was a long and well conditioned and shiny. I could do a lot of different styles with it.

“I felt confident. To me, my hair was one of my favourite features. It was one of the things that was most positive about my appearance.

“I remember at low times I would say to myself: ‘If all else fails, at least I’ve got my hair’.”

But it was after a horrific divorce that things took a turn for Ashleigh.

She told Fabulous: “I was married for seven years but then I got divorced. The breakdown of that relationship was very difficult.”

At 33 years old, Ashleigh started to notice that something was wrong as her hair was getting thinner and there was loads left on her hairbrush each time she used it.

Ashleigh said: “Styling my hair suddenly took me no time at all. I would go to blow dry it and it would already be dry.

“And my brushes were always completely covered in hair, but I thought maybe it’s just normal for that much hair to fall out.”

Concerned, the mental health nurse told her mum what was going on and she suggested they go to the hairdresser to get some professional advice. The hairdresser refused to dye Ashleigh’s hair again saying that it was too damaged for the colour.

Ashleigh said: “I used to love going to the hairdressers. When I first noticed things were happening I went to get it highlighted but the stylist said she couldn’t highlight it it was too weak. It would just break.

“I was devastated because my hair colour was always light blonde, I had never had dark hair. It really upset me that I couldn’t have it the colour I wanted.

I remember at low times I would say to myself: ‘If all else fails, at least I’ve got my hair’.

“I kept going back to ask if it was ready and they said it wasn’t. It just got worse and worse. Going to the hairdressers turned from one of my favourite things to an ordeal.”

Ashleigh was heartbroken that, not only her hair was falling out, but now she wouldn’t be able to have her preferred colour.

She said: “I was always proud of my locks, I felt it was my strongest asset and what I liked most about my appearance, I was even a hair model when I was younger, so when it started to thin and then fall out, I was devastated.”

Ashleigh knew the hair loss was down to the stress of her relationship breaking down but the nature of her pressured job, heightened during the pandemic, as well as being in the middle of buying her own house, did nothing to ease her stress levels and so her hair just kept falling out. 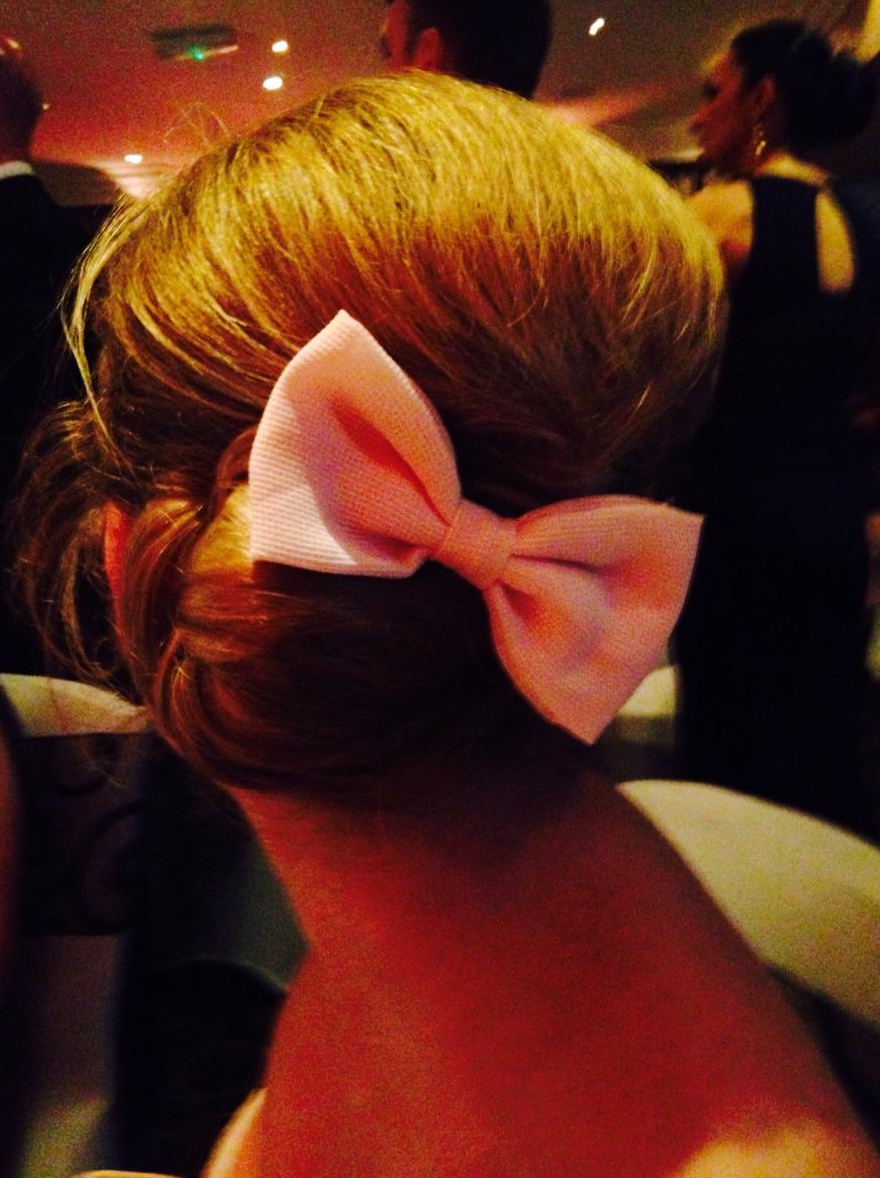 Ashleigh had previously been a hair model and had loved styling her hairCredit: Ashleigh Barnes 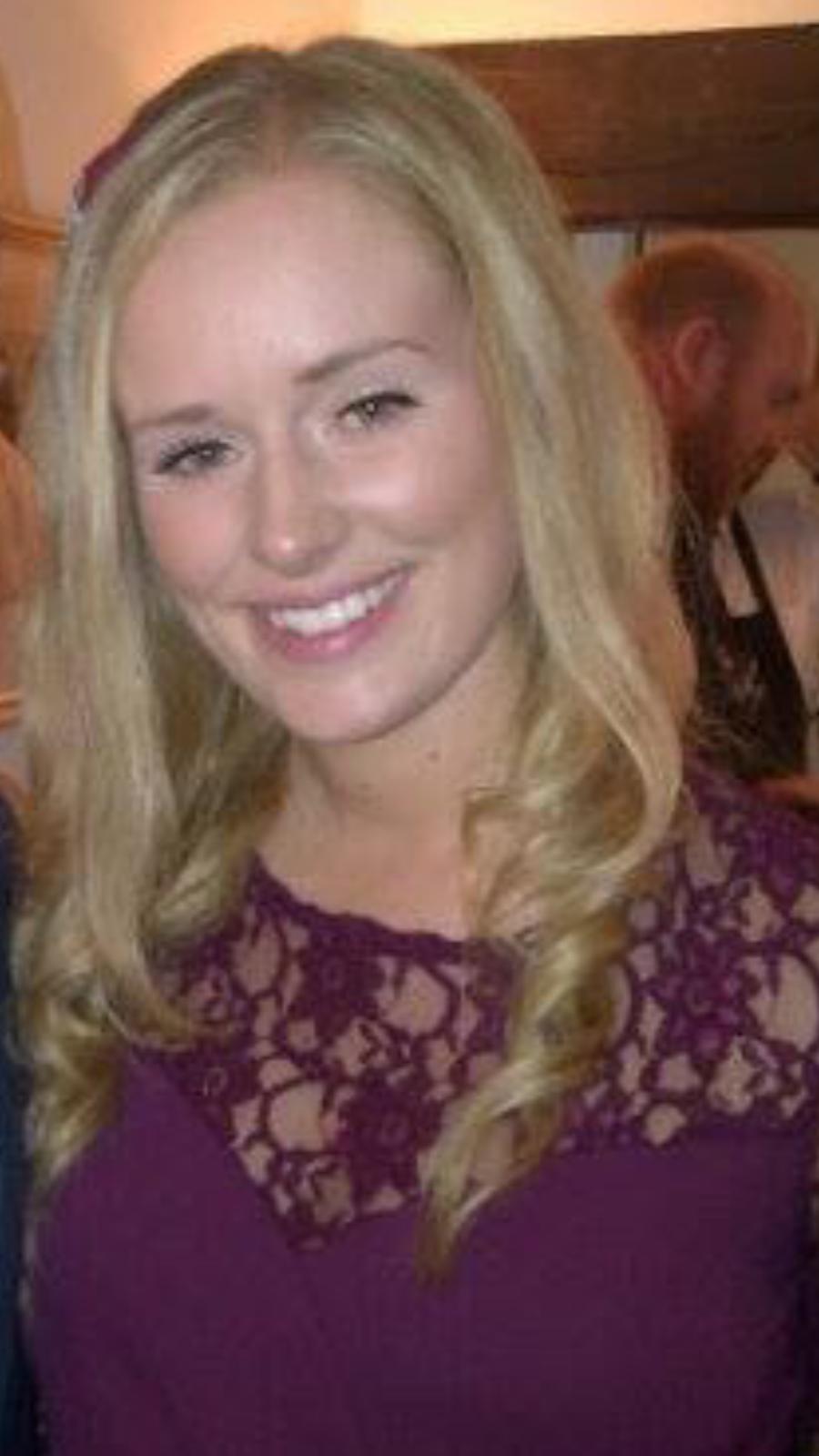 Ashleigh used to love going to the hairdressers and always had her hair dyed blondeCredit: Ashleigh Barnes 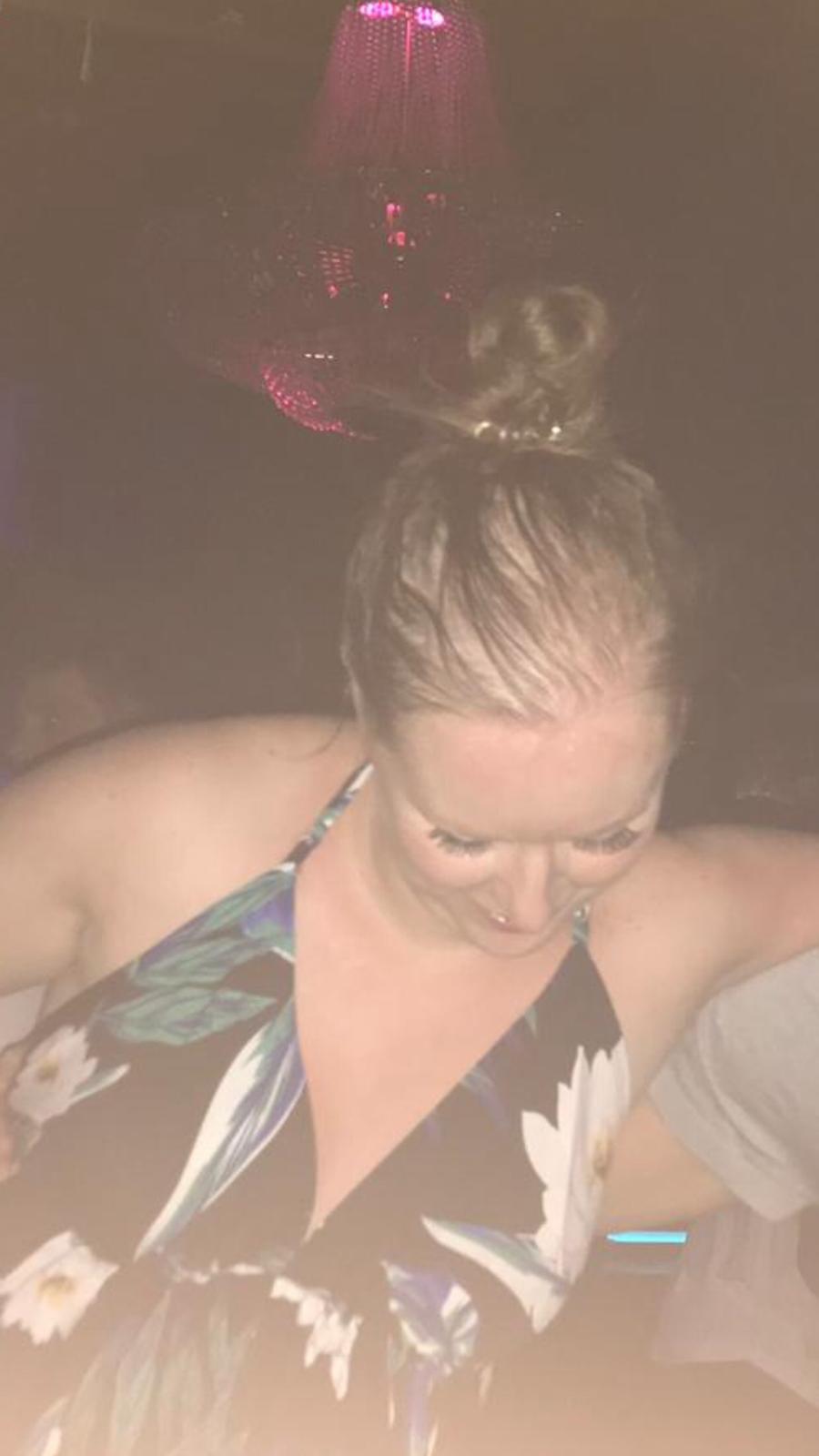 When her hair started to fall out the NHS nurse started to dread going to the hairdressersCredit: Ashleigh Barnes 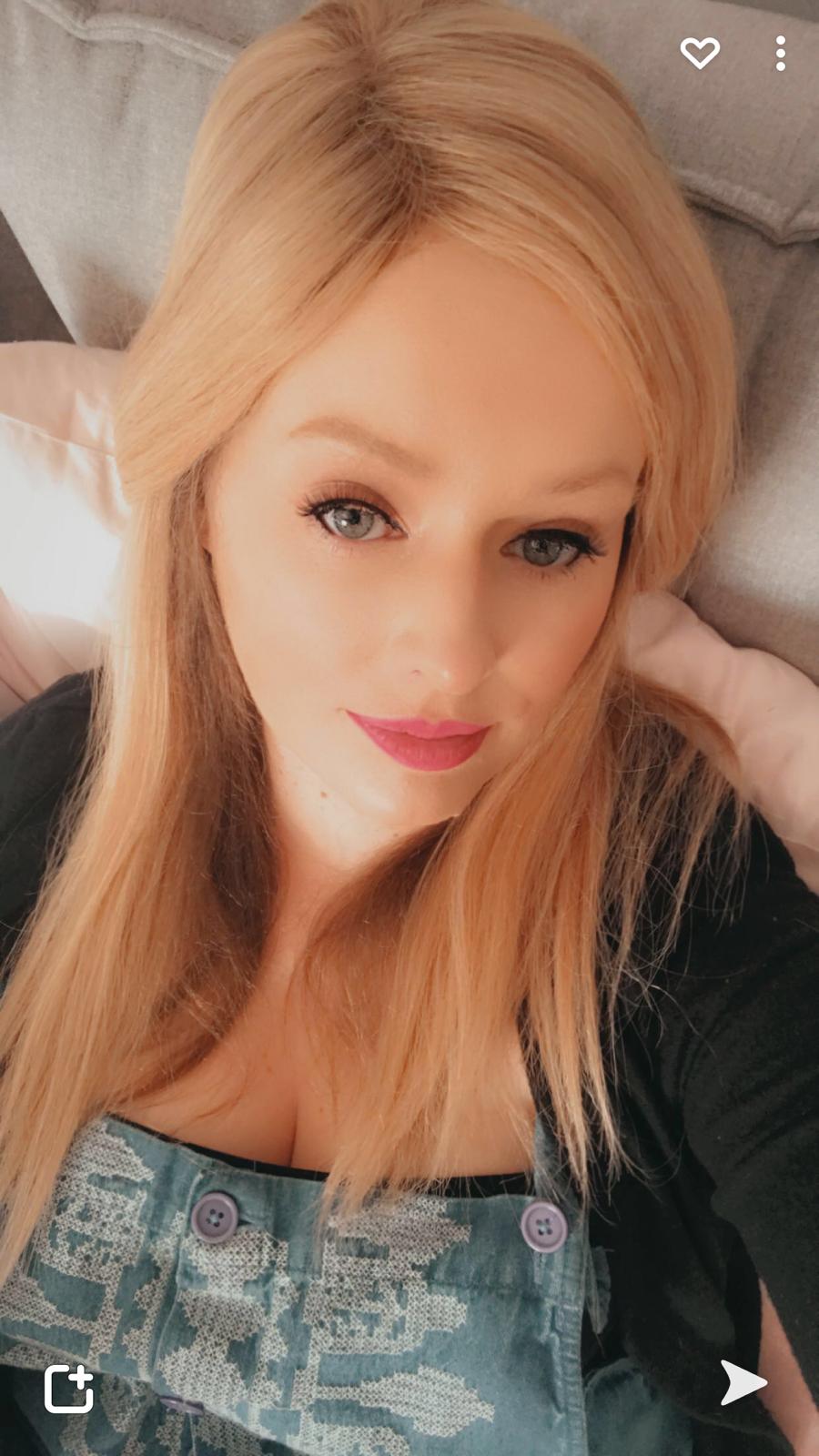 Ashleigh bought a wig to cover up her thinning hairCredit: Ashleigh Barnes

She said: “I think it was my body’s way of processing all the stress I was going through.

“It affected me on an emotional level of course, but my body responded in a way that I didn’t expect. I wasn’t expecting to lose my hair.

“I love my job but I was working with people who were mentally unwell and I was already struggling with my own mental health. It was really difficult.

“It was challenging as the people I work with need the optimum care and that was harder to give with everything I was going through.”

Going to the hairdressers turned from one of my favourite things to an ordeal.

Ashleigh’s hair loss began to affect other areas of her life as she didn’t date, spent a fortune on treatments to try and reverse the problem and started to wear a wig or a turban into work to cover her thinning hair.

She said: “I had loads of turbans. My friends would say that no matter what I wore I had a turban to match because I had one in every colour!

“People started assuming I was seriously unwell and had lost my hair having chemotherapy.

“I tried everything and spent hundreds of pounds buying specialist shampoos, ointments, stimulating sprays and hair treatments. I even shipped one over from America.

Six remedies to look after your locks

IF you’ve noticed your hair started to fall out over the two years experts say it could be down to the coronavirus lockdown and a disruption to your normal habits. Here are six tips to strengthen your hair:

“I tried adjusting my diet and incorporating numerous vitamins to try and help restore my hair. But I saw little change in my hairline.”

Ashleigh got to the point where there wasn’t a suggestion, product or treatment that someone could put forward that she hadn’t already tested out and she was at her wit’s end.

Eventually she found a product on Instagram that she hadn’t used yet called Hair Gain and decided to try a ten-week supply of the Hair Gain gummies and was thrilled when she started to notice a difference.

Ashleigh said: “I would always give things ten weeks to three months to work and if I didn’t notice the difference I’d move on to something else. So I bought a three-month supply of Hair Gain and I started to see baby hairs coming through.

“I’ve been taking them for eight months now and I have had around 4-5 inches of growth of the top of my head. I am so thrilled with the results.

I think it was my body’s way of processing all the stress I was going through.

“I tried and tested so many other methods and treatments, but Hair Gain is the only one that worked for me.”

Although her hair’s not completely back to what it was, Ashleigh is in a far better place in so many ways.

She said: “I’ve been through so many changes both mentally and physically so I feel so much better now.

“My social life has improved, I feel a new lease of life with everything. My hair’s come back too. It’s not what it was but I’m getting there.”

Ashleigh explained that even through her hardest days, her friend and family really cheered her on as did her colleagues at work.

She said: “My job is a huge positive in my life. Everyone I work with was really supportive.

“My friends were also great and without them and my family, there’s no way I would have got through the last couple of years as well as I did. They are the most important part of my life.” 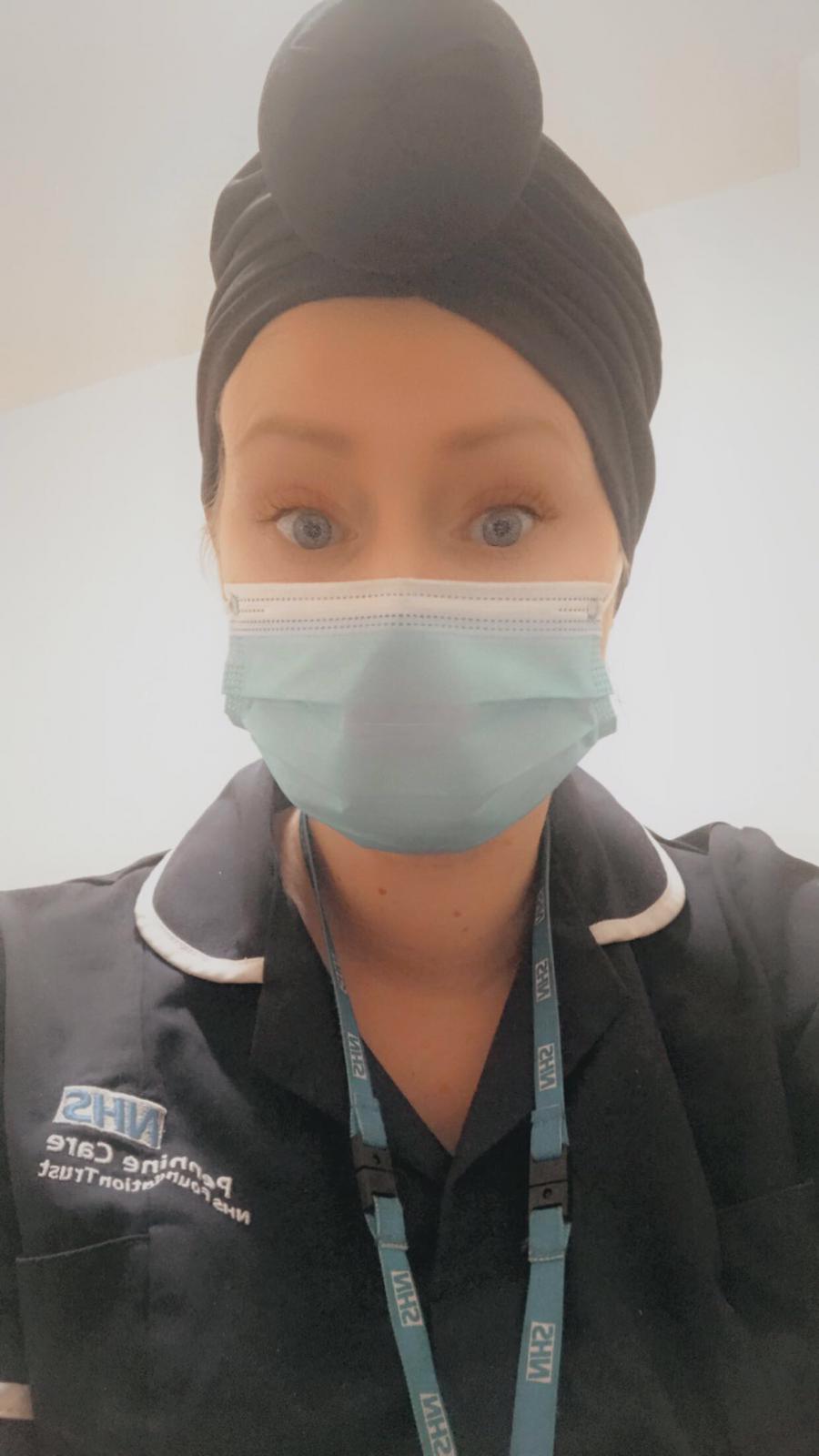 Ashleigh’s friends joked that she had a turban for every outfit as she had so manyCredit: Ashleigh Barnes 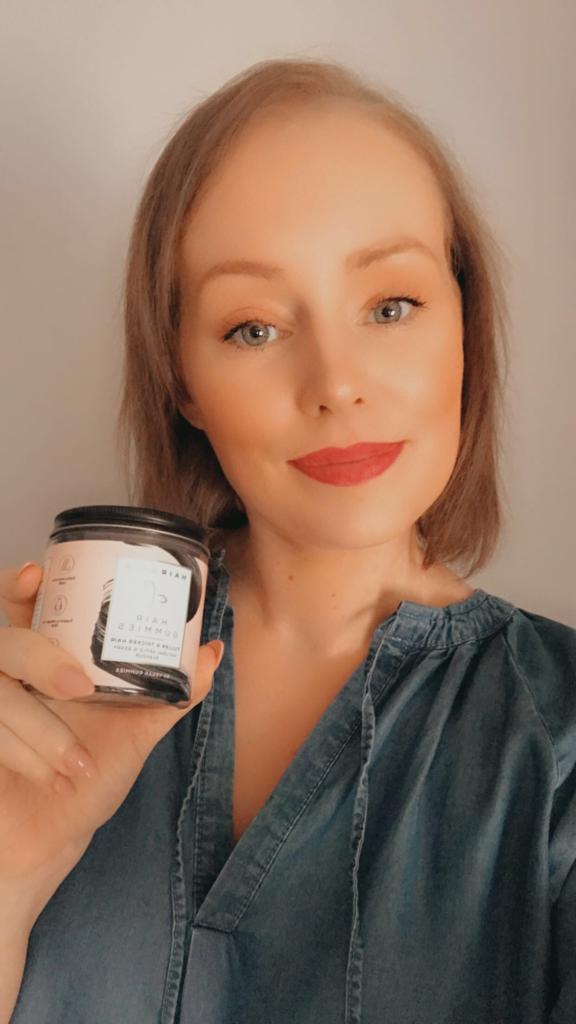 Ashleigh credits Hair Gain gummies with the restoring of her hairCredit: Ashleigh Barnes 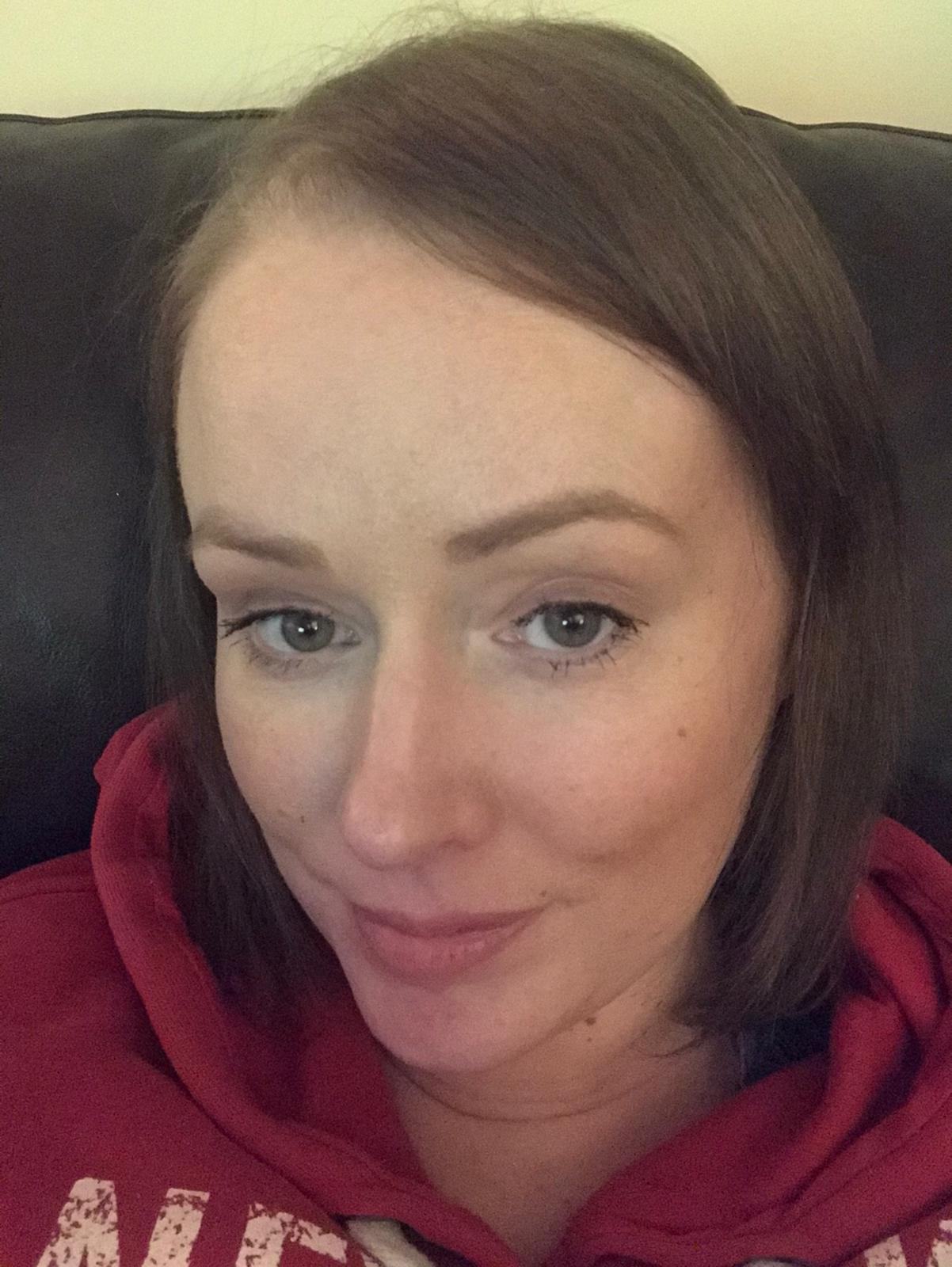 Ashleigh’s hair is slowly growing back with the help of Hair Gain and while it’s not where it was previously, she is far more confident nowCredit: Ashleigh Barnes

But Ashleigh isn’t the only one who suffered hair loss during the pandemic… read about the other women who struggled including one who said: “Handfuls of hair covered my bedsheets & I had panic attacks about going bald.”

Hair loss is far more common than you’d think with more than 4 in 10 women having suffered from it and many saying they have hidden the condition from friends.

And these are the 12 best shampoo for hair loss: Products to prevent hair thinning, encourage growth and strengthen strands.

Known as the “King of Scottish Desserts”, Cranachan means “to churn” in Scottish Gaelic. This simple yet absolutely delicious...