A WOMAN who was called “pizza face” because of her severe cystic acne has revealed the simple steps she took to clear up her blemishes.

Elizabeth ‘Liz’ Claire Nguyen, 25, started developing spots in her teens, but her breakouts worsened when she hit her 20s.

The secondary school teacher, based in Sydney, Australia, has revealed the cruel comments she received during that time – including “strawberry face” and “greasy oil pan”.

Speaking to the Daily Mail, she said: “Every morning, I struggled to get up because it meant I had to stare back at the mirror only to see a monster.

“Washing my face meant I would feel all the large sore bumps on my cheeks and forehead.

“I had large, painful sacks of pus underneath my skin and couldn’t sleep on my face because it would be so inflamed.”

Every morning, I struggled to get up

Liz – who developed permanent indentations in her cheeks and forehead due to the acne – added that it impacted on her mental health, and she became a “quiet and depressed girl who wasn’t fun anymore”.

When she went to dermatologists, all they offered her were “band-aid solutions”, like antibiotics and hormonal contraception.

So, after struggling for six years, the teacher decided to make tweaks to her lifestyle and beauty regime in an attempt to get her skin under control once and for all.

She realised that her breakouts worsened when she was stressed, eating a poor diet and not getting enough sleep.

As a result, Liz started eating healthier meals – which featured reduced sugar and dairy – getting enough sleep, exercising more, staying hydrated and keeping her stress levels to a minimum.

She also used on her face 2.5 per cent benzoyl peroxide lotion from over the counter at her local pharmacist.

Since making the changes, Liz hasn’t had a severe breakout in three years.

She has shared her journey on Instagram, where she has more than 55,000 followers. 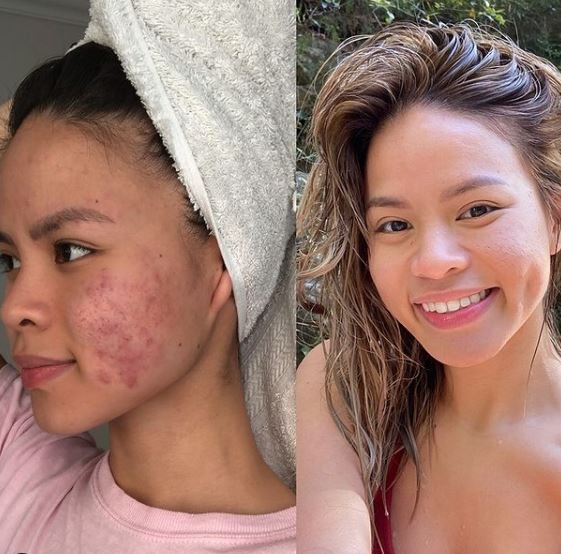 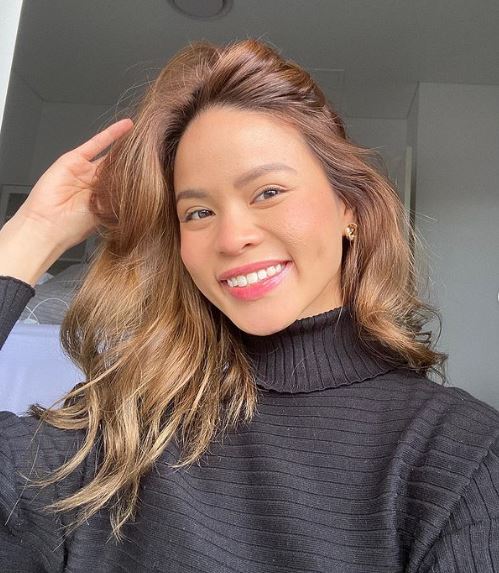 The teacher made lifestyle changes to finally clear up her skin 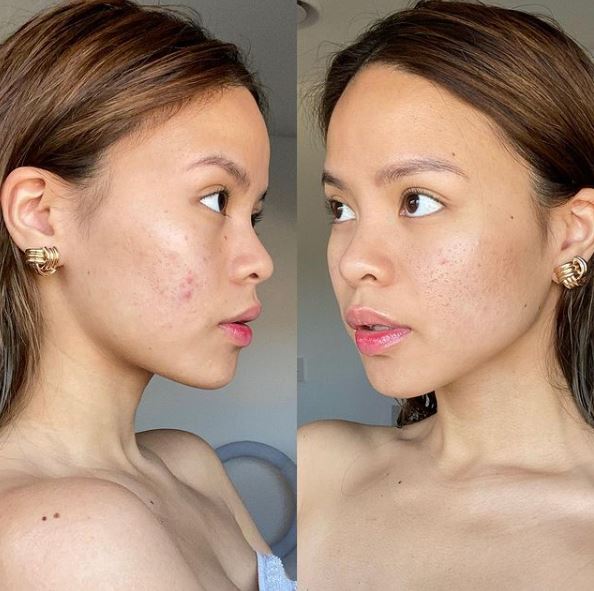 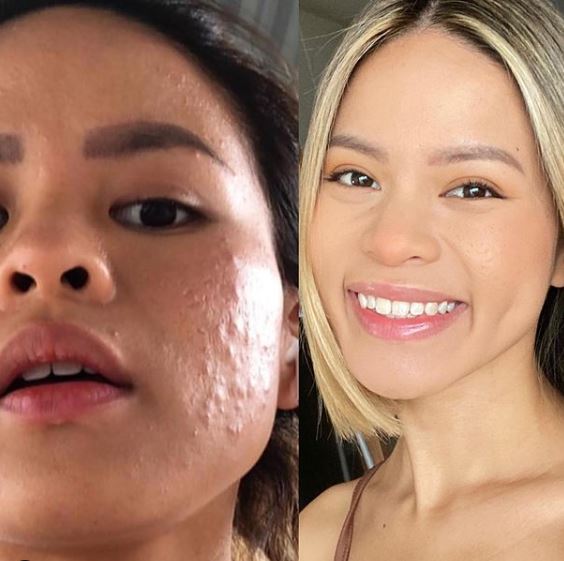 In other beauty news, we told you how to recreate Love Island hair looks this summer.

We also revealed how Glossier has launched its first ever bronzer.

And a woman swears by £1 ‘chub rub’ to beat thigh chafing.

I use urine to clear my acne – I swear it works, people say I’m gross