HAIRSTYLES change throughout the decades with bobs, perms and zig-zag partings all going in and out of fashion.

But it seems trends have come full circle, after a mum was horrified to discover middle partings are back in – and a side parting makes you look ‘old’. 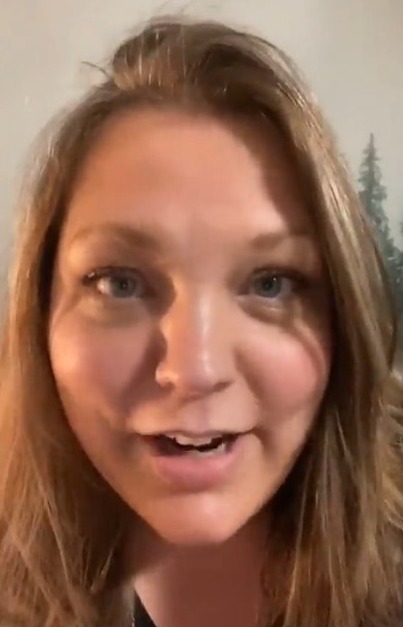 A mum is in shock after realising a side parting is like a ‘comb over’Credit: TikTok/@divine_curves11

The woman, called Chantalle Scott, shared her revelation online after getting schooled by her 21-years-old.

Chantalle was browsing TikTok when she came across a clip from a woman doing her hair, saying: “Forcing a middle part every day because I don’t want Gen Z to know I’m old.”

The mum, who’s rocking a side parting, immediately went to her daughter to clarify. 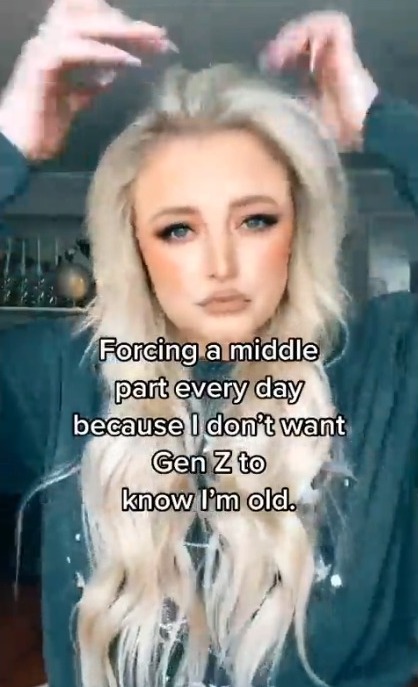 Clips are going viral on TikTok from people claiming a side part is what ‘old’ people have Credit: TikTok/@divine_curves11

She said: “I’m absolutely dying, I just saw this video and I turned to my 21-year-old daughter I say.

“Is the side part just for old people? Is that why you part your hair in the middle?

“And she looks at me and she does her”, she makes a face, mimicking her daughter’s reaction.

“I lost my s**t. Listen I’m not trying to be young or anything, but I was like is this an actual thing, not just a joke? 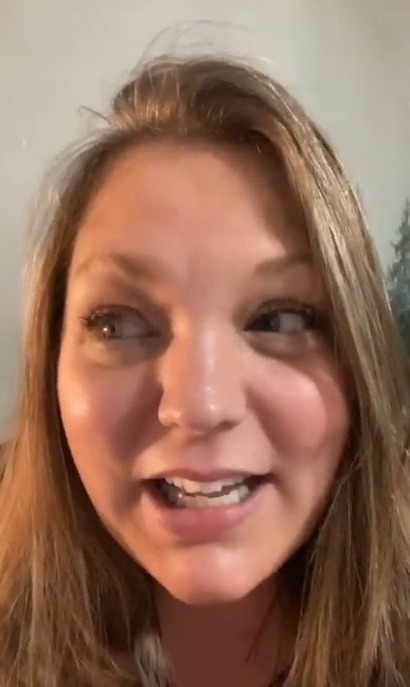 A mum asked her 21-year-old for advice over the look, and was horrified Credit: TikTok/@divine_curves11

“And she says to me, ‘yeah mom, not to be rude but a side part is kind of the equivalent to an old man combover.

“She said that. She’s currently homeless.”

Nearly six million people have watched the clip, and while Chantalle confirmed she was joking and her daughter isn’t homeless, people weren’t convinced over the middle parting.

Numerous people confirmed it ‘wasn’t cool’ when they were younger, and they only adopted a side part not to look like the old people of their generation – so it seems the style may have come full circle. 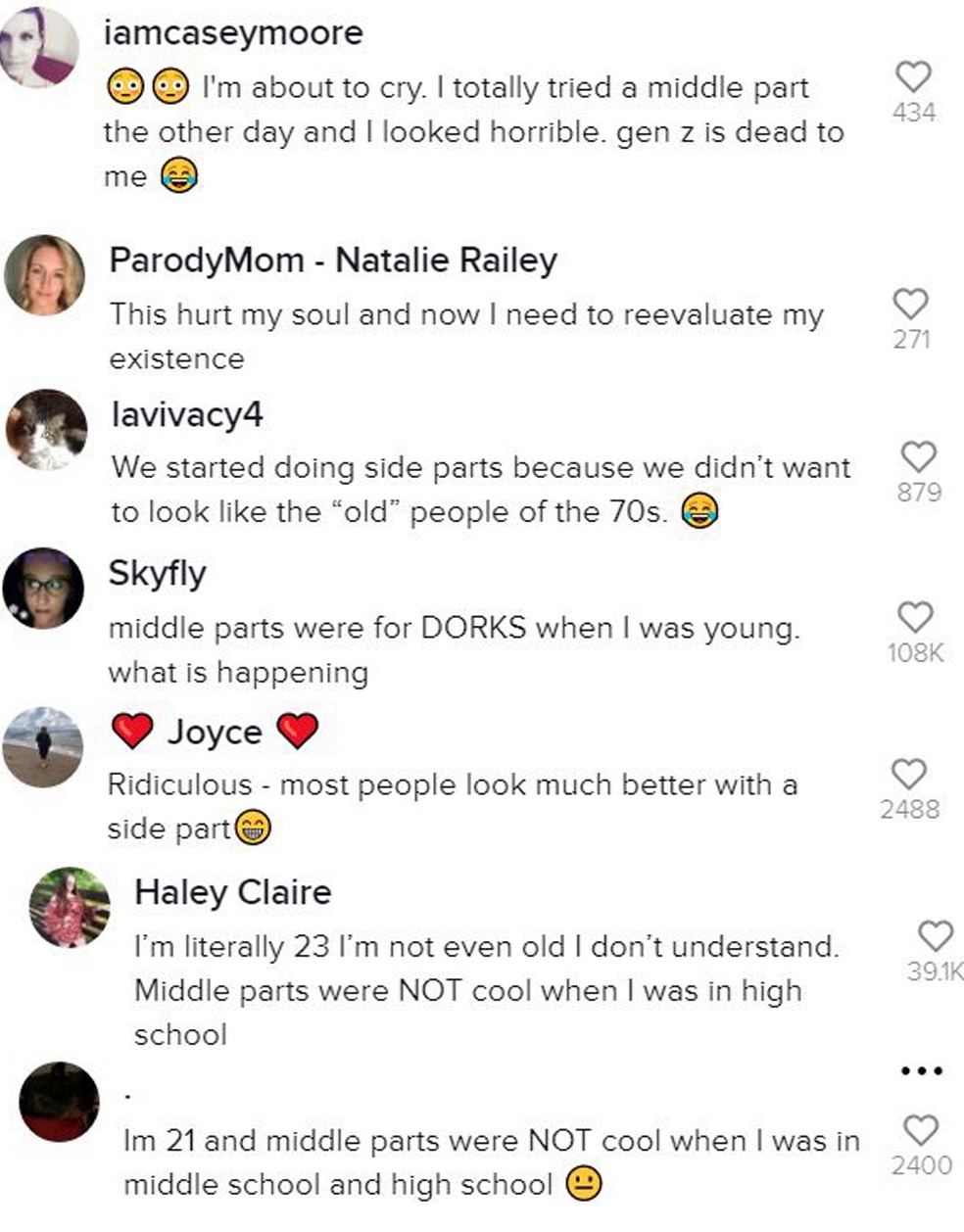 Her clip has racked up nearly six million views as people claimed middle parting were uncool when they were younger Credit: TikTok/@divine_curves11

Commenting online, one person said: “Middle parts were for dorks when I was young. What is happening.”

Another wrote: “I’m literally 23 and I’m not even old I don’t understand. Middle parts were NOT cold when I was in high school.”

A third commented: “Ridiculous – most people look much better with a side part.”

While this person revealed: “We started doing side parts because we didn’t want to look like the ‘old’ people of the 70s.”

Meanwhile these are the most epic lockdown beauty fails from dodgy tans to hair dye disasters & even Stacey Solomon’s not immune.

And this woman takes her hair extensions out with her dad’s pliers during lockdown – and is horrified with the end result.

Plus it turns out we’ve been wearing our dressing gowns all wrong as mum shares ‘game-changing’ hack.