A BRAVE woman refuses to shave off her moustache or massive unibrow even though men stare at it like it’s a ‘third head’ and yell insults at her in the street. 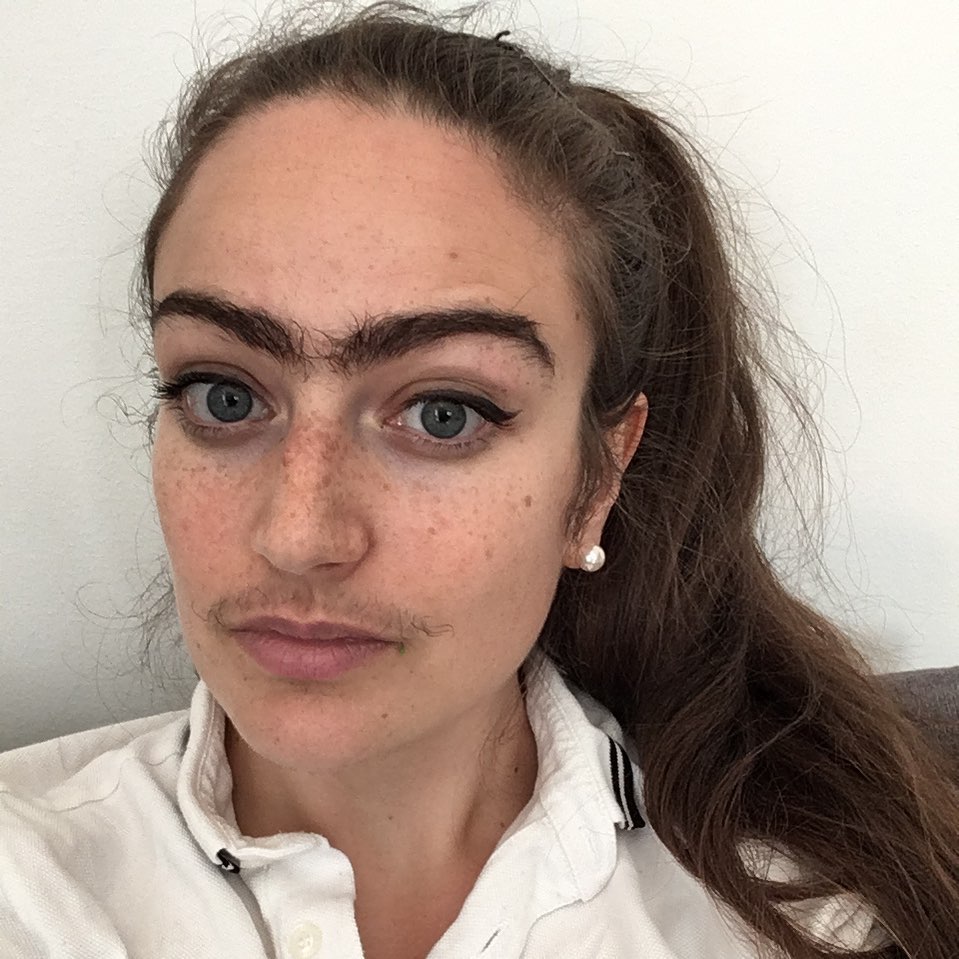 Eldina grew up in a small city where everyone was expected to fit in and look similar.

As she got older, she grew frustrated by the fact that women are expected to spend more time and money on maintaining their looks through hair removal than men are.

In March 2020, Eldina decided to stop plucking the hairs in between her eyebrows and removing the hair on her upper lip, realising she only felt less feminine when they were fuller because of societal expectations.

Eldina doesn’t care what she looks like or what other people think of her anymore but admits men have shouted ‘pluck that’ at her in the street and she notices men staring at her eyebrows like she has a ‘third head.’ 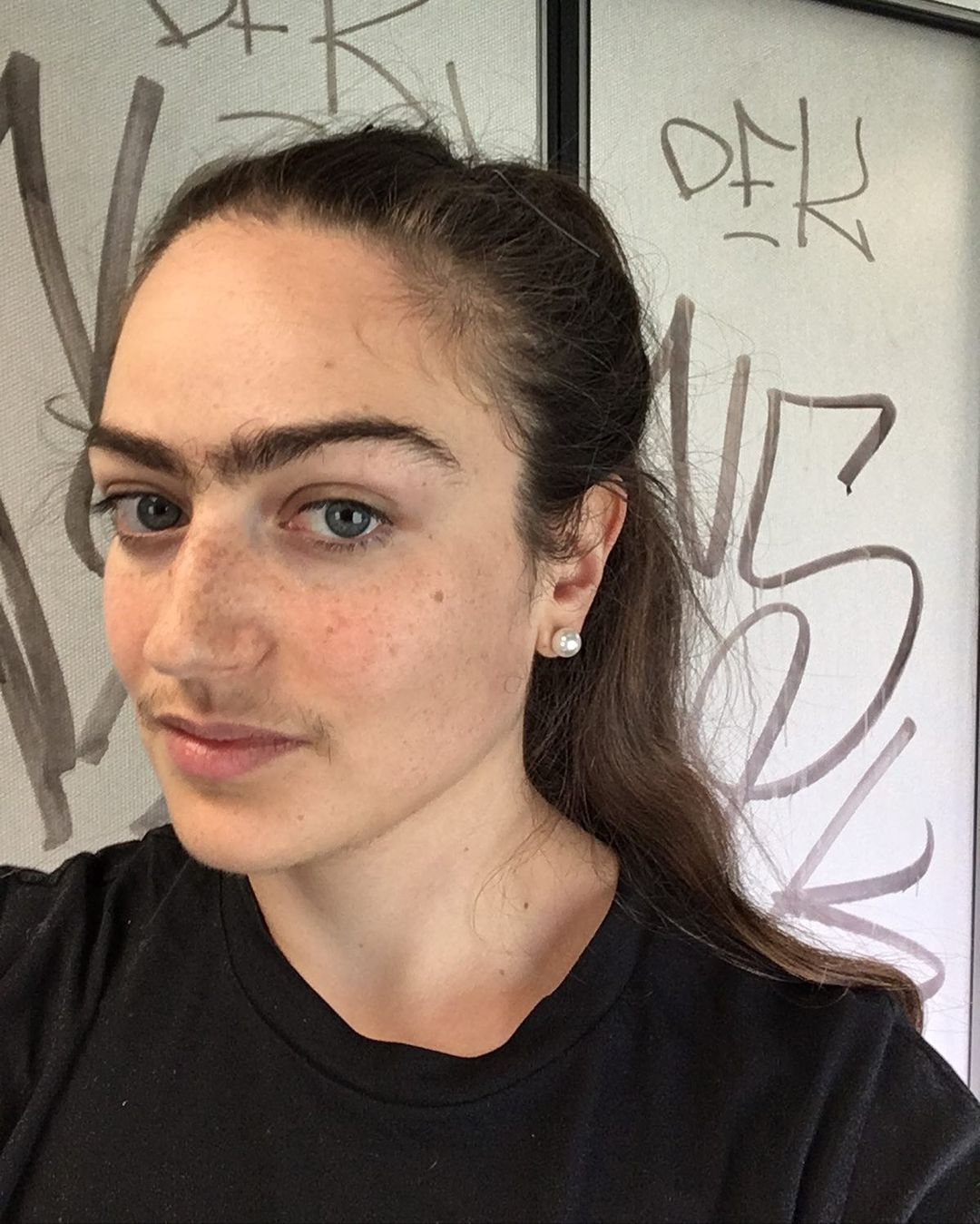 Eldina feels more confident than ever because she isn’t afraid to stand out from the crowdCredit: MDWfeatures/ Eldina Jaganjac 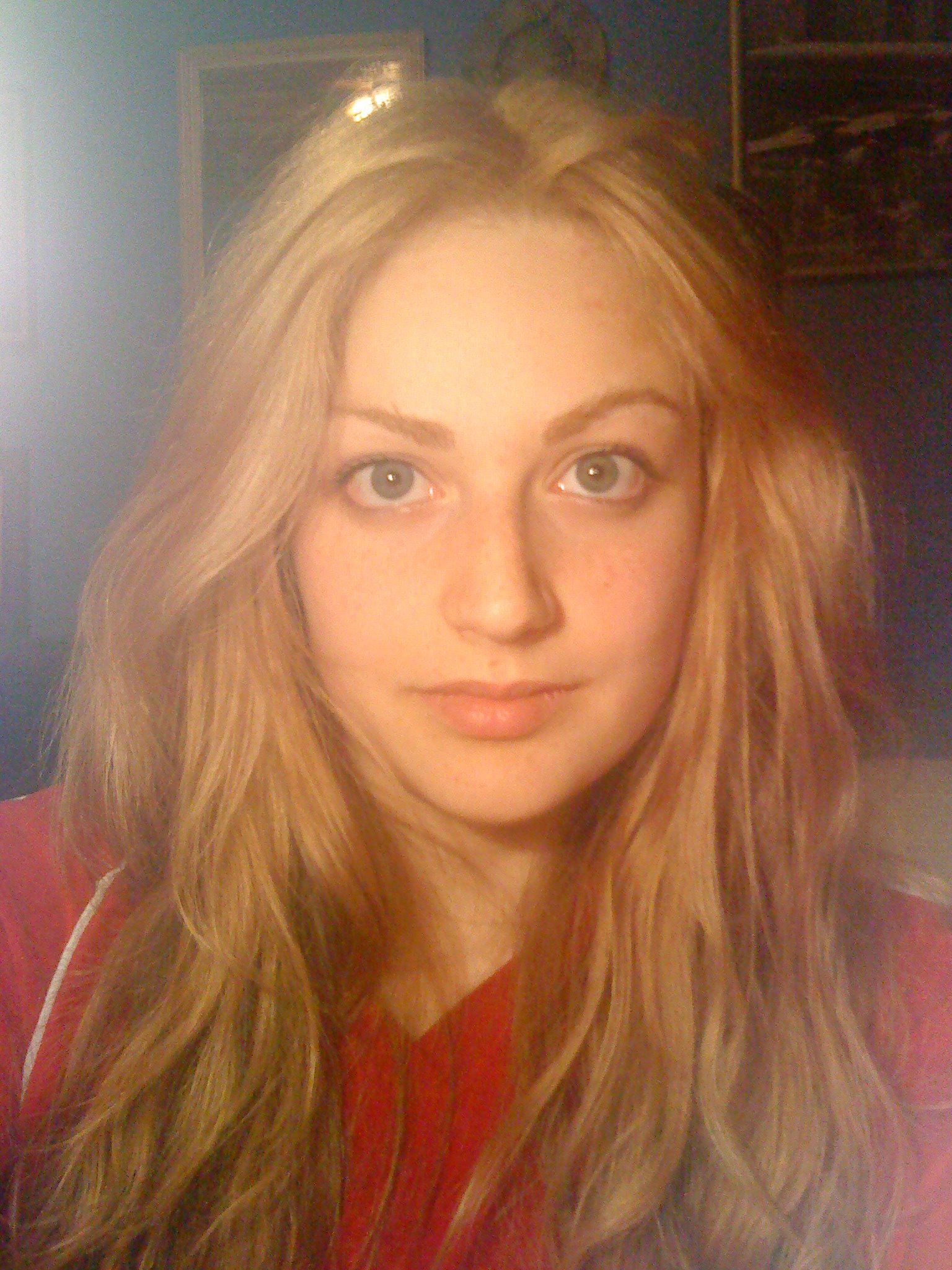 Eldina grew up in a small city where everyone was expected to fit in and look similar. Pictured when she used to pluck her hairCredit: MDWfeatures/ Eldina Jaganjac

When it comes to dating, Eldina believes that her unibrow and facial hair is a blessing as it means she gets to weed out any ‘conservative’ potential suitors who are put off by her look straight away.

Eldina said: “Before I let my unibrow grow out, I did feel like there were extremely limited options to how women were supposed to look.

“If a man doesn’t shave and doesn’t pluck his eyebrows, no one notices or comments and it’s nothing out of the ordinary.

“Just like many other women, I have learned to police myself. For instance, I used to not feel comfortable going outside unless my eyebrows were the accepted small size, and I wouldn’t go to the gym unless my legs were clean shaven.

“Now, I’ve chosen to focus on the tasks and goals that I need to have done and less on how I appear while doing them and whether people like me or not, because I probably won’t ever see them again, and if I do, I still don’t care.” 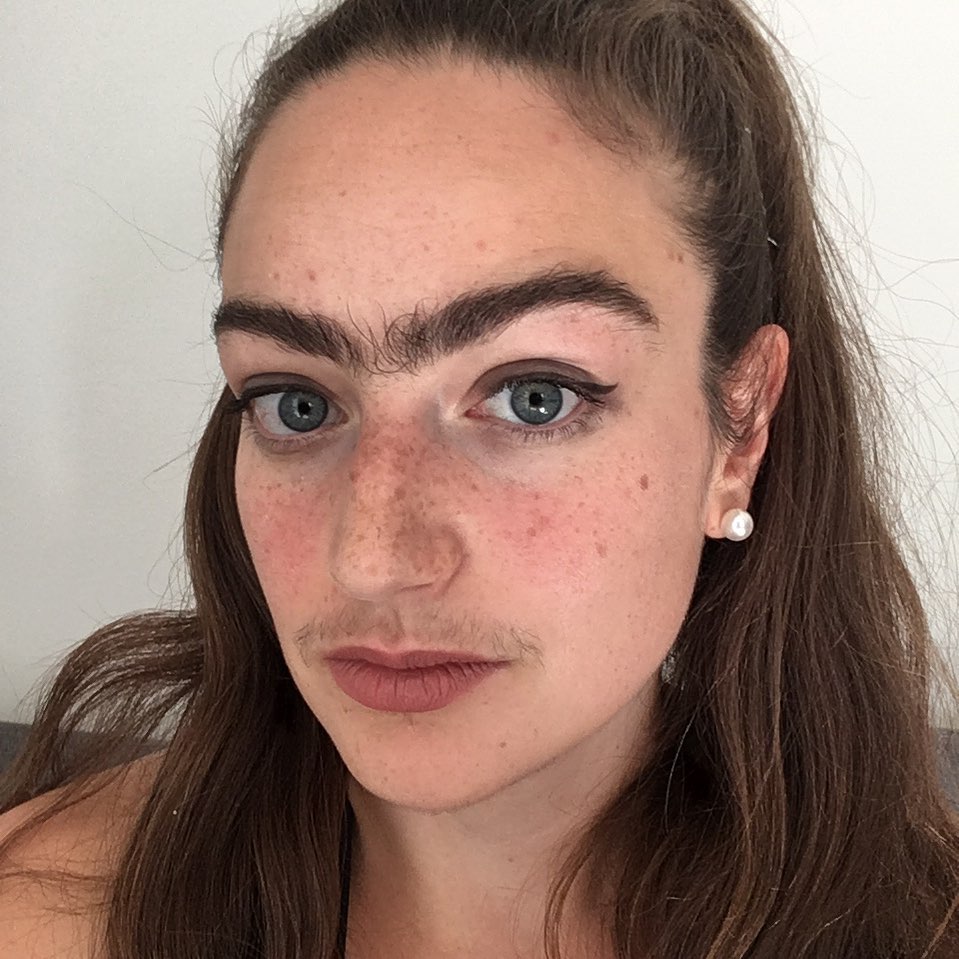 When it comes to dating, Eldina believes that her facial hair is a blessing as it ‘weeds out’ ‘conservative’ people who aren’t right for herCredit: MDWfeatures/ Eldina Jaganjac

When she put down the tweezers she said that some of her friends said they approved of the new look, and some didn’t even notice at all.

She added: “I’ve had people come up to me on the street telling me it was cool, and a few yelling at me.

“That was uncomfortable at first, but if some people have nothing to do other than yell at strangers, then so be it.

“Yes, I have had a few teenage boys yell at me in the streets, but nothing big.

“I think it’s hard to understand gender roles when you are a teenager and you are growing up, so I think seeing a woman doing something that is considered less feminine confuses these teenagers and they let it out on me because they start to question their own norms and understanding of what it means to be a man.

“I have noticed a few grown men stare at my unshaven legs and my eyebrows like I had a third head.” 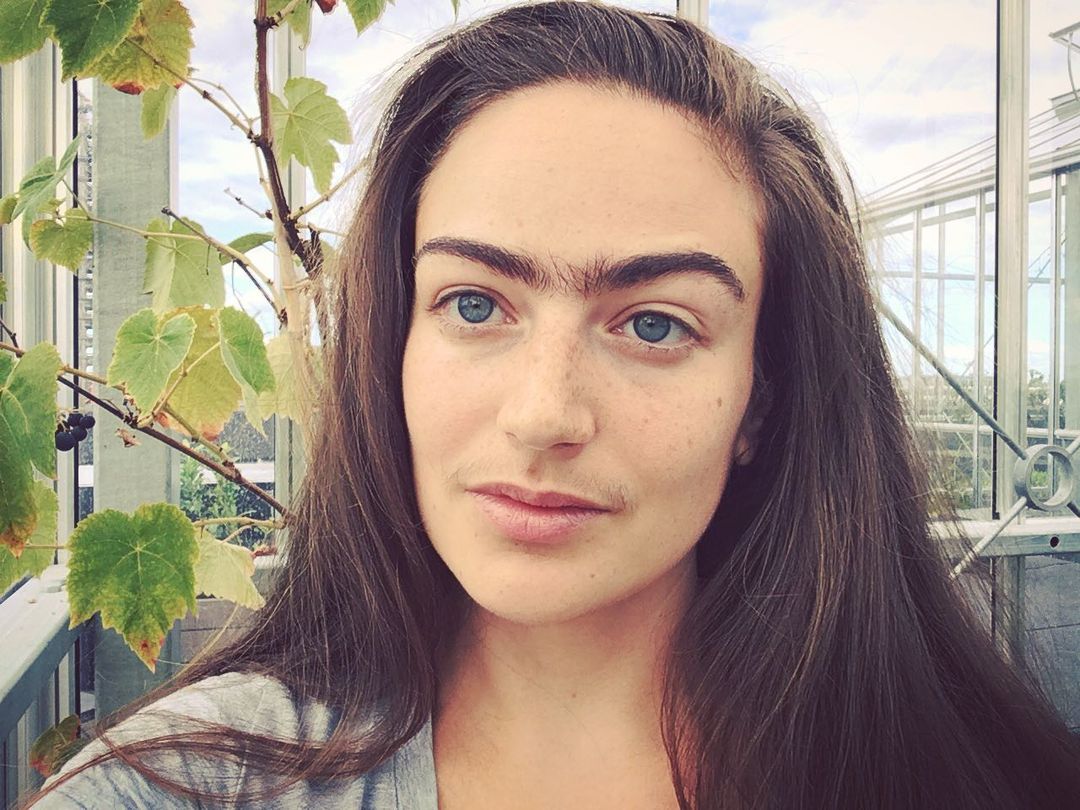 When she put down the tweezers she said that some of her friends said they approved of the new lookCredit: MDWfeatures/ Eldina Jaganjac

Eldina feels more confident than ever because she isn’t afraid to stand out from the crowd, but she stressed that people should only choose to go au-natural if they are comfortable doing so.

She urged: “Do what is comfortable for you and the right friends will stick around.

“By deeming some women less feminine because of body hair, society excludes several geographical areas in the world from femininity. 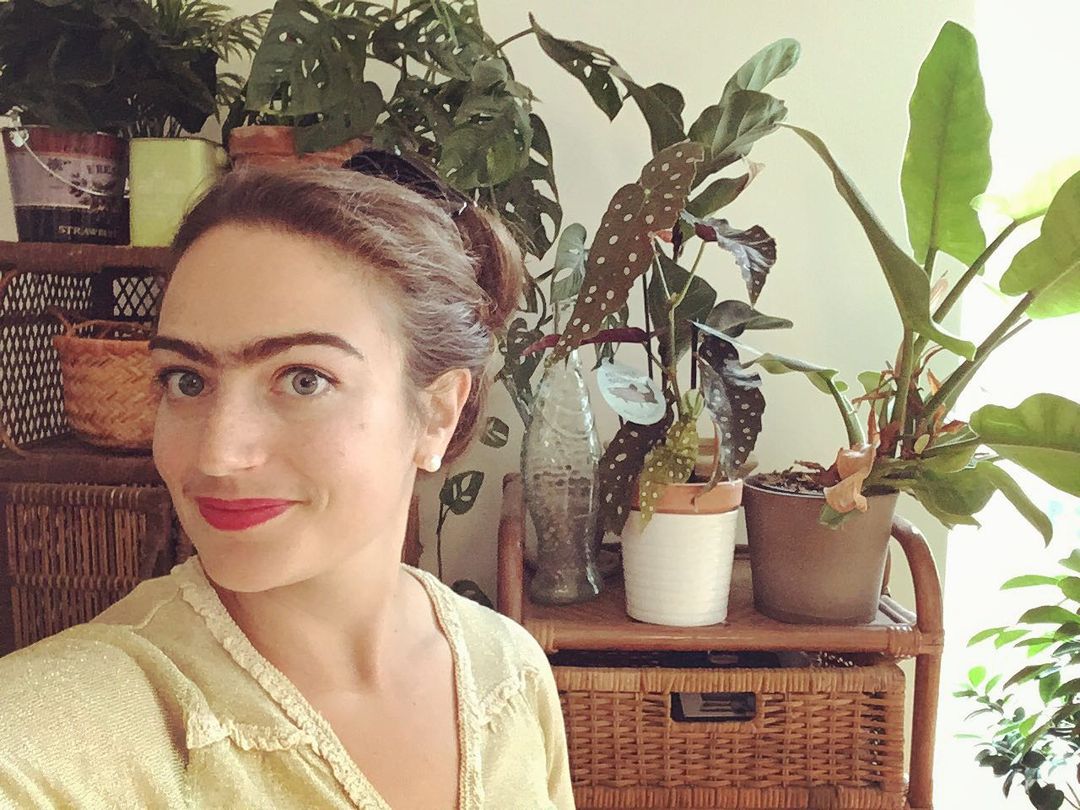 In March 2020, Eldina decided to stop plucking the hairs in between her eyebrows and removing the hair on her upper lipCredit: MDWfeatures/ Eldina Jaganjac

“In many areas of the world, women do have more visible and darker hair, and they are then forced or nudged to change their appearances more than women in, for example,

“To be accepted into this, we must spend more time and money just to be able to visually exist in an acceptable way, and yes, I do think that this is not fair.

“I think we have to ask the question: Why do we, as a society, deem it so important that women remove hairs from their bodies?

“I think this should be so irrelevant as there are so many other and more important things to focus on.”

We also told how a woman who spent 10 years shaving her facial hair is embracing her “hipster beard” after finding love.

We previously told how a woman who shaved for three hours a week has ditched the razor – but admits her hairy new look is “tough” on her husband.