SHE mastered the baby gate and kept climbing up the stairs every two minutes.

So one dad came up with an ingenious way to stop his little girl from getting up the stairs – using a fold-up table.

A dad came up with a brilliant hack to stop his daughter from climbing the stairsCredit: @keepingitkilpatrick/Tiktok 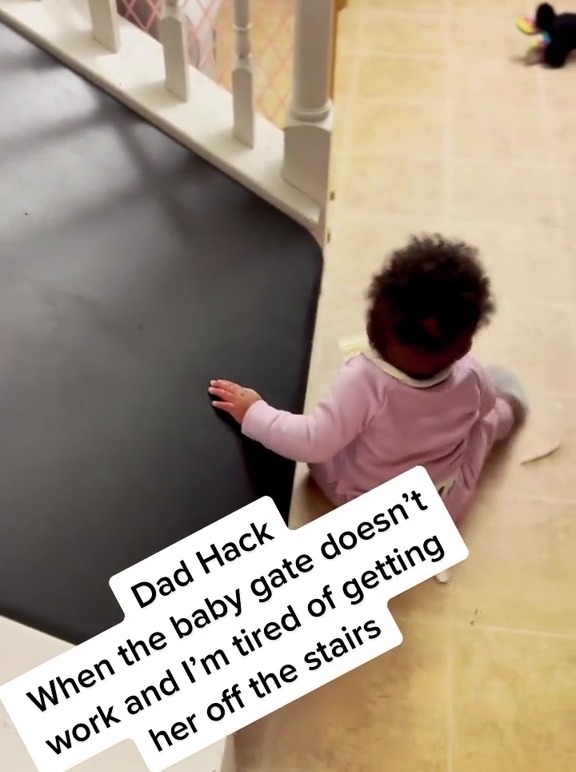 The tot was seen getting increasingly frustrated as she couldn’t climb up the tableCredit: @keepingitkilpatrick/Tiktok

Jeremy took to TikTok to share a video of his daughter trying to make her way up the stairs, but being unable to because she couldn’t climb up the slippery table.

“When the baby gate doesn’t work and I’m tired of getting her off the stairs,” he wrote on the video.

And he added in the caption: “Yes that is a card table.”

His hack was quickly praised by other parents, many of whom suggested he needed to patent a product that does the same job and get it on the market.

“You need to market this,” someone wrote, to which Jeremy replied: “Now that’s a good idea.”

‘Brilliant! PATENT THIS QUICKLY!” another person agreed, while someone else added: “This is genius tho.”

“Two birds!!! She also gets a workout from it. She’ll fall asleep fast!” someone else wrote, with Jeremy responding: “Lol went right to sleep.

“The workout plus the frustration lol.”

Following the enormous response to his hack, Jeremy took to the comments section and wrote: “Thank you everybody for the advice and support. 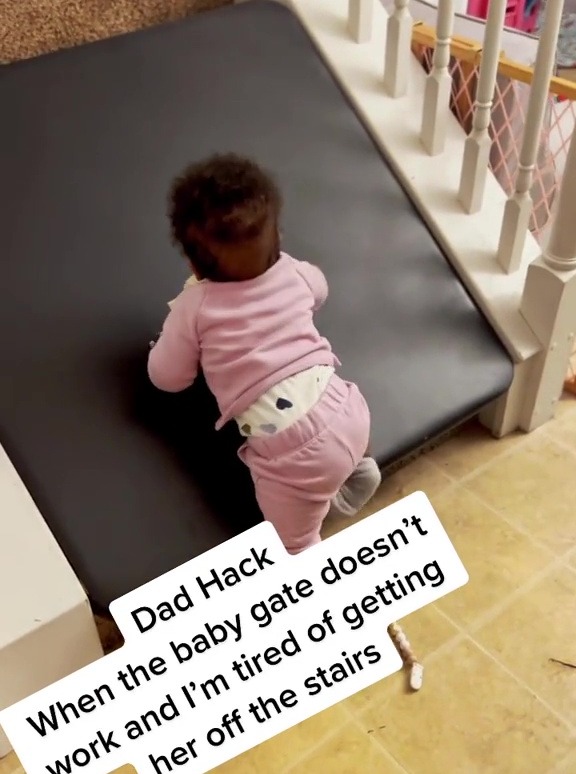 After the response to his hack, Jeremy is now considering marketing itCredit: @keepingitkilpatrick/Tiktok

“This is just a card table for now, but I am looking into actually getting a product developed!”

In other parenting hacks, this mum’s doorbell idea means she never has to shout at her kids when their dinner is ready.

Another dad has shared a clever hack to help if you’re flying with babies.

And this dad had a clever idea to ensure his daughter is safe on her first day of school.

A STRAIGHT-TALKING mum has gone viral after she shared a ‘savage’ note from the Tooth Fairy warning her youngster to...

Oliver’s no longer number one for baby names & Sophia & Jack have gone down in popularity, where does your choice rank?