I spend £500 taking my daughter, 12, on monthly spa visits- people can say what they like but I’m teaching her self-care

GROWING up, going to get your nails done was the most glamorous thing imaginable… and something our mums would only treat us to once in a blue moon.

But for Jeri Bradfield, 35, teaching her daughter the importance of self-care is something she’s more than willing to splash out on.

Jeri spends £500 every year for her daughter’s spa daysCredit: . 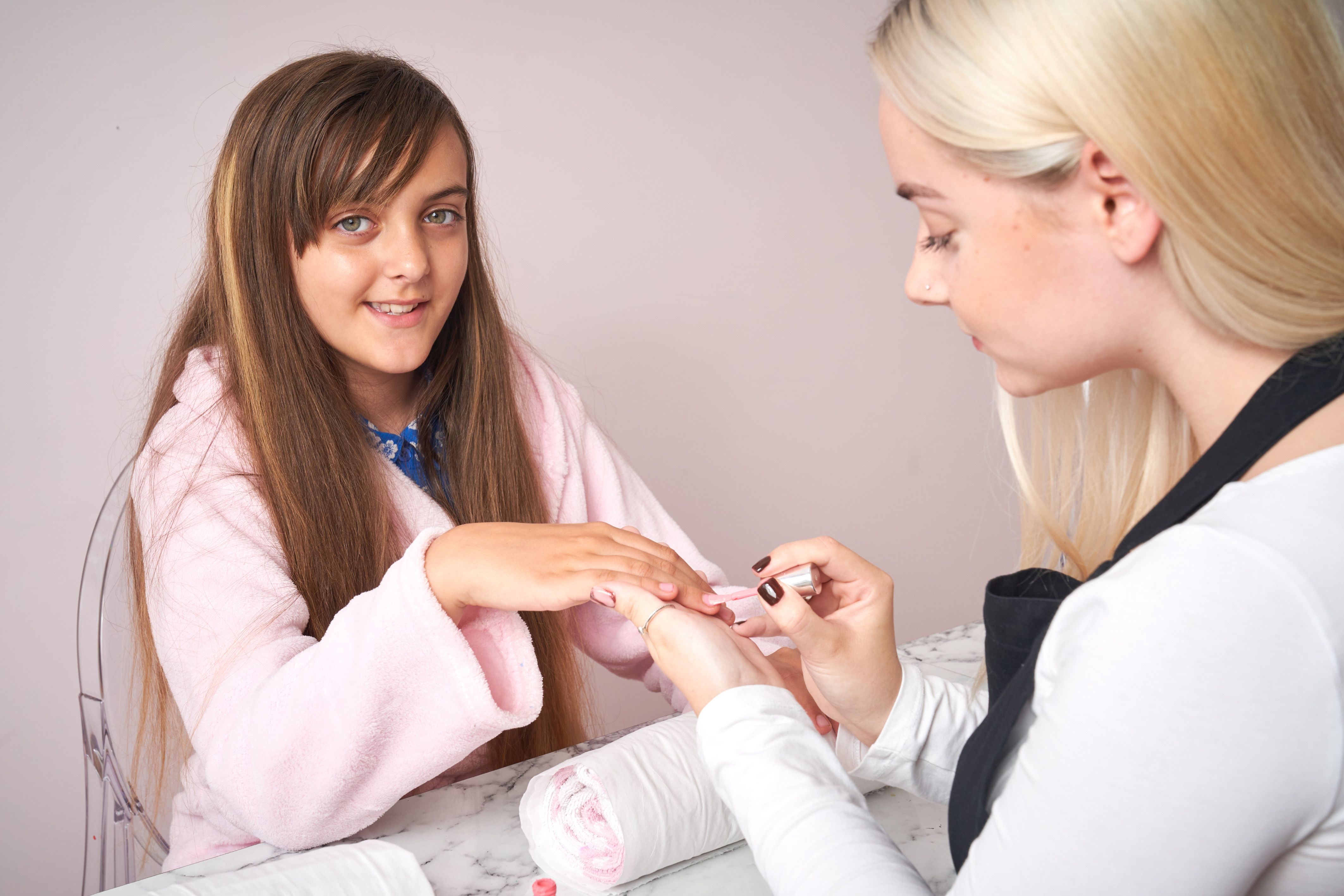 Demi has a manicure, pedicure, face mask and afternoon tea with every tripCredit: .

The mum, from Basildon, Essex, spends over £500 a year on treatments for her 12-year-old daughter Demi to Lila’s Spa in Westcliff-on-Sea.

Almost every month, the lucky pre-teen is treated to a manicure and pedicure along with a restorative face mask.

And when she’s done pampering, Demi – who has autism – then tucks into an afternoon courtesy of her mum.

In total, every trip sets Jeri back a cool £42 – but the mum insists that it’s money well-spent.

The mum – who is employed as a part-time carer – said: “Demi suffers badly with anxiety but now that I’ve been taking her to get spa treatments done each month, her self-belief has grown so much.

“She absolutely loves it and always looks forward to having her next session.

As Demi is one of four kids, Jeri says her pampering sessions are a chance for them to spend quality time together too.

Jeri continued: “It makes her feel so grown up and special and she really enjoys going.

Demi suffers badly with anxiety but now that I’ve been taking her to get spa treatments done each month, her self-belief has grown so much.

“She comes out afterwards and is so happy and excited. It’s really great to see.”

Since Demi’s first pampering trip two years ago, Jeri says her daughter’s confidence has grown enormously and she’ll happily chat away to staff.

The mum continued: “No-one has ever said anything bad about me taking Demi out to get pampered every month.

“I don’t see anything wrong with it. At the end of the day, it’s just a little treat.

“I would encourage other parents to do this because it’s important to teach children that it’s ok to pamper yourself. 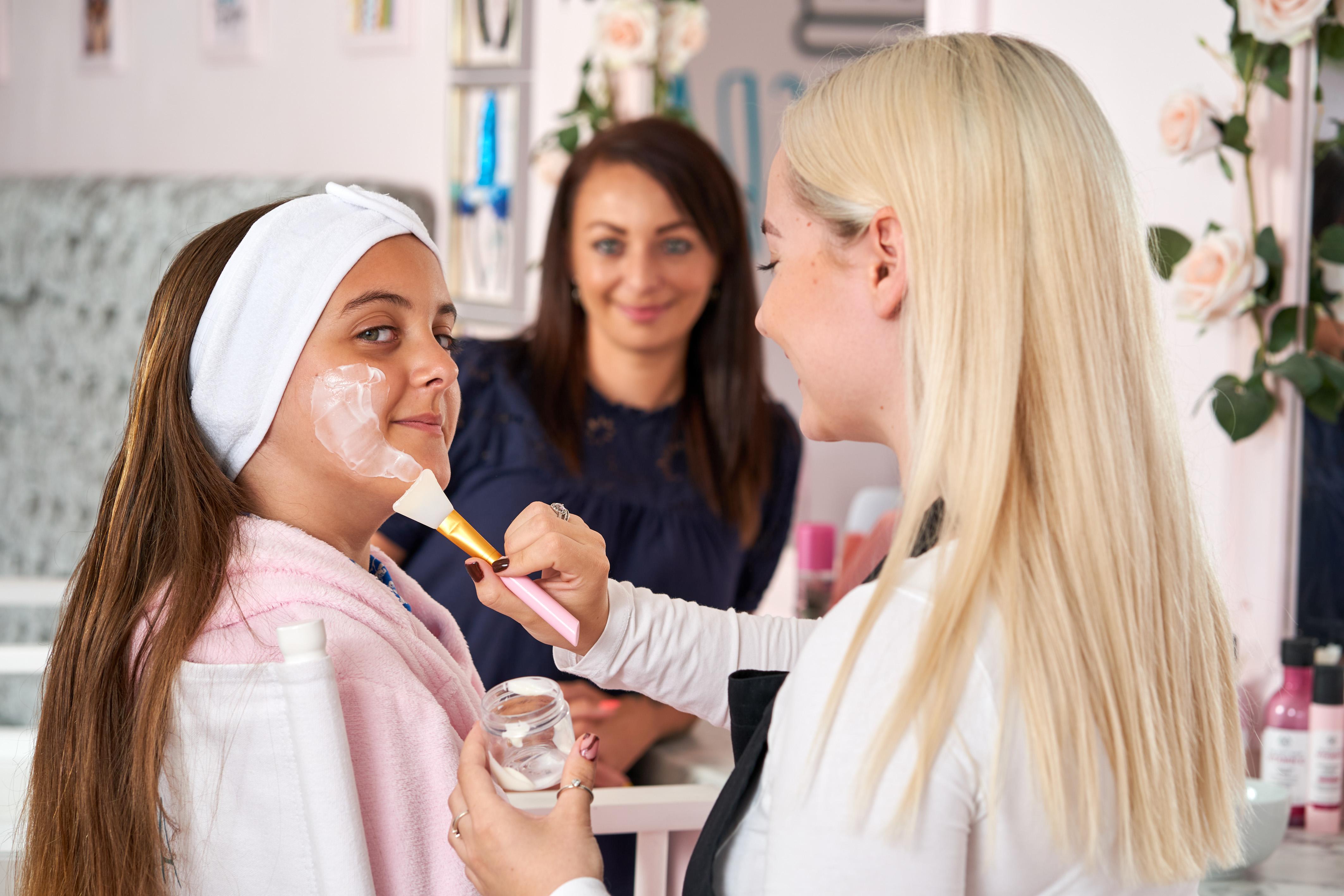 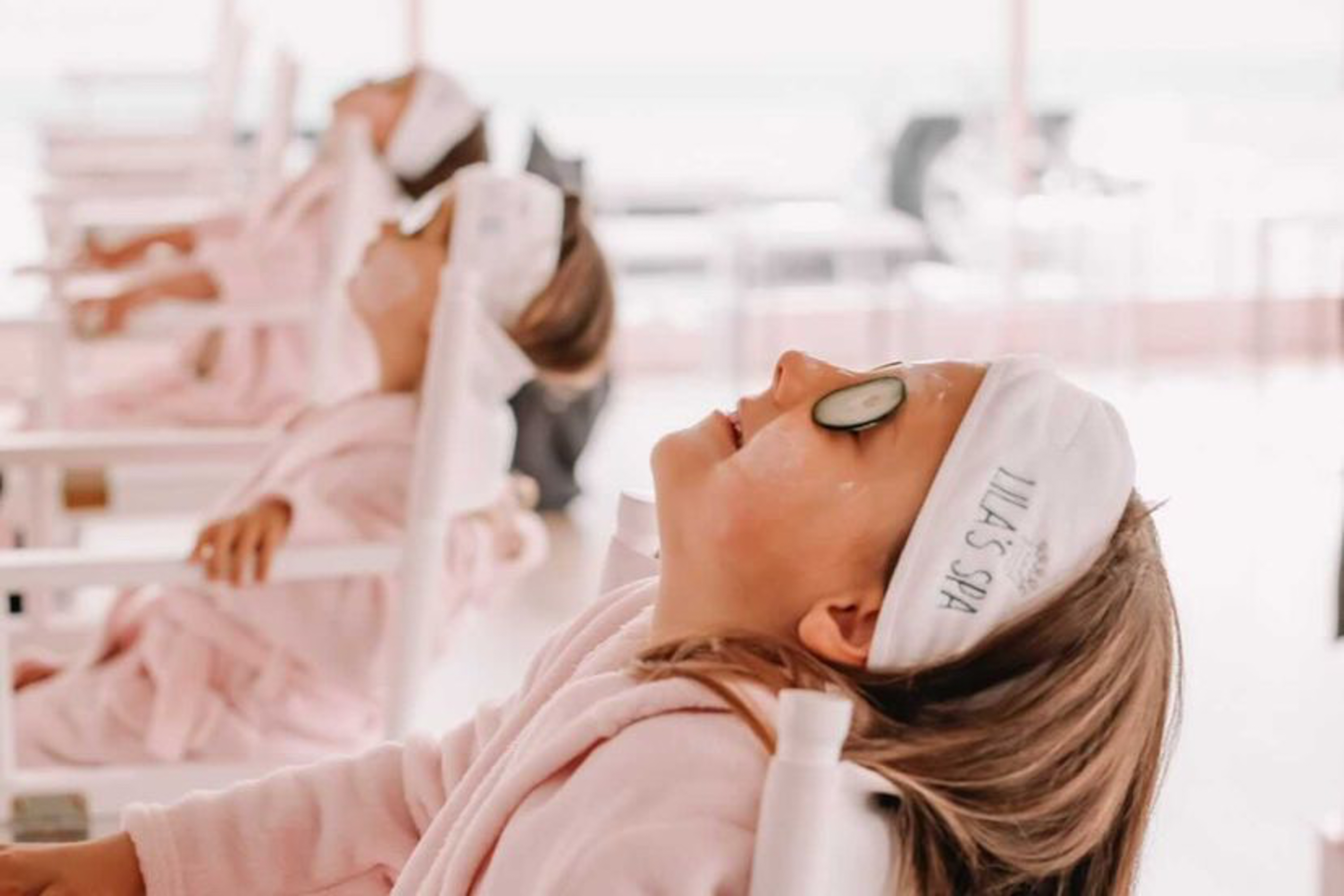 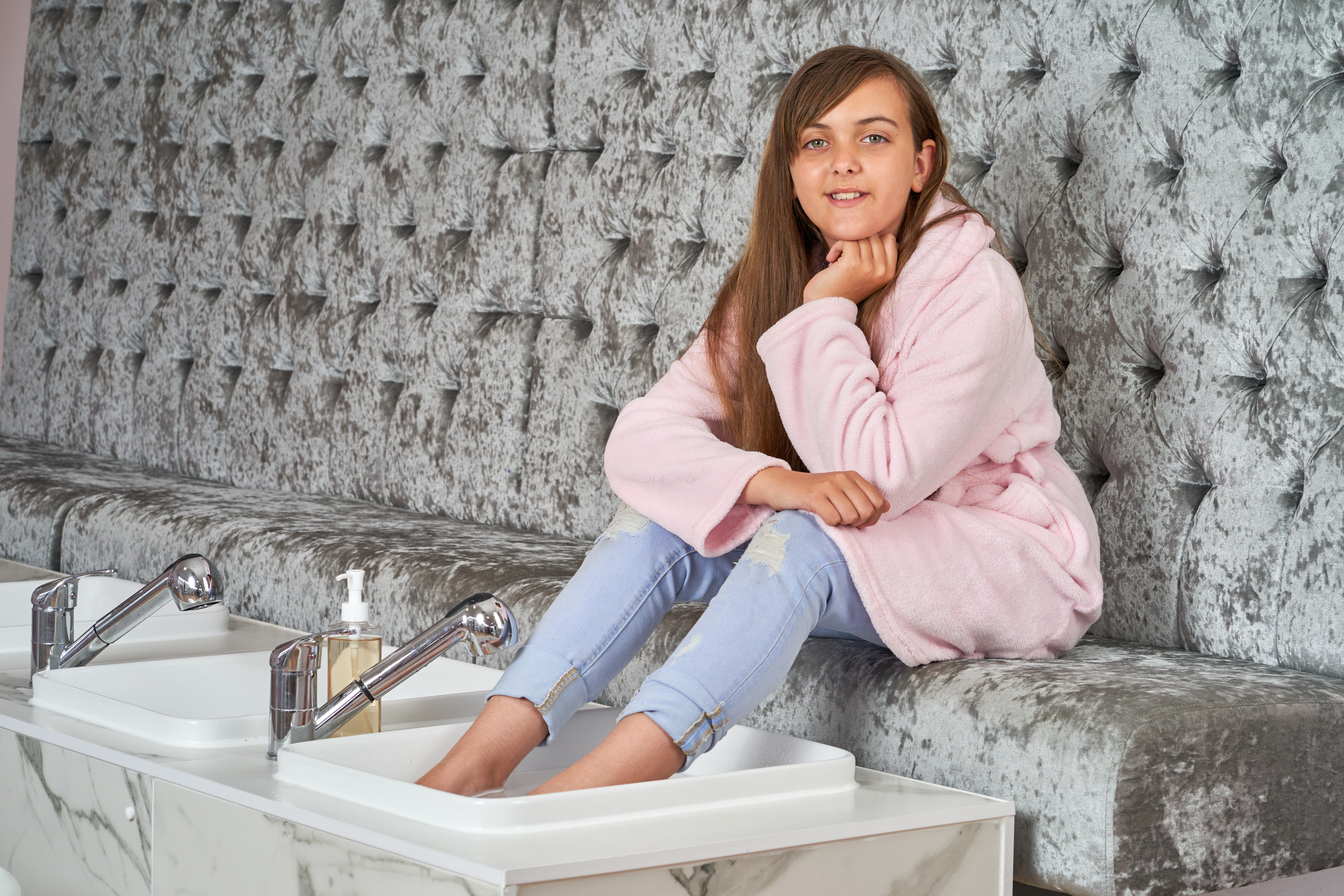 An average trip with set Jeri back £42Credit: .

“It’s such a confidence booster for Demi because she went into the salon so quiet at first and when she came out after she was so chatty. They’re so kind to her.”

The owner of Lila’s Spa, Kelly Lancaster, 37, said: “It’s not something you can normally get done on the high street.

“We’re more of a pampering salon and do mini manicures, facials, body painting and hair braiding.

“They get to have cucumbers on their eyes when they have facials so they enjoy sitting there and relaxing in the chair.”

At Lila’s Spa, children can also be spoilt alongside their mums for a £90 treatment.

Kelly added: “The children see their mums have similar treatments done at an adult salon or spa where they have to sit quietly, but here they get to experience the same thing in a more child-friendly environment.

“There’s lots of different characters that come in – some are very shy but once they get into it they come out of their shell and get really chatty, such as Demi, which is nice to see.

“Demi has all of the treatments and it’s her little treat for being good at school or for a bit of a boost.

“We want to promote confidence in children and to be themselves.”

For more parenting stories, this mum proudly showed off daughter’s stunning nursery – but gets absolutely roasted for ‘dangerous’ design flaw.

And this mum was in hysterics after her twin sons threatened to call an ambulance after seeing her ‘bleed out of her booty’.

Plus parents say this burping hack works in seconds and stops sleepless nights.

Meet the women who spent thousands on post-lockdown makeovers