CHOOSING when to stop breastfeeding your child can be controversial for many parents.

This ‘crunchy’ mum’s decisions over continuing to breastfeed her six-year-old have so controversial, she’s been accused of ‘sexual assault.’

The new mum has been open about her parenting onlineCredit: TikTok 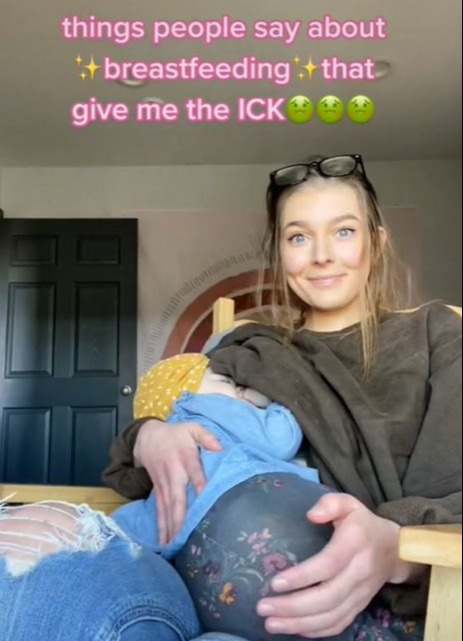 She is a proud advocate for breastfeedingCredit: TikTok

For 20-year-old Jacy it’s her choice to continue to feed her daughter breastmilk straight from the source, for as long as she wants.

In a TikTok, which has 1.8 million views, she filmed herself holding her child as she breastfeeds her, with writing that says: “You’d have to be one sick mf to plan to breastfeed until she’s six.”

She was holding her first child, and says she plans to breastfeed all her future children in the same way.

In another Tiktok, Jacy replied to a comment which read: “Your child will fully resent you for it in the future. At that point it becomes a form of sexual assault.”

To which she said: “Extended breastfeeding is not sexual assault.

“There’s nothing sexual about a child eating,” she said as she zoomed into the camera to add emphasis to her point.

“Just because you sexualise breasts, doesn’t mean a child does. A child is eating, they use you for nourishment.

“You don’t even have kids, stop.” The young mum replied.

Jacy also wrote that there are a plethora of health benefits of breastfeeding for mum and baby.

Fellow shocked parents rushed to the comments, saying: “6 is definitely too old.”

“If ur child is old enough to remember that’s too old.” Another insisted.

While some were supportive, saying: “Yes mama! what we call extended here in the US is normal around the world. just b/c we want mothers to go back to work faster among other reasons.”

A few hated the rude comment she had to respond to, as the wrote: “Ugh. I hate people like that. Why even think that??? Comments like that make some moms not even want to breastfeed. It’s a beautiful thing.”

While another asked: “What is wrong with people? A child is not sexualising their primary food source…”

“It’s bad for their teeth,” said another.

Many chose to blame Jacy, saying: “At this point there’s something wrong with the parent.”

While some said: “Eek i feel bad for that kid, and told her: “You gotta stop before they’re in school.”

“At 6 years old, you’re risking her getting bullied if her friends find out. That’s not fair to her.” Explained a concerned parent.

While one offered a solution, saying: “Just pump and have them drink it.” 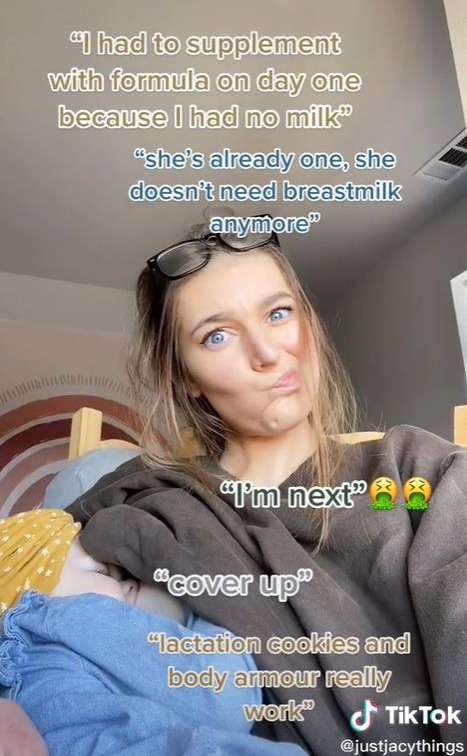 She has also shared a lot of things that do not make her a crunchy mumCredit: TikTok 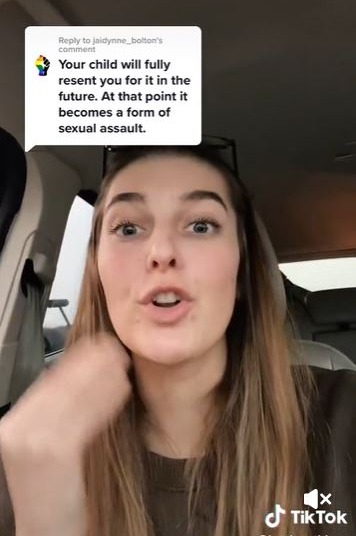 Jacy got passionate in her replyCredit: TikTok

For more parenting stories, check out I’m a mum-of-8 & had to customise kitchen so everyone can sit down – I’ve had utensils made so I cook enough food too

Plus, I’m a relaxed mum and we’ve never been quiet around the baby – we vacuum next to her and she now never wakes up

Meanwhile, I’m a pregnant mum-of-12 and NEVER use contraception – my kids don’t go to school, they bake to learn maths

I thought I’d look sexy when I was pregnant

"You've got that pregnancy glow". It's a phrase that every expectant mum wants to hear. Anoushka Chappell took to TikTok...