I’m a mum and openly judge other parents

A MUM has started a series on TikTok explaining all of the things she judges other parents for.

The mum, Charlotte, posted the series on her TikTok account, charlottescrunchymama, where the first video in the series has been viewed over 200k times.

The mum of four shared a list of parenting methods she judgesCredit: @charlottescrunchymama/Tiktok

Charlotte, a mum of four who lives in England started her makeup routine as she lists the many reasons she judges other parents.

She wrote in the caption: “Prob gonna get hate but I know some of these annoy other parents too!”

Charlotte explained: “The parents that will post on Facebook saying “Oh I don’t know if I’ve got my child enough presents for Christmas or their birthday” and then literally a mountain of presents.

“Now I don’t care about seeing that picture itself, but it’s the caption that goes with it, where they are wanting that attention from people going “Oh my goodness, you’ve got them so much, oh you can do so much better than me.”

“Now I know that everybody has different financial circumstances and if you want to spend £1500 on your child, you go and do that, that’s your money.

“But don’t then say on a public post “Oh I don’t think I’ve spent enough” when everybody knows there is a lot of families out there on Universal Credit or in really bad situations that they cannot afford that.

She then goes on to say she judges other parents for being late for the school drop-off and pick-up.

“I absolutely hate it when the same parents are late for every single morning drop-off and every single pick-up.

“I get the occasional one, where maybe you’re stuck in traffic, their car wouldn’t start or they couldn’t find their shoes.

“But the ones who are late every single day, like, do better.

“You know how long it takes you to get from A to B so just set your alarm a bit earlier, get out the door and get ready.

“When your child enters the big world and has to get ready for work if they are late for their job, they might lose their job.

Charlotte goes on to say she also dislikes survivor bias, which she says many parents are guilty of doing by saying “I used to do that with my kids and they turned out fine”.

She then turns to the subject of hitting your children Charlotte says: “It shouldn’t be done.

“You shouldn’t hit, pop, spank, tap, whatever you want to say, your child.

“If you wouldn’t do it to an animal why should you do it to a kid?

She goes on to say If you can get arrested for hitting a woman, man or animal then you shouldn’t do it to kids. Period.

“And if you do it, I’m going to judge you and report you as well.”

Charlotte now has three videos in her series, and users had a lot to say about Charlotte’s opinions.

“My biggest pet peeve is those who judge others’ parenting on any level.”

Charlotte responded: “I see what you did there, but let’s be honest everybody judges, everyone b***hes but no one wants to say anything.”

Another user commented: “Hardest thing ever being a parent, don’t need the likes of you to judge us on our parenting skills. Concentrate on yourself.”

A third person replied: “Ever consider that the ones who are always late are the ones that are struggling?”

But there were also users who agreed with charlottes parenting opinions.

One wrote: “The amount of people who disagree with the hitting kids part is seriously concerning.” 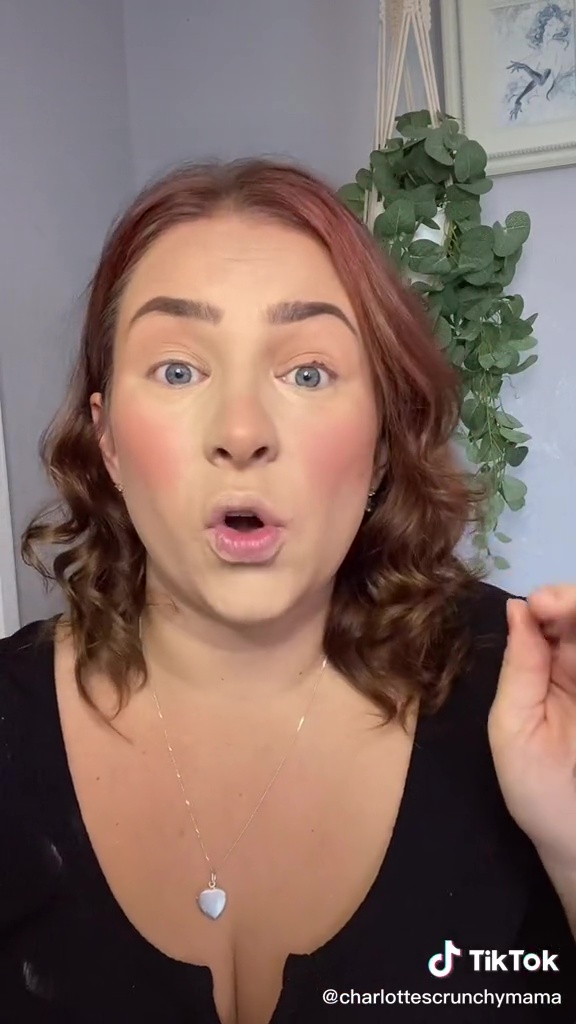 Many users claimed Charlotte was judgemental but others couldn’t have agreed more with herCredit: @charlottescrunchymama/Tiktok

Check out this dad’s sneaky trick to make his kids behave like angels for Christmas.

Plus, mum slammed for ‘spoiling’ her daughter after showing messy playroom pictures, but the clear-up reveal is stunning.

Meanwhile, how to stop all your baby wipes coming out with this one simple hair accessory.