A MUM has revealed that she bans her child from going to sleepovers, but has three reasons why.

TikTok mum @treeeflower said she gets asked all the time why she puts the boundary in place, even with family members.

She explained: “Why we say no to sleepovers, even with family. 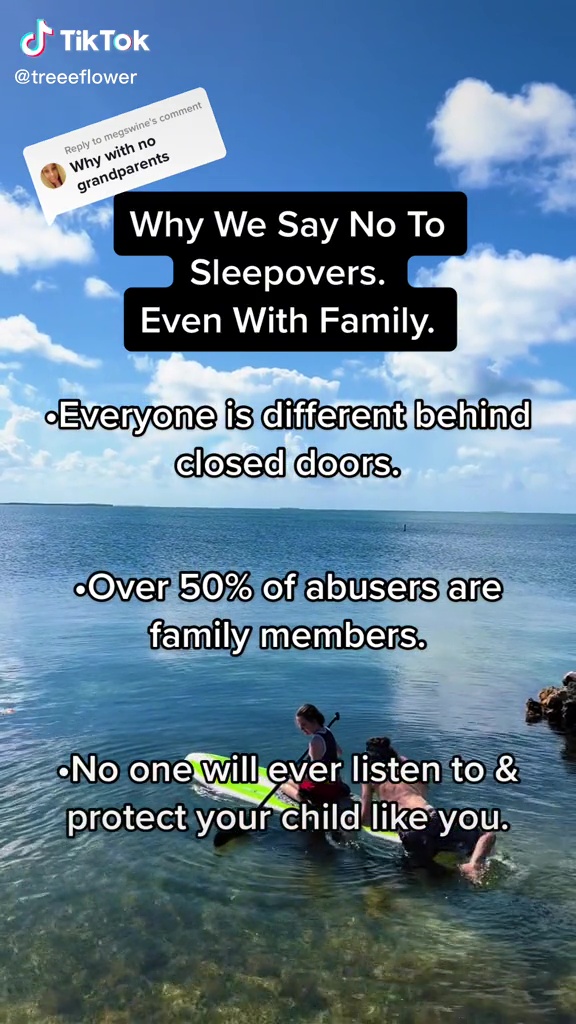 “Everyone is different behind closed doors.

“Over 50% of abusers are family members.

“No one will ever listen to & protect your child like you.” 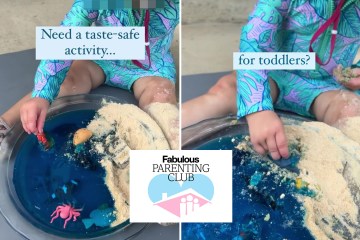 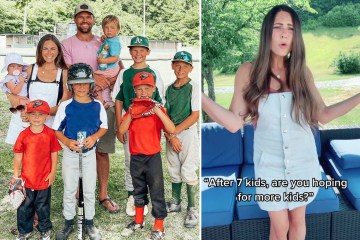 She replied to a person who asked if she even applies this to grandparents, and she agreed.

Many people were torn in their reaction to the parenting rule.

One said: “I grew up having sleepovers often, both at our home and my friend’s homes. One of the many things that made for a great childhood (70’s).”

Another added: “That’s sad for your kids honestly, will miss out on a lot of memories.”

However, many people supported her decision.

One wrote: “I totally get it, this was instilled into me by my mum, my parents are the only other people who I feel comfortable with.”

A second commented: “yep. we won’t be doing sleepovers. they’re pointless anyway. no reason for my kids to be overnight with anyone else.”

Previously, she said her daughter doesn’t have a bedtime, and she can stay up until 5am if she wants.

She explained: “No bedtimes, or wake up times, (sometimes that means going to sleep at 5am and waking up at 4pm).

The mum added she also puts no limit on screen times for her daughter and she is free to make her own choices.

The mum shared how she is a “crunchy mum”, and according to Kidspot.au, this means a mum who would prefer to use natural options if they can.

They wrote: “Crunchy mums usually choose the natural option instead of the mass-produced or medicated one.”

Typically that can include drug-free home births, placenta encapsulating, breastfeeding until a child weans themselves, co-sleeping, attachment parenting and can include homeschooling.

A STRAIGHT-TALKING mum has gone viral after she shared a ‘savage’ note from the Tooth Fairy warning her youngster to...

Oliver’s no longer number one for baby names & Sophia & Jack have gone down in popularity, where does your choice rank?