I’m one of 14, my parents just gave up in the end and let my little brother suck on raw bacon instead of a dummy

A WOMAN revealed what it was like growing up as one of 14 and claimed her parents just gave up eventually, allowing her youngest brother to suck on raw bacon instead of a dummy.

Tiktok user Pear Pear shares stories about her upbringing with her followers, previously saying that her parents told their kids unusual lies, including that Toys R Us was a museum.

Pear Pear has shared many stories of her childhood on TiktokCredit: TikTok/@intensepear6677 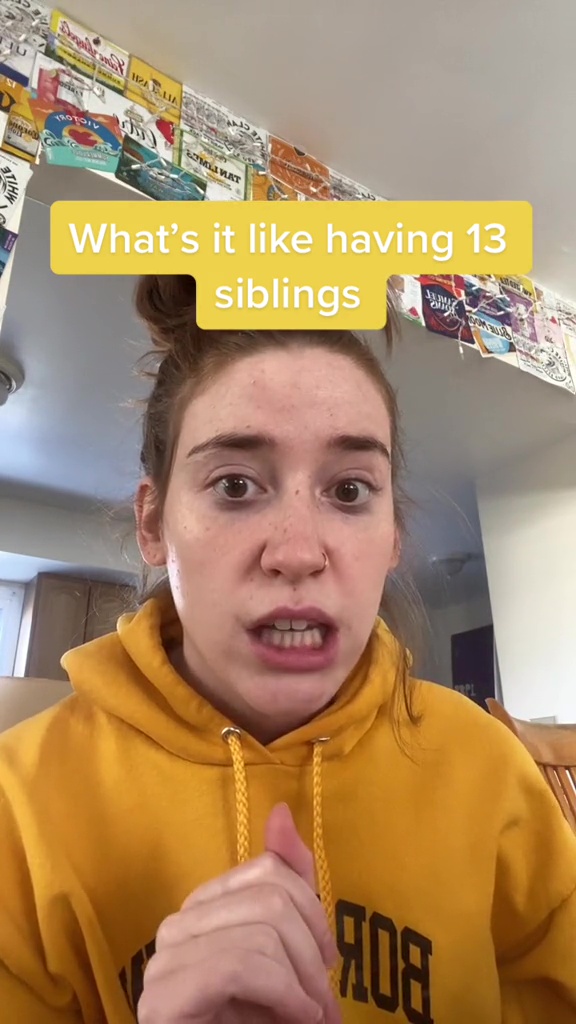 She claimed that her brother used to suck raw bacon instead of a dummyCredit: TikTok/@intensepear6677

Her latest description of her upbringing left viewers absolutely stunned, when she claimed that her youngest brother sucked on bacon instead of using a dummy.

People are always curious about what it was like growing up with so many people in the house, Pear Pear claimed.

Pear Pear explained: “So, everybody always asks when I tell them that I have 13 siblings, their immediate question is just: ‘What was it like having 13 siblings? What was it like growing up in a house with 13 other people?’ And let me tell you.”

She then shared the story of her youngest brother’s favourite “comforting” activity.

She said: “My youngest brother, 14 out of 14, love that kid, but his favourite comforting mechanism as a child, rather than having like a pacifier, he would suck on raw bacon.

She said: “He wouldn’t chew it, he wouldn’t eat it, he would just suck that thing dry, you know what I’m saying. When you have 13 siblings, your parents just give up eventually.”

The video racked up 660,900 likes and commenters couldn’t believe the story.

“They really do give up after the sixth child I think”, said one commenter, while another wrote: “Cheaper by the Dozen irl.”

“I’m very happy to be an only child round about now”, added a third.

For more parenting stories, check out “I drew jet-black eyebrows on my baby for a fancy dress party… a week later I still can’t get them off“.

Also, “I work in NICU – these are the most bizarre baby names I’ve heard in the delivery suite“.

As well as this, “I pierced my baby boy’s ears – trolls say it’s cruel, but I don’t care“.

I thought I’d look sexy when I was pregnant

"You've got that pregnancy glow". It's a phrase that every expectant mum wants to hear. Anoushka Chappell took to TikTok...