CHOOSING a baby name is difficult at the best of times.

So imagine finally settling on a moniker – only for your sister-in-law, who hasn’t even got a boyfriend – to decide that it’s off limits because it’s her favourite baby name.

An anonymous woman, who is from the UK and expecting her third baby, has expressed her frustration after her sister-in-law “called dibs” on her favourite baby name. Pictured, stock imageCredit: Getty

That’s the unfortunate scenario one pregnant woman, from the UK, found herself in.

Taking to Reddit, the anonymous woman, who is expecting her third child, explained: “When I was pregnant with my first my sister-in-law had asked me what names we were thinking of. So I told her a list of names – one of them being Olivia.

She got immediately upset and told me she wanted to name her baby that and had always liked the name.”

“My sister-in-law was not even in a relationship at this time. Similar situation for me, it has always been a name I loved.” 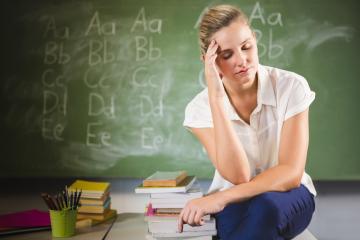 But to make matters even worse, the pregnant woman explained that it caused arguments between her and her husband.

“Husband and I argued about it and he said I was being unreasonable and that there were other names I liked and could use,” she continued.

“Our baby was a boy so of course we did not use the name.”

“On my second baby my sister in law asked me daily what baby names I was considering but to save any aggravation I told her I would be keeping them to myself this time.

“We had a girl but opted for a different name.”

However, fast forward and the woman is now expecting her third baby.

“Sister-in-law is in a relationship now but no plans to have kids in the near future,” she explained.

“If we have a girl this time I want to use the name as I feel it works beautifully with my two other children’s names.”

She went on to ask if others agreed it’s unreasonable for her sister-in-law to “call dibs” on a name they both love.

“We otherwise get along great and always have but the first time I mentioned using the name she didn’t speak to me for two weeks,” she added.

And it wasn’t long before social media users took to the comment section.

“NTA. Never tell relatives what your names are. Choose the name you really want your child to have…and get your husband on board NOW,” wrote one.

A second commented: “NTA, you don’t get to call lifelong dibs on a name and dictate what other mothers get to name their children.

Your husband needs to back you up on this, he seems quite spineless to family members telling him what to do.”

A third agreed: “NTA lmao this is ridiculous, its one thing if she was pregnant.”

“And if your husband genuinely hates the name that’s one thing but if he doesn’t wanna name it just in case his sister gives birth to a girl someday that’s BS.”

SOMETIMES PEOPLE MAKE ME WANNA RIP MY HAIR OUT FROM HOW CHILDISH THEY ARE.”

Meanwhile, a fourth added: “NTA. No-one owns a name but I would consider if you love the name enough to deal with the aggravation your petty SIL will cause if you use it.”

CHILDREN are starting school unable to say their own name, drink from cups and use the toilet, a new report...