A MUM got the shock of her life after hearing a strange moaning coming from her kids’ room – only to discover it was their Elsa doll having an X-rated malfunction.

The mum, who has twin girls, went to investigate the suspicious sound only to find her kids’ Frozen toy had turned from a PG to an 18 rating. 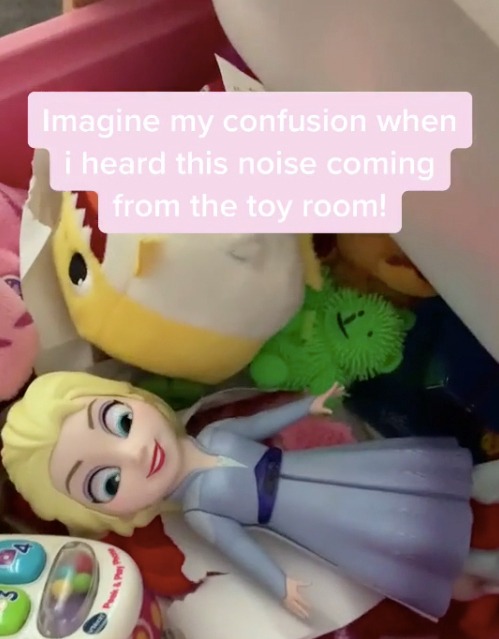 A mum was in shock after hearing moaning sounds coming from her daughters’ toy roomCredit: raisingtwins/TikTok

The toy, which usually speaks and moves, was running out of of batteries, which was causing it to writhe around and roll its eyes.

And it seemed to be stuck in a loop, with Elsa moaning over and over ‘I really need to’.

The mum shared a clip of the now adult version of Elsa to TikTok, which she captioned: “Batteries are going flat – or house is haunted.”

She filmed herself tracking down the ‘inappropriate’ sounds, and said: “Imagine my confusion when I heard this noise coming from the toy room! 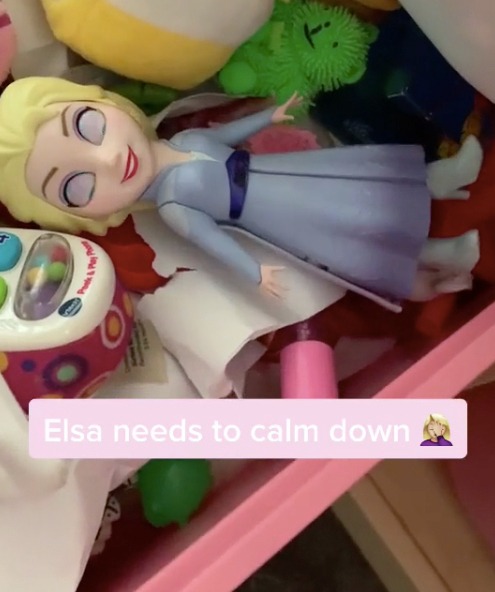 The mum, who has twin girls, found their toy Elsa moaning and writhing around Credit: raisingtwins/TikTok

“Elsa needs to calm down!”

The hilarious clip has been viewed more than 20,000 times, as people joke Elsa was having a wild time in the toy box.

One person said: “So Elsa found Woody and Buzz?” 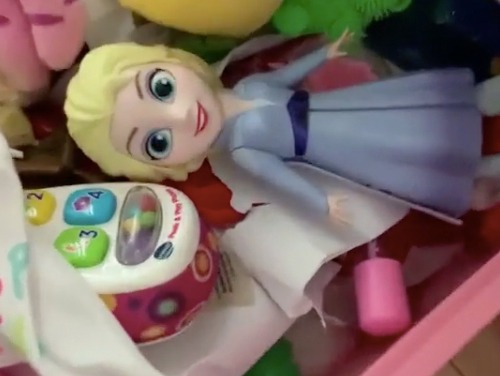 It seems flat batteries had caused the toy to have an X-rated malfunction Credit: raisingtwins/TikTok

A third commented: “Og my god Elsa no.”

This mum joked: “Elsa enjoyed it in there with the other toys.”

While someone else added: “I’d be throwing that out.” 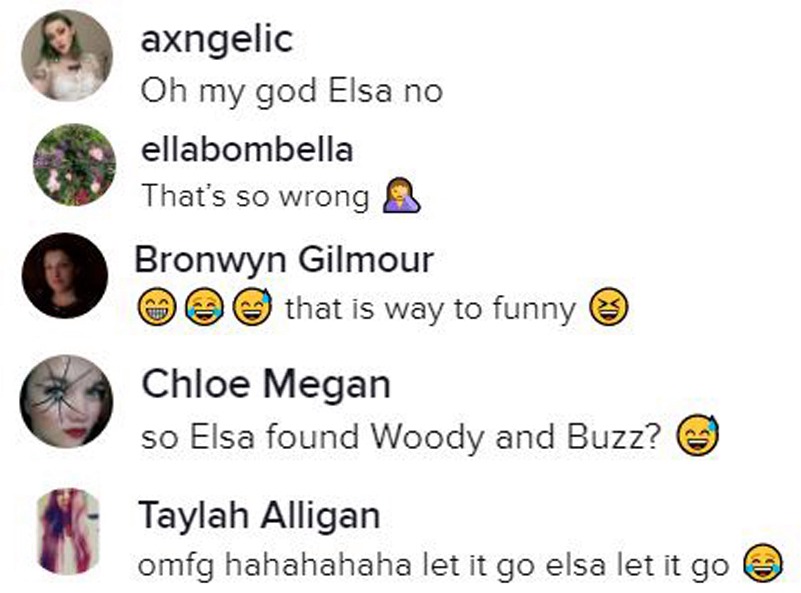 Hundreds of people commented on the clip, joking Elsa was having a wild time in the toy boxCredit: raisingtwins/TikTok

Plus these are the 5 Primark must-haves when shops open for 24hrs on December 2, from matching Christmas PJs to bargain parkas.

And this mum grabs ten Quality Street advent calendars as B&M flogs them for just £1.49.

Lego launch biggest ever set with more than 9,000 pieces of Rome’s iconic Colosseum