A MUM has revealed the clever way she managed to heat up her paddling pool in the garden and she guarantees it will have your kids jumping straight in.

While freezing cold water from the hose on a hot day can be refreshing – sometimes it’s not for everyone and can make even the paddling pool a little too cool to immerse yourself in.

A mum has shared the genius way she heats up her paddling pool for her daughterCredit: Getty 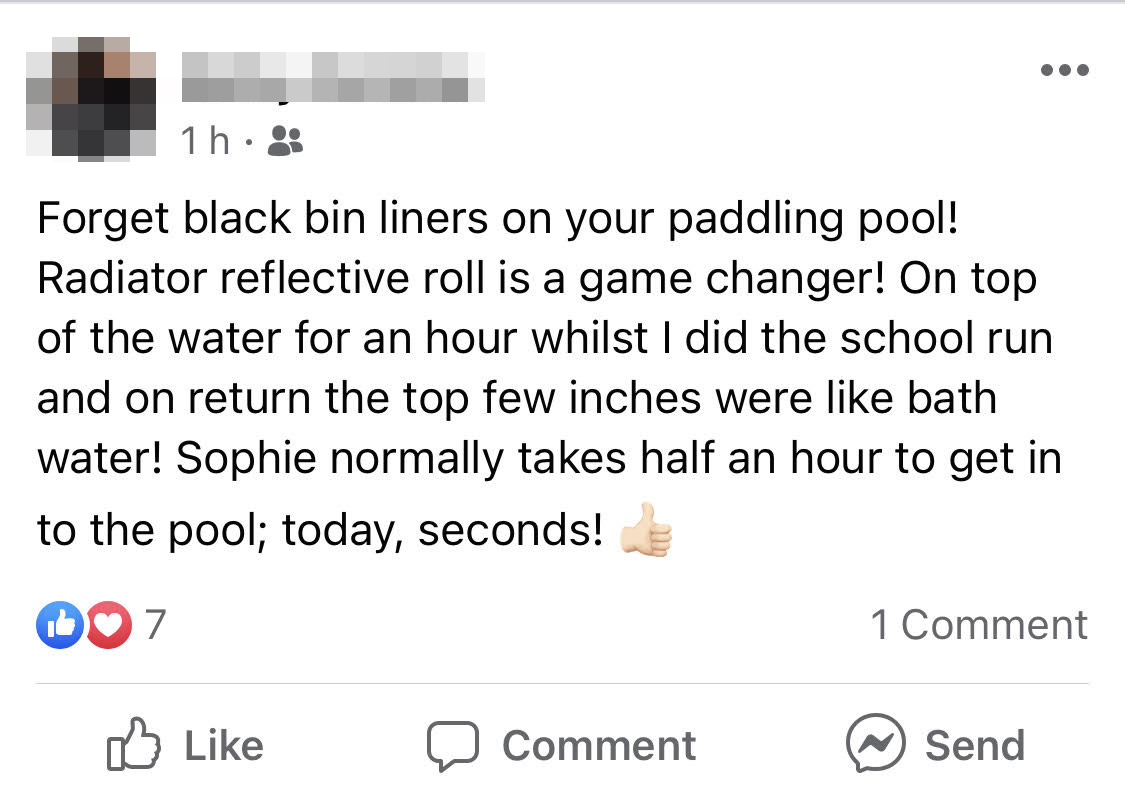 She revealed on Facebook that she uses radiator reflective roll to heat up the pool so it feels “like a bath” and it will have kids jumping straight inCredit: Facebook

But, one savvy mum decided to put a hack to heat up her paddling pool to the test and has since confirmed that it worked a treat – warming up the water so it was almost “like a bath”.

Posting to Facebook, she shared her genius trick and all you need is some radiator reflective roll – that can be picked up from B&Q for around £12 – and good weather on your side.

Explaining what to do, she continued: “[Put the roll] on top of the water for an hour whilst I did the school run and on return the top few inches were like bath water!”

She shared that it was the key to getting her daughter, who usually finds the water to cold, to use the paddling pool.

“[My daughter] normally takes half an hour to get into the pool; today, seconds,” the mum revealed.

Her tip comes after parents revealed the clever way they clean their paddling pools to save time, instead of constantly emptying it and refilling it in order to give it the once over.

When one mum begged for help when it comes to cleaning her inflatable pool, others suggested trying a foot-washing station – using a smaller baby pool or large bowl filled with water – so kids can wash the dirt and grass off their feet before jumping in.

To banish any slick sheen on the water from suncream run-off, one mum said she swears by throwing a tennis ball into the water. Leave it in the pool for a few hours, as it helps to absorb any oil left behind.

Other parents like to use sterilising fluid – adding a cap full to the water in your paddling pool can help to keep bacteria and algae growth at bay. 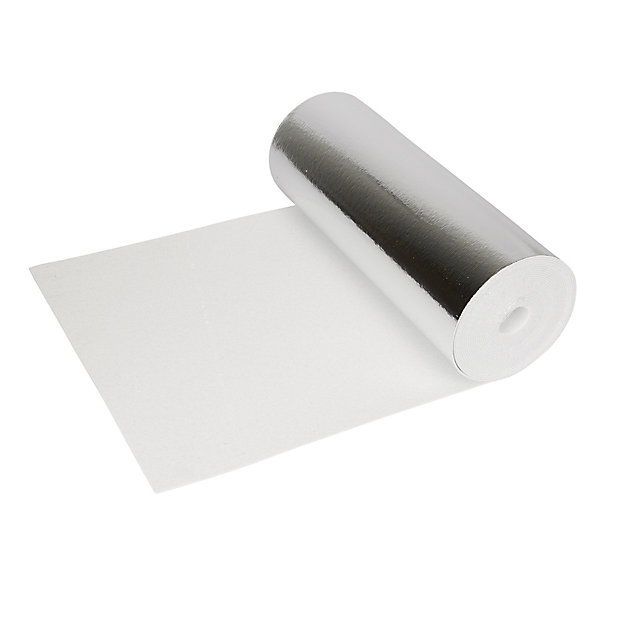 Radiator reflective roll, that costs around £12 from B&Q, covers the top of the pool and absorbs the sunlight helping to heat the water underneathCredit: B&Q 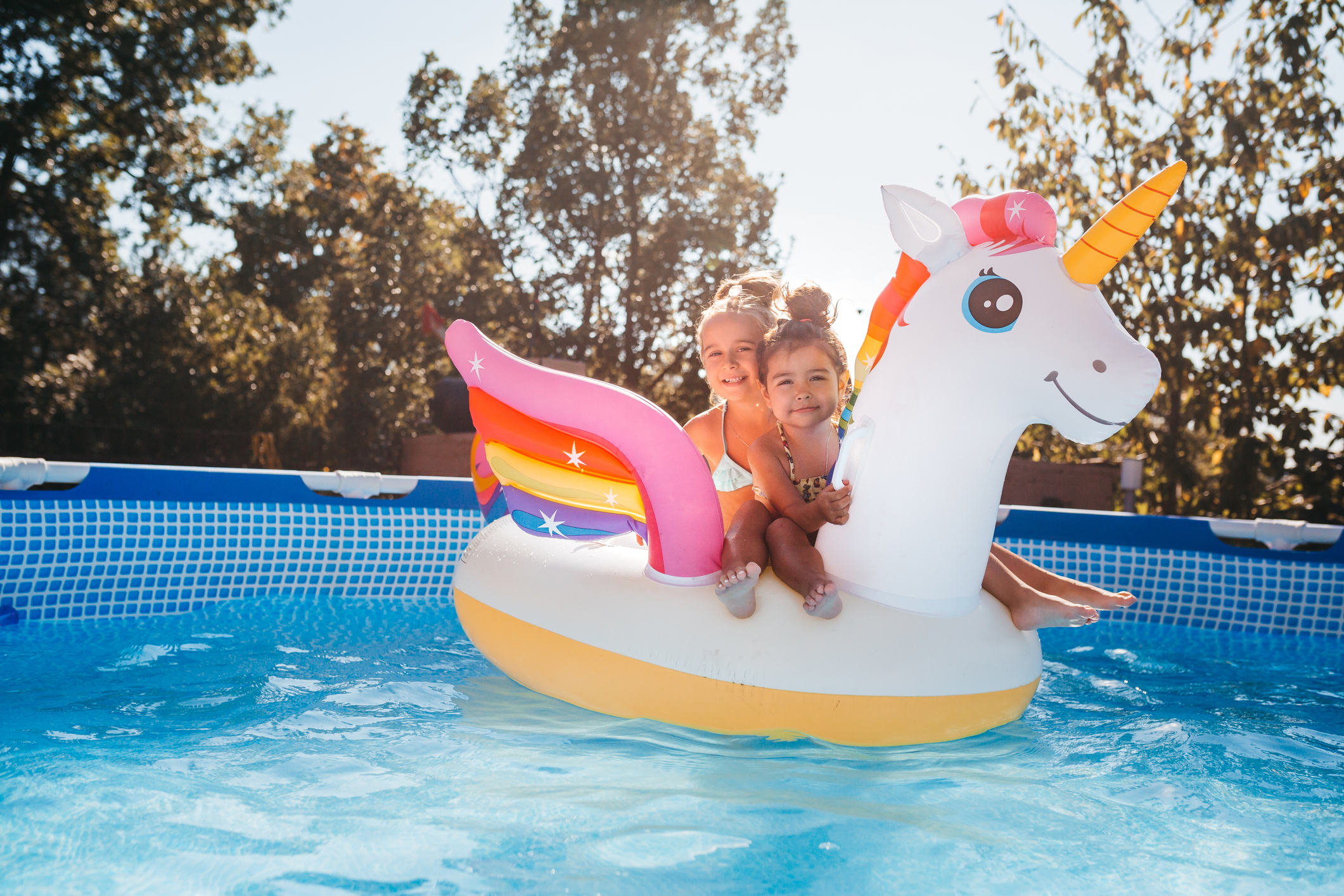 Parents have also been sharing their top tips for keeping their paddling pools clean in half the timeCredit: Getty

Meanwhile, this mum shares clever hack to make sure sand NEVER gets stuck to your kids’ hands & feet.

Plus, one woman’s mum hack goes viral after showing how to apply sun screen on wriggly toddlers.

And a mum who’s baby sleeps in her closest asks what the issue is.

Mother teaches her seven-year-old son the value of money by giving him a dollar for doing chores.

TACKLING a phobia is a challenge in itself. But doing so in front of your 22 children takes it to...

My husband has come up with eight names for our unborn baby, they are all awful but my family are on his side

I’ve got ten kids and spent £3k a month JUST on groceries, I get 72 eggs, a loaf a day & have a whole trolley for snacks

I completely potty trained my toddler in FIVE days with a few simple tips, it’s easy & anyone can do it