A MUM was floored after seeing the clever trick a six-year-old used to tie up her shoelaces and fellow parents are so impressed, they’re labelling it a “game-changer”.

There’s no denying that tying shoelaces can be a fiddly task for little ones to grasp, but what if we told you there was a simpler way to break it down for your kids?

A mum was floored by a six-year-old’s clever hack she used to tie up her shoelaces all by herselfCredit: Storyful 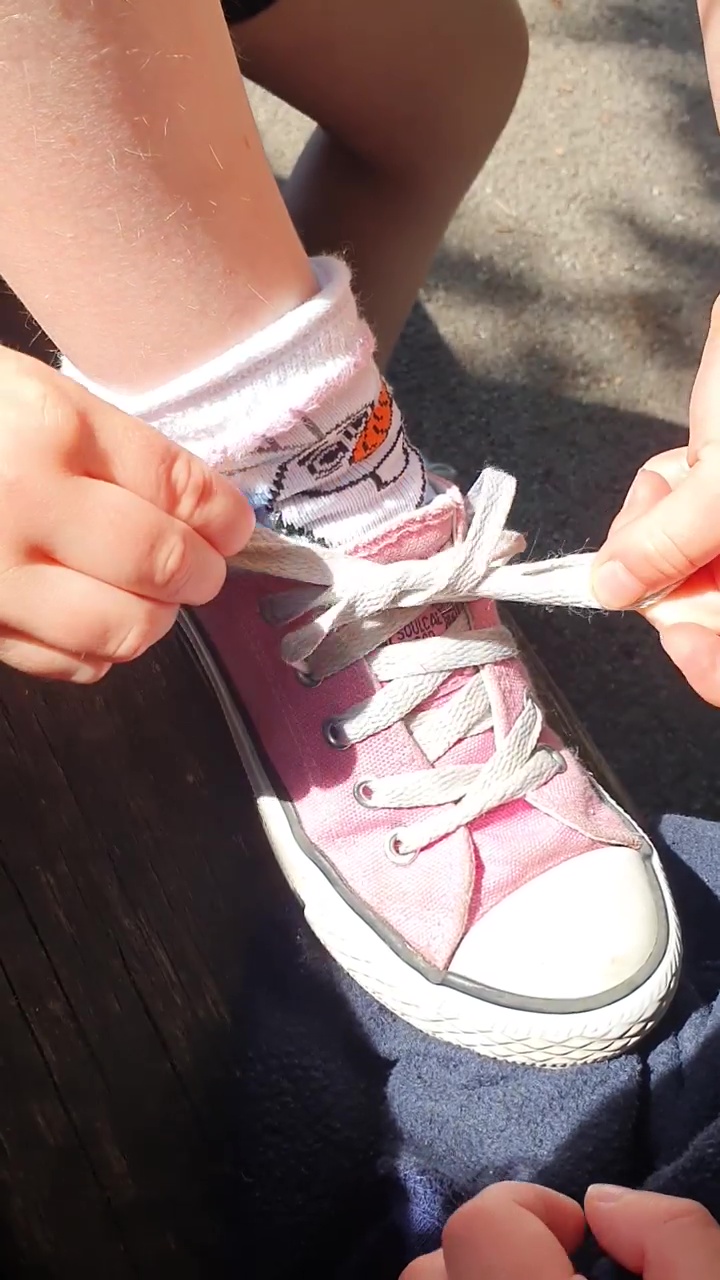 Parents were so impressed by the trick they labelled it a “game-changer” on social mediaCredit: Storyful

One mum was left totally impressed when she came across a video of a six-year-old teaching another child how to do up their laces the “easy way”.

In the video, that was re-posted via Facebook group Family Lowdown Tips and Ideas, the little girl has no problem tying her shoelaces in a matter of seconds – revealing the trick to mastering the skill.

First she grabs the solid end of each shoe lace and sticks into the eyelet below where the lace is threaded through on either side to create two loops.

It holds the loops in place without the little girl having to and she can then wrap one loop underneath the other to pull her laces together.

Pulling them tighter, she then wraps one of the loops under the other a second time to create a knot to tie her laces together and then untucks the ends to finish.

“A 6 year old today was teaching another child to tie their laces an ‘easy way’ and if that’s not absolutely genius I don’t know what is,” said one mum sharing the video.

“So much simpler for little ones and their tiny fingers!”

Thousands of fellow parents commented on the post, with many keen to try it out with their own children who struggle to tie their laces together.

“Game changer to teach the kids,” commented one mum, while another wrote: “I may just use this with my little boy!! He struggles with laces even though he is 10!!”

A third posted: “This is the best idea I’ve seen in ages.”

“Genius! I will be using this to teach my son deffo (sic),” added one more, while another said: “Omg! Where was this technique when I was little?!”

Some parents had already got their kids on board, with one mum revealing: “We have been trying to do shoelaces for a couple of days just tried this and she done it straight away.” 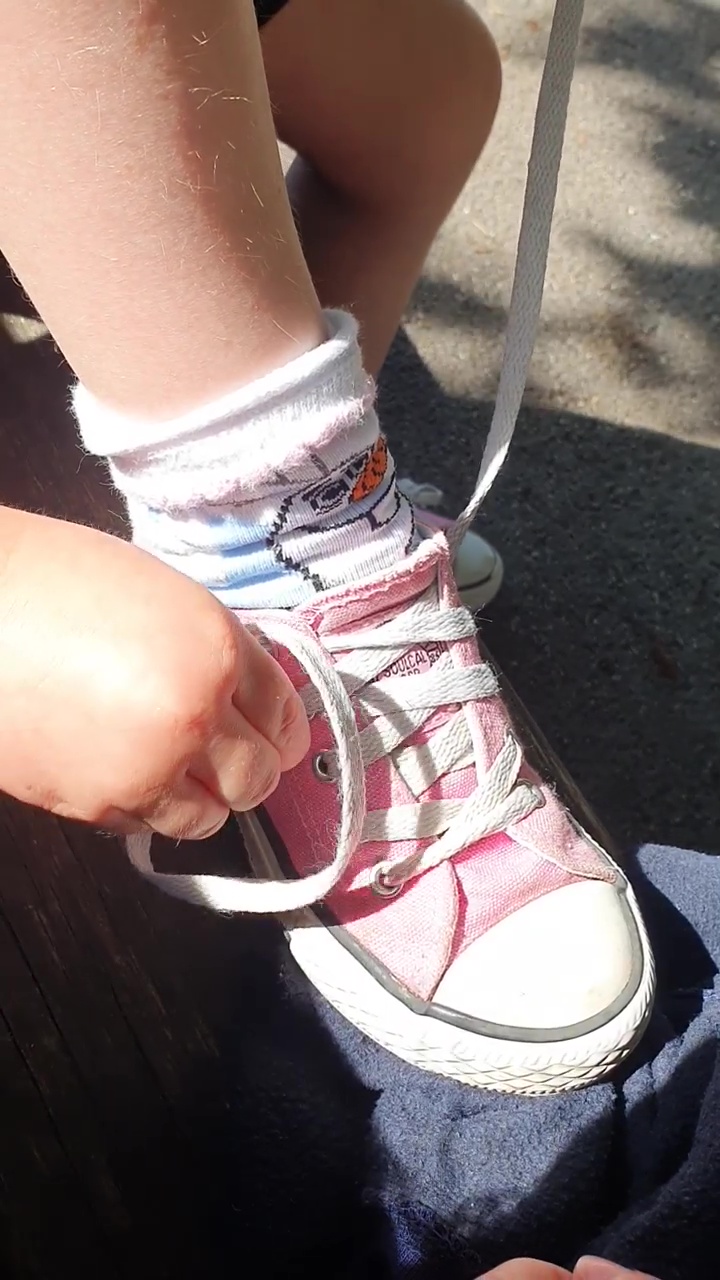 It involves tucking the solid edge of the laces into an eyelet on the show to form loopsCredit: Storyful 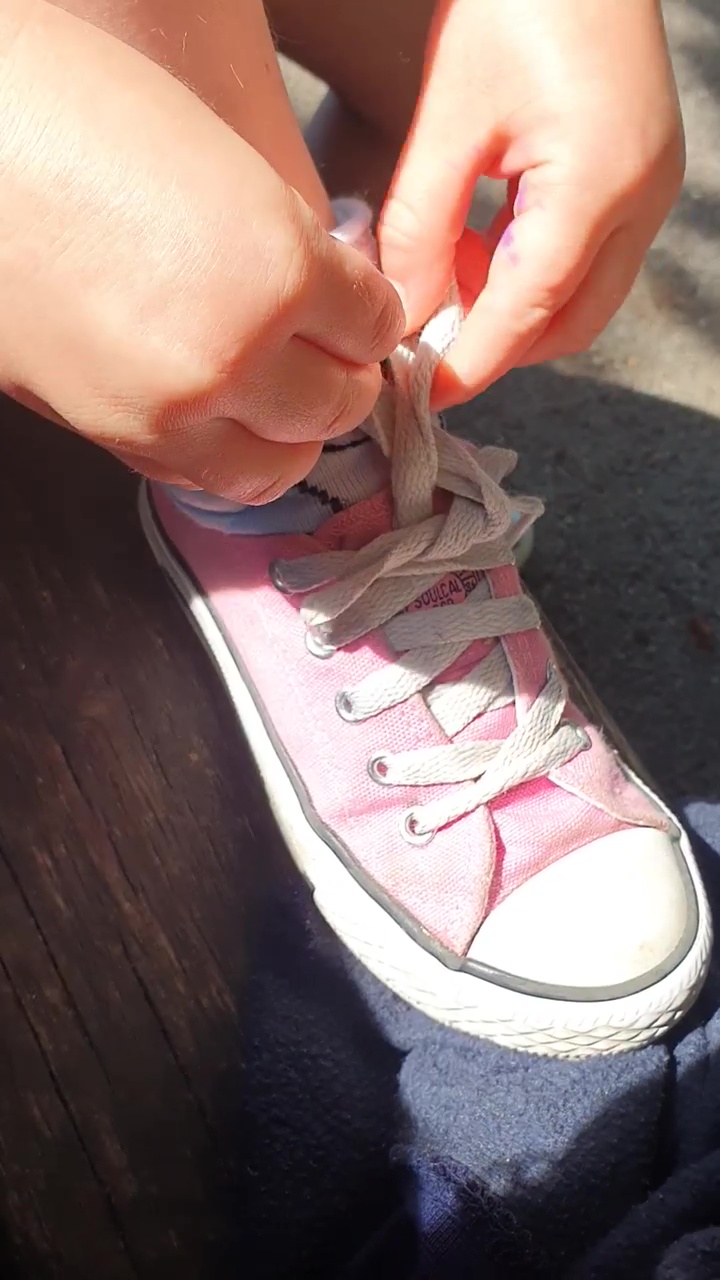 Doing so holds the loops in place so the child doesn’t have to, making it easier for them to tie the two laces togetherCredit: Storyful 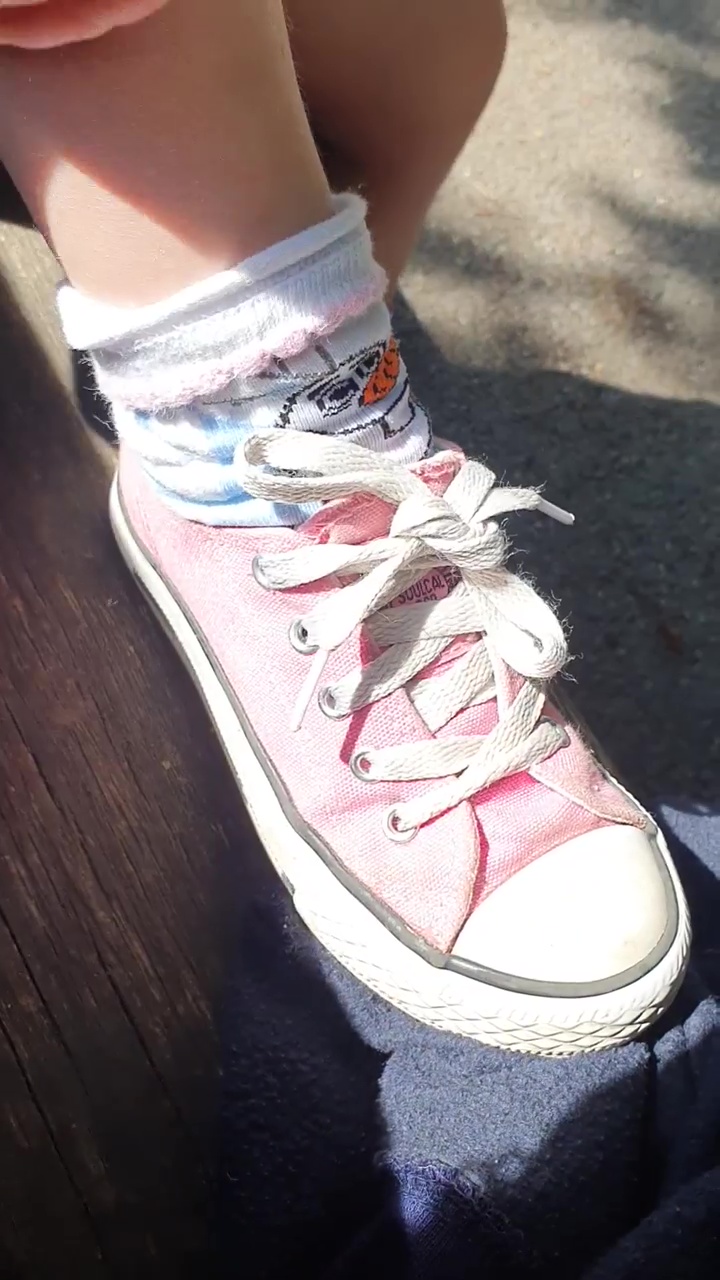 Using the trick, kids are able to quickly tie their laces into a sturdy double knotCredit: Storyful

For more mum hacks, check out this mum-of-eight’s bunk-bed hack which lets FIVE of her kids sleep in the same room.

Plus, this mum-of-three shared her HUGE list of hacks for keeping the kids quiet on car journeys but was slammed for going too far.

And one mum shares ‘genius’ parenting hack that gives her a ‘peaceful child-free hour’ each week.