My baby sleeps in the wardrobe because we don’t have space for a nursery, he’s happy so what’s the problem?

ONE mum shared how her son sleeps in her wardrobe and the video has been dividing opinions.

In the video uploaded by kindred.spirits.photography it shows the sweet baby boy having the time of his life in the walk-in wardrobe.

The mum writes: “When you don’t have an Instagram worthy nursery, you make do with what you have.”

The babies bassinet is stowed carefully under the shelves of shoes.

In the video the mum shares images of the child in the bassinet and he looks like he couldn’t care less where he sleeps.

She writes in the caption: “He does love when I go in and sit him up though in his bed while I get dressed “

Although the baby no longer sleeps in the bassinet featured in the video, the mum wanted to make a montage video to commemorate where he spent his first few months.

The mum takes a humorous approach to having her baby sleep in the wardrobe: “I wanted to commemorate where he spent the first few months of his life so he can always berate me that I let him sleep in a closet!”

Most viewers also found the funny side and couldn’t see an issue so long as the baby is happy.

“I wanted to commemorate where he spent the first few months of his life so he can always berate me that I let him sleep in a closet!”

one user wrote: “We didn’t have a walk in but my kid’s crib fit nicely into half a regular closet. You do what you have to.”

Users who commented on the video were mainly in agreement that it’s a great place for a baby to sleep and has also inspired many to do the same, but some didn’t agree.

One user said: “Good idea… but watch the head little one, too close for comfort.”

Another responded: “Sooo putting your kids in closets is okay now? Jesus what is wrong with people.”

A third user wrote: “Yeah, just not next to the shoes. What the hell, the shoes are the dirtiest, at least move it to the centre.” 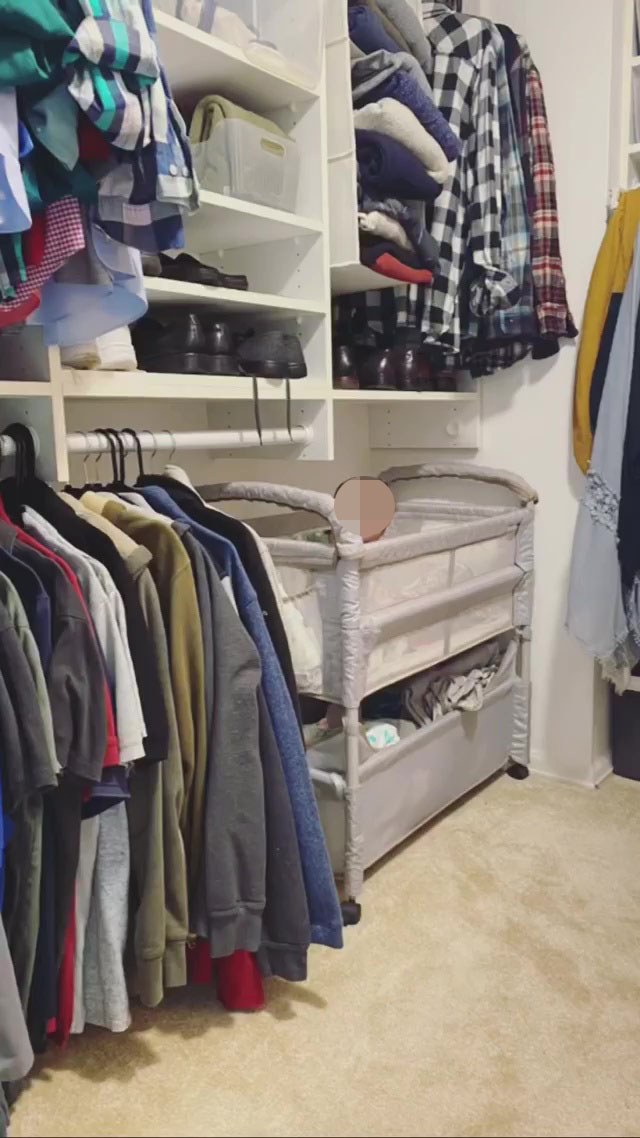 Mum hopes he will also see the funny side when he is olderCredit: kindred.spirits.photography/Instagram 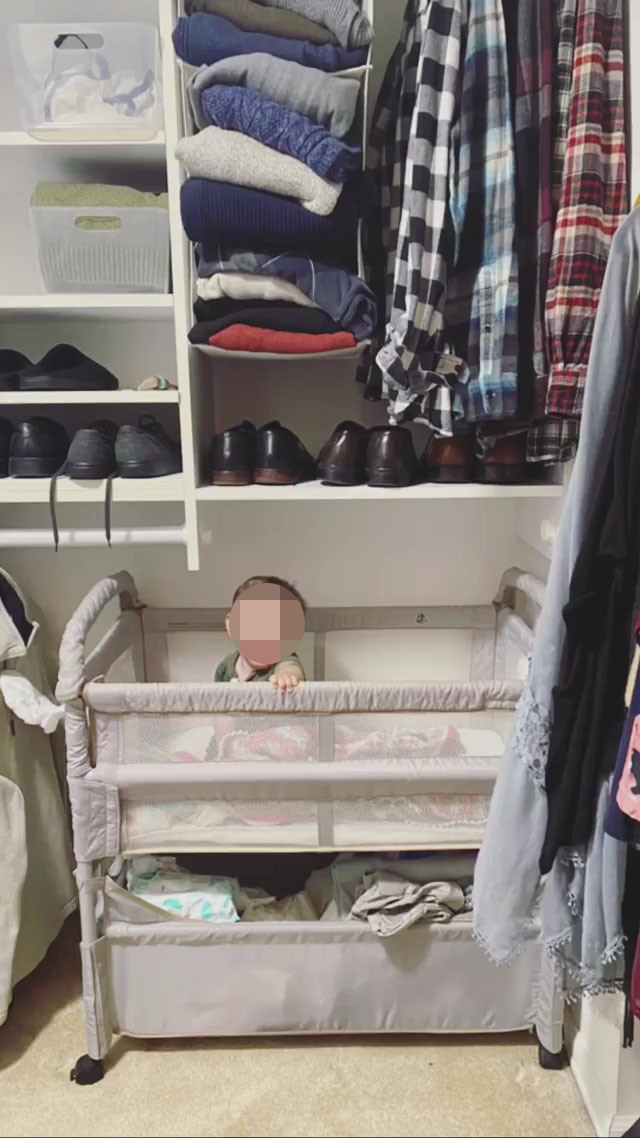 Some parents didn’t like the idea of him sleeping under shoesCredit: kindred.spirits.photography/Instagram

Did you know the way you tell your kids off might be making them naughtier?

Meanwhile this mum was shocked by a 6-year-old’s clever hack for tying shoelaces independently.

Plus mums share their ‘useful lies’ to tell their children.