A MUM has taken to TikTok to complain after growing tired of people constantly asking whether or not her twins have different donors.

Ashley Erario and her wife are mothers to fraternal twin sons Madden and Matteo, and frequently share snapshots of their lives on the social media site.

A recent video saw Ashley faced with questions as to whether or not they used different donors for the boys, to which she replied in another clip: “When your video goes viral because people think your twins have different donors.”

She captioned the video by requesting Good Morning America do a segment on genetics, because she’s so sick of explaining to others.

“@goodmorningamerica can we do a segment on genetics?” she wrote.

She added in a comment to the person who suggested they had used “two different donors”, writing: “So many people have said things like this! Lol. They really do look so different!”

Others commenting on the post were quick to agree that there needs to be more education about genetics.

“Girl! The lack of knowledge about genetics killing me today,” one person wrote.

“Genetics are crazy. Test their DNA and see what percentage they match at. so cute,” someone else added.

A third person commented: “I went to school with a set of twins one was a heavy set short ginger and the other was a tall olive skinned pencil – same parents.”

Another person wrote: “Hahaha I think they look like siblings! My twins have different colour hair and eyes. 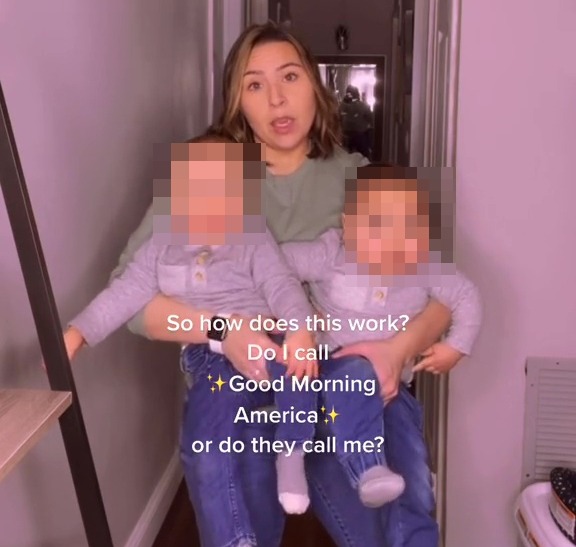 Ashley added that she’d love Good Morning America to do a segment on geneticsCredit: TikTok/@ashley_erario

In other parenting news, this woman admits her parents let her brother suck on raw bacon instead of a dummy.

This mum is constantly trolled over her son’s name, people say he’ll be bullied for years.

And this mum has been left more than a little stressed over her daughter falling pregnant at 19.

I let my baby drink TEA – people say it’s cruel but I wouldn’t do anything to harm her, it’s safe