KEEPING tiny terrors in line is a job and a half, especially if yours are particularly free-thinking and persistent.

Every parent wants to do right by their children and telling them off is an unfortunate, but necessary part of parenting.

There are however some practices that are more fruitful than others when it comes to keeping kids on the straight and narrow.

Did you know some methods of disciplining will actually make your children’s behaviour worse? Here’s what to avoid…

There’s not a single parent out there who can say in all honesty that they’ve never been pushed to the edge by their kids and responded with a bit of yelling.

But, doing it constantly doesn’t help with their behaviour.

It actually means that children will start to “tune out” their parents, meaning they’re less likely to do as they’re told, according to experts at VeryWellFamily.

Children get used to shouting very quickly so it loses it’s sting and they will carry on as they want to anyway.

If you constantly tell your children what to do, or remind them what to do, you’re sending the message that they don’t have to take responsibility for those things.

If kids think they don’t need to make the effort to remember something because their parents will tell them constantly, they don’t put in the effort themselves.

If you have a go-to list of threats about your children’s pudding/screen-time/pocket money, they’re realise very quickly that you aren’t serious.

They will quickly learn that you’re not going to take away those things, regardless of their behaviour.

Another tactic that is warned against is threats to “call the police” on your children.

If you are going to make a treat, it needs to be something you intend to follow through.

Consistent parenting is the way to get the message to stick and to help your children’s behaviour to improve.

You should never issue a punishment that is designed to shame your child into behaving better.

This isn’t helpful to them and could have longer-term implications for their mental health and your relationship with them.

But these tactic are more likely to make that child feel angry and make them behave far worse.

Consequences that are unrelated

It can confuse children if the consequences of their actions have nothing to do with the action itself.

For example is a child doesn’t share and they are made to write out “I must share” 100 times, it’s not going to change their behaviour.

This wouldn’t teach them anything about resolving issues and sharing more appropriately with their peers.

A logical consequence is a far stronger message.

While some people still think this is the best way to keep children in line, the truth is that hitting your models aggression.

If they have hit their sibling and you spank them in return, it’s a confusing message that hitting is ok for you but not for them.

Studies have shown that children who are smacked are more likely to be aggressive.

Punishments that are designed to shame your child can lead to worse behaviourCredit: Alamy

For more parenting tips, one mum shared this genius trick that makes sure she gets a “peaceful child-free hour” each week.

Another mum shared her simple hack for getting babies to take their medicine and leave them wanting more.

Plus, these mums share stunning Ikea hacks guaranteed to give your child’s room more storage space. 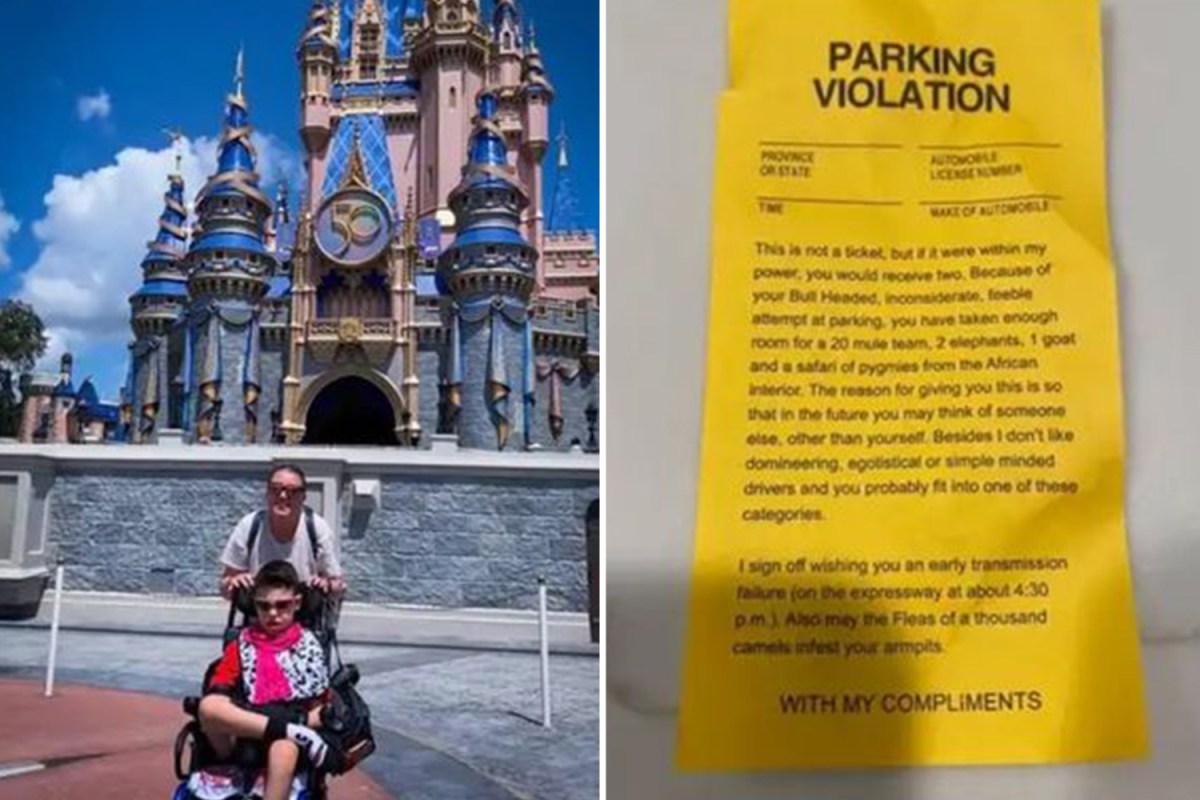 A MOTHER has been left devastated after she took her disabled son to Disney World, only to find an incredibly...