NAVIGATING the dating world can be tricky – you often have to sit through a string of bad dates until you find Mr or Mrs Right.

But for one woman, things were looking pretty good, until she received a brutal text from her date which was meant for his mate – and it didn’t go down well. 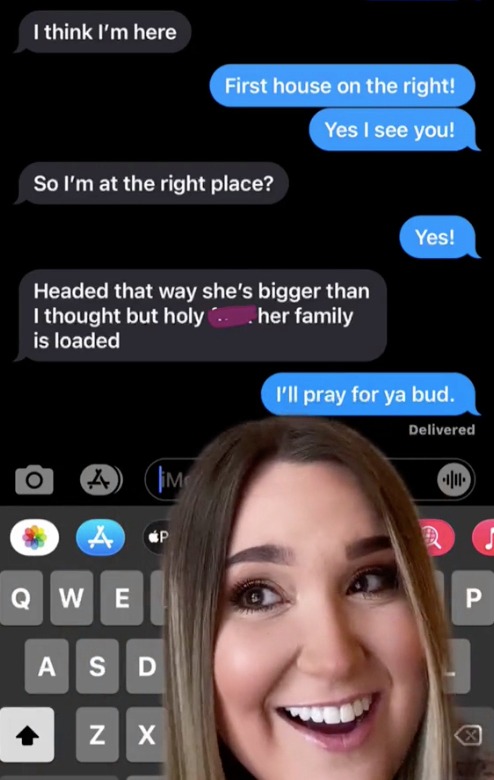 TikTok user @kersten.hovis  shared the blunder on the video sharing platform by exposing the bloke, who claimed she was “bigger than expected”.

Clearly not meant for her, the message also made reference to her “loaded family” – and people are fuming.

The woman shared a chain of messages between her and the mystery lad, and in them, it appears we was on his way to pick her up.

He says: “I think I’m here” and she confirms that he had the right house. 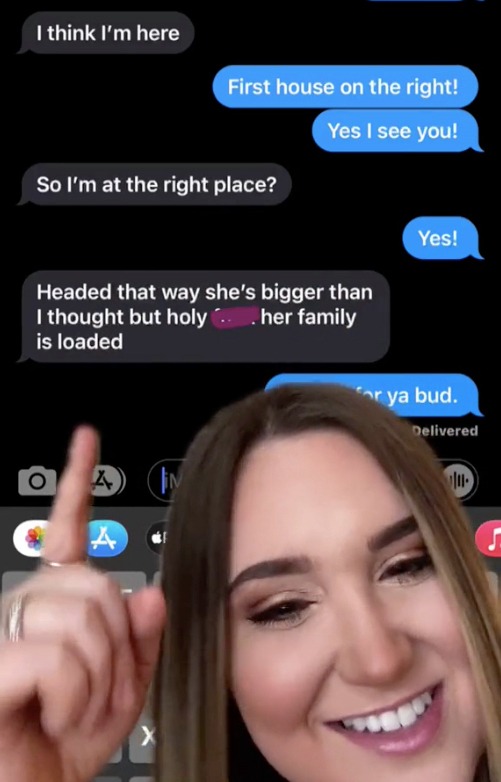 It appeared she received it by accident, but it as meant for his mateCredit: @kersten.hovis/TikTok

But the “cruel” details of the next text made it clear it was meant for someone else – presumably his mate – and people reckon she “dodged a bullet”.

In the text, he said: “Headed that way, she’s bigger than I thought but holy **** her family is loaded.”

To which the woman hit back with: “”I’ll pray for ya bud.”

In the comments, she revealed that the pair were supposedly in the car together on their way to grab a bite with another couple when she saw the text.

Understandably, the date didn’t last too long and they apparently spent less than 20 minutes together. 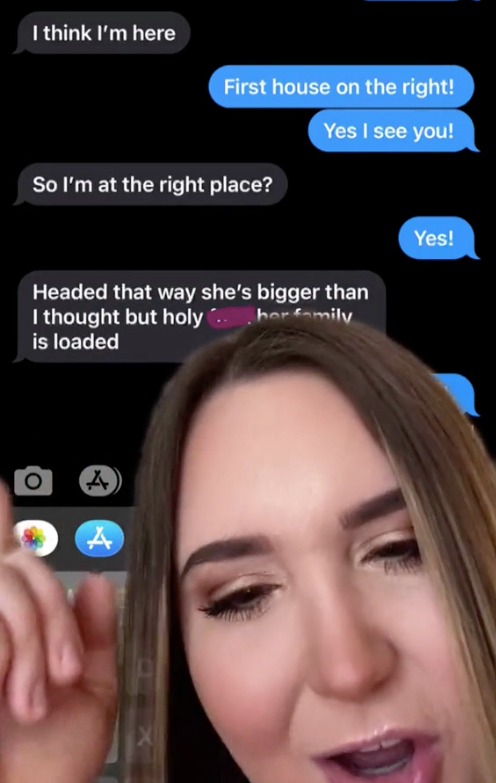 She’s received an outpour of support from viewers who are raging on her behalfCredit: @kersten.hovis/TikTok

Since the video was posted just a couple of days ago, it’s racked up over 1.3 million views and an outpour of support from viewers.

One person told her: “Thank God you found out his character immediately and not a year down the road.”

Another joked: “God was watching out for you lol bye boy!”

A third added: “Oof. I know his soul left his body when you checked him.”

But while some sympathised with her, others raged, with one adding: “This makes me rage. But also the fact that you responded so gracefully?

“You’re a queen and you will find better.”

And another admitted: “Babe you really dodged a bullet.”

For more dating horror stories, this lad ‘tired of being single’ was called ‘evil’ for revealing plan to split up his loved-up mates and their girlfriends.

And this woman penned scathing letter to ex who sent her a sex toy meant for his mistress.