A COUPLE who were branded “crazy” for moving in together after just one date in lockdown reveal they are still going strong eight months on.

Jade, 27, and Claire, 31, appeared on last night’s channel 4 documentary The Year That Changed Love where they shared their extraordinary romance. 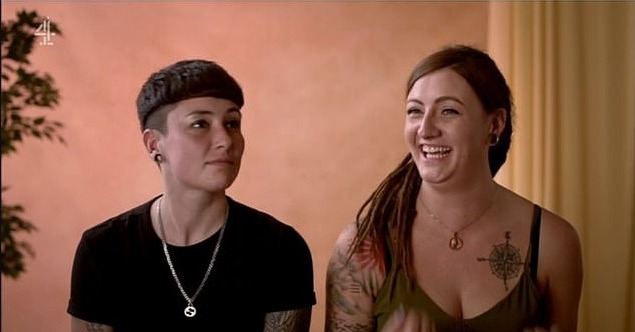 Jade and Claire moved in together after just one date as Edinburgh went into lockdownCredit: Channel 4

The Edinburgh couple met on Tinder and had their first date just a week before Scotland went into its first coronavirus lockdown.

Jade explained how she almost “choked on her fag” when eager Claire sent her “bonny” love interest a snapchat of her boobs at 2pm, eventually leading to a date.

Faced with the difficult decision on whether to take the plunge or go their separate ways the couple decided to isolate together after just one date.

Claire, who was on Furlough from her bar job moved in with Jade who lived an hour away from the city-centre. 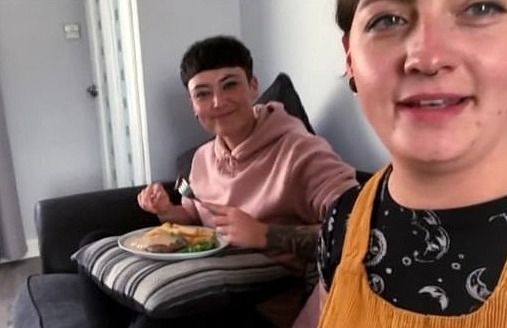 Claire moved into Jade’s apartment an hour outside of the city centreCredit: Channel 4

Speaking on the programme she said: “It was like being thrown in the deep end.

“It’s like every morning. Normally you have one morning where you can escape before they wake up, but it was like, “no, I’m still here.” It was strange.”

While Jade had been keen to make their relationship official, Claire was wary at first explaining that she had previously been in a “loveless relationship.”

“We had an agreement that if we were to majorly fallout or argue or something she would drive me home” she added. 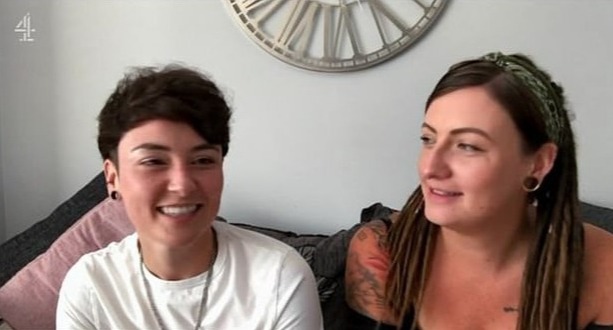 The couple were branded “crazy” by viewers of last night’s The Year That Changed LoveCredit: Channel 4

But three months living together had brought the pair even closer, with Jade being invited to meet Claire’s parents.

And when lockdown came to an end there was no question as to what would happen next, with Claire deciding to move in permanently with Jade.

“We’ve merged I guess quickly, but it doesn’t feel quickly. It was just condensed so it was just a fast forward” Claire said.

Jade added: “This is it, for me anyway! This is pretty much us set, hopefully!”

We’ve merged I guess quickly, but it doesn’t feel quickly. It was just condensed so it was just a fast forward

While the couple are over the moon with their situation, viewers of the show were left baffled by their quick-moving relationship.

Taking to Twitter one wrote: “Crazy they moved in together after one date and it’s worked out for them but fair play.”

“Moved in after one date? Almost like #MarriedAtFirstSight” agreed another.

In other relationship news, these are the best Christmas sex positions for you and your partner to try.

And this millionaire matchmaker says women should NEVER talk about sex or football if they want to find love.

Plus this woman who pretended to flog a “vegan Rampant Rabbit” booted out of Facebook group by “Karens and prudes”.