A COUPLE were shocked to find 80-year-old letters hidden beneath their floorboards, furiously demanding gifts back after a woman cancelled her engagement.

Georgia Walker and James Morris bought their forever home Malvern, Worcestershire, for £205,000 in November 2017, but they started doing some DIY during the lockdown last year. 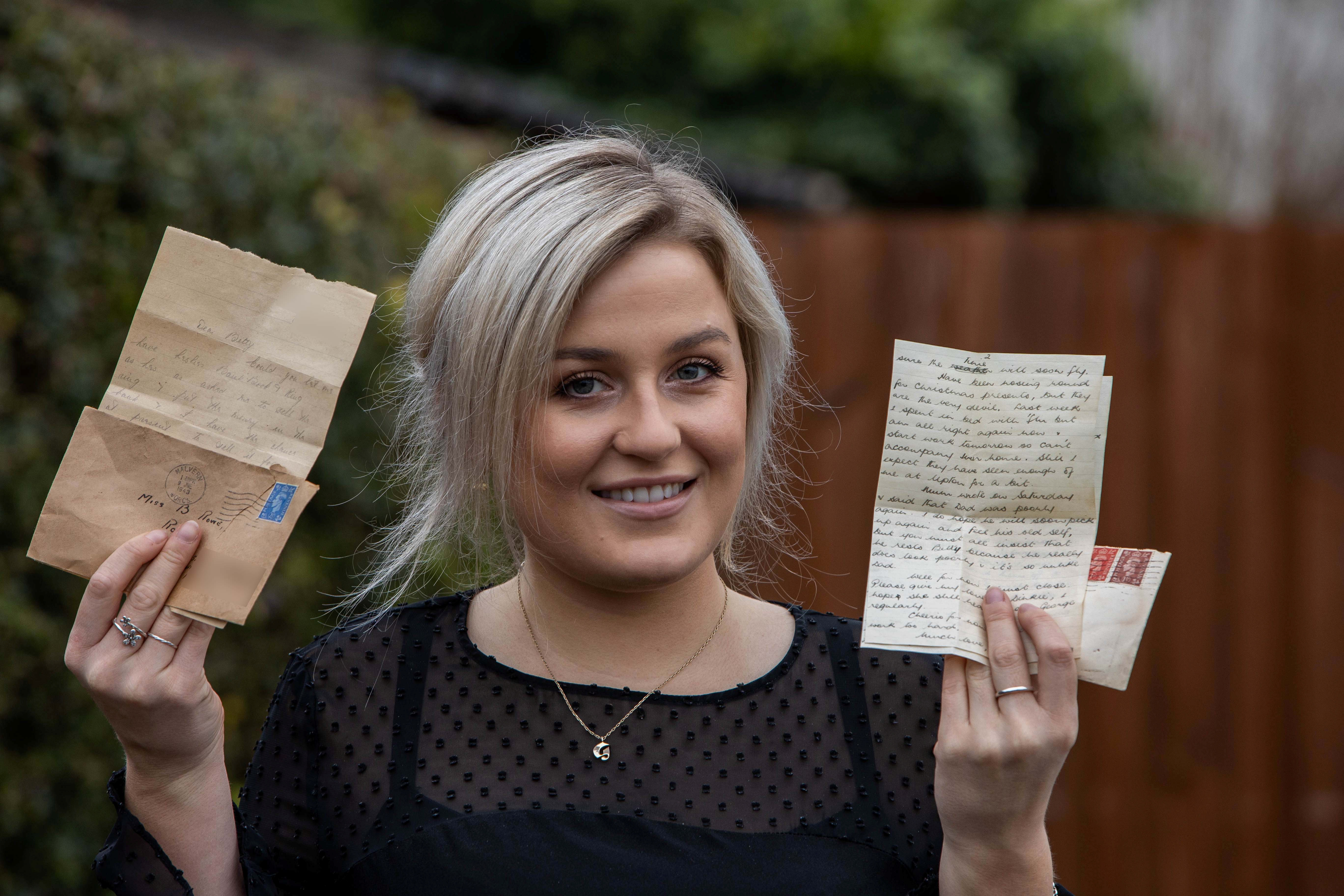 James, 28, an architectural assistant, explained the pair were renovating the ceiling in their living room, when they stumbled across treasures lodged in the floorboards from the room above.

Georgia, 27, described the scene as ‘something out of Harry Potter’, as suddenly piles of letters dating back to 1943 tumbled into the living room.

The handwritten letters were from a woman named ‘Gat’ in Derby to her brother’s ex-fiancée, Betty Rowe “Roda”, talking about her and Leslie’s upcoming wedding.

But as Georgia, a pharmaceutical sales rep, read the letters, it became clear that Betty and Les’ relationship sours, and the wedding is called off. 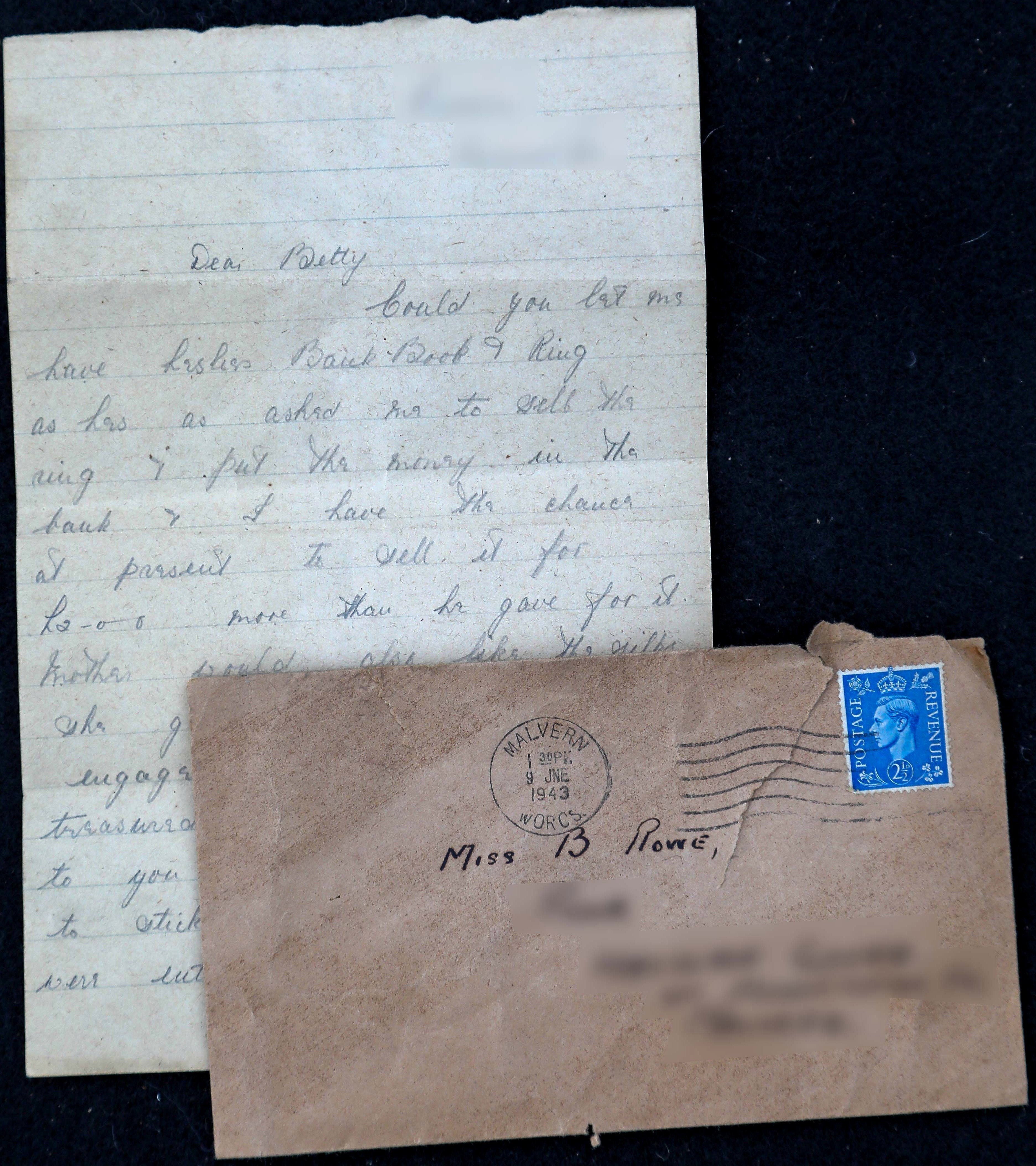 The couple decided to do a little DIY over lockdown to spruce things upCredit: SWNS:South West News Service

A furious Gatt writes to Betty to demand her engagement ring back, which cost less than £2, as well as ‘treasured silks’ given by her would-be mother-in-law as a wedding present.

The letter says: “Dear Betty, could you let me have Leslie’s bank book and ring as Les has asked me to sell the ring and put the money into the bank and I have the chance at present to sell it for £2.00, more than he gave for it.

“Mother would also like the silks she gave you as an engagement present as she treasured those and she gave them to you thinking you were going to stick to Les and that you were entitled to them.”

Georgia said they went through all the letters, saying: “The King on the stamp jumped out at me because I’m used to seeing the Queen. We knew how old they were immediately. 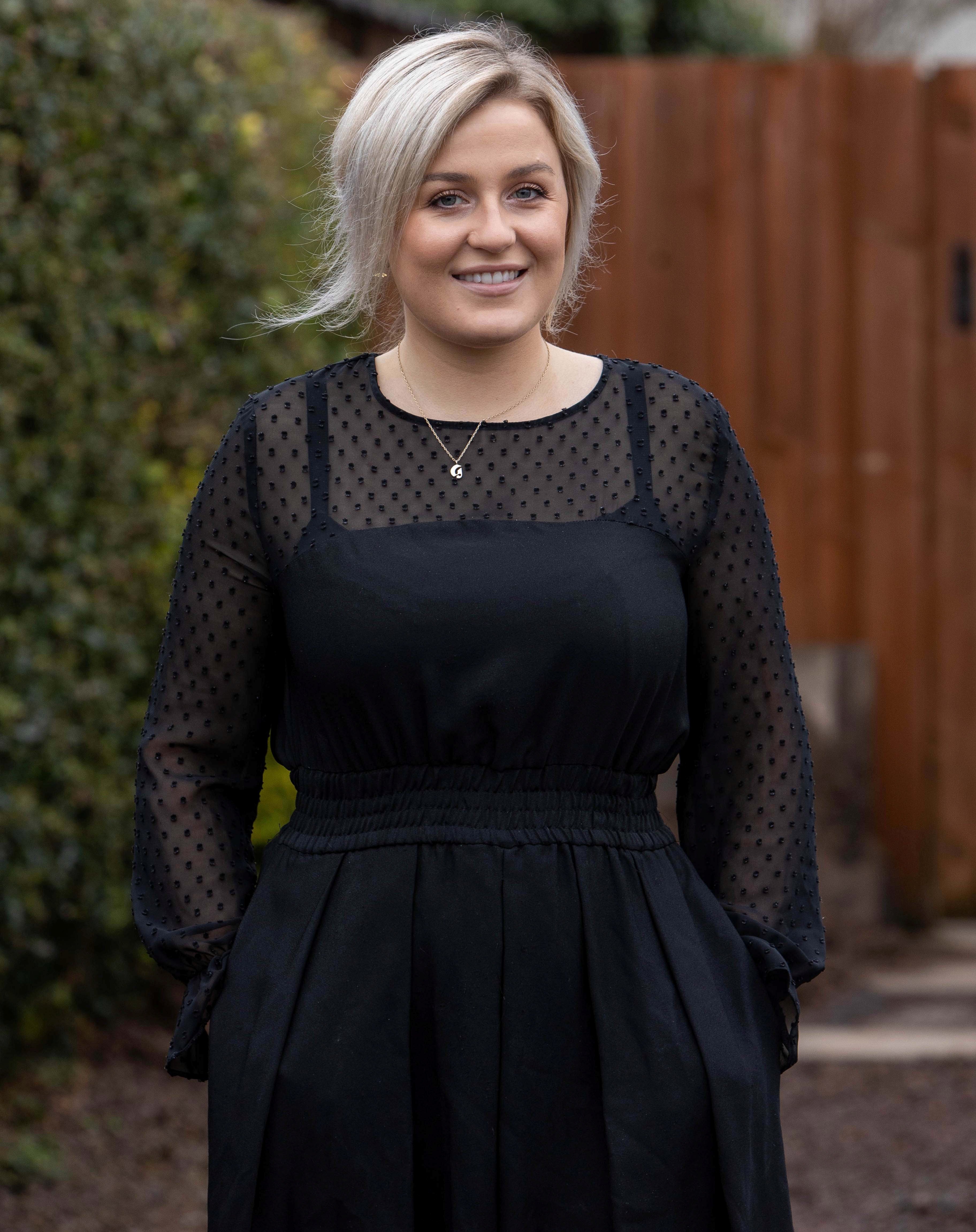 Georgia, 27, said letters tumbled from the ceiling like something out of Harry PotterCredit: SWNS:South West News Service

“Then we started looking for the ring and we literally going through the rubble but it wasn’t there.

“We couldn’t believe it when they came down in such pristine condition. It was really interesting to read about the wedding preparations in one and then how they seemed to be off in another.

“In the one asking for the ring and bank book back it is obvious that the relationship and engagement has gone awry because they are no longer getting married.

“But in the other there is someone asking about getting currants for a wedding cake on Saturday.

“At the end she asks if Dickie is still hearing from George regularly which makes you think George is at war.

They found a stack of letters which had been hidden beneath the floorboards of the room upstairs Credit: SWNS:South West News Service

“It’s a complete mystery, but fascinating to find this bit of history in your own house and get an idea of the lives of the old owners.

“We just didn’t expect to find it while replastering the ceiling.”

One page from the letters, written in happier times before the engagement was called off, says: “My dear Betty, thank you for your letter received last Friday. I am pleased to hear that jack has been home again, that he is safe and well…

“The dresses as you know go to church again on Saturday, WHEW! Get them back, I will get them cleaned and send them off to you.

“I think Dot’s will be the better fit, but you will be able to choose. Well Betty if there is anything I can get for you don’t forget to let me know as I may strike lucky here. 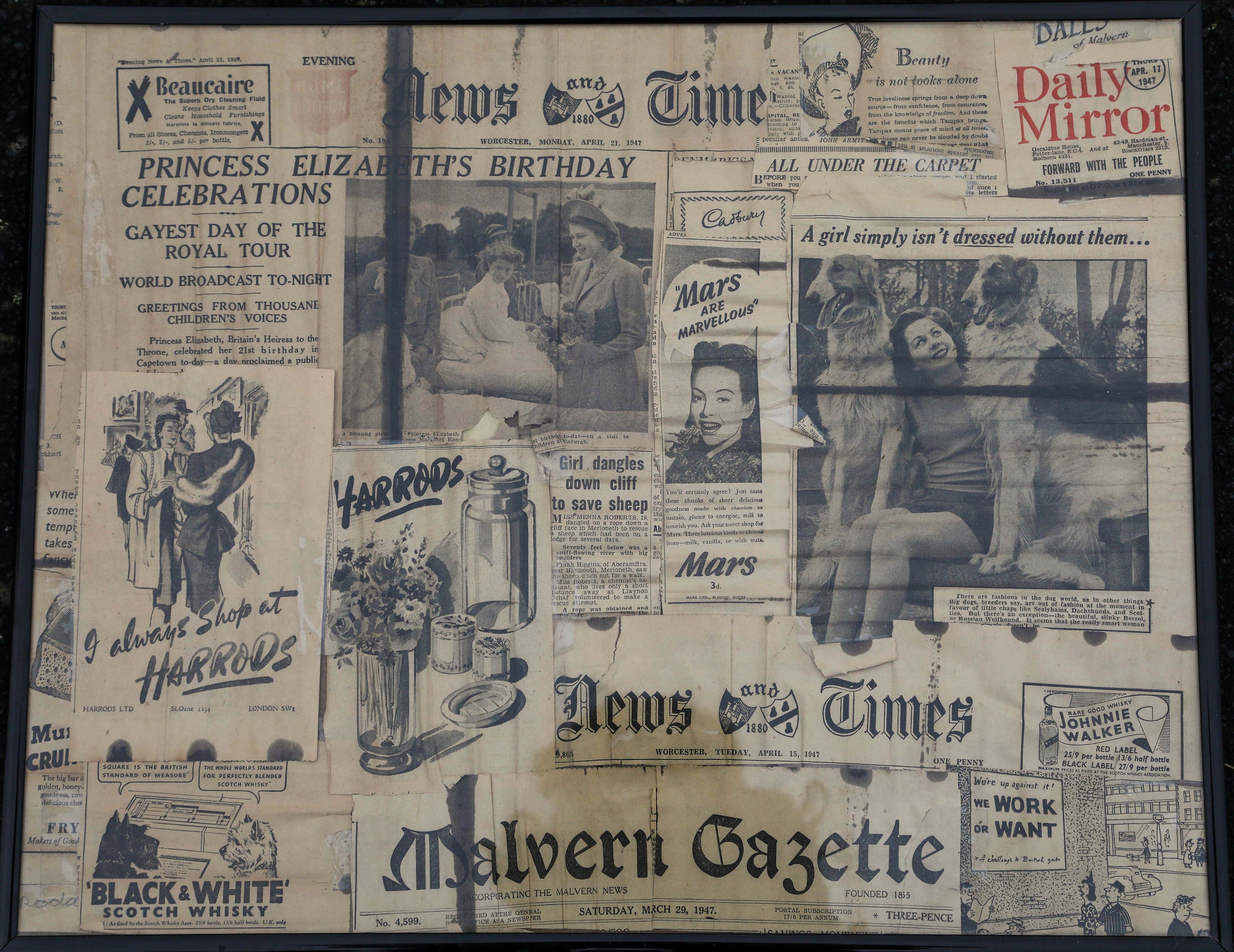 “I expect you are feeling quite excited already – I’m sure the time will soon fly. Have been nosing around for Christmas present but they are the very devil… Mum wrote on Saturday and said that dad was poorly again.

“I do hope he will soon pick up again and feel his old self, but you must all insist that he rests Betty because he really does look poorly, it’s so unlike Dad.

James added he reckons Betty hid the letters after cancelling the wedding, and reckons the gifts must have been returned in the end. 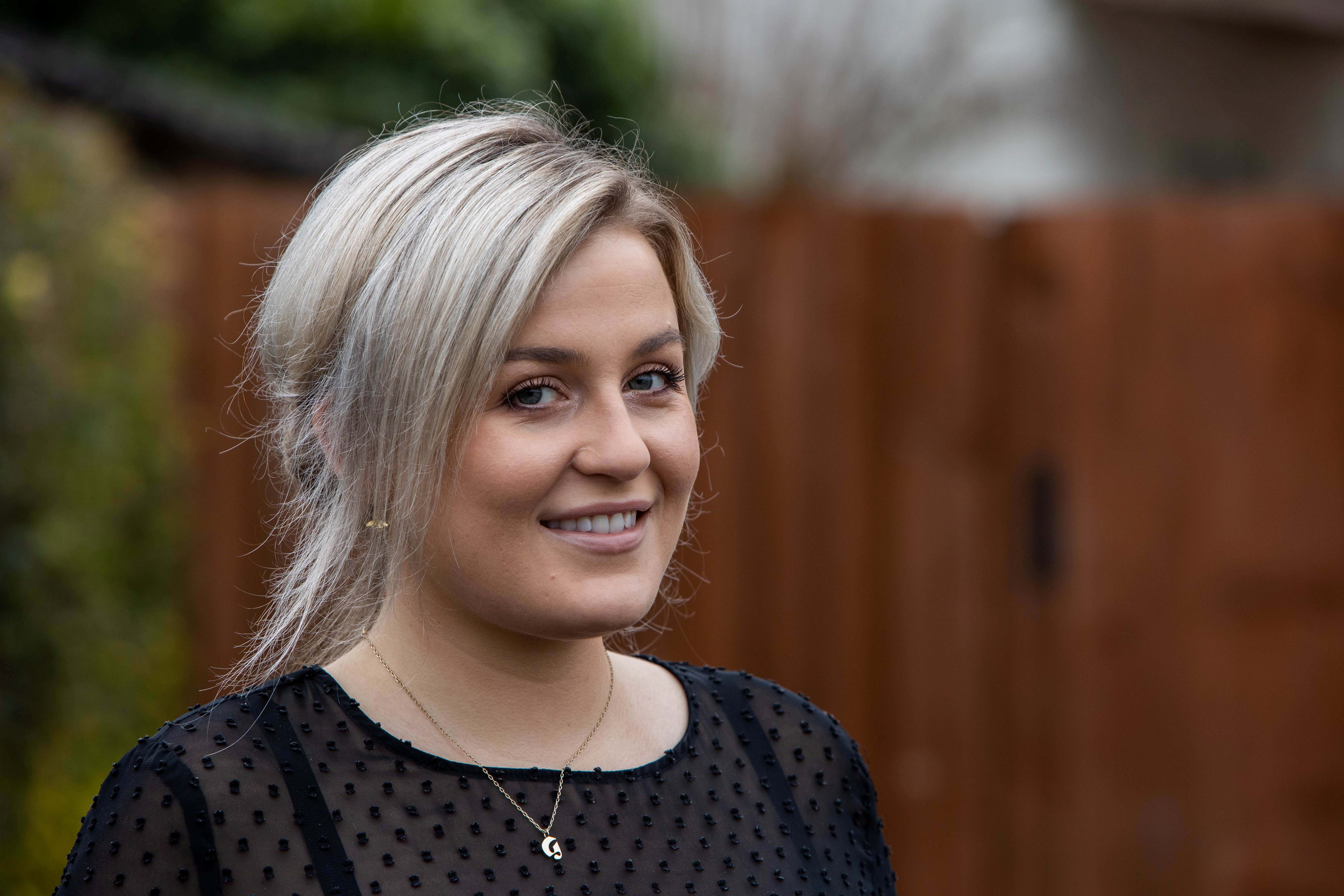 The letters were written during the war in 1943, from a woman named Gat to a woman named BettyCredit: SWNS:South West News Service

He said: “It is just really interesting to come across something so old but it’s completely unknown who is who in the letters.

“It’s amazing how well they’ve been preserved – everything is completely legible and you see exactly what’s been written.

“After finding the letters it would be nice to come across one of the items mentioned like the ring or the silks.

“But it seems they were returned after the argument.

“We knew the house had a bit of history when we bought it but never expected this.

“It seems to me that the letters couldn’t have got under the floorboards unless someone had put them there. 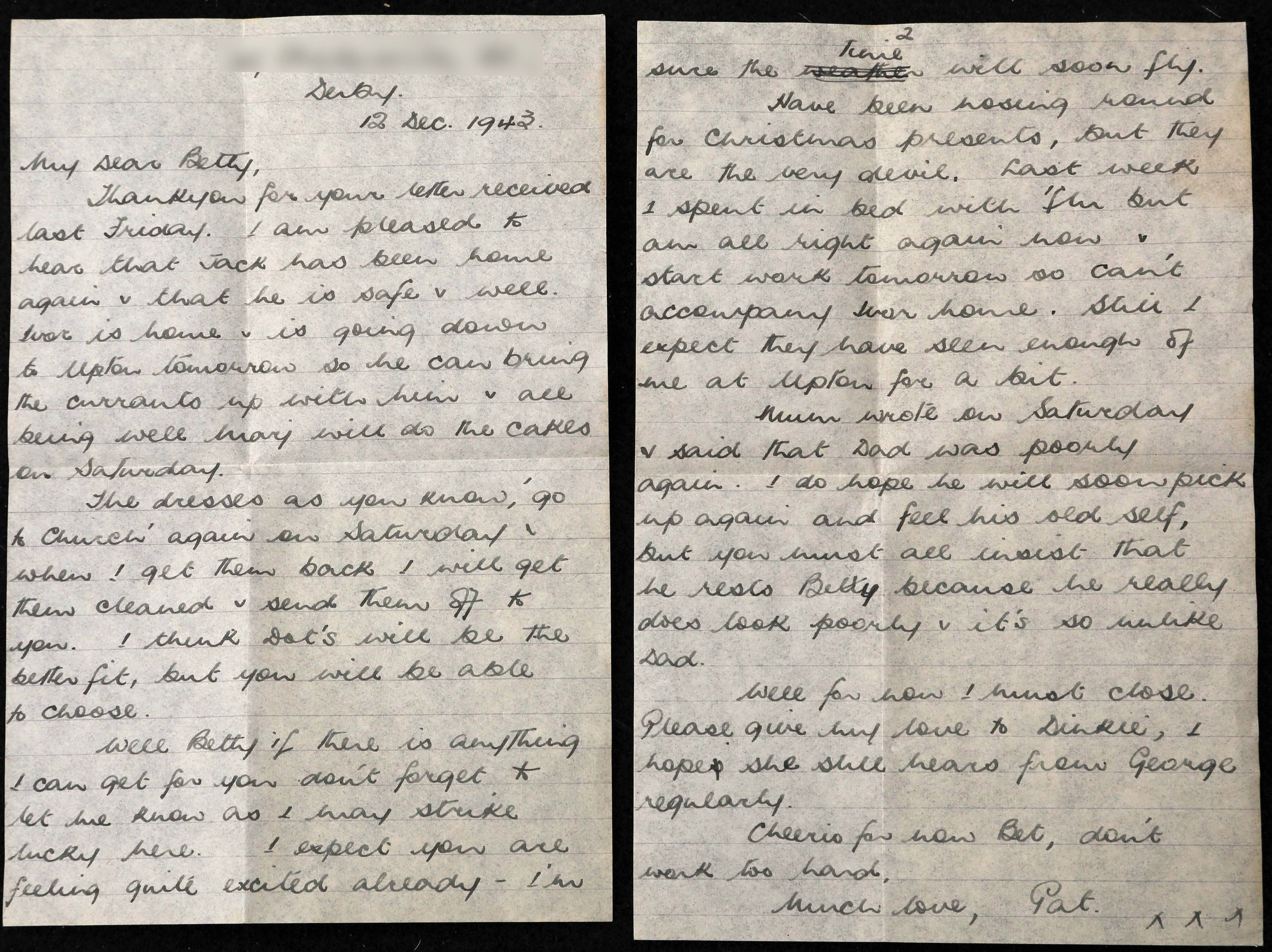 The letters ask for the return of gifts after Betty called off her engagement Credit: SWNS:South West News Service

“Because of the dissatisfaction shown in the earlier letter maybe Betty wanted to hide the letters from view.

“It must’ve been upsetting to have the wedding called off and fall out with her ex-fiancé’s family at a stressful time during the war.”

A copy of the Malvern Gazette, dating back to 1948, was also found by the couple during their renovations.

Georgia explained: “We bought the house back in 2017 and we were going room to room renovating it.

“The first letter and paper were found between the original floorboards, we could see whoever put them there had used them almost like insulation. 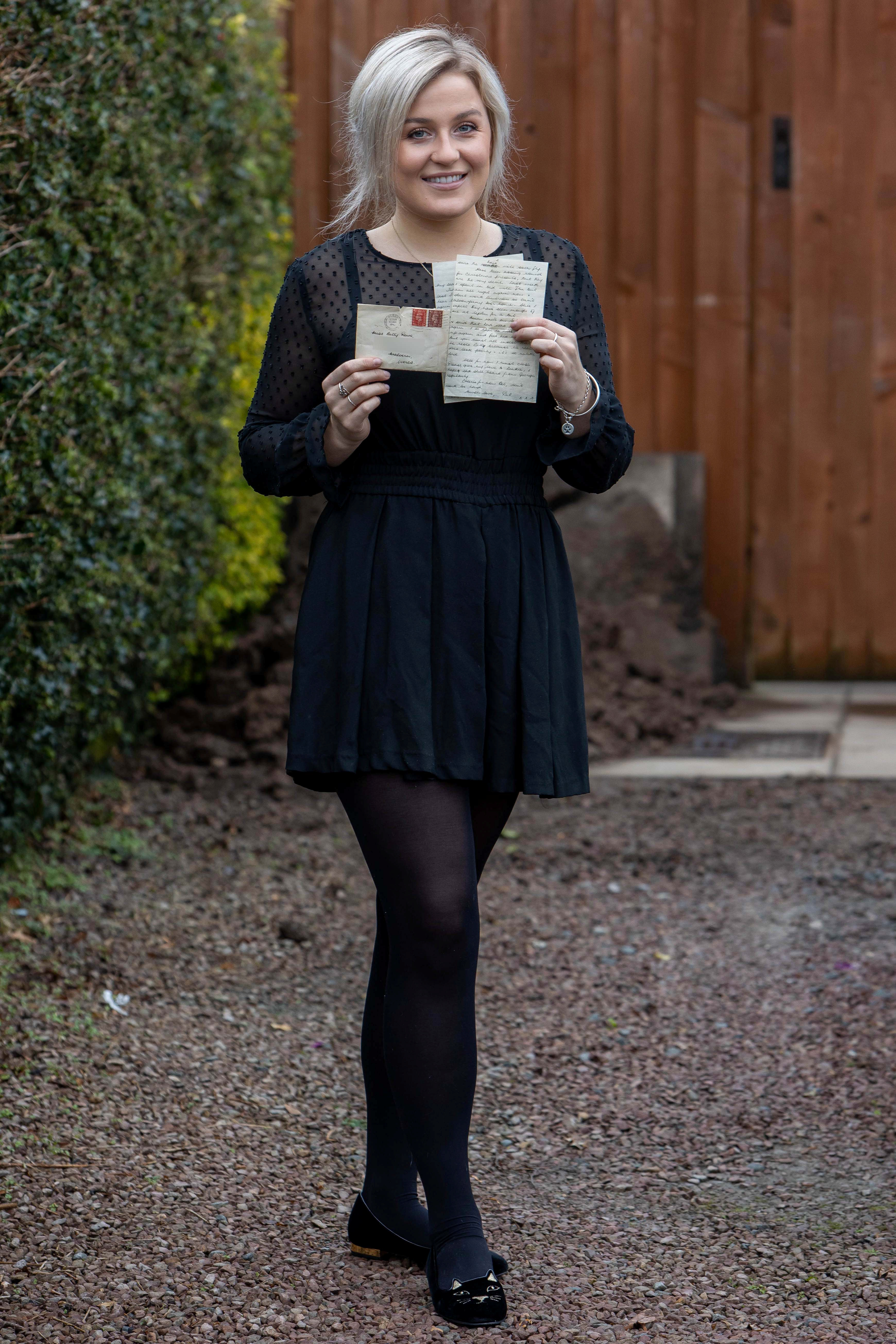 Gat demanded a ring and ‘treasured silks’ to be returned to her family Credit: SWNS:South West News Service

“They were folded up so tightly they were almost perfectly preserved.

“We went through them and took bits to put in a frame which we have got on the wall.

“It may be that the family is still living nearby, so we might even be able to reunite them.”

She added she was surprised the treasures had not been discovered until now, and added she’d framed them but was happy to return them to Betty’s family.

While this groom’s ex heads to ceremony to STOP wedding on big day – & the bride says she’ll fight back.

Plus this bride asks her groom-to-be if she can hug her ex-boyfriend ‘one last time’ – and he says yes.

And this couple who reveal they waited until marriage to have sex are viciously trolled on TikTok as ‘f****** nerds’.